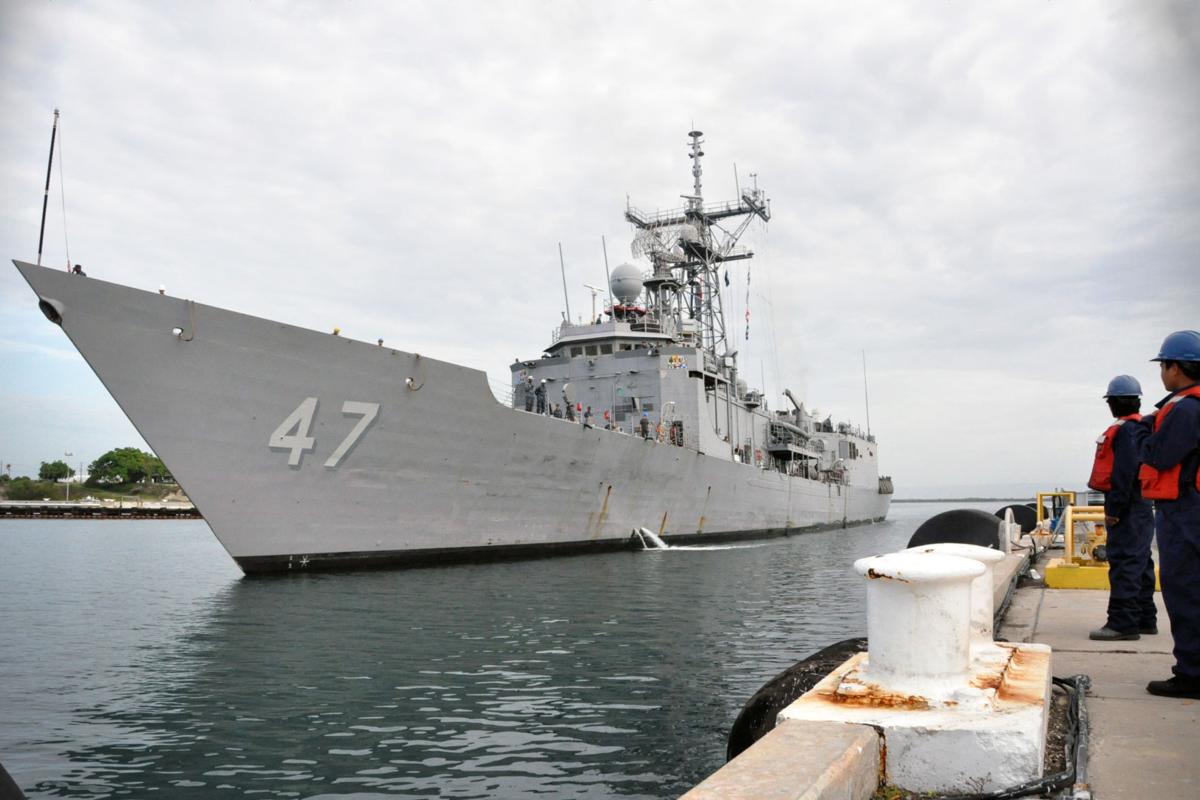 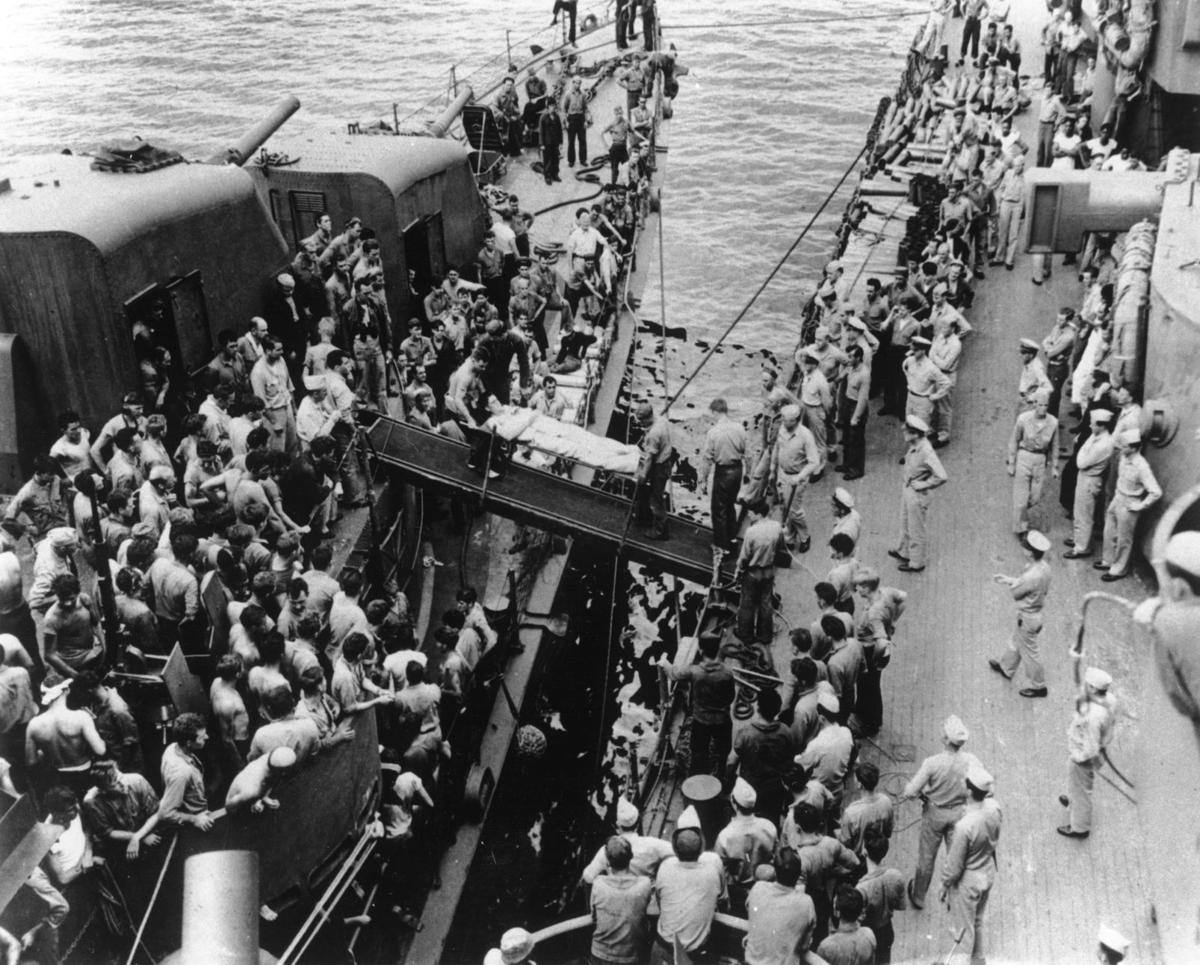 A survivor of the USS Helena is transferred on a gangplank from the rescuing destroyer, believed to be the USS Nicholas (left), to a big U.S. battleship on August 14, 1943. The light cruiser USS Helena had been sunk by Japanese torpedoes in the Battle of Kula Gulf. File/AP

A group of veterans, ranging from World War II to the Gulf War, who all sailed aboard the USS Nicholas are reuniting in Charleston this week.

First commissioned as a Navy destroyer, it sailed from 1942 to 1970 before being relaunched under the same name as a frigate from 1983 to 2014. It was named for Maj. Samuel Nicholas, the first commandant of the U.S. Marines. Crew members ranging from the so-called Greatest Generation onward are gathering through Sunday to reflect and remember their service.

Some sailors are as close as Summerville and Charleston while others came from as far as Washington state and California.

"Time's getting short," said Bill Linn, a 1960s Navy veteran from Washington state. "If we don't get together and share our past experiences, then we'll lose a part of our history."

The reunion is a homecoming of sorts. When the USS Nicholas was relaunched as a frigate in 1983, it was a part of Destroyer Squadron 6 in Charleston alongside the USS Taylor and O'Bannon.

Many of the sailors from the Nicholas stayed in the Charleston area. Bringing the annual reunion to the city was a chance for them to get involved.

"The key to having the reunion here was to have as many people from that crew show up," Navy veteran Leon Baehre said.

The USS Nicholas holds the Navy record for battle stars with 16 from World War II, five from the Korean War and nine from the Vietnam War. During World War II, the destroyer fought throughout the Pacific theater and was present in Tokyo Bay for Japan's surrender.

In the 21st century, in its second life as a frigate, the USS Nicholas became the first warship to enter Neum, Bosnia, since 1917.

The reunion is happening through Sunday at the Town and Country Inn and Suites off of Savannah Highway. Charleston-area crew members who wish to attend can call 618-283-0342 for details.