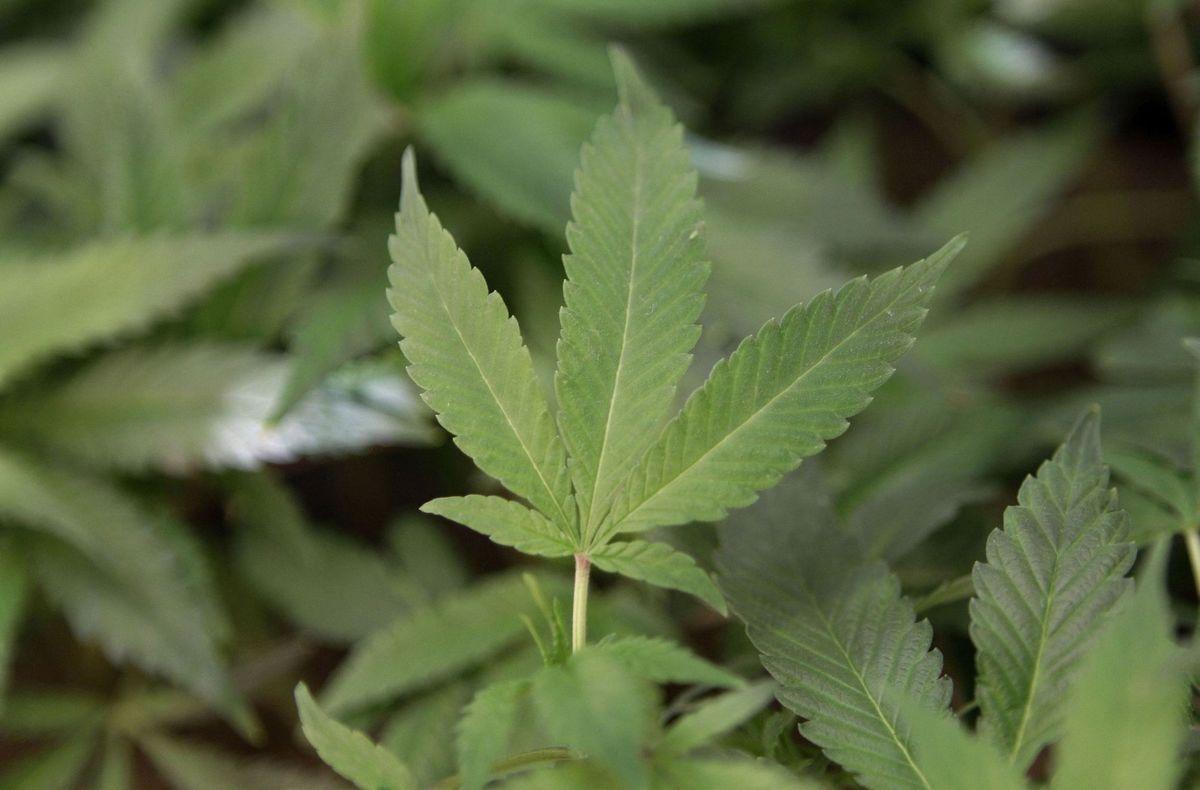 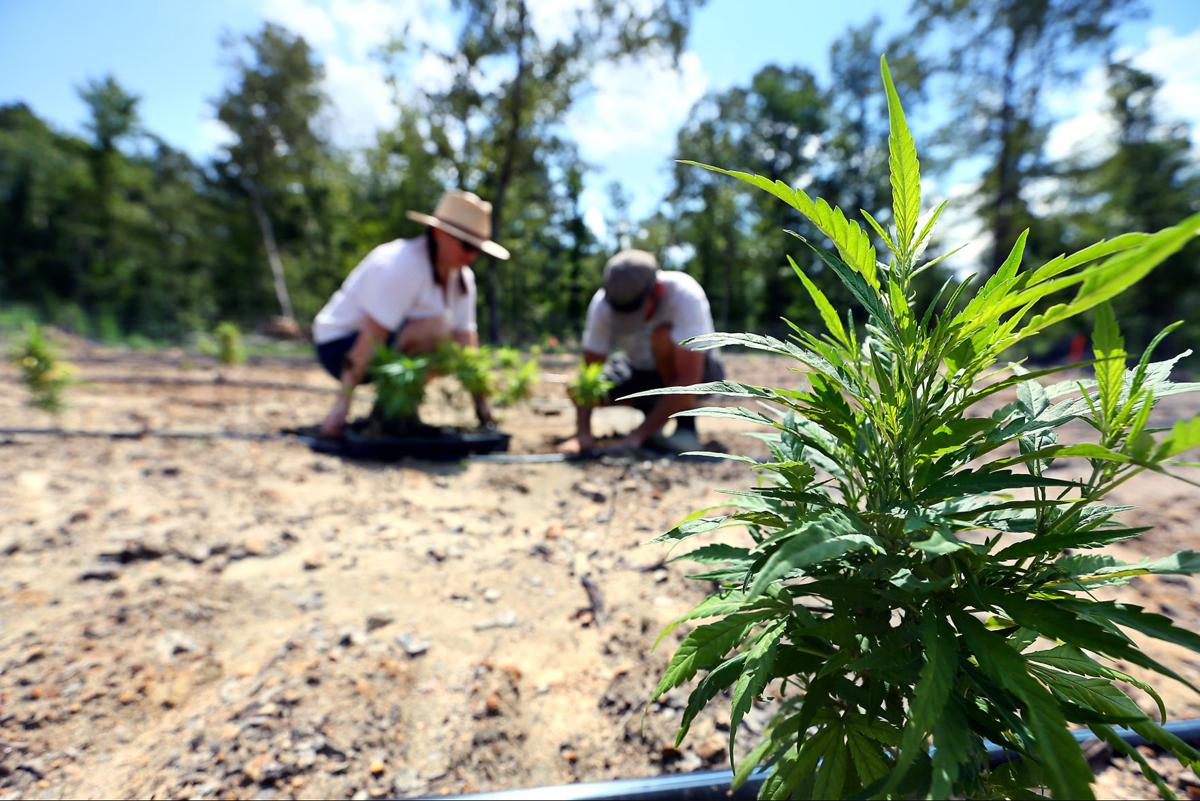 Harlow Tighe and Matt O'Brien planted hemp on a timberland farm in Fairfield County after receiving one of 20 first-year permits to grow it in South Carolina. South Carolina lawmakers want to lift the cap on how many farmers can grow the crop. File/Wade Spees/Staff 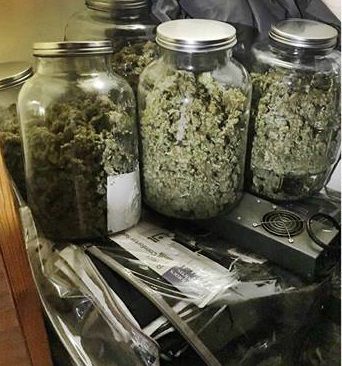 Marijuana seized from a home near Goose Creek is pictured after a raid that led to trafficking charges against five people in 2018. File/Berkeley County Sheriff's Office/Provided 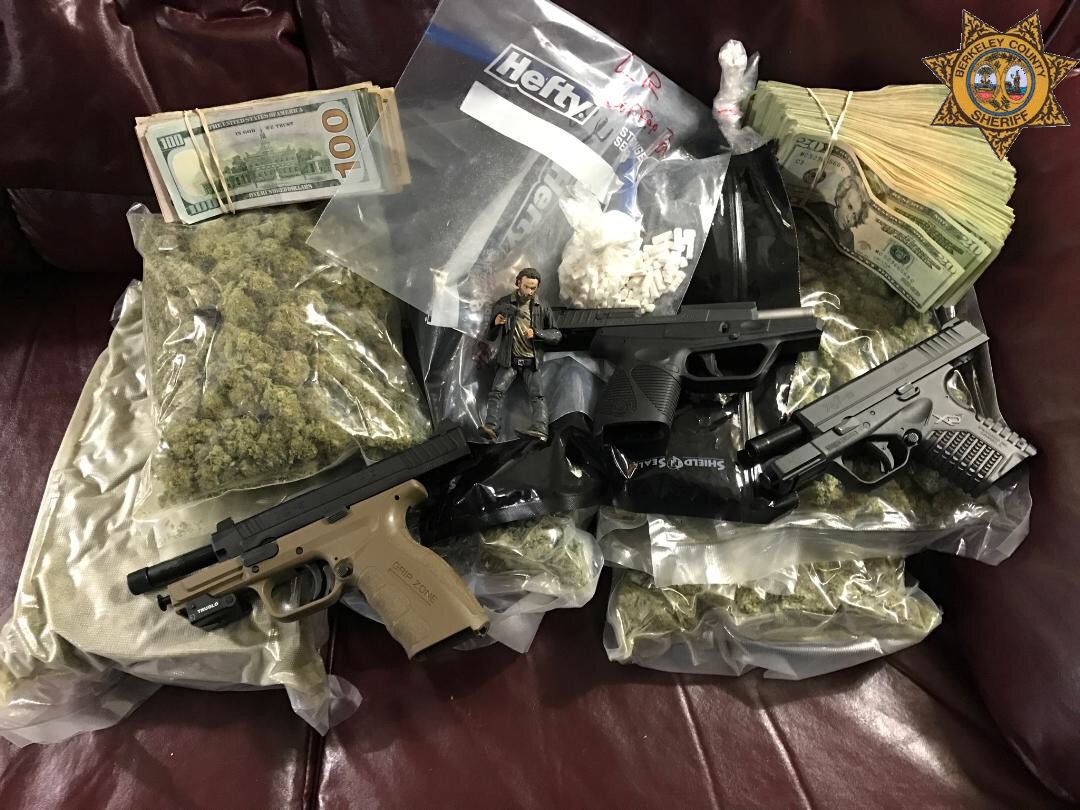 Harlow Tighe and Matt O'Brien planted hemp on a timberland farm in Fairfield County after receiving one of 20 first-year permits to grow it in South Carolina. South Carolina lawmakers want to lift the cap on how many farmers can grow the crop. File/Wade Spees/Staff

The arrival of industrial hemp in South Carolina recently prompted law enforcement agencies to change how they test plant material, turning to a new method to differentiate between marijuana and legal cannabis — varieties of the same plant.

The State Law Enforcement Division in December terminated a program that for decades trained hundreds of officers around the state to test plant material. Now, marijuana analysis will only be performed by scientists, a move that some officials say will likely create a significant backlog at drug labs.

The change comes at a time when agriculture officials are hoping to expand the state's hemp production to yield a new cash crop for farmers.

"We never expected to see hemp plant material showing up in stores around the state," said Maj. Todd Hughey, SLED's forensic lab director. "Once we realized that was occurring, we decided that since it was in the state, there is potential for confusion."

Hemp and marijuana are varieties of cannabis sativa, but hemp contains only trace amounts of psychoactive tetrahydrocannabinol, or THC. The law defines industrial hemp as cannabis that has no more than 0.3 percent THC. It will not get you high.

A select group of farmers has been growing hemp in South Carolina as lawmakers have allowed the state Department of Agriculture to issue roughly 60 permits for a pilot program that launched in 2018. A bill that passed the S.C. House on Thursday would lift the cap on the number of permits, opening the door to the possibility of hundreds of hemp farmers in the Palmetto State.

Some farmers are growing hemp to make CBD, or cannabidiol, which can be used for medicinal purposes and has become a popular ingredient in some food products and drinks. Hemp fibers can also be made into clothing, rope, paper and even parts for the doors on BMW luxury cars.

For more than two decades, SLED taught law enforcement officers how to perform microscopic analysis and chemical spot tests. Hughey said the program presented an efficient way for officers to test marijuana themselves instead of sending samples to SLED's lab in Columbia.

Industrial hemp posed a problem because the testing procedures can't differentiate between the legal plant and marijuana; the tests only measure for the presence of THC, not its concentration.

As a result, SLED issued a memo announcing a new method of quantitative analysis of THC, a more involved test that can only be performed by trained chemists using a specialized instrument. Officers were told to discontinue the prior method. As a result, cases must be sent to SLED's laboratory or to one of the 14 municipal and county drug labs around the state — if chemists there adopt the new procedure.

Hughey said it will be up to individual solicitors to decide whether pending criminal cases involving marijuana that was tested with the old method will be reanalyzed.

Ninth Circuit Solicitor Scarlett Wilson, who oversees prosecutions in Charleston and Berkeley counties, said she expected a large backlog of hundreds of cases submitted for retesting.

"This will cause significant delays because SLED is already experiencing their own backlogs," she said in an email.

Her office will review its cases and pursue the ones that involved large amounts of the drug, guns or violence. To avoid overburdening SLED with retesting, she said she foresees the dismissal of straight "user" cases brought during the window when there was no quantitative testing of THC.

SLED said suspected marijuana sent to its lab will require a minimum of four weeks to be tested.

Three drug chemists are dedicated to marijuana analysis, but Hughey said officials are hoping local drug labs will absorb some of the work as the agency juggles a "significant" increase in lab submissions. SLED has held free training sessions to bring local drug chemists up to speed.

Judy Gordon, forensic services director for the Charleston Police Department, said she plans to get the new method online by the end of the month. The process won't be a major expense for the lab, but it'll likely be time-consuming due to quality control procedures, instrument verification and a lot of paperwork.

Gordon said the police department won't test cases for other agencies — at least not at first. The lab will first focus on reducing its own backlog.

"We're in a much better position than a lot of local agencies or agencies across the state," Gordon said.

In the Midlands, Lexington County sheriff's Capt. Adam Myrick said the agency will also have limited capacity to assist other departments that don't have a lab.

The new testing procedure comes with a big price tag for smaller municipalities, said David Martin, the sole forensic chemist at the Orangeburg Department of Public Safety. His lab already has the main instrument, which can run north of $100,000. But Martin said he's waiting on the purchase of a $10,000 analytical balance and "a whole host" of pipettes at $1,500 a piece.

Martin runs other drug tests for surrounding agencies, but the new labor-intensive process for marijuana analysis might slow the turnaround time and limit how much he can assist others.

"We have a fair amount of marijuana in Orangeburg, so when you're talking about the level of processing that’s required for this new methodology, it’s going to put a real crimp in what our capabilities may be," he said.

In Berkeley County, officials have recently highlighted several major busts that netted significant amounts of marijuana. In January, sheriff's deputies said they found more than 800 pounds of marijuana with a street value around $4 million in an industrial warehouse in Hanahan. And last spring, deputies seized marijuana, equipment for growing the drug and nearly two dozen firearms from a home near Goose Creek. Both cases led to felony trafficking charges against the suspects involved.

Officials say the change in testing and anticipated delays shouldn't impact the more serious marijuana cases going forward, as felony cases typically take a longer time to reach adjudication. But simple possession of marijuana misdemeanors, handled in magistrate courts, usually have a short timeline of a few weeks to a few months.

To allow for more time for SLED's testing, Berkeley County sheriff's Chief Deputy Jeremy Baker said the agency has pushed back court dates by 90 days for minor marijuana charges. Whether testing will take longer than that remains to be seen.

"This just started in December," Baker said. "We haven’t heard yet what the turnaround time is."