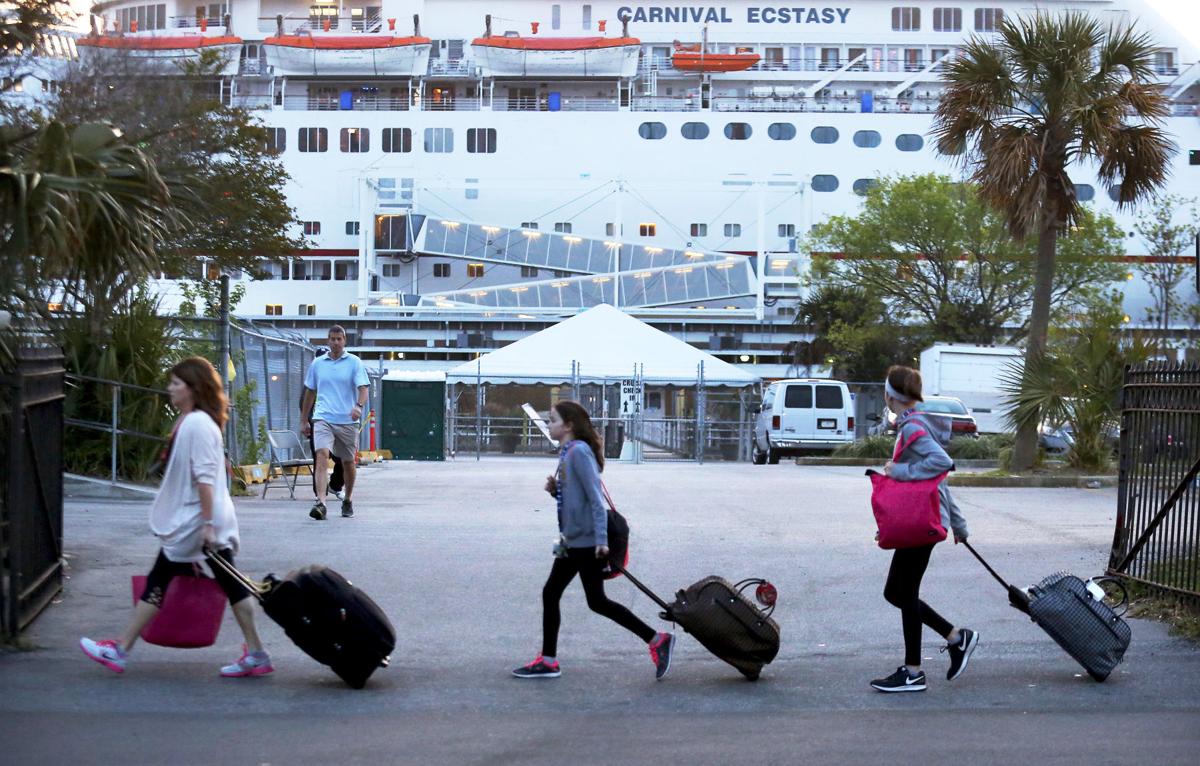 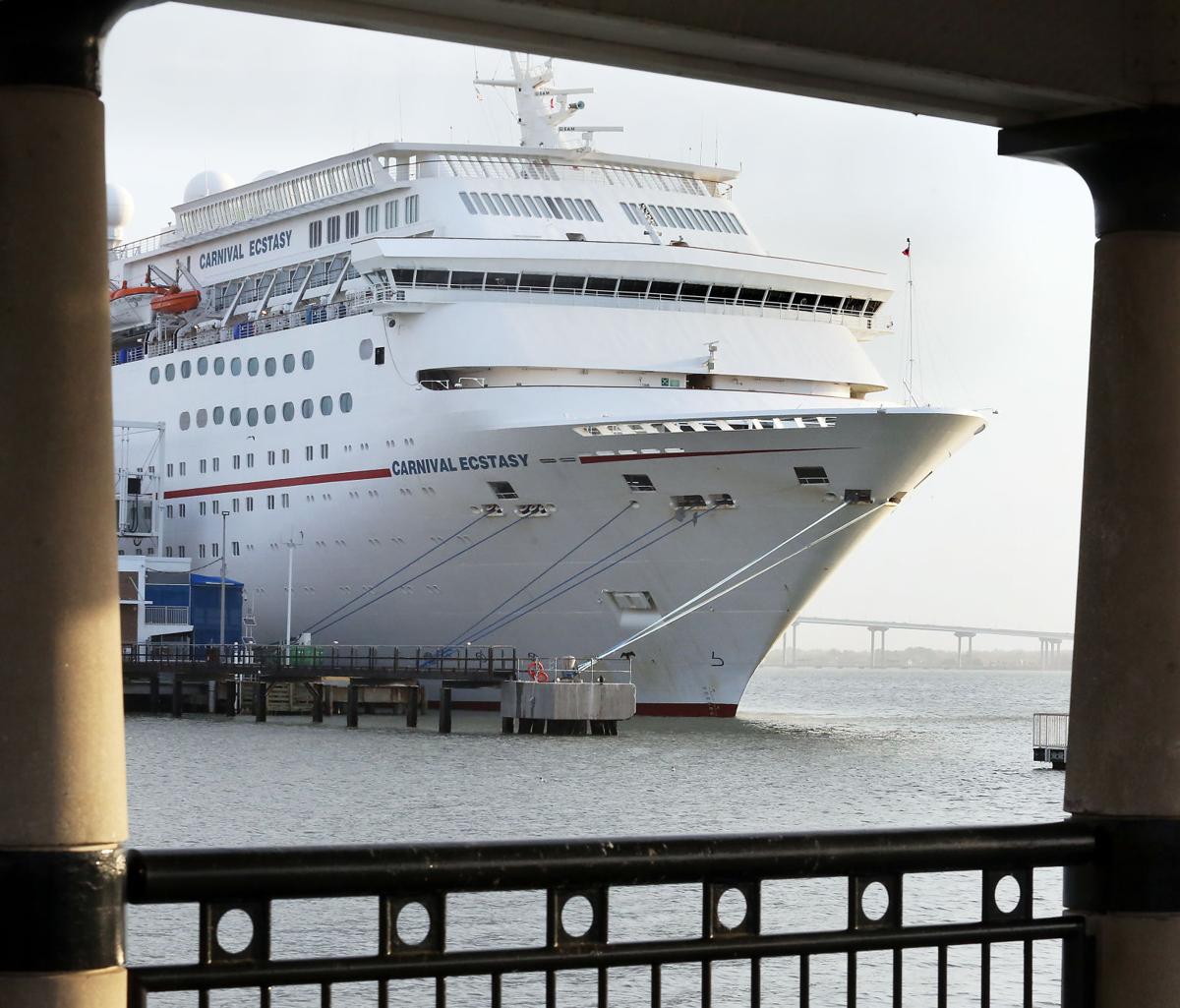 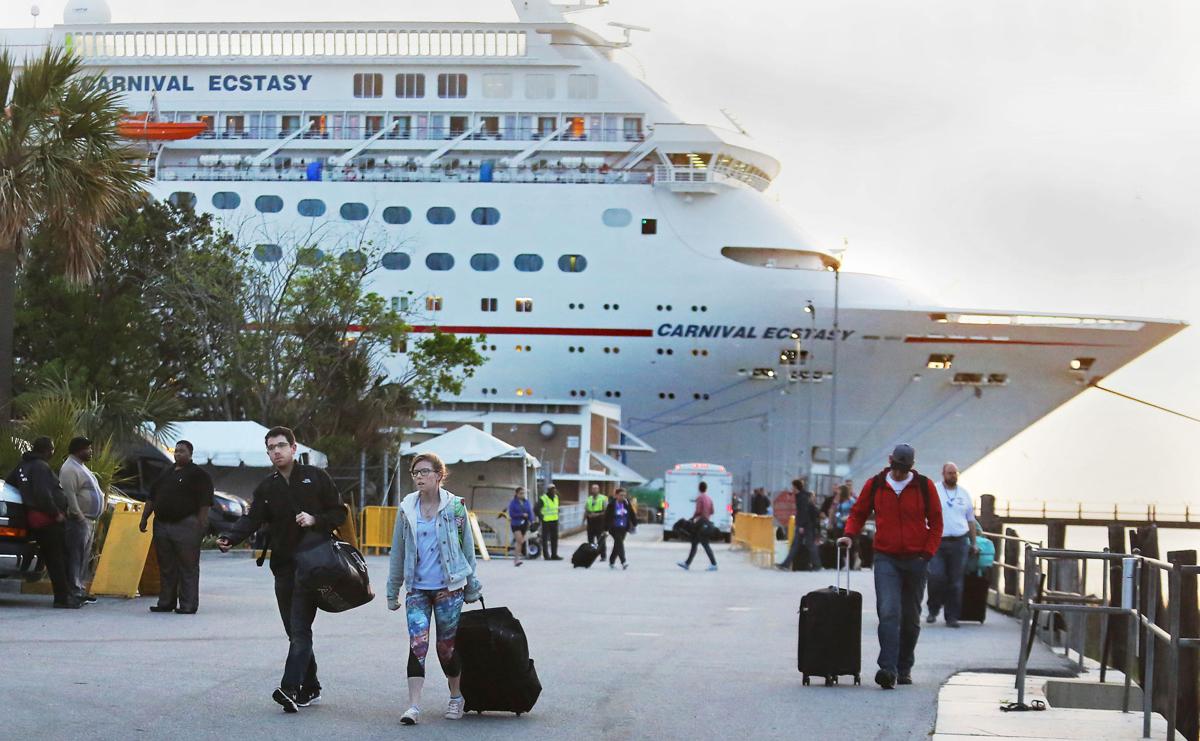 Just after sunrise at the end of Market Street on Friday, the Carnival Ecstasy docked at the State Ports Authority's Union Pier and emptied thousands of passengers from a five-day cruise onto the city of Charleston's sidewalks.

With suitcases rolling behind them, droves of people made their way to the port's parking facilities about a block over to retrieve their cars.

It's those moments, when passengers transfer from the port property to city streets, that some on City Council think would justify charging a head tax on the roughly 225,000 cruise ship passengers who embark and debark from Charleston each year.

Cruise lines don't have to pay business license fees or any other city tax to operate in Charleston, a fact that's been debated locally since the industry pulled into the harbor in 2010.

The Union Pier terminal is owned by the state, so it's not under the city's jurisdiction. Still, port officials and cruise lines have argued the industry benefits Charleston because passengers often shop, stay in local hotels and eat at restaurants while they're here, supporting the overall economy.

Others think the city should be compensated more directly for letting so many cruise customers use its sidewalks, streets and other public facilities while they're here.

The idea hasn't sailed very far in the past but some on City Council think it could gain more traction now that the larger Carnival Sunshine is headed to Charleston next year.

Charleston isn't the primary destination for cruises. It's where passengers board a ship to go elsewhere, typically the Bahamas.

That's why some critics of the industry have pushed back against the port's claims that cruise ships generate tourism dollars for the city.

"The people that are coming here to board cruise ships are typically just driving in super early in the morning, boarding the ship and then coming back to hop in their cars and leave again," said Winslow Hastie of the Historic Charleston Foundation. "The city doesn’t see a dime from that."

In 2015, City Council unanimously passed the Tourism Management Plan, which recommended the city look into whether it can charge a head tax on cruise passengers.

Because Union Pier is state-owned, any local taxes on the cruise industry would likely have to be approved by the state Legislature. The city hasn't pursued the issue far enough to figure out what its other options would be.

City Councilman Mike Seekings, who represents part of the Historic District on the peninsula, thinks it's well past time to find out.

He recently gave a presentation at a council meeting to drum up support for the idea, arguing that the city needs a new revenue stream to pay for all the drainage projects and other infrastructure improvements needed across the city.

“We’re losing a huge generation of revenue to address the issues we’ve got from affordable housing to drainage," he said.

If the city charges $25 per passenger, it would bring in nearly $8 million annually, he said.

That stream could grow once the Sunshine begins operating in Charleston next year. The ship, with a capacity of about 3,000 passengers, would replace Carnival's Ecstasy, about half its size.

"A head tax would not be warranted," he said. "Cruise passengers who choose to be visitors in the City of Charleston should be treated no differently than other visitors who utilize its public infrastructure.”

SPA pays the city for off-duty police officers to patrol the Market area when cruise ships embark and debark at the port.

'Dead in the water'?

The port has said revenue from cruise ship operations account for 5 percent of total operating revenues, or about $10.5 million annually.

Passengers last week seemed split on whether they felt like another $25 fee from the city would be a fair ask.

Keith Shanty of Asheville said that's about the cost of a drink or two on the ship, so it wouldn't really make a difference to him.

Lesa and Jimmy Plunk of Adamsville, Tenn., said an extra tax might have made them reconsider where they embarked for the cruise. The couple felt like they had already spent too much on parking and tipping bartenders aboard the ship.

"There are already so many other hidden fees that they charge you," Lesa said.

While most council members generally agreed with Seekings, they had differing opinions on whether the old fight was worth reviving.

"I'm still for it, but unless we can get the SPA CEO Mr. Newsome on board, it's dead in the water," said Councilman Dudley Gregorie.

Mayor John Tecklenburg said state legislators have told him it probably wouldn't gain many supporters, which is why he's focused on finding other pots of money for drainage.

"Sometimes politics is the art of the possible and what you can get done," he said. "The head tax request is going to be very controversial."

Council members Carol Jackson and Marvin Wagener felt like it was the right time to make a new pitch to state leaders, given the city's obvious need for better infrastructure.

"The world has changed in the last six years," Wagener said. "Let’s take it and run it up the flagpole. I think it’s a good idea to give it a shot, at least."

Seekings said, at this point, he's only asking the city to explore its options. Tecklenburg said he's open to doing that.