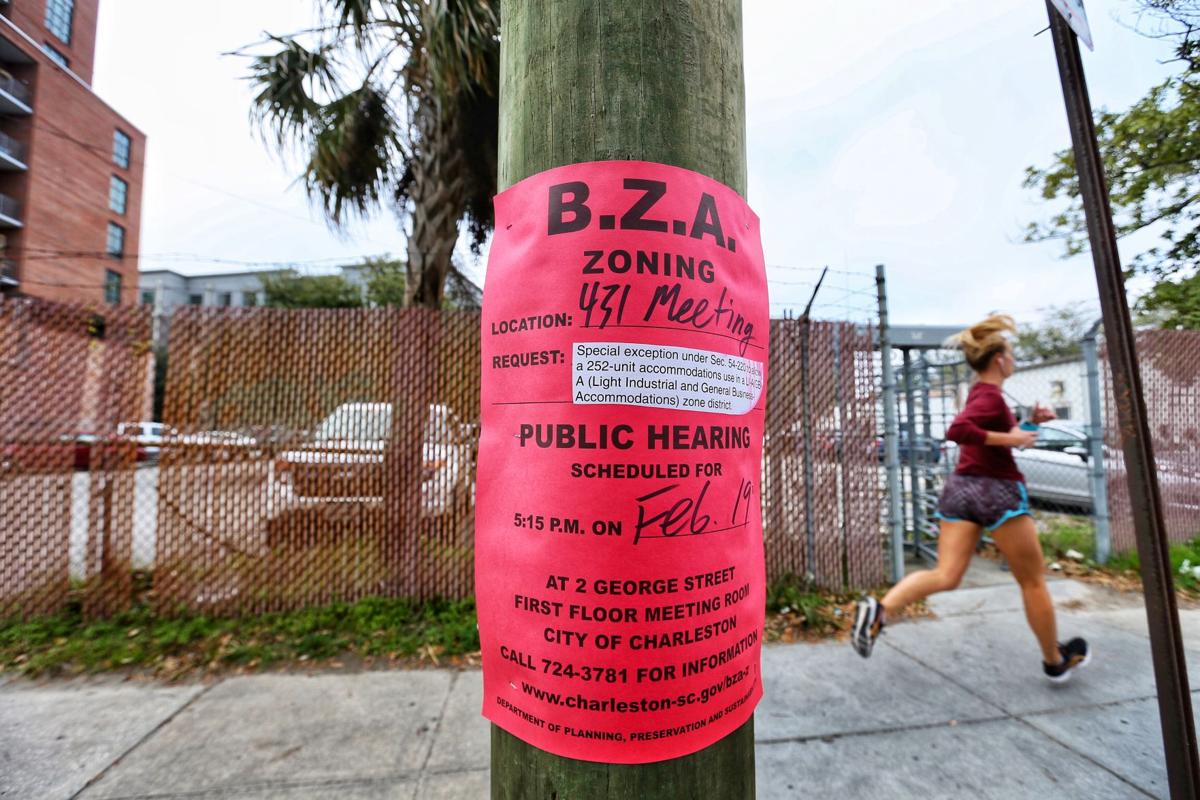 Mayor John Tecklenburg's most recent proposal to limit where hotels can be built would not have allowed the 252-room hotel project on the former Charleston School of Law property. Wade Spees/Staff 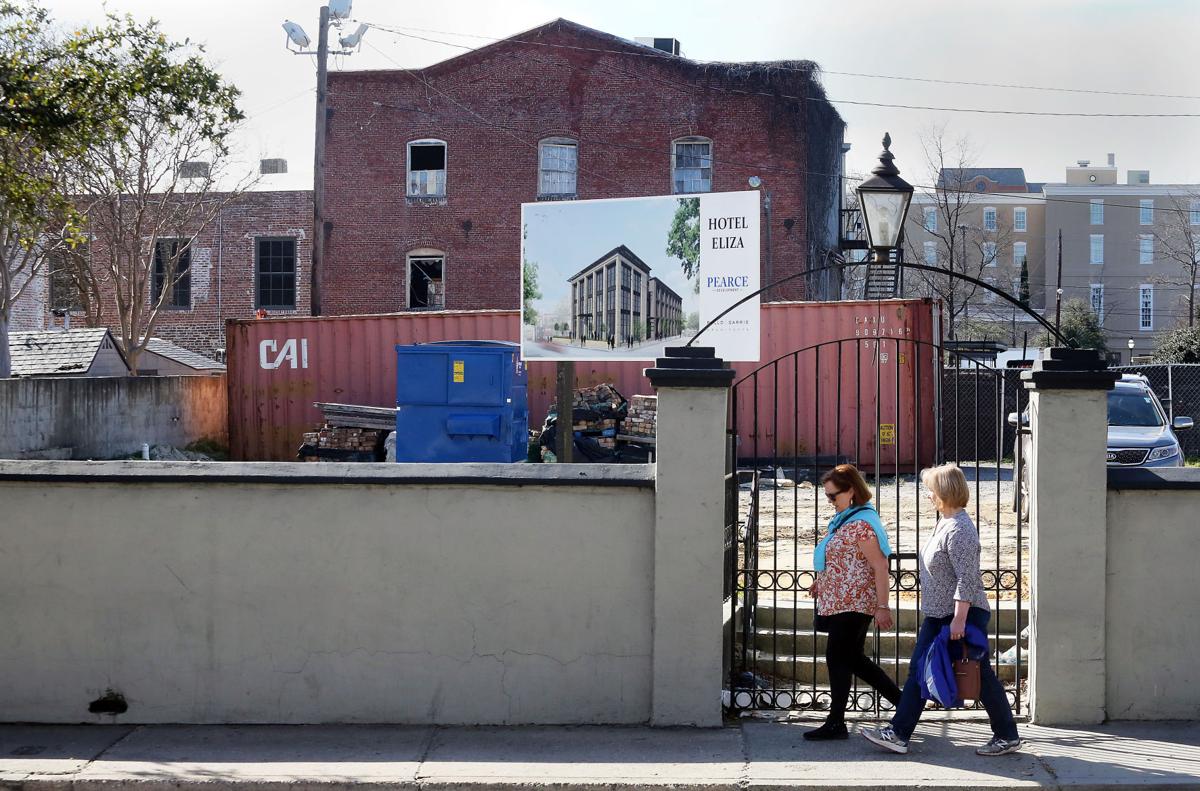 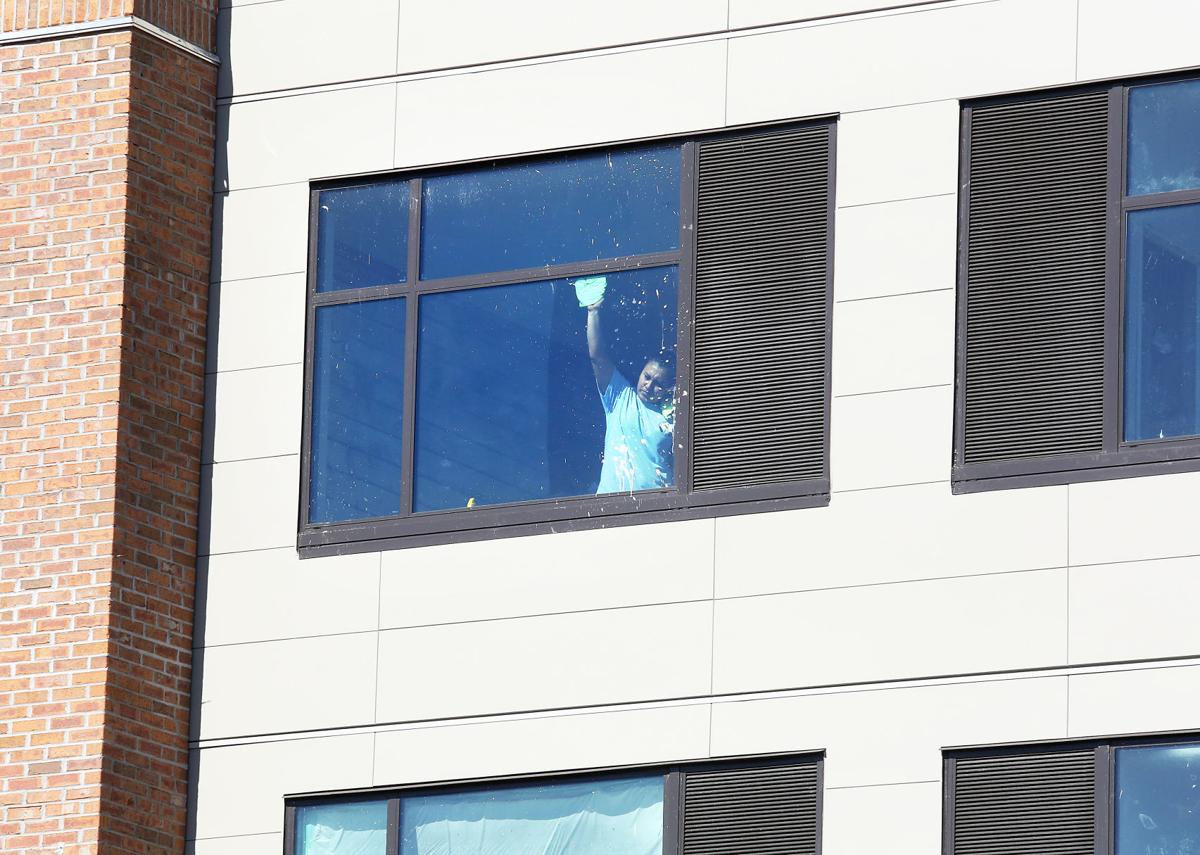 A construction worker cleans windows at the Cambria Riverview, which is located at 84 Ripley Point Drive and will open later this year. Brad Nettles/Staff 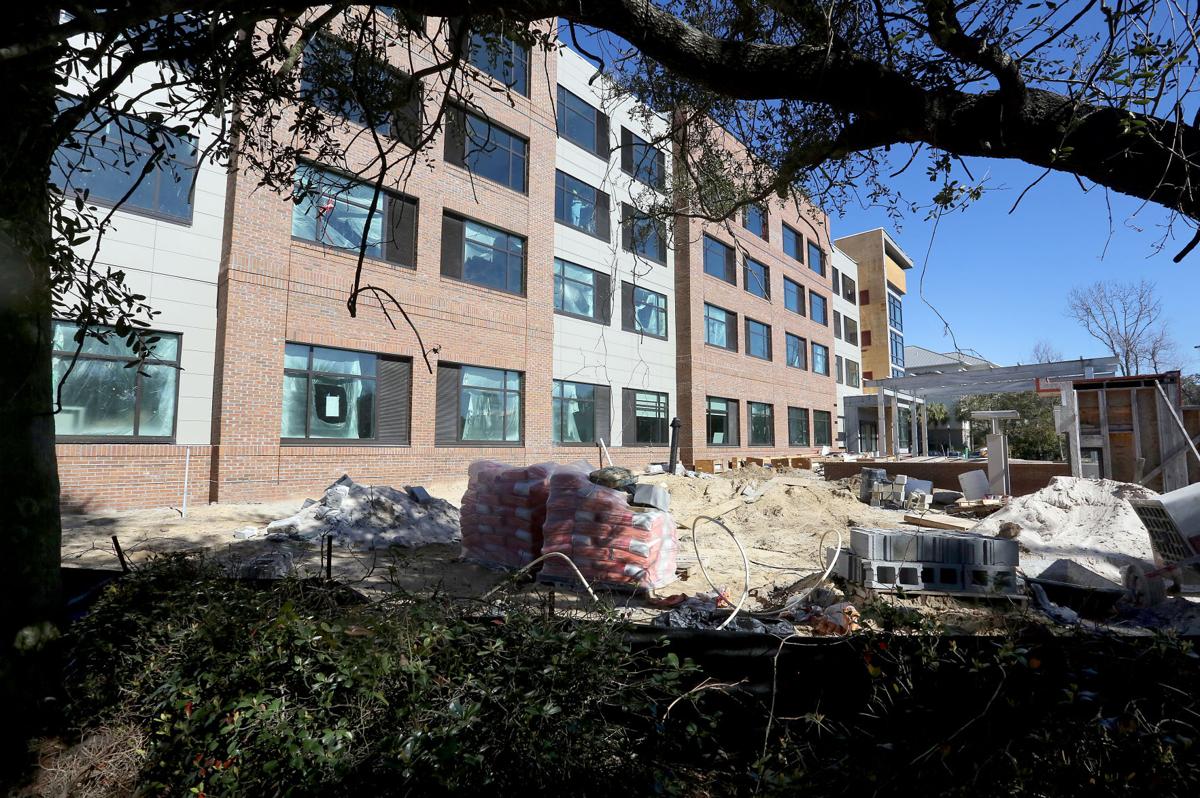 Cambria Riverview is located at 84 Ripley Point Drive and will be opening sometime in 2019. Brad Nettles/Staff 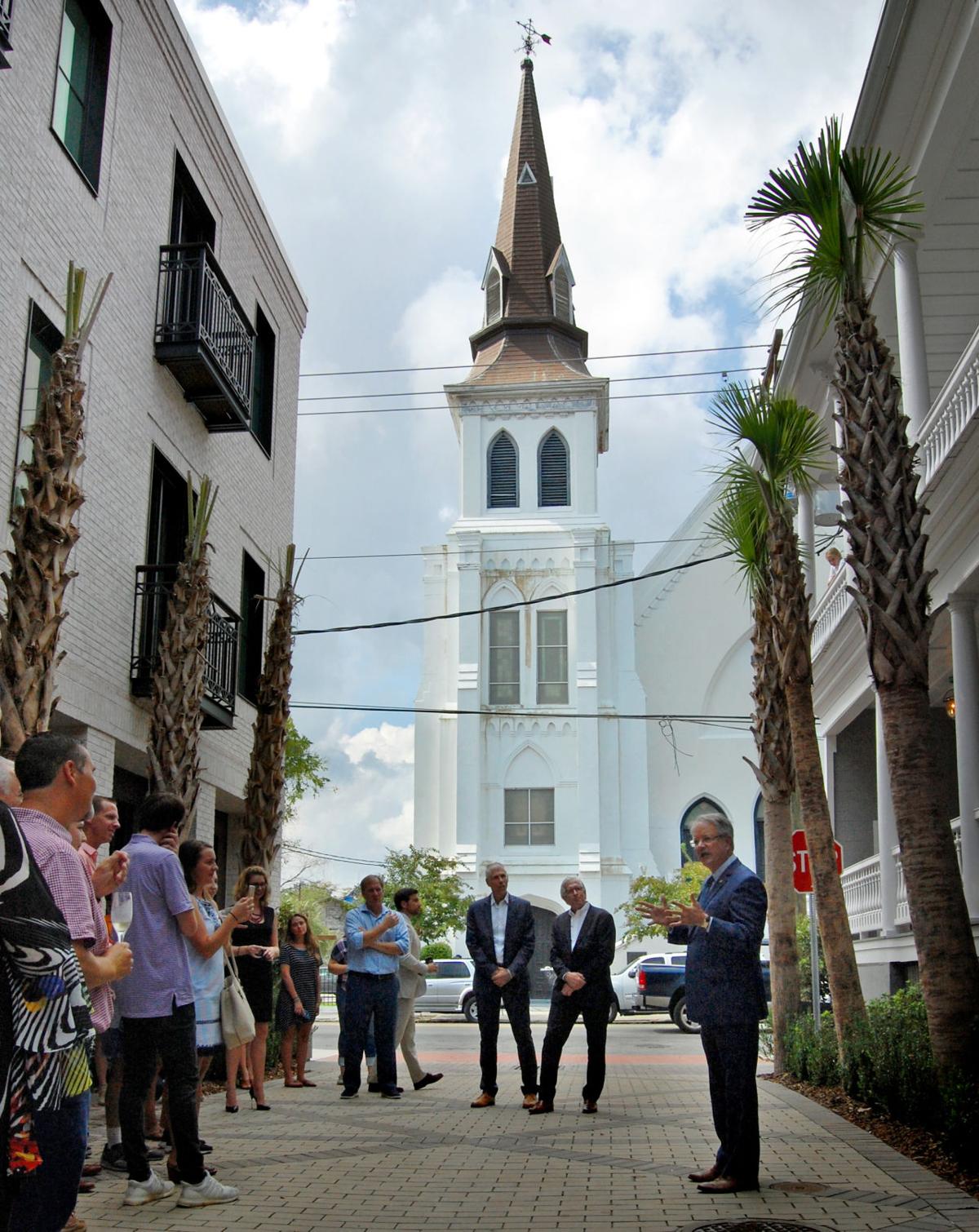 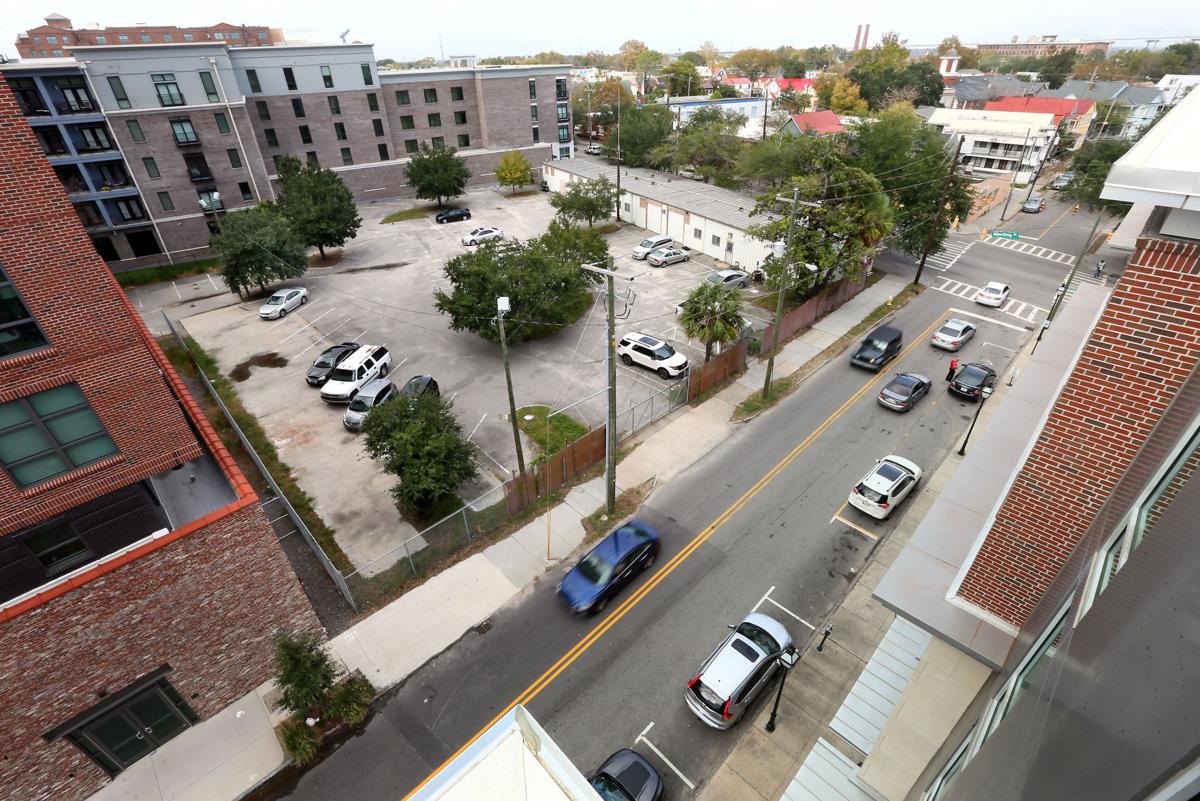 A lot on Meeting and Woolfe streets that was initially purchased as a potential location for the Charleston School of Law could be on track to become a new hotel. File/Wade Spees/Staff

Mayor John Tecklenburg's most recent proposal to limit where hotels can be built would not have allowed the 252-room hotel project on the former Charleston School of Law property. Wade Spees/Staff

Charleston Mayor John Tecklenburg has been unable to deliver on his 2015 campaign pledge to curb the city's rapid proliferation of hotel rooms, and more are going up as a result.

It's not all his fault: He has only one of 13 votes and has been unable to convince enough City Council members to pass substantial new restrictions on hotel development.

And that has had real consequences: Downtown's most recent proposed hotel, a 252-room project on the former Charleston School of Law property, would not have been allowed had Tecklenburg's most recent proposal — to reduce the number of downtown properties where hotels may be built — won approval.

Most everyone agrees it's a problem; it's tougher to get consensus on how to tackle it.

Kristopher King of the Preservation Society said hotel proliferation remains an issue his members are most concerned about.

“We’re seeing the hotelification of the peninsula and the city of Charleston,” he said. “Frustrations are very high.”

Tecklenburg said he will try again soon to curb the number of future hotel sites.

"What is that they say? Everything is OK in moderation," he said. "I just feel we’re at the point where we’re getting a little overboard, over that tipping point where over time it will detract from the quality of life and diversity of use that our city enjoys.”

How many are too many?

Currently, the peninsular city has about 14 hotel rooms for every 100 residents — more than Boston, less than Savannah and New Orleans, and about the same number as San Francisco, based on a 2016 study by city planners.

And the city wants to keep it that way, Planning Director Jacob Lindsey said.

"We don't want to tip beyond where we are right now," he added.

"Savannah is a good place to be. It's a question of the kind of city we're trying to create in Charleston," he said. "Charleston has more residents in its city center, more retail in its center, a more balanced downtown. Other cities have downtowns much more focused on tourism and less serving residents living there in the city."

During the 2015 mayoral race, the city's hotel boom loomed as one of the largest issues where Tecklenburg and his runoff opponent, state Rep. Leon Stavrinakis, disagreed.

Tecklenburg called for a one-year hotel moratorium, saying, “I just feel like we need to ask the question: When is enough enough in terms of hotel rooms on the peninsula?”

But Stavrinakis' campaign called moratoriums "arbitrary job killers" that should be used only in emergencies.

Tecklenburg won the election, but Stavrinakis' viewpoint has mostly prevailed since — at least on City Council.

Council members rejected the notion of a moratorium on hotels, and they also brushed back efforts to require developers to build affordable housing if their proposed hotel displaces residential units. It also declined to trim 86 properties out of the city's overlay zone, the only area on the peninsula where hotels may be considered.

But City Council did require downtown hotel developers to provide parking or bus passes for employees, to present plans for valet services and passenger loading areas and to provide guests with shuttle services to the historic district. And it has limited short-term rentals, a separate but related issue.

Some council members indicated they’re willing to do more, depending on the details.

“I think the city is being overdeveloped with hotels,” Councilman James Lewis said. “I think it needs to stop at some point.”

And Councilman Mike Seekings, who plans to decide by April if he'll run for mayor this year against Tecklenburg and possibly others, noted the city already has shrunk its accommodations zone four times since he joined City Council.

He also said he favors taking a fresh look — but also one that looks at other development possibilities such as apartments.

"I  think there was way too much focus put on one class of construction and not on how all the construction was interrelated," he said.

King said he thinks the city needs more data to tackle the issue properly, especially as market forces make new hotels such a popular choice of things to build.

“When you look at hotels, this isn’t a peninsula-only conversation. This has to be a citywide strategy,” he said. “If you build less downtown and more on the edges, that is going to put more people in their cars. We need to understand the pros and cons of tourism much better.”

During the 2015 mayoral race, downtown Charleston had seen almost 400 new hotel rooms added, an increase of more than 10 percent. It had 3,944 hotel rooms total by year's end, with another 370 rooms under construction.

Meanwhile, the local hotel boom is not simply a downtown phenomenon. At the end of 2018, Charleston County had 17,110 hotel rooms. In the first half of this year, at least 540 new hotel rooms are expected to be added to that total — which would outpace last year's total.

Last month's opening of the 179-room full-service Hotel Bennett on Marion Square, now one of the largest hotels on the peninsula, kicked off that growth. Other openings, including two in West Ashley, are set for the coming months.

Significant increases in hotel rooms often cause at least temporary dips in occupancy rates, said Daniel Guttentag, the director of the College of Charleston’s Office of Tourism Analysis.

And Charleston County saw a small, though unusual, dip in occupancy rates last year: Average occupancy was about 75.2 percent, almost 2 percent lower than the previous year. (Since 2010, it had increased every year but one — 2015 — College of Charleston figures show).

Still, Charleston’s occupancy rates outpace others in the state and in the country overall: Their figures were about 64 and 66 percent last year, respectively.

The city remains well out of the range that would raise concern for the industry, which typically sees trouble if occupancy ranges between 63 and 68 percent, said Scott Smith, an Atlanta-based analyst with commercial real estate firm CBRE.

So the pressure to build may only continue to build.

”I don't think it’s fair to blame the mayor or City Council," King said. "The bottom line is we have 13 decision makers (the mayor and 12 council members).

"Let's have a meaningful conversation and bring some data. The two priorities are we need a data-driven approach and we need to prioritize the residents over the profits of developers," he added. "I think everyone will say they’re committed to this. This isn’t about 'no hotels,' and I think that’s part of the problem. It’s about how we go about it."

Emily Williams contributed to this report.

The city analyzed the historic core of several cities to see how many hotel rooms they had relative to the populations of their core.

Source: City of Charleston (which based its analysis on census figures and Smith Travel Research).

252-room hotel, one of city's largest, approved for Charleston School of Law site

A new full-service hotel is coming to Meeting Street. And according to the city board which voted to approve the project, there was nothing in the city's code to stop it.