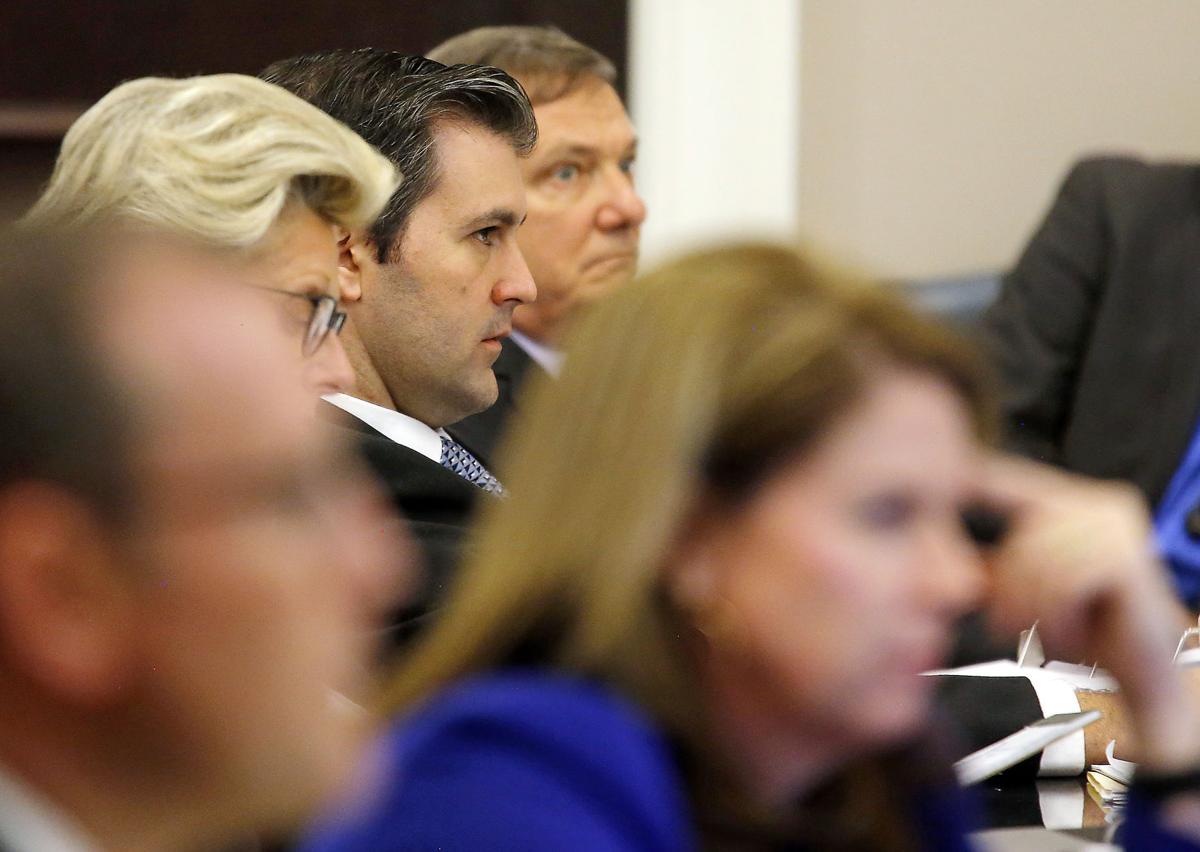 Michael Slager during pretrial motions before the start of the case Wednesday in Charleston. Grace Beahm/Staff 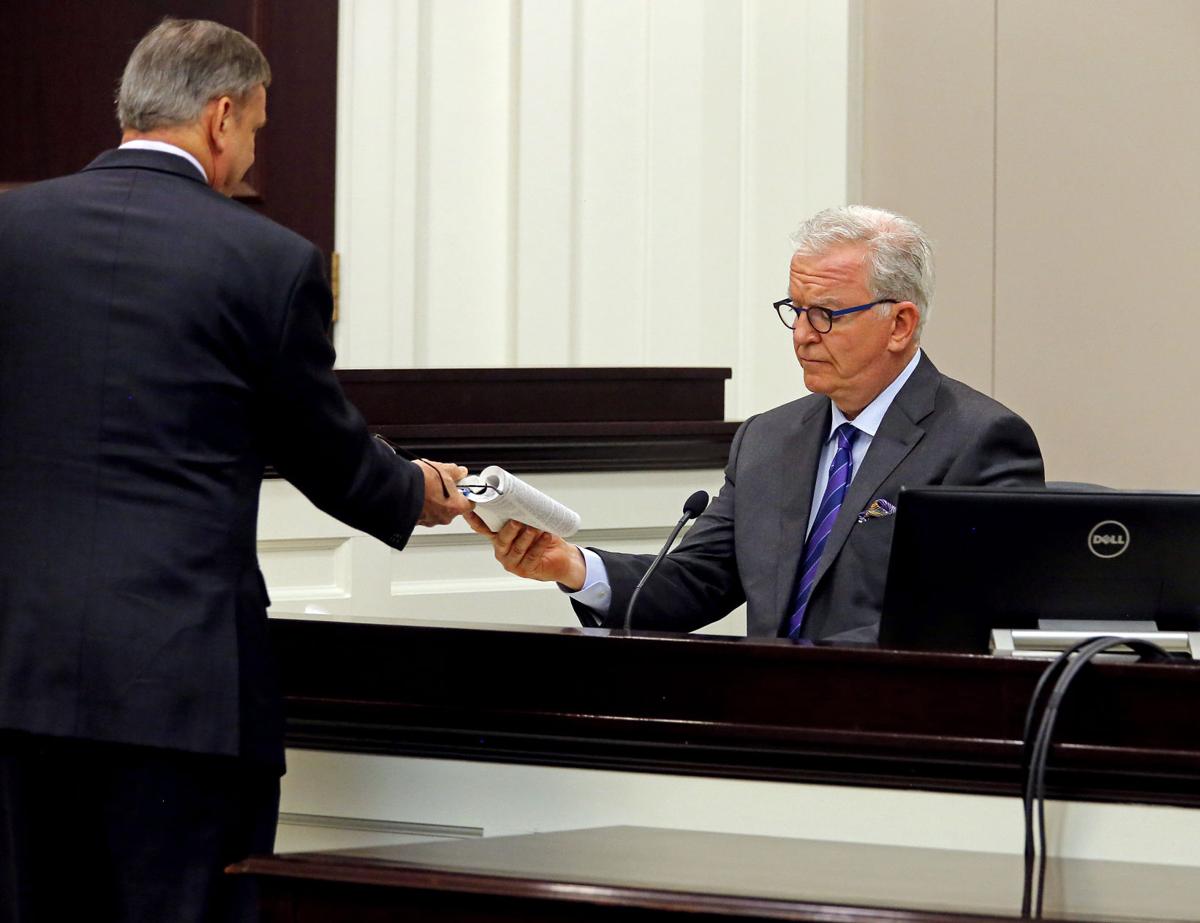 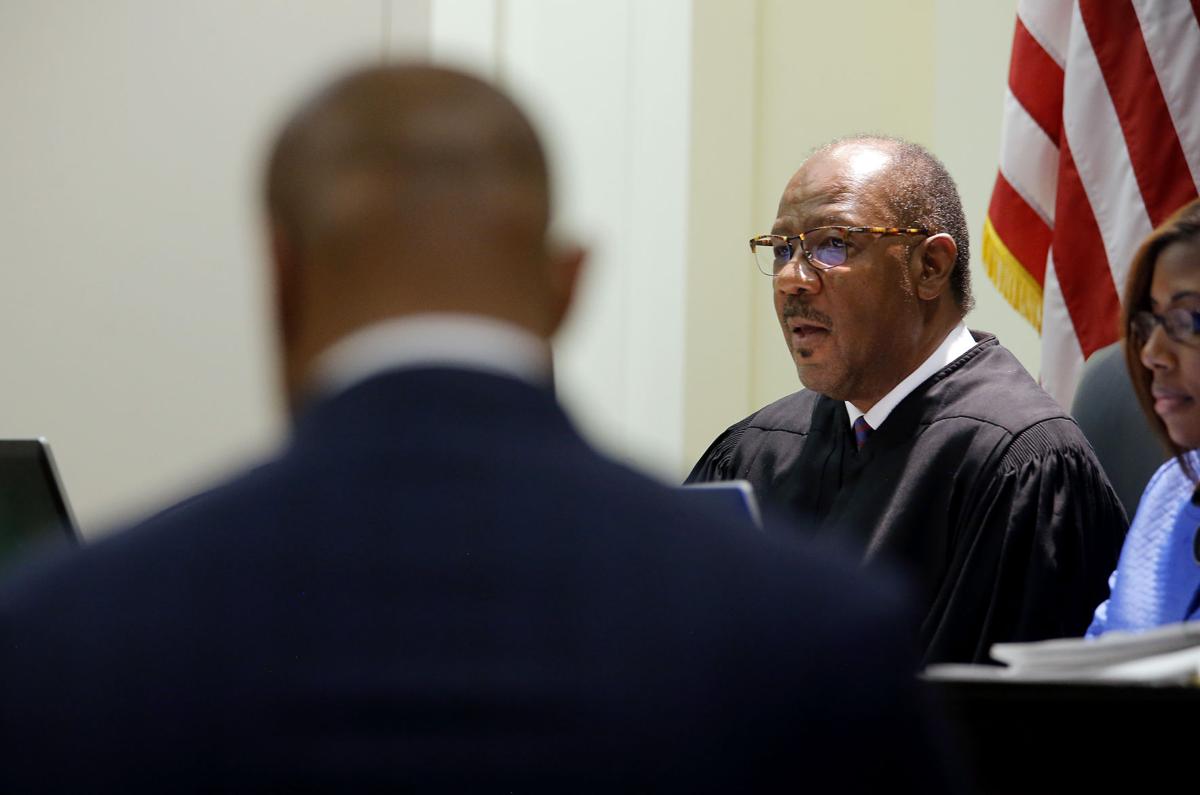 Michael Slager during pretrial motions before the start of the case Wednesday in Charleston. Grace Beahm/Staff

After a mostly white jury was chosen Wednesday to decide the fate of the white former police officer who killed Walter Scott, his attorney pressed on with a fruitless effort to move the trial and find new jurors who know less about the shooting and the video of it.

The 11 white people and one black man on the jury are expected to hear opening statements Thursday morning in Michael Slager’s murder trial. The trial's start in earnest will come despite protests by Slager's defense team, who expressed a fear that it would become a “bellwether” case for the nationwide scrutiny of police killings, particularly those targeting black men like Scott.

The jury held up after prosecutors dropped a legal challenge, alleging the defense’s dismissal of seven minorities from the jury pool was racially motivated.

The panel members were plucked at random from a pool of more than 100, all of whom knew about the killing, defense lawyer Andy Savage said in court after the group was selected. About 95 percent had seen the footage.

Savage requested a change of venue because voir dire, the questioning meant to elicit jurors’ biases, fell short earlier this week, he argued. The defense, he said, got little idea of the jurors’ views of Scott’s death and the video that emerged last year amid a wave of police criticism that was punctuated with chants of “black lives matter.”

Savage laid bare his qualms with “polluted” news coverage that didn’t show what happened before the video of the gunfire, and he asked for a more rural trial setting where there isn’t such “immeasurable saturation” of the case. He suggested Pickens, Union, Edgefield or Marion counties.

The presiding circuit judge, Clifton Newman, said he was unpersuaded by Savage’s argument, which included the attorney’s own testimony — an unusual scene in a criminal trial — after The Post and Courier objected to his subpoena for a newspaper reporter to testify about news coverage of Scott’s death. He noted that the pool of prospective jurors had vowed cast aside their knowledge of the case.

“They … (said) that they could be fair and impartial,” Newman said. “We selected 18 jurors who shared that same sentiment.”

With such pretrial motions aside, the case will rest squarely in the hands of the six white men, five white women and one black man who make up the primary jury. They will be sworn in before the start of testimony Thursday at the county courthouse in downtown Charleston. Six alternates also were selected: two white men, two white women and two black women.

Newman also brushed off a request to dismiss the state’s murder charge against Slager because the defendant also is being prosecuted on a civil rights charge in federal court. The judge said it wasn’t his place to overrule U.S. Supreme Court precedent allowing two sovereign governments to pursue a case against the same person without violating the Constitution’s prohibition on double jeopardy.

Slager, 34, faces between 30 years and life in prison if convicted of murder. He likely will stay free on bail through the trial.

The video footage of Scott’s death on April 4, 2015, showed the two struggling and Scott running away as the officer fired at him eight times. Slager said Scott had grabbed his Taser and will argue self-defense at the trial.

Though racial themes have persisted in the case since that day last year, Slager’s attorney has insisted that race never played a role in the confrontation. Community members, though, have repeated for years that black residents in North Charleston — 47 percent black — are most often targeted for the minor stops that police have used to ferret out serious criminals on the streets.

A collaboration of civil rights advocacy organizations, including the NAACP and the American Civil Liberties Union of South Carolina, said in a statement Wednesday that they hoped the trial would further reveal details of an episode that area black residents call the epitome of their plight at the hands of the police.

“While the jury composition of 11 white and one black jurors is disturbingly unrepresentative of the Charleston County population,” said the group that includes the Charleston Area Justice Ministry, “we hope and expect the criminal proceedings to be fair and transparent in its pursuit of truth and justice, and help the public understand how a routine traffic stop turned fatal.”

The patrolman pulled over Scott's car for a broken third brake light, and the motorist soon jumped out and ran. Slager chased him, using a Taser to bring him down, the officer has said.

A fight ensued, and Slager told investigators that Scott grabbed the stun gun and pointed it at him. A bystander's video showed Scott turning and running away as the device fell and Slager pulled out his .45-caliber pistol. Slager fired eight times. Five shots hit Scott.

Savage said the prospective jurors that first gathered at the courthouse Monday were polled as a group and asked who had seen the video. Few said they had not.

After the first two days of jury selection whittled the pool, 75 people were randomly picked from the 128 that remained. They were seated in a fourth-floor courtroom Wednesday morning where loved ones of Scott’s and Slager’s, along with a lone news reporter, were the only representatives of the public.

The jurors said nothing, but Newman first asked the prosecution, then the defense if they had anything to say. Each side would then ask either for the juror to be sworn as a jury member or to be excused. In asking for an excusal, or a “peremptory strike,” the attorneys did not have to give a reason.

Seven of the nine people that Savage struck from the jury were minorities, including as many as two Hispanic people. The rest were black.

Once the jurors were ushered out of the room, Assistant Solicitor Chad Simpson voiced the prosecution’s challenge. His legal argument revolved around a Supreme Court decision, Batson v. Kentucky, that set up a process for challenges if an opposing attorney thinks strikes were racially motivated.

These sorts of challenges are common. They’re known as Batson hearings.

During the proceeding, Savage was asked exactly why he dismissed the minority jurors. Those reasons: a jurors’ shaky grasp on the English language, antigun sentiments, work conflicts, vacillating answers on a questionnaire, a close connection to a key witness, deficient education levels and participation in a child support program for fathers who had fallen behind payments, like Scott. He was wanted for arrest for back child support when Slager pulled him over.

Simpson abandoned the challenge after listening to Savage, saying there was “no reason to believe these are pretextual strikes.”

Much of Wednesday's proceedings focused on what the opposing attorneys hoped to keep the jury from seeing.

The defense sought to ban testimony about Slager's actions after the shooting. He picked up his Taser that had dropped to the ground and tossed it near Scott's body, only to put it back into its holster later. Prosecutors said it would help show Slager's malice and an attempt to alter the crime scene. The judge said he would allow it.

It's also unlikely that jurors will hear about the broader debate over police killings.

Scott's shooting was closely examined by many beyond the Charleston region. It prompted some demonstrations here and a call for reform at the North Charleston Police Department, where Slager was a patrolman. Those happenings outside the courtroom won’t be ignored by the jurors, Donald McCune, a lawyer on the defense team, told the judge.

The defense aims to show the jury that Scott’s killing isn’t like others that prompted protests, riots and outrage, McCune said. And to do that, it must address that national environment, McCune said.

McCune asked the judge to allow such discussion in front of the jurors so the defense could show Slager’s actions do not fit with the narrative of white officers unfairly targeting black men.

“Like it or not … this case is a bellwether case for many people,” McCune told the judge. “These jurors here all know it. They know that the case has a great deal of national and international scrutiny.”

But the prosecution wants such references left out of the trial, allowing the jury to focus only on what they see in the courtroom. Ninth Circuit Solicitor Scarlett Wilson said the defense would aim to cast aspersions on a wide range of political figures, placing blame on the officials who brought charges against Slager and fired him from his job because of public pressure.

“What is important is what Mr. Slager did on April 4 and what was in his head when he did it,” Wilson argued. “To get into politics and social movements of the day is not relevant. … (The jurors) must make their decision on the facts presented here.”

Newman, the judge chosen by the S.C. Supreme Court to see the case to its end, agreed. The jurors cannot, he said, reach a verdict with far-off events in mind.