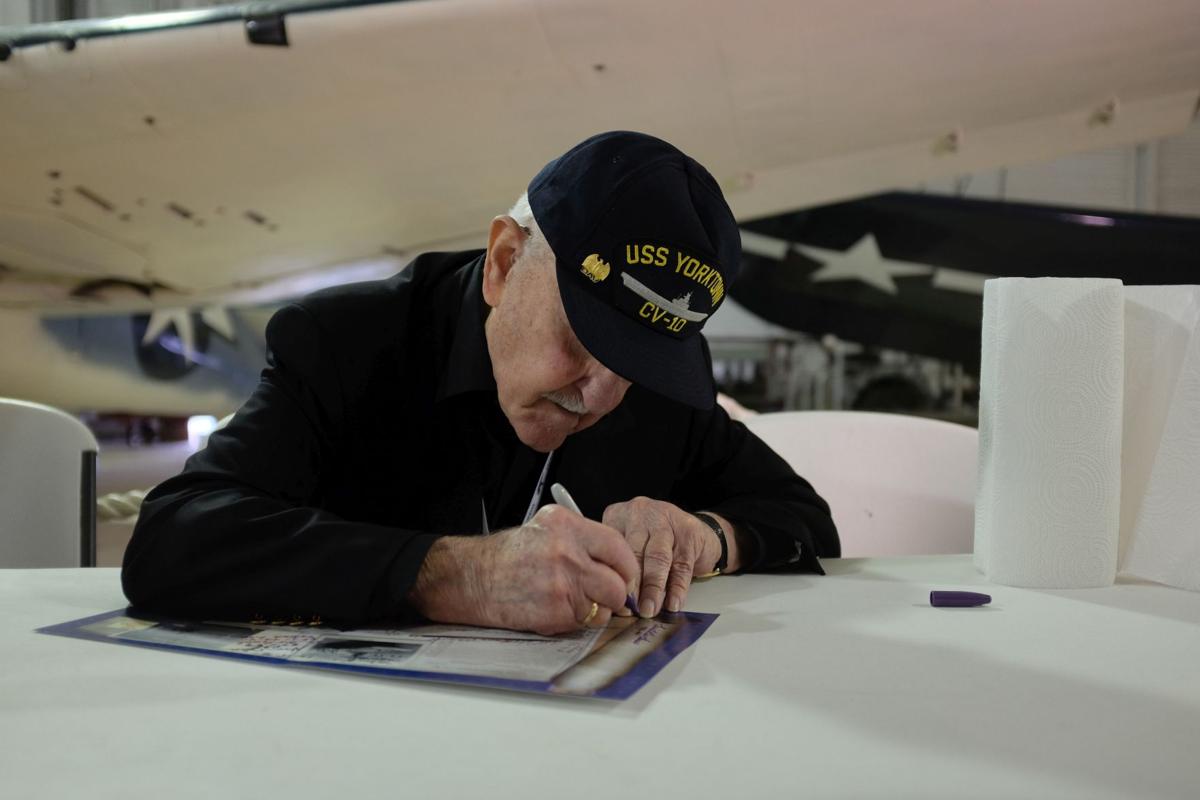 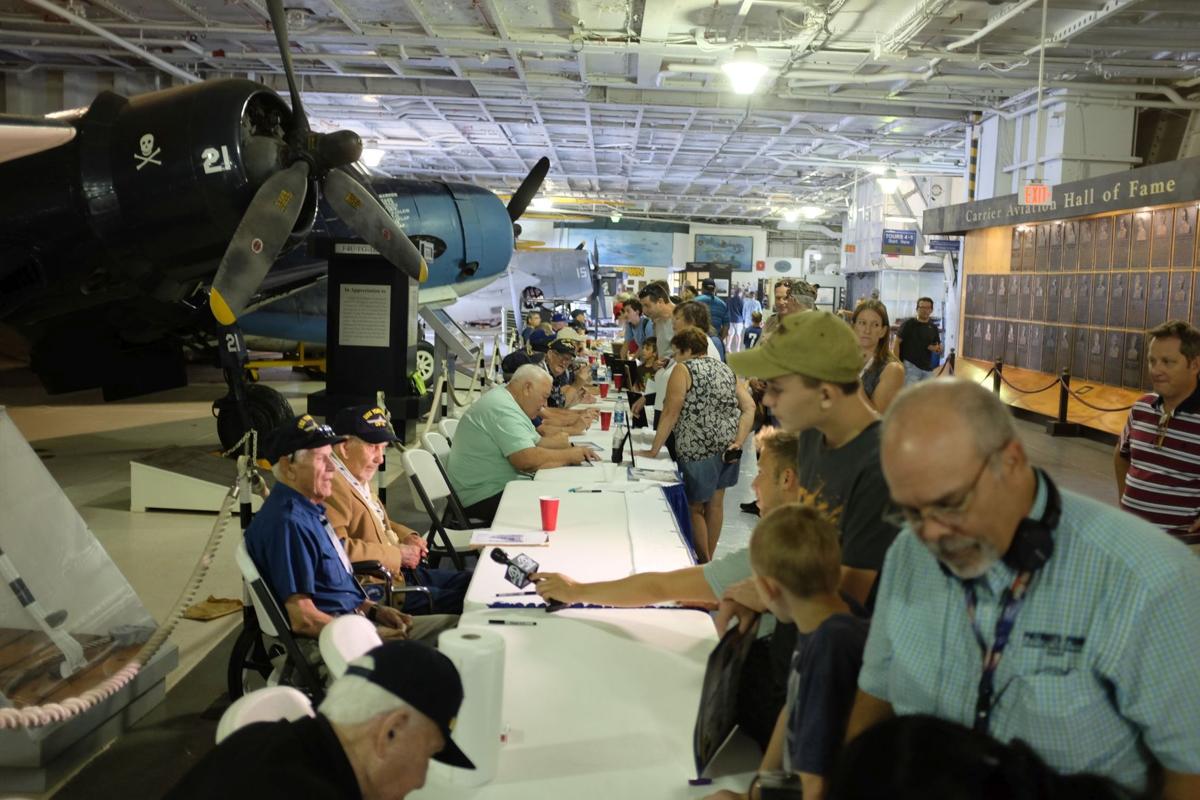 Gregory Yee/Staff People line up for autographs and conversations with veterans at the 68th USS Yorktown reunion on Saturday. For a video of the event, go to postandcourier.com/videos.

Gregory Yee/Staff People line up for autographs and conversations with veterans at the 68th USS Yorktown reunion on Saturday. For a video of the event, go to postandcourier.com/videos.

Aristotle Ares looked down the long hall on the USS Yorktown and thought of all the years that had passed since he was last aboard.

The 92-year-old Miami Beach resident served in the Navy from 1942-1946 and was aboard the ship’s predecessor, also called the Yorktown, when it was sunk at the Battle of Midway. He ended up serving aboard its replacement, the current Yorktown moored at Patriot’s Point, for the rest of World War II.

But Ares hadn’t been back until he attended the Yorktown Association’s 68th annual reunion from Thursday to Saturday.

“I came to this reunion because of Edward Sarkisian, he was a Marine aboard the second Yorktown, and Ray Houston, who was in my division with me,” he said. “They both died the same month this year and so I wanted to come to their services.”

Ares sat with his wife, Artemis, and daughter, Adrian, at the head of a long table of Yorktown veterans. On the other side, a crowd gathered asking for autographs and war stories.

He signed commemorative Yorktown posters with slow, deliberate strokes of his purple Sharpie.

“This is so moving,” Artemis said. “The young people are so inspiring. I say bravo to the parents who brought their children.”

Todd Cummins, executive director of the Yorktown Association, said they added a meet and greet portion to the reunion about six years ago in the hopes of creating an educational experience for the public and inspiring today’s youth.

Guests from across the country — California, Florida, Connecticut, Pennsylvania, Illinois and Minnesota, among other states — were in attendance Saturday.

For B.T. Bradley, an 81-year-old Charlotte resident, getting to interact with old friends and new faces alike during the meet and greets is a major draw each year. He’s attended eight times.

“This is the most fun I’ve ever had, talking to folks, working on the ship with folks,” Bradley said. “I just really enjoy it. I look forward to it every year.”

Being back on the Yorktown sparked many memories of the time he spent aboard as a metalsmith and welder from 1954-1958, he said, adding that welding marks and other work he did are still visible.

Konnor Matthews, a 16-year-old from St. Augustine, Florida, who is part of his high school’s JROTC program, said seeing the ship and speaking with the men who served aboard it was inspiring.

A second Richland County school district seems poised to be the subject of a "fiscal watch" designation from the S.C. Department of Education. Read moreRichland Two facing more SC scrutiny because of months-late audit report

The confirmation she is committing to the race came from a member of Haley's inner circle Jan. 31. Read moreIt's official: Nikki Haley running for president. Formal announcement Feb. 15

A coalition of residents and leaders who reside in Greenville County’s District 25 are planning a year-long series of events to reflect on the district’s history while making plans for its future. Read moreGreenville County's District 25 plans Augusta Road revitalization, marks 60th year