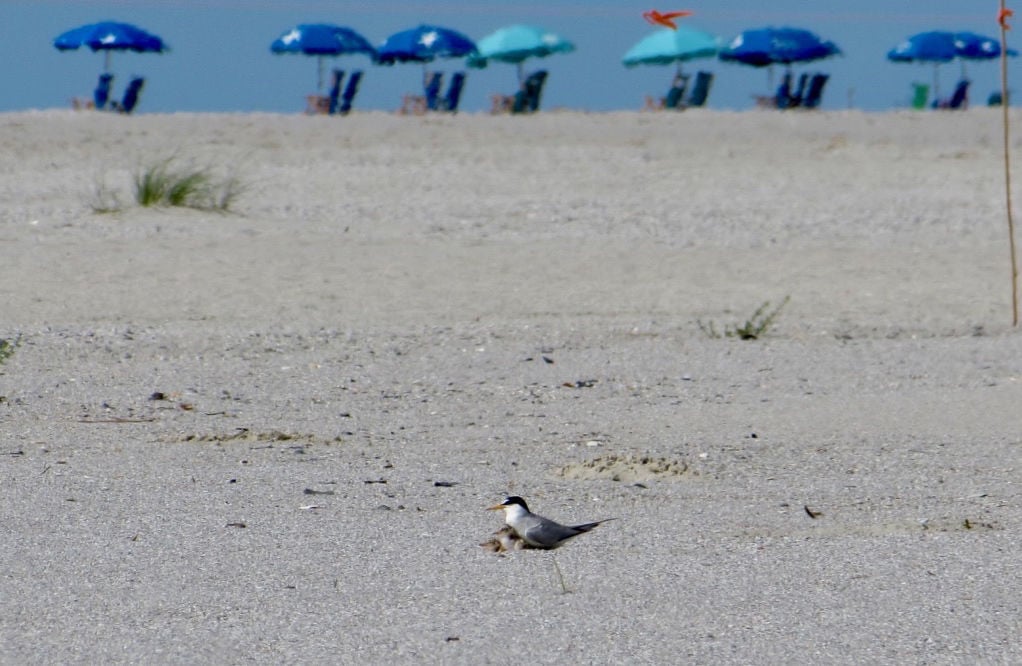 The declining species least terns took to nesting at a Wild Dunes condominium this summer, a move that astonished the people who monitor the reclusive birds. Diane Troy/Provided 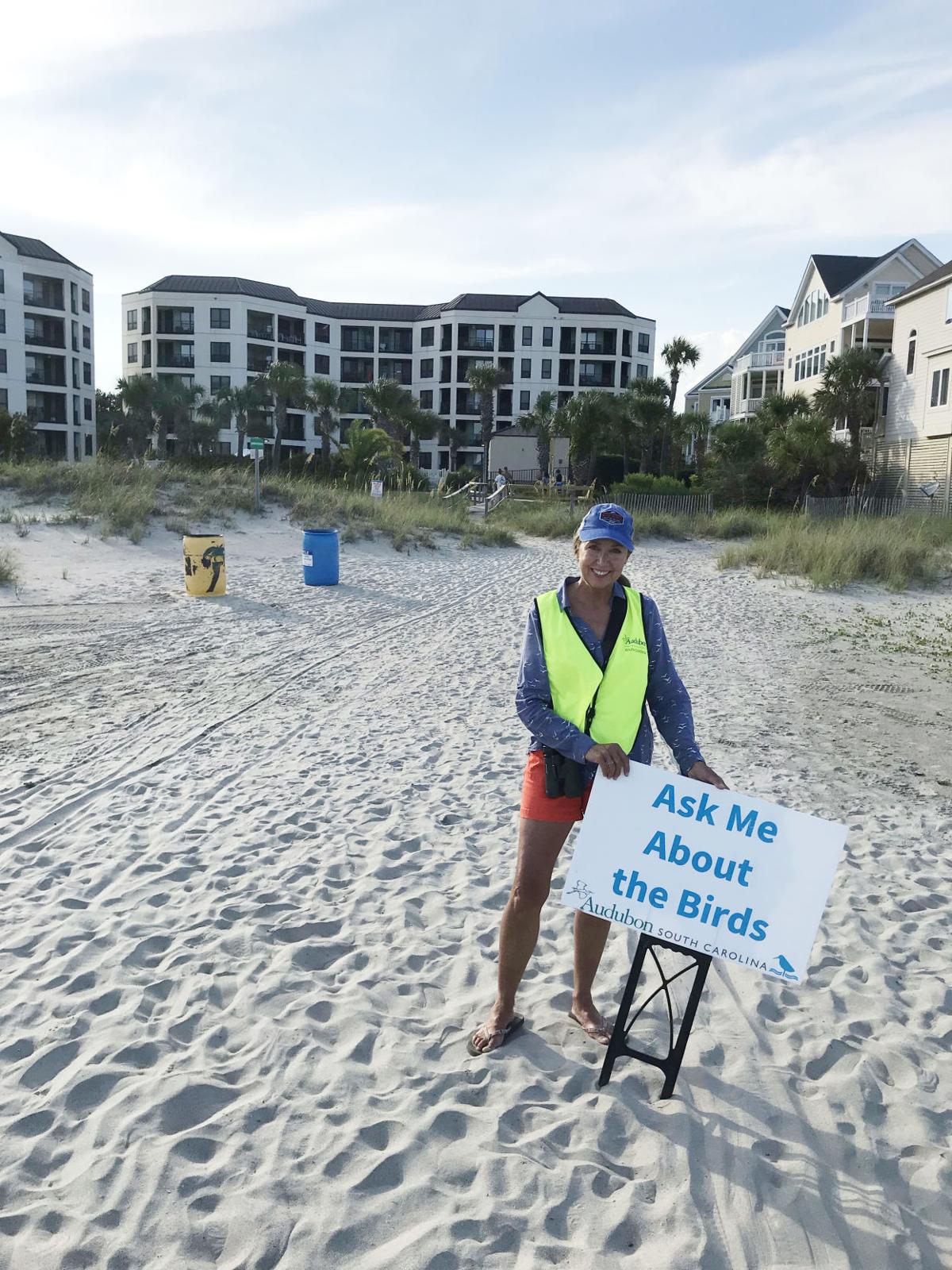 The tiny, newborn bird thrashed in the tide wash.

The woman in the Audubon vest with the sign that said "Ask me about the birds" had told 8-year-old Nathaniel and other vacationers to leave the least terns alone alone, even as the fledglings tried first flights from the roofs and fell in among the beach chairs and umbrellas outside the Summer House Villas at Wild Dunes.

But with the tern struggling in the surf, the 8-year-old couldn't help himself. He scooped the bird out of the wash and set it higher on the beach to dry. Then he went to ask the woman if that was all right.

"You just saved its life," she said. She never did learn Nathaniel's last name or where he came from.

About 20 least terns nests turned up in the dunes and on the roofs of the vacation villas this summer — astonishing birders and biologists. The busy summer season has people continually coming and going around or below the nests.

The terns, those elfin darting acrobats in the estuary sky, are a declining species — largely because of humans.

Biologists estimate their population has dropped 30 percent in the past 30 years.

That's why Troy, an Audubon South Carolina shorebird steward, set up a beach chair and an impromptu information stop outside Summer House.

"We haven't had least tern nesting here (in Wild Dunes) for years and year and years," she said.

The sparrow-size least tern looks like a skinny gull and is incredibly agile on the fly. A wooing male will dart, dance and hover in the air with a fish in its mouth, then feed it to the female.

As a rule, the terns pick the most isolated spots for their nests, places where they have a clear view of potential predators. They are flighty, to say the least, scattering at disturbances such as beachcombers and dogs.

But they are continually losing their pebble beach rookeries to human intrusion. In recent decades, they have taken to places like pebbly flat tar roofs, such as those atop the villas. As flat roofs disappear, least terns are running out of space. The shy birds are struggling to urbanize — like any number of other species trying to survive.

"Some species, say bluebirds, are really good at getting used to people," he said. "Unfortunately, a lot of the coastal birds just aren't like that. They set up rookeries in isolated spots. They can't handle too many people. We're expanding faster than they can handle."

Birders are experimenting with foster sites such as Pier Romeo at the old Navy base in North Charleston, where they have set out pea gravel since 2016 and have had at least some nests every summer.

Birds of a feather: Vols flock to build nest site for troubled species

With the all the people, dogs and vehicles at Wild Dunes, the birds succeeded at Summer House largely because of Troy's efforts, said Mary-Catherine Martin, a wildlife biologist with the S.C. Department of Natural Resources.

Troy waved that off.

"You hear people say the visitors don't care. They do care," she said. "I had families asking me about the turtles nesting, asking about other wildlife, families bringing back bags of trash they collected on the beach. Families would do daily checks on the nests."

Most people just didn't realize at first what was happening with the terns, Troy said. "These birds wouldn't have made it if the beach visitors hadn't gotten involved."

The mammoth container ships now plowing into Charleston Harbor churn up a wake that breaks like beach surf on imperiled Crab Bank.