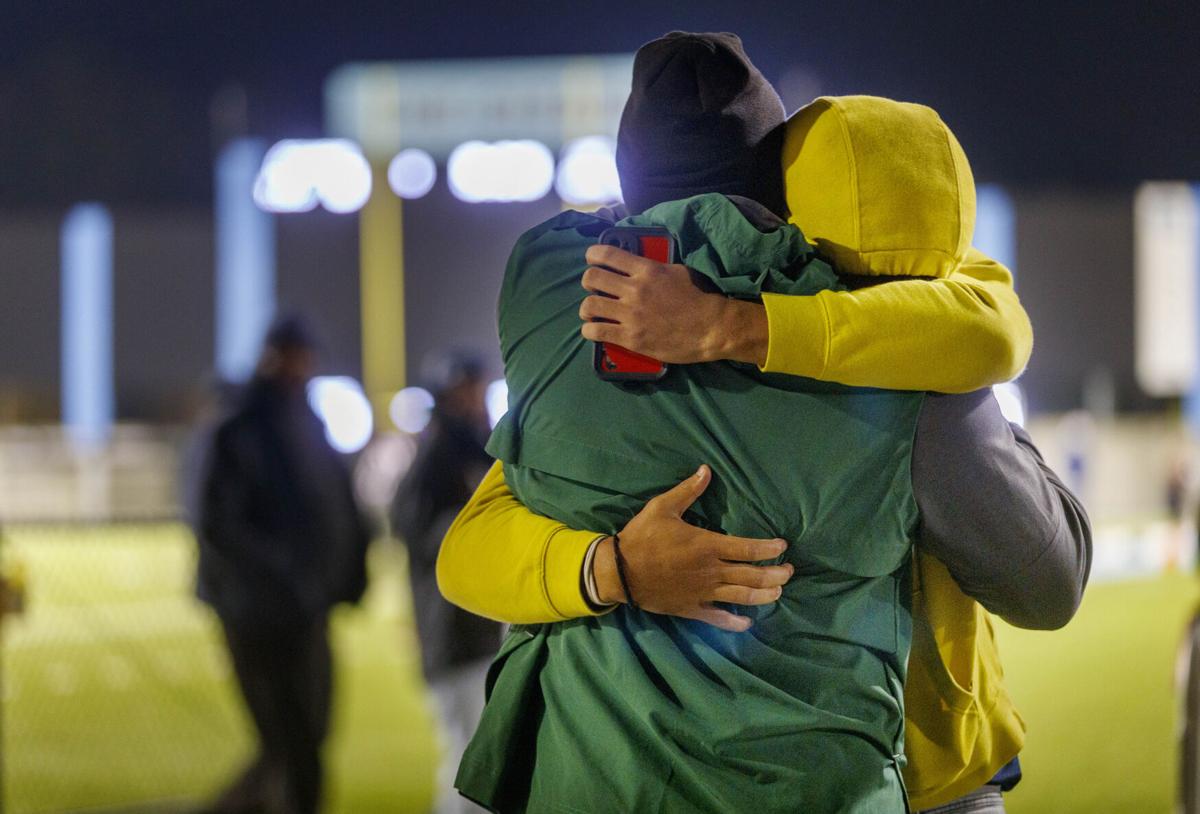 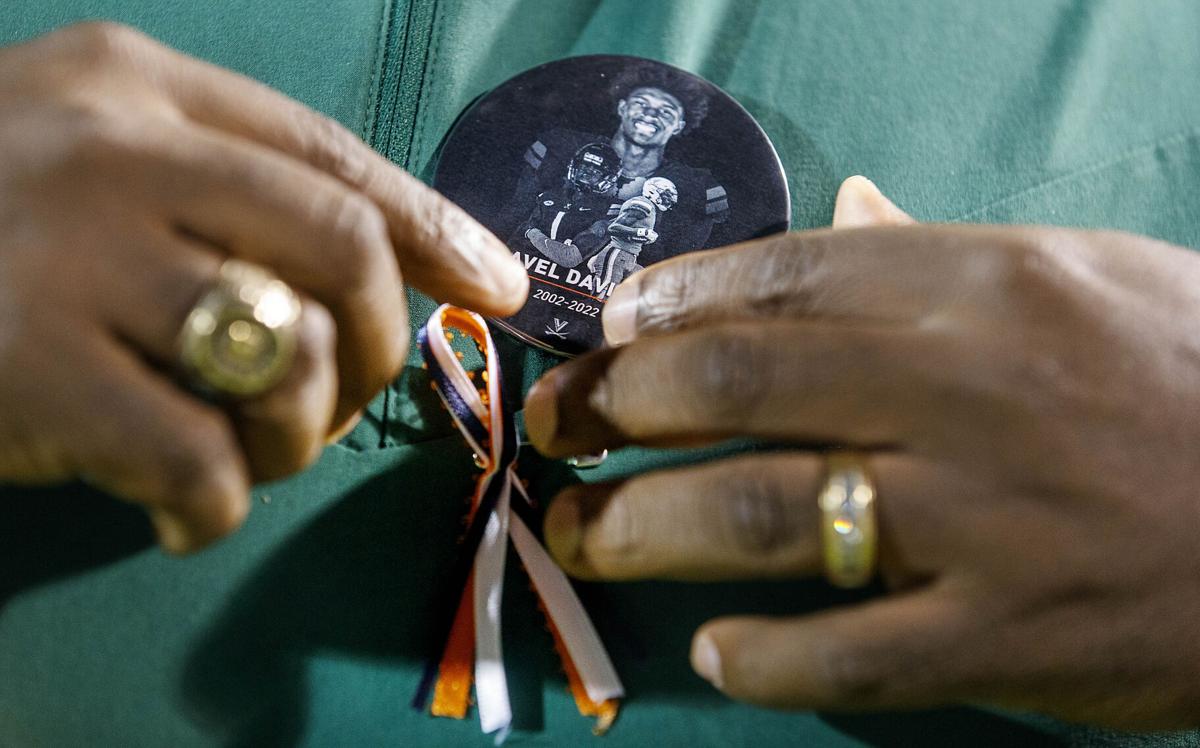 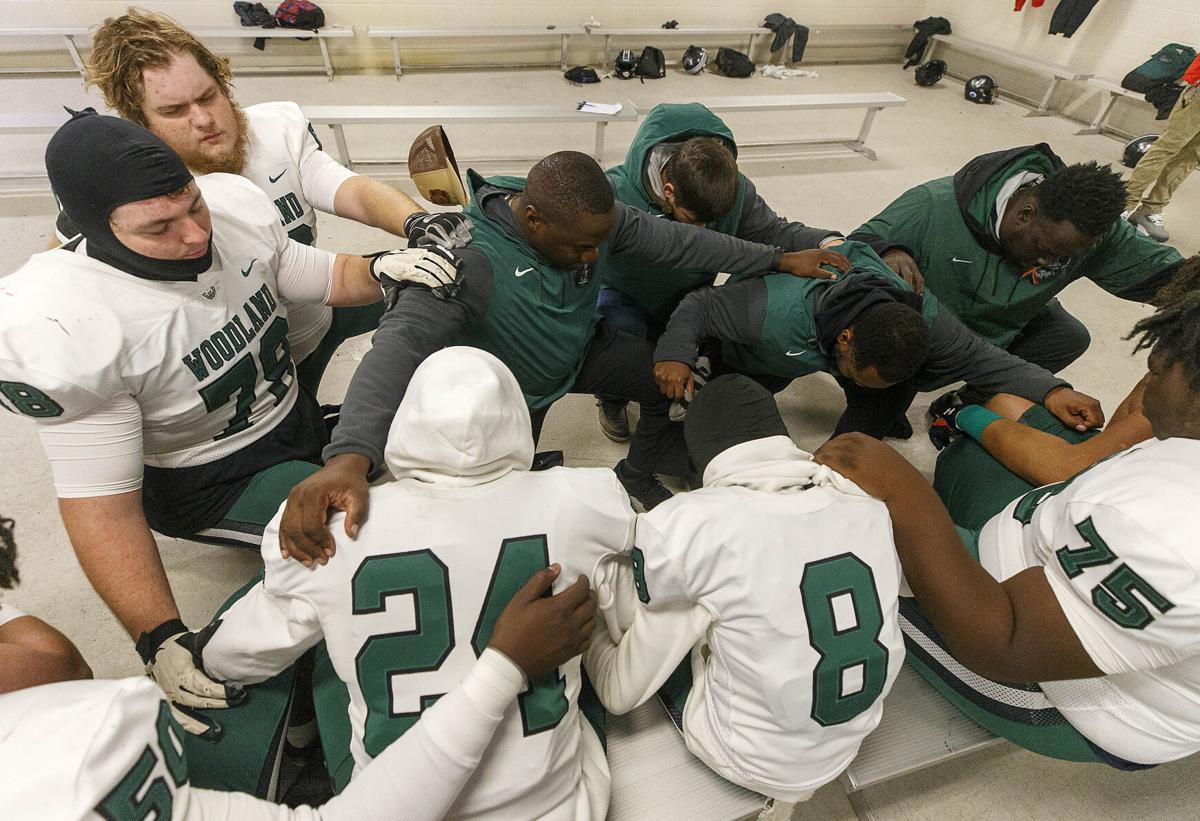 On a day when Scott Stadium at the University of Virginia should have been deafening, the arena sat empty and silent.

Instead, across the Charlottesville, Va., campus, the Cavalier faithful and many others paid tribute Saturday afternoon to the three football players who will never again take the field.

D’sean Perry, Devin Chandler, and Dorchester County's own Lavel Davis Jr. were gunned down late Nov. 13. Two other students, Mike Hollins and Marlee Morgan, were also injured as shots rang out on a charter bus delivering about two dozen students back on campus after a play in Washington, D.C.

“It was a shocking event that reverberated around our grounds and around the world,” said UVa president Jim Ryan at a university memorial service. “It pierced the peace and innocence that graced our grounds last Sunday night. It changed our world.”

At 3:30 on Nov. 19, when the football team, which Perry, Chandler, Davis and Hollins were part of, was scheduled to kick off their final home game of the season, the school mourned and remembered.

"We will show strength again, together. We will do this to honor Devin, Lavel and D'Sean," Ryan said. "We will find strength in the football team who decided a game mattered less than celebrating the lives of their teammates."

All three were remembered for their big smiles and even brighter spirits.

Chico Bennett, a fourth-year student, described Davis as having "the kind of smile, you couldn't help but smile too."

The wide receiver was a leader on and off the field. He was one of the Groundskeepers at UVa, a group focused on racial and social justice, “working to bring light to our past and shine a path forward," Ryan said.

Third-year student Jared Rayman said he looked up Davis -- the 20-year-old was 6-foot-7 -- despite being two years older, and always tried to match the standard that Davis set.

Elijah Gaines, a sophomore, spoke about Davis' love for his hometown in rural South Carolina.

"That boy loved Ridgeville," said Gaines, who was from New York City. "He'd make it sound like the biggest city in the world."

He described a tattoo on the back side of Davis' forearm of the number 187, which is the exit off of Interstate 26 that carried him home.

Whenever he returned home, he would always visit Woodland High School, where he graduated in 2020 and had all-state performance his senior season in 2019, catching 40 passes for 622 yards and seven touchdowns.

Woodland coach Eddie Ford said Davis' last high school football game was three years ago against the same opponent, Oceanside Colligate Academy, that the Wolverines faced Nov. 18. Before the game at Johnson Hagood Stadium, a moment of silence was held in Davis' memory.

"I'm hoping he's pouring out a little bit tonight," Ford said before the game, adding that he believed Davis would be rooting the team on from above. "He meant so much to the program."

Over his heart, Ford wore a pin with a photo of Davis. A UVa sticker with crossed sabers stuck on the bill of his cap; all the Woodland players wore the stickers Friday night honoring David.

"For Lavel," the girl said before running back to the stands.

Ford said the younger players really looked up to him. They'd watch him make plays at UVa, then come home and work out with them.

"Being a wide receiver, they're divas," Ford said invoking the names of  NFL greats Terrell Owens and Chad Ochocinco Johnson. "You'd think he would be like that, but he was the opposite."

This season, Davis ranked third in receiving for Virginia with 371 yards and two touchdowns, despite missing games with a concussion. He missed the 2021 season with an injury. As a freshman in 2020, he caught 20 passes for 515 yards and five touchdowns.

Davis spoke often about wanting to be the greatest, but he had the natural talent and drive to back it up, his former teammates said.

"He knew where he was from," said Jaelyn Perry, who played with Davis at Woodland. But there was no question: "He had places to go."

Rylan Ashe played with Davis since they were 4. Ashe now plays at North Greenville University.

"We did nothing but push each other," Ashe said. "Every day is hard. Every day since. Every day of my life."

Oceanside too much for Woodland, earns Lower State title berth

Ashe and Perry returned to Charleston to watch Woodland's playoff game, and remember their friend, who they called a "goof."

"Not only is he not doing it with me, he's not doing it at all," Perry said. "He wouldn't want people sorrowful. He'd want us smiling. I know he's smiling down on us."

Ali Rockett covers crime and public safety in the Charleston area. She previously worked at papers in Virginia and her home state of North Carolina.

In Huntington Beach State Park, you can get a clear view of South Carolina's "ghost forests," swampy areas filled with barren trees, dead and dying from increasing climate stress. Most ghost forests in the state are in their early stages of forming. Now, scientists need your help finding them.  Read more'Ghost forests' won't leaf, they're here to stay in SC. Now you can help.