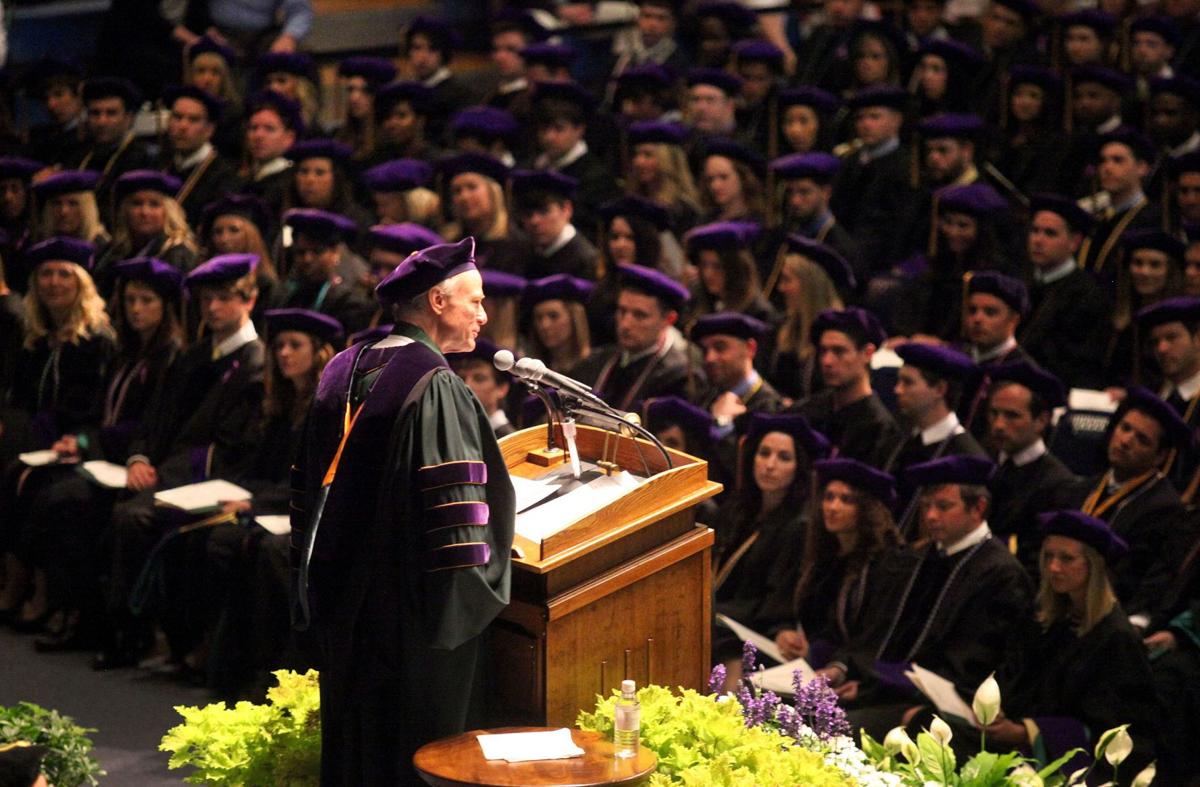 Honorary degree recipient William Hubbard gives the commencement address to the 2014 graduates of the Charleston School of Law at McAlister Field House. Hubbard, a University of South Carolina trustee, is among the finalists to become the next law school dean. File/Brad Nettles/Staff 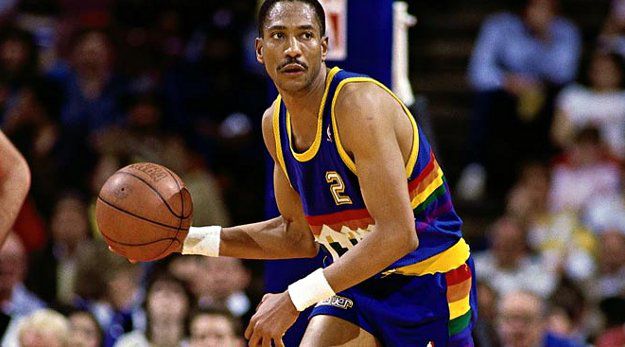 Alex English, who played at Dreher High School from 1969-72, graduated from USC as the school’s all-time leading scorer and then played 15 years in the NBA. He will join the USC board. File/AP

COLUMBIA — University of South Carolina trustee William Hubbard was picked to run the college's law school and will be replaced on the board by NBA Hall-of-Famer Alex English.

Both appointments were met with excitement and questions.

Hubbard is a partner in the influential Nelson Mullins law firm in Columbia and a former American Bar Association president, who could help bring attention and connections to a school struggling in national rankings.

But his hiring raises possible concerns a year after he was floated as a possible interim president during the college's turbulent search for a new leader and other conduct by trustees, including purchasing land partially owned by two board members.

English remains a beloved figure years after starring at USC in the 1970s and going onto a 16-year pro career. The Columbia native will become the second Black trustees in USC's 20-member board.

But he is the second veteran of the Gamecock athletics department appointed to interim seats on the board by Gov. Henry McMaster this year, leading questions about the influence of sports at the state's largest college. Former Athletics Director King Dixon was appointed to an open seat in January.

A consultant USC trustees hired after accreditors admonished them over undo influence during last year's presidential search suggested lowering the profile of athletics in their management of the school.

Mark Cooper, the Faculty Senate leader on the Columbia campus, praised McMaster for naming an African American to a board seat. The governor's three previous appointments were white men.

English is returning for his second stint on the board. He served four years as an appointee of Gov. Jim Hodges from 1999 to 2003.

"I want the best for our students and the school, and hope to help navigate through the obstacles during these troubled times," English posted on social media.

Hubbard will take over a law school trying to improve its national reputation after spending $80 million on a new building. USC sits 96th among law schools in the latest U.S. News & World Report rankings, down five spots from the previous year.

Hubbard was chosen from 18 applicants. He has stepped away from his board duties after being announced as a dean finalist. Hubbard was USC's second-longest-serving trustee at 34 years.

"These students will be South Carolina’s leaders of tomorrow," he said in a statement. "I will do everything I can to help them reach their full potential as lawyers and citizens.”

Hubbard was hired by music school dean Tayloe Harding, who is in his final week as interim provost. William Tate from Washington University in St. Louis becomes provost on July 1.

Other finalists included two USC law professors and another from Michigan State. The previous dean, Robert Wilcox, stepped down after nearly a decade in charge.

Cooper said he had no indication of any pressure to hire Hubbard.

"He's highly qualified and will be a great leader," Cooper said.

Hubbard has been considered for university leadership positions before. When USC's board could not initially agree on a new president last year, another trustee suggested installing Hubbard as interim president.

But the board balked at the idea of naming one of their own as a university leader.

“It would look like an inside job,” trustee Eddie Floyd told The Post and Courier last year.

The board chose to go with the chancellor from USC Upstate in the interim and eventually hired retired West Point superintendent Bob Caslen.

Caslen's hiring led to a rebuke from USC's accreditors because McMaster lobbied trustees to hire the three-star Army general.

Hubbard voted "present" in the vote for Caslen because of his concerns that the board had not conducted a second search after rejecting the first set of finalists.