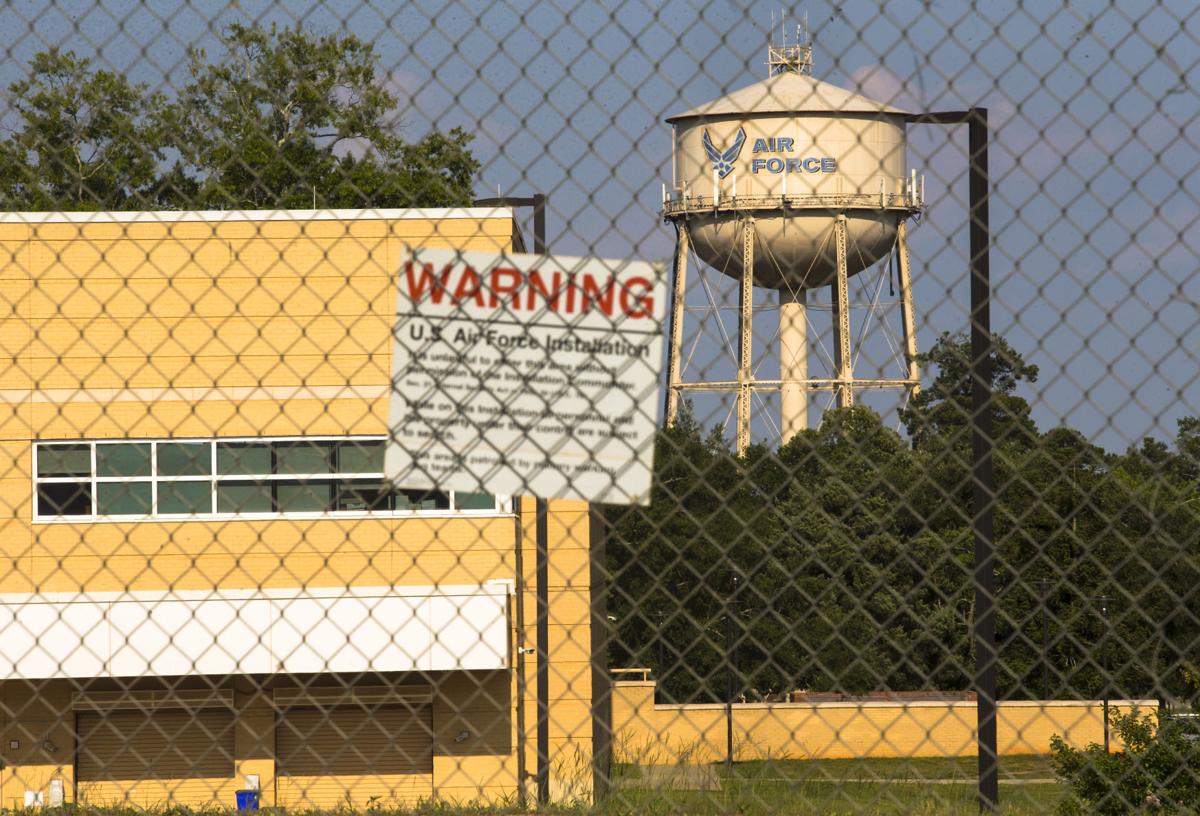 The Shaw Air Force Base water tower is seen on base on Monday, July 1, 2019 in Sumter County. Andrew J. Whitaker/Staff 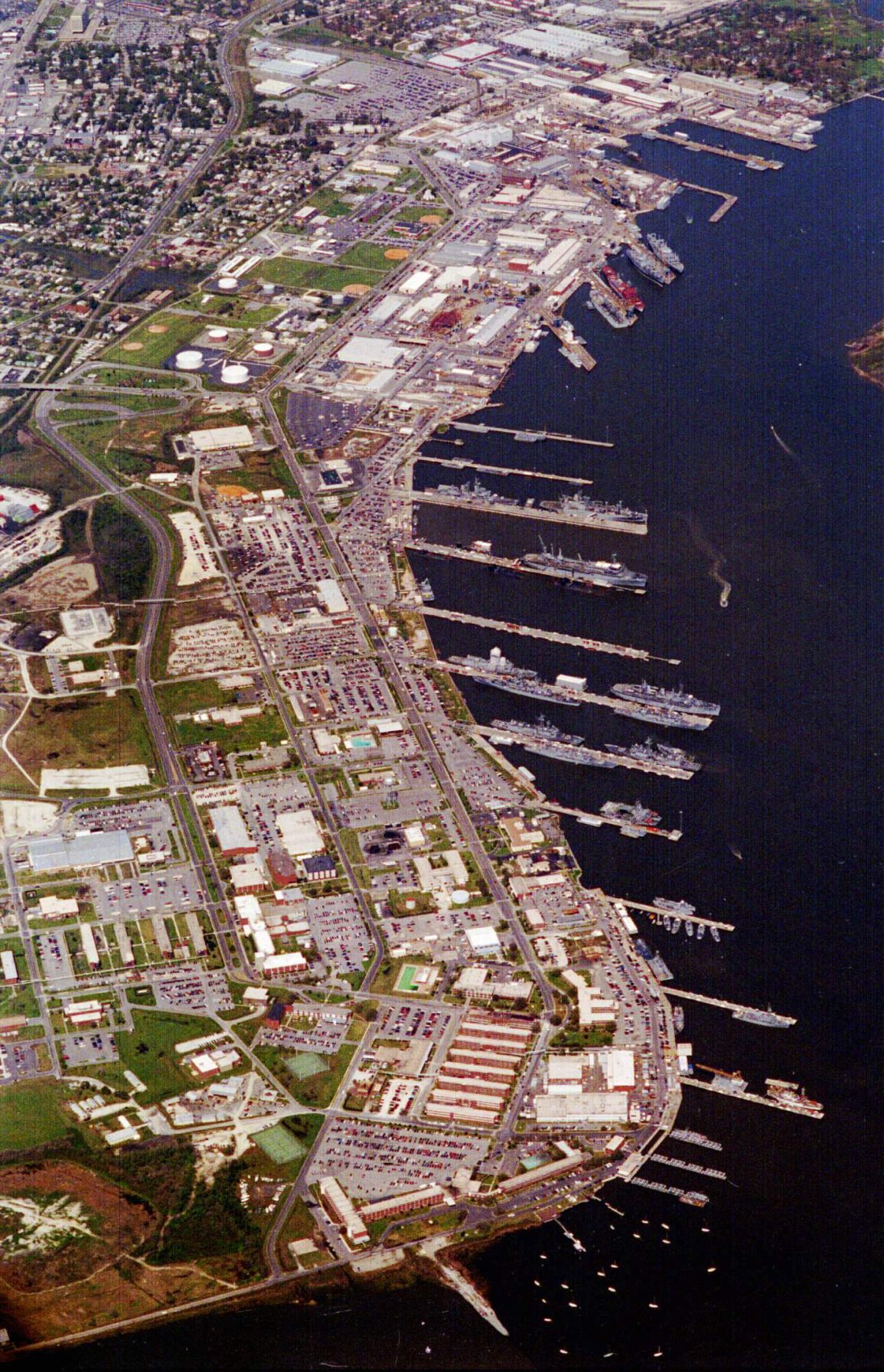 The Shaw Air Force Base water tower is seen on base on Monday, July 1, 2019 in Sumter County. Andrew J. Whitaker/Staff

Nearly every major military installation in South Carolina could be polluted with toxic chemicals from a firefighting foam, which has seeped into the environment and fouled drinking water across the country.

The Post and Courier revealed several studies earlier this month that confirmed four Air Force bases in South Carolina are saturated with the chemicals known as PFOS and PFOA. Among them were Shaw Air Force Base, Joint Base Charleston, the North Auxiliary Airfield and the former Myrtle Beach Air Force Base.

But that count could expand significantly if the military's suspicions prove true.

A list provided to Congress shows the Department of Defense believes the chemical-laden foam could be found at seven other current and former military bases throughout the Palmetto State. It's all part of a growing mountain of liability related to the military's decades-long use of the firefighting foam.

And it's not just Air Force sites that are being investigated.

The Marine Corps Recruit Depot Parris Island and the Marine Corps Air Station Beaufort are listed among the nearly 400 other potentially contaminated bases around the globe.

The Army pinpointed Fort Jackson near Columbia and the Army Aviation Support Facility near Greenville as locations where the toxic foam was likely released during accidents and fire training exercises.

And the former Charleston Naval Base and Shipyard, on the banks of the Cooper River, were also highlighted as possible sites of the chemicals.

Documents obtained by The Post and Courier show the Defense Department is preparing to test the soil and groundwater at some of those bases over the next year.

If the chemicals are detected, it will dramatically widen the scope of contamination in South Carolina. The military sites span from the Upstate to the Lowcountry and dot several areas along South Carolina's coastline.

The man-made compounds — officially known as perfluoronated substances — are two of the thousands of industrial chemicals that aren't regulated by the Environmental Protection Agency.

They are, however, being scrutinized by health professionals for possible links to developmental issues, thyroid disorders, immune problems, and kidney and testicular cancers.

David Andrews, a senior scientist with the Environmental Working Group, believes the use of these chemicals has been one of the most overlooked environmental issues in the country. For decades, the compounds helped to manufacture non-stick cookware, waterproof clothing, stain-resistant furniture and the firefighting foams.

"For the military, this is an enormous problem, both in terms of contamination and the potential liability for cleanup," Andrews said. "There needs to be a reckoning about how big of a problem this really is and what it is going to take to clean it up."

The response in South Carolina has been muted to this point.

Unlike other states, the S.C. Department of Health and Environmental Control has no immediate plans to monitor for the chemicals or to test tap water near the polluted bases.

Meanwhile, the problem continues to grow.

The McEntire Joint National Guard Base is the latest site in South Carolina to test positive for the potentially hazardous chemicals.

The Air National Guard finished an environmental study for that base, just east of Columbia, in April. And the results mirrored many of the findings at the four other polluted airfields in Sumter, Charleston, Orangeburg and Horry counties.

The chemicals were found next to one of the hangars at McEntire, near the base's wastewater treatment plant and under sections of airfield where service members trained with the firefighting foam since 1970. 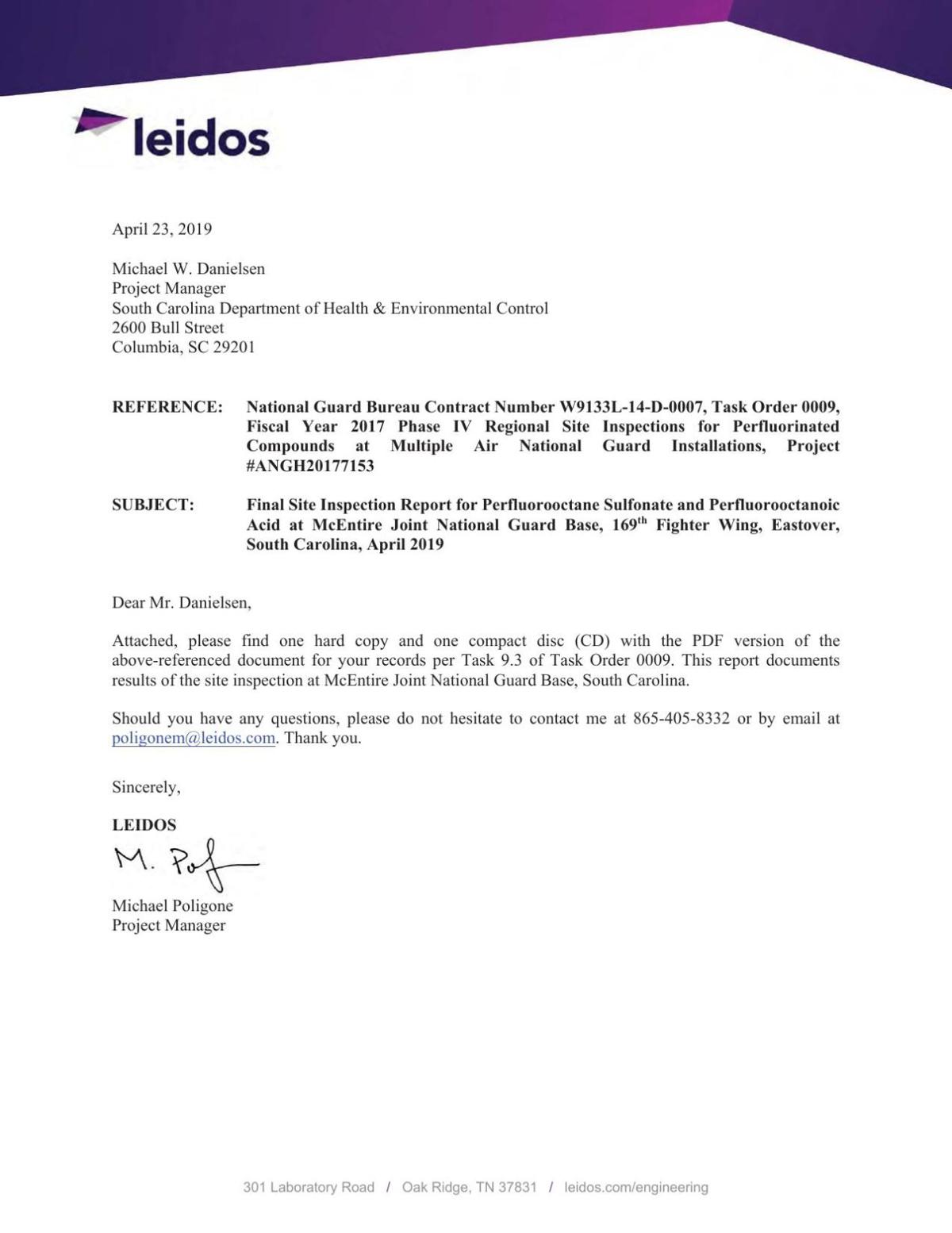 All told, the groundwater at eight locations on the base contained significant levels of PFOS and PFOA. And the compounds were detected in surface water at two other test sites.

The highest concentrations were found next to a vehicle maintenance shop. Officials at McEntire believe a truck holding the firefighting foam sprung a leak at that site between 2010 and 2011, dumping the chemicals onto the ground.

The Air National Guard couldn't confirm how many gallons were released during the accident, but all of it was allowed to soak into the soil and leach down into the groundwater.

The study also noted that five private water wells are within a mile of McEntire. But it didn't say whether the contaminated groundwater posed a potential threat to those wells.

State Rep. Wendy Brawley, who represents people living near McEntire and Shaw Air Force Base, wants state health officials to do something to ensure people aren't consuming the chemicals.

"I think we should insist on some level of testing," Brawley said. "For DHEC to take a hands off approach because nobody has forced them to do testing is unacceptable. This should be a concern of every member of the South Carolina House and Senate."

"There will always be issues of limited resources and limited capacity for state agencies. But this is clearly a challenge that needs to be addressed," said Caitie Forde-Smith, a spokesperson for the Coastal Conservation League. "We need them to do something."

DHEC blamed its limited response on the Environmental Protection Agency. The federal goverenment, DHEC pointed out, has yet to establish an enforceable, nationwide standard for the chemicals in drinking water.

But that hasn't stopped other states from taking action.

'Head in the sand'

Minnesota tested hundreds of private wells next to manufacturing sites polluted with the chemicals.

Michigan developed a program to monitor for the compounds in its public drinking water systems, large and small.

And New York tracked down other locations where the chemicals may have been used, including factories, fire departments and civilian airports.

In the absence of federal regulation, states all over the country are developing their own strategies to deal with the potentially hazardous chemicals.

Some states such as New Jersey, Vermont and New Hampshire developed their own standards for the chemicals in drinking water or are in the process of doing so.

It's a trend that Rep. Gilda Cobb-Hunter, D-Orangeburg, thinks South Carolina should join.

"We should do the same here in South Carolina, particularly given how widespread this is," Cobb Hunter said. "The head-in-the-sand approach doesn't work."

The argument that South Carolina needs to wait on the federal government to protect the environment and guard people's health is "bogus," she said.

But not all of South Carolina's political leaders are as eager to take on the issue.

Gov. Henry McMaster agreed with DHEC. He believes the state should wait for the EPA, which began reviewing the chemicals in the early 2000s.

"The governor is confident that ongoing analysis and scientific examination by the EPA will provide the clarity we need, but it would be premature to change course without that information available," said Brian Symmes, the governor's spokesman.

Meanwhile, Attorney General Alan Wilson said he isn't prepared to file any lawsuits over the contamination of South Carolina's groundwater and natural resources.

Wilson's counterparts in Ohio and New York are among more than 100 plaintiffs seeking damages from the companies that manufactured the firefighting foam. And New Mexico's Attorney General sued the Air Force earlier this year to pressure the military into cleaning up two bases in that state.

Wilson's office didn't rule out the possibility of litigation, but his spokesman said the attorney general needs to conduct a "thorough review of the facts" before making any decisions.