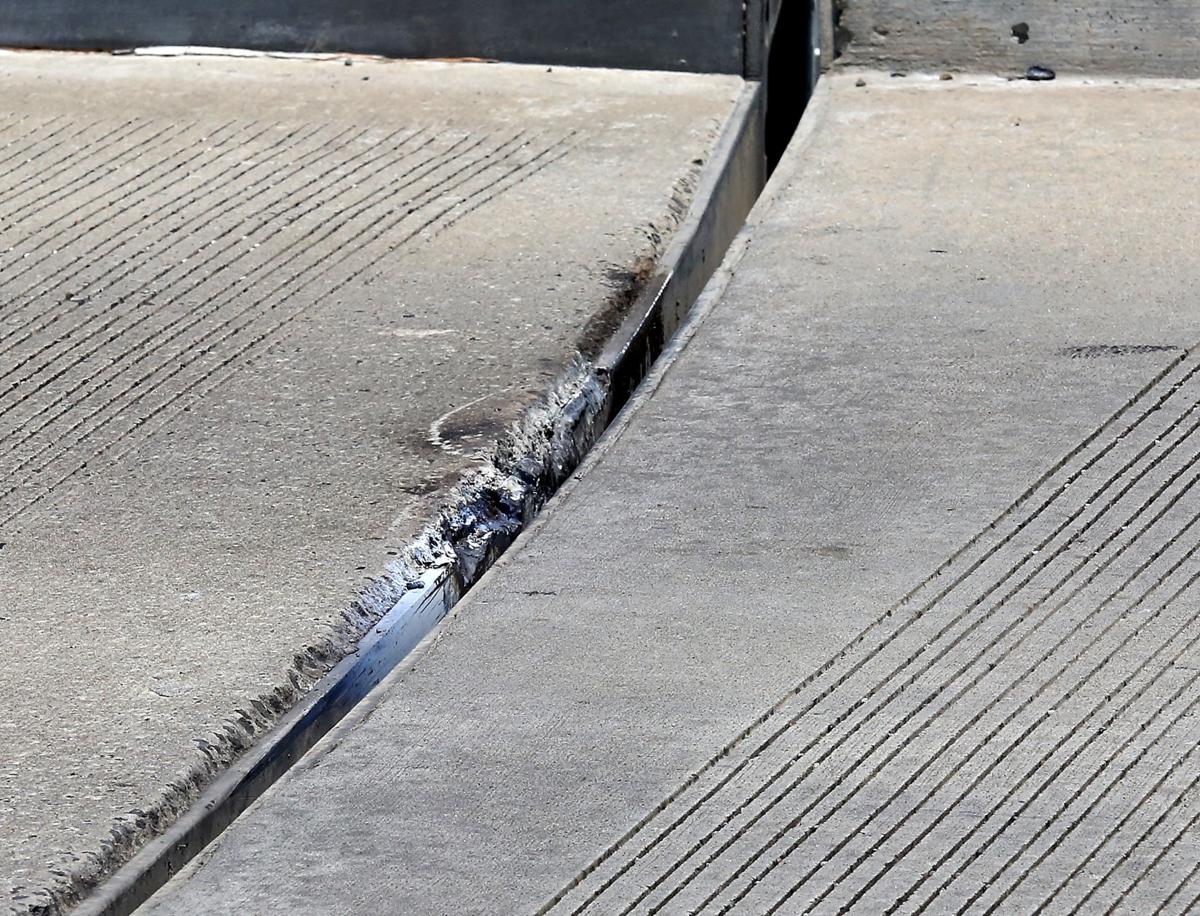 Extreme heat around Memorial Day caused the steel on the Ben Sawyer Bridge to expand and become stuck partially open in May. Such problems could become more common as the number of days of with heat over 100 degrees in South Carolina rises. Brad Nettles/Staff

Pushed by winds and affected by the Earth's rotation, the Gulf Stream conveys heat energy equivalent to a million power plants toward Europe. South Carolina could sweat as many as 64 days per year with a heat index above 100 degrees by 2050. NASA's Goddard Space Flight Center

The days when stepping outside feels like smacking into a steam press are getting more frequent, new climate research suggests.

South Carolina could sweat as many as 64 days per year with a heat index above 100 degrees by 2050, according to a Union of Concerned Scientists study released recently. More than half those days, that "real feel" index would be hotter than 105 degrees.

For two days each year, the heat will be "off the charts," the study indicates.

As a comparison, the historic average for days with a heat index above 100 degrees is 14.

Unless greenhouse gas emissions are limited, the heat will increase, the study suggests. By 2100, the numbers would be 97 days above 100 degrees, 71 of those days above 105 degrees and 10 days of off-the-charts heat.

"Of cities with a population of 50,000 or more in the state, Charleston-North Charleston, Florence and Hilton Head would experience the highest frequency of those days," the study says.

The study, "Killer Heat in the United States: Climate Choices and the Future of Dangerously Hot Days," indicates that the number of days with heat indexes above 100 degrees will double nationwide by 2050 and quadruple by 2100.

Economic development, technological advances and improved communication efforts have kept more people from dying of heat exposure in the United States in recent decades, the study said, but more will have to be done in the future.

The warming doesn't bode well for the Carolinas, he said.

"The thing is, we're on the edge between subtropic and temperate regions. What that means is just a little bit of warming can make a big difference. Even with the current climate we're seeing people get sick from the heat, and unfortunately people die of heat," he said.

If greenhouse emissions can't be reduced in the next 20 to 30 years, "we could be in a lot of trouble by the beginning of the 22nd century," Conrad said.

The study comes amid record reports of heat and glacial ice melt in the Arctic and Antarctic, on the heels of European Union research that indicates June was the hottest month ever recorded worldwide, and after South Carolina saw multiple days of record heat in May, according to NOAA.

It joins a growing stack of research that indicates the Southeast, including South Carolina, are experiencing and will continue to see increased coastal flooding, a more aggressive wildfire season, sharp risks to human health and steep economic losses because of rising heat and seas.

The vast majority of scientists who study the issue agree the accelerating rise in average global temperatures is due to greenhouse gases released when fossil fuels are burned. Researchers say average temperatures have risen enough that some impacts from global warming are unavoidable.