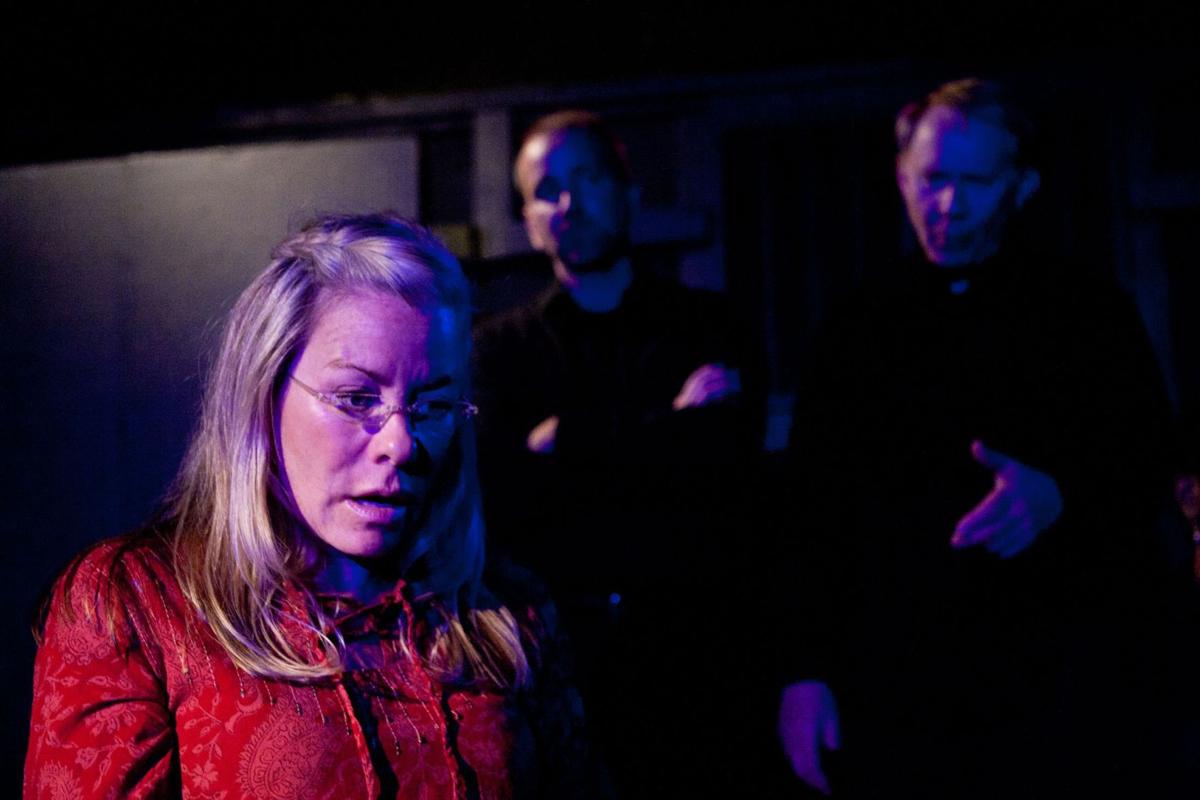 A scene from “The Exonerated,” offered by Midtown Productions during Piccolo Spoleto Festival. 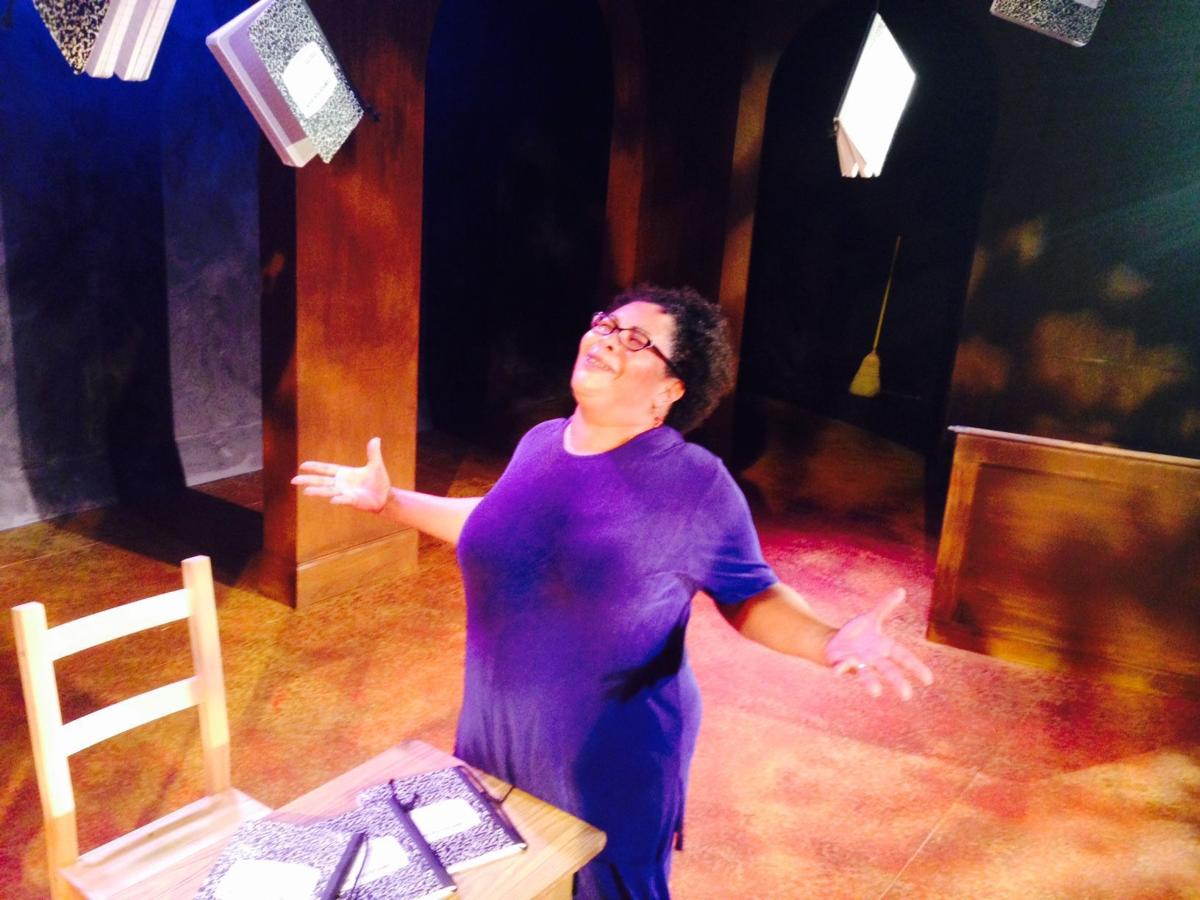 A scene from “The Exonerated,” offered by Midtown Productions during Piccolo Spoleto Festival.

For Midtown Productions’ co-founder, Sheri Grace Wenger, the prevalence of social justice-themed plays at this year’s Piccolo Spoleto Theatre Series is no coincidence.

“Socially conscious Americans are getting fed up with the way the government is behaving toward its citizens,” she said. “There is a lack of respect for people, in general, and if the government is not taking care of problem, then we, as citizens, have to. For people who have some kind of forum, like a theater, producing a play to educate others on these issues is one powerful way to bring change, especially during a festival.”

Andrea Evans, the marketing director at Midtown Productions, which produced “The Exonerated,” said she believes that the content of these plays is very timely for not only the Charleston community, but also for the nation at large. In the wake of the Walter Scott shooting in North Charleston in April, and many similar occurrences in other parts of the country, people are protesting police violence and debating important issues.

“Though ‘The Exonerated,’ is about tragedy, I find that by the end of the play, it is ultimately a positive theatre experience that relates to these issues, and can uplift hearts and minds,” Evans said. “Similarly to ‘Schindler’s List,’ the play is incredibly sad, but because it has a powerful story, you can’t help feeling moved by the time you leave.”

Joy Vandervort-Cobb, professor of theater at the College of Charleston, presented the one-woman show “No Child” at Pure Theatre where she is a core ensemble member. Vandervort-Cobb said that theater is a place where audiences can question strongly-held beliefs. For her, producing plays that challenge perceptions of the black community is crucial.

“There are all of these stereotypical, harmful images of African-Americans and other minorities out there, and it hurts my soul to see images of black people that are so casually thrown out,” she said. “If someone has no experience with black people, or Muslims, or any minority, then those stereotypes are all they have. We need to talk about these images because, like the old African-American proverb says, the only way to effect change is for, ‘Each One Teach One.’ ”

Vandervort-Cobb said that doing a one woman-show that tackles issues like racism and classism, and their impact on public education, was not only a risk for her personally, but also for Pure Theatre.

“For this festival, I had a big fear that the theater was going to be empty and I was like, ‘It doesn’t matter if it’s good or bad because we’re going to be in theater alone,’ ” she said. “I was blessedly wrong.”

Vandervort-Cobb said that now, in retrospect, the success of the show makes sense to her because of its positioning within the Piccolo Spoleto Theatre Series.

“Festivals are the perfect time to bring out these types of pieces,” she said. “Not only are people actively looking for things to do and see, but they are more willing to take a risk on seeing things they don’t know.”

Though audience turnout for “No Child” has been very good, Midtown Productions had the opposite experience with “The Exonerated,” presented at Threshold Repertory Theatre.

“We did ‘The Exonerated’ during our season back in August and September, and we completely sold out,” Wenger said. “But in a festival, where there are so many choices, we have had much sparser turnouts.”

Evans reiterated Vandervort-Cobb’s point that presenting social justice plays, which often are controversial, can be a huge financial risk for community theaters that are operating on tight budgets.

“We were so surprised and pleased with how ‘The Exonerated’ sold last fall because we were expecting other plays to bring in money, and just wanted to do that one because of the message,” Evans said. “Wanting plays to sell is a top priority for any theater, but we have to balance that because most of the people at Midtown Productions are working for the love of it, which makes it worth choosing plays that deeply resonates with all of us.”

For Evans, Wenger and Vandervort-Cobb, theater is the medium that can most powerfully express social justice messages.

Because theater is usually such an intimate experience, the passion of the performers is palpable, Wenger said.

“For actors to project the core of the piece, they have to go to a place inside of them to bring out the truth,” she said. “Good actors will direct that truth, and that message, so the audience can’t miss it and that makes theater so much more profound.”

Vandervort-Cobb said the human connection a live performance affords is what makes theater an effective forum for confronting social power.

“By acting out a story, the engagement makes the whole experience a really viable instructor,” she said. “ ‘Theater is my hollering place,’ said one of my favorite writers, Pearl Cleage, and that’s how I feel, too. We can deliver a message without beating you over your head.”

Seamus Kirst is a Goldring Arts Journalist from Syracuse University.