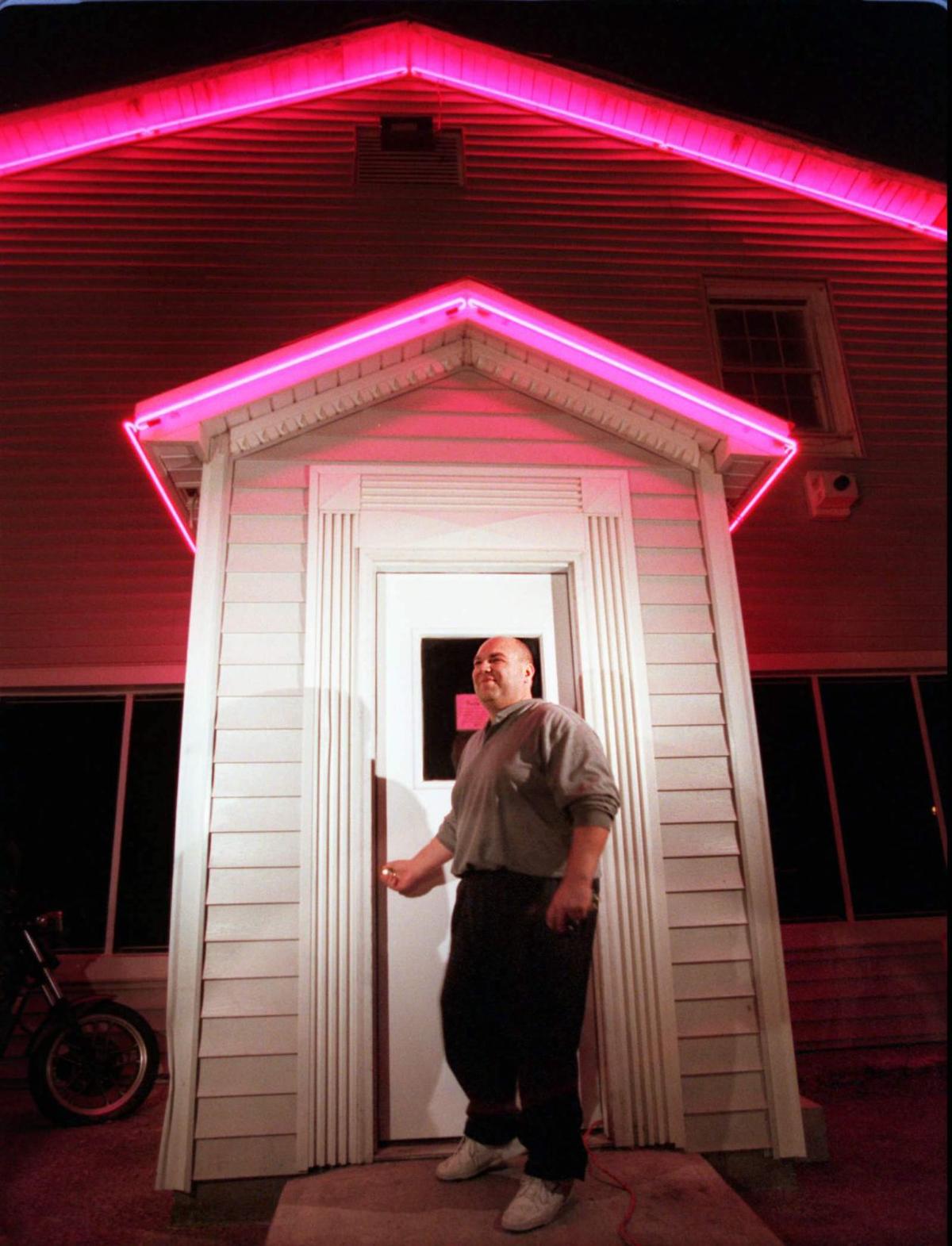 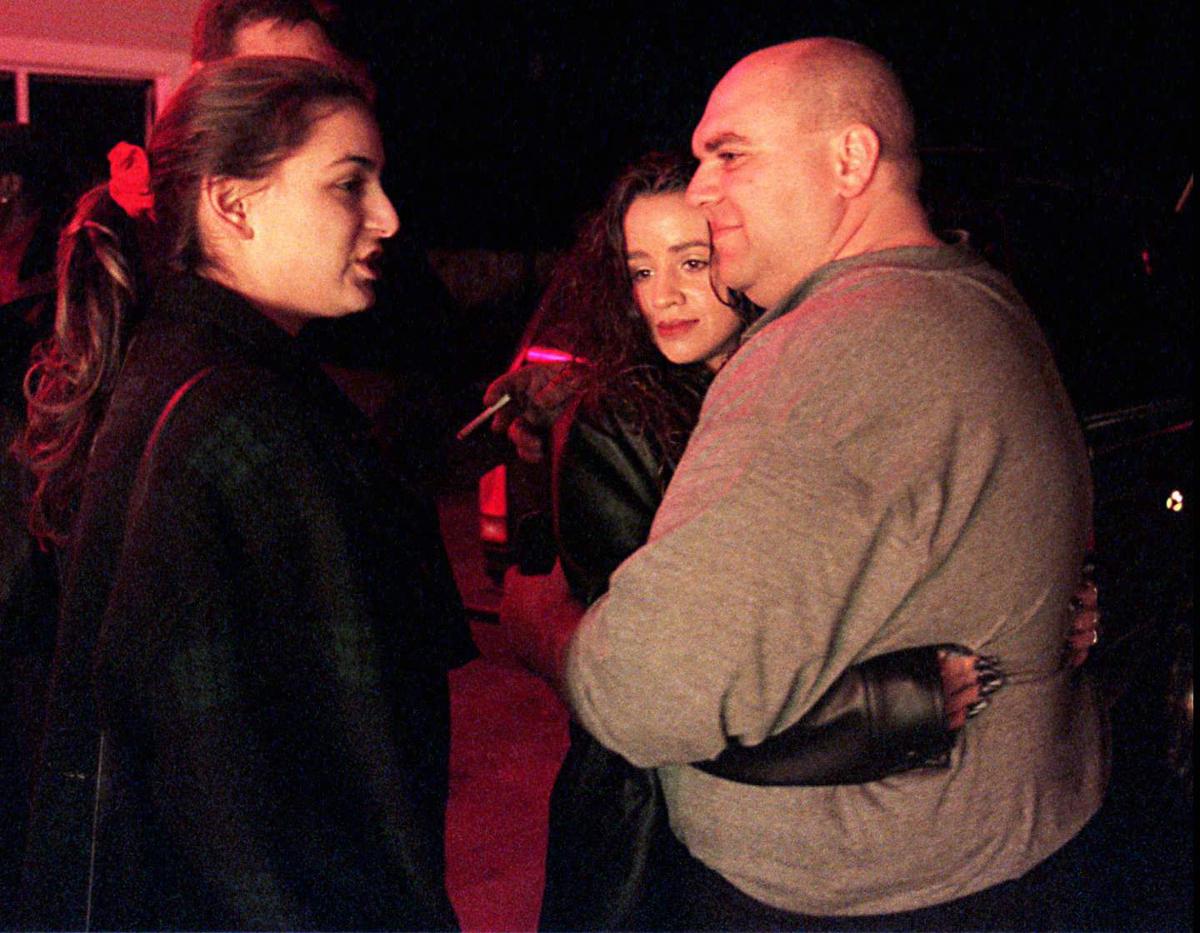 Gennaro "Jerry" Colombo was a key player in a multimillion-dollar swindle involving McDonald's restaurants' Monopoly prize game — HBO viewers know it as the "McMillion$" scam — when God came to him in a dream.

And God told him to open a strip club in Ladson where Bible readings would be offered pre-show.

That, at least, is what Colombo told reporters in 1998 as he clashed with Charleston County's Vice Squad. Colombo called his go-go joint The Church of Fuzzy Bunny's.

"I want (a preacher) to read the Bible for two hours every night, and then we'll drink and watch the girls dance," Colombo told The Post and Courier amid the controversy.

That was before Facebook and Twitter existed, but the story still went viral. It was strange and salacious, it was all over television, and news outlets around the country and in Canada picked it up.

“It drove the Evangelicals crazy," said Nancy Bloodgood, who was involved in the controversy as a lawyer for Charleston County. “It was so weird."

Years later, the FBI would reveal that Colombo was deeply involved in a yearslong scam to steal and cash winning game pieces — almost all the big prizes — in the popular McDonald's Monopoly game. According to The Daily Beast, it added up to about $24 million in cash and prizes.

Colombo recruited people to claim prizes using winning game pieces stolen by a corrupt employee at the plant where they were printed, and the money would be divided up. Colombo himself claimed a prize, a Dodge Viper sports car, and appeared in a McDonald's commercial promoting the Monopoly game

Why, in the middle of that, would Colombo choose to open a controversial adult club that brought him national attention? Colombo took the answer to his grave the same year Fuzzy Bunny's opened and was quickly shut down.

"I think it was mainly for attention," said Summer Hodur, a Charleston-area resident who said she was "barely 20" when she was a waitress at Fuzzy Bunny's in 1998.

“Seriously, when the story hit the wire, I got calls from all over the country," said Mitch Lucas, assistant sheriff in Charleston County, who was spokesman for the department in 1998. " 'The Daily Show' called me."

"The arrogance of people who are getting away with something, it’s just astonishing sometimes," Lucas said.

At the time, Colombo gave interviews freely and even sat down for a call-in show on WCSC Charleston's Live Five news program.

"I think what you're doing is an abomination to God," said a woman who called in to the show hosted by Warren Peper, who was seated at a table with Colombo.

“Well, I guess God hasn’t talked to you lately,” Colombo replied, grinning. “He came to me in a dream a couple weeks ago and told me what I’m doing is fine."

“I couldn’t believe how much he was just spitting in the face of people, about the church/strip club,” said Peper. “It appeared and felt like he was putting one over on people.”

Hodur said she met Colombo through a close friend and was aware of the Monopoly scam.

"I think he (Colombo) thought he wouldn't get caught," Hodur said. "He was trying to leave a mark on the world."

Eventually, someone tipped off the FBI.

The whole saga was detailed in a Daily Beast article and is playing out right now on HBO in the six-part documentary series "McMillion$," with the final episodes set to air March 2 and 9.

The Church of Fuzzy Bunny's gets several mentions in Episode 3.

"South Carolina just wasn't ready for that," said Hodur, who was at the club when the vice squad shut it down in January 1998. "He was just trying to have a business in the world he lived in."

His world included the Colombo crime family in New York, one of the most powerful families in organized crime, the "McMillion$" documentary claims, with support from Colombo's brother and his widow.

Robin Colombo, Jerry's widow, said in the documentary that she told him people would get suspicious if all the big prize winners continued to be people with Italian names living on the East Coast.

Robin Colombo spent some time in prison, published a book called "Mafia Widow to God's Child" and now lives in Jacksonville, Fla. She declined to be interviewed for this story, and said she's keeping a low profile until her next book comes out after "McMillion$" finishes airing.

"They're discriminating against me because I'm Italian American, and they just don't want me to open," Colombo told The Post and Courier in February 1998.

“I closed one of his down. I don’t recall where," she said. "In retaliation, I thought, he bought this little place near Summerville and put a (stripper) pole up, and called it a church."

The business was at S.C. Highway 78 and Von Ohsen Road, on the Charleston County side of the highway. The building later became Little Angel Pizza and has since been torn down.

When Fuzzy Bunny's was shuttered, Colombo suggested the Charleston County Sheriff should "leave me alone and worry about the real problems in the county, like crime."

Colombo didn't live to see the FBI take down the Monopoly game scam in 2001, sending many of his co-conspirators to prison. He died in 1998 from injuries suffered in a highway wreck in Georgia that his wife and son survived.

The first eight arrests in what the FBI called Operation Final Answer included four South Carolina residents. It was a huge fraud scheme spanning years, involving a popular and heavily advertised McDonald's promotion, but few likely remember hearing news reports about the trial, because it began on Sept 10, 2001.

Test your knowledge of Charleston development, food and dining with this week's news quiz