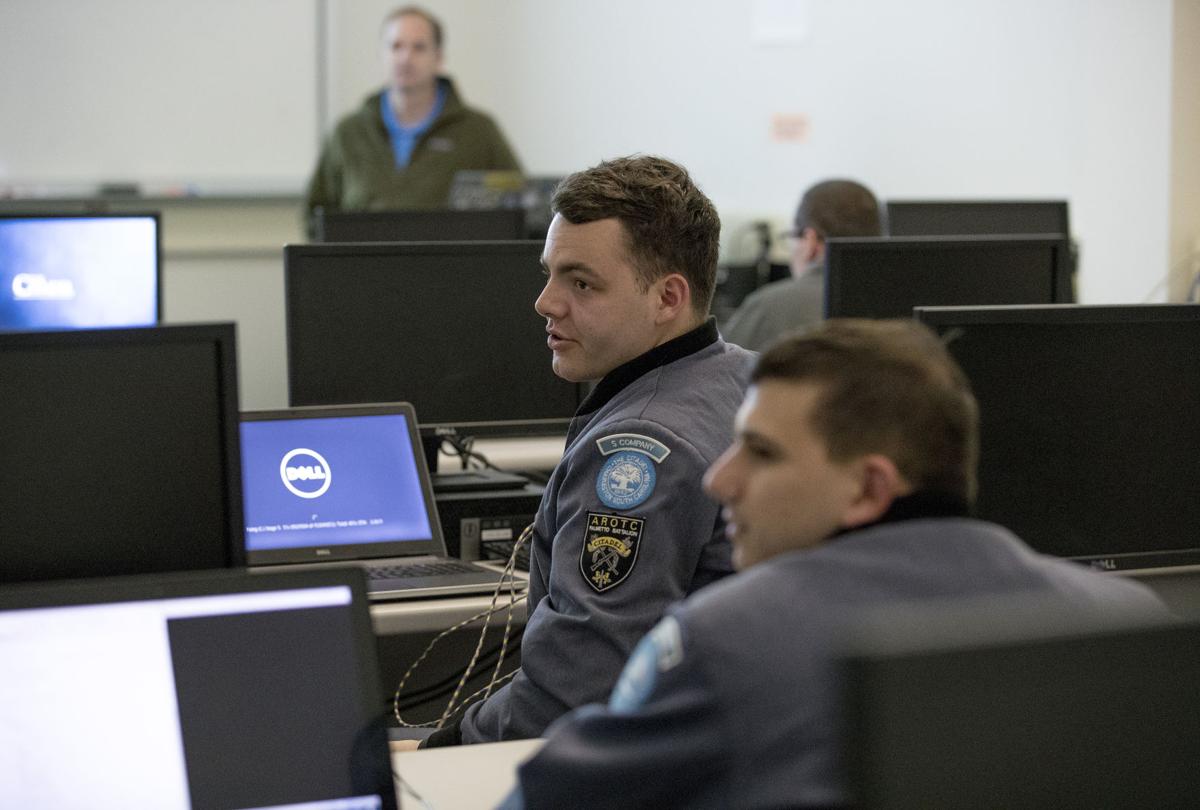 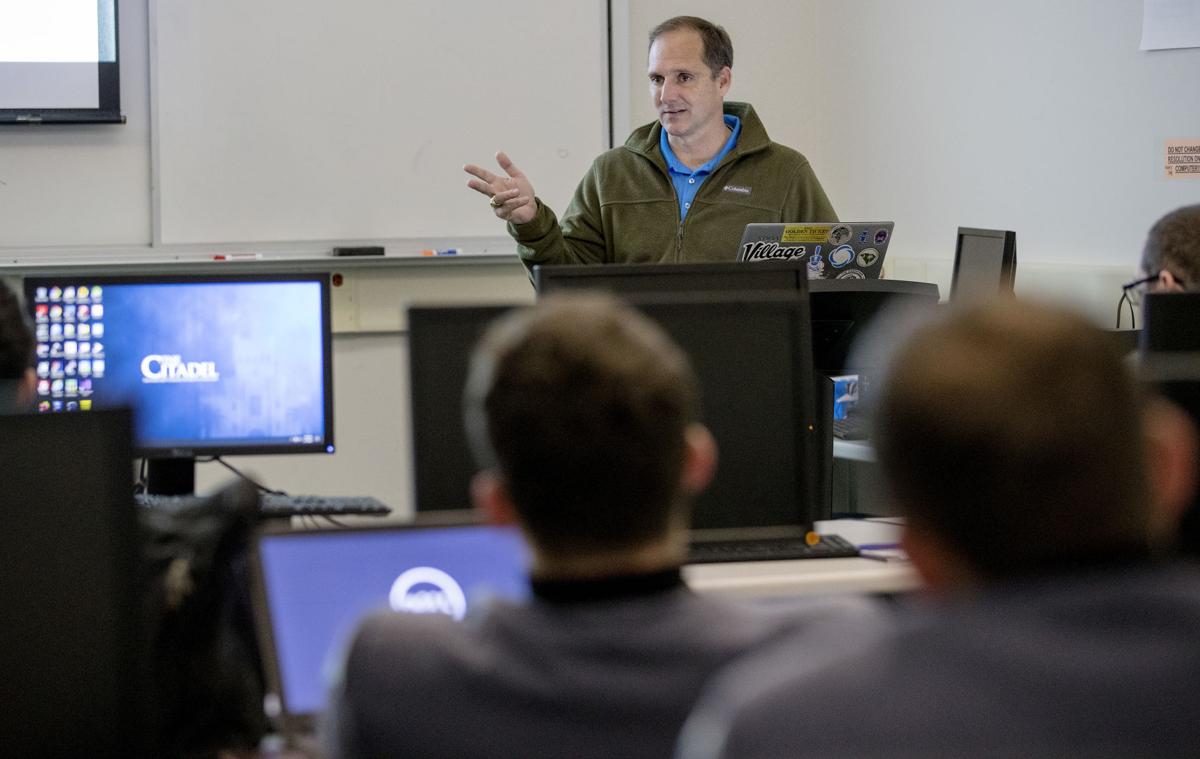 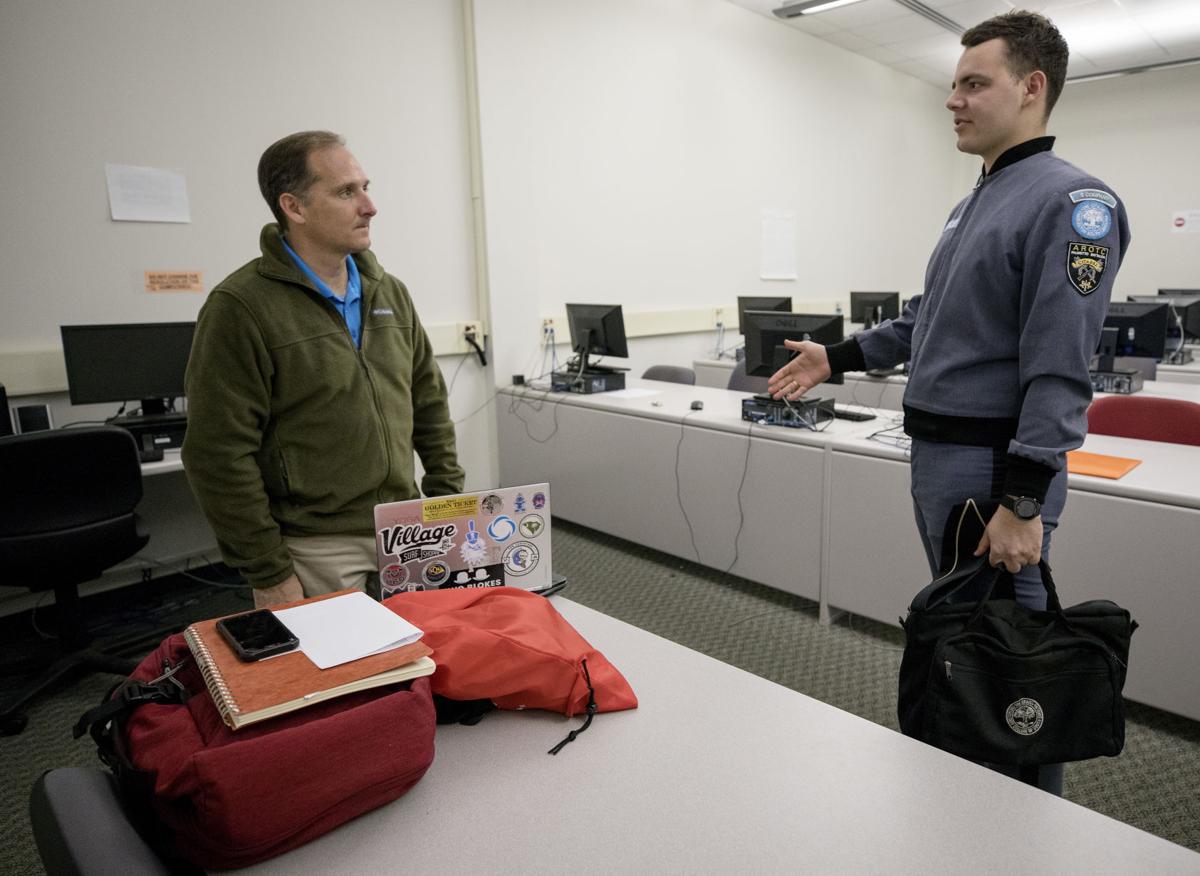 The United States is in the midst of a rapidly changing era of cyber warfare.

As the frequency of cyber attacks continues to increase, so does the need for skilled professionals and military leaders who know how to defend against them. But the demand for skilled workers in the field far exceeds the available supply.

The Citadel is hoping to change that.

In the fall, it will launch its first Bachelor of Science in Cyber Operations.

Educating the next generation of cyber warriors is imperative, said Shankar Banik, co-director of The Citadel’s Center for Cyber, Intelligence and Security Studies.

Cyber attacks and targeted misinformation campaigns can have significant national security, economic and political consequences since these types of attacks are relatively cheap to organize and execute but more difficult and expensive to guard against.

Cyber crimes will cost the world $6 trillion annually by 2021, up from around $3 trillion in 2015, according to Cybersecurity Ventures. These costs include destruction of data, stolen money and theft of personal and financial information.

South Carolina is not immune to these sabotages.

In 2012, the state saw it on a mass scale after the hacking of personal financial records from the S.C. Department of Revenue impacted more than 6 million people and businesses.

"Cyber hygiene is a major factor in our first steps toward defending America," Chapman said. "Our youth are arguably our greatest attack vector and are prone to clicking, uploading, and/or downloading things without understanding the second or third order of effects."

The Citadel isn't alone in its attempts to bolster cybersecurity education. In recent years, schools and colleges across the state have ramped-up their cyber education programs with the hopes of training the nation's future cyber workforce.

In 2018, the university was named a National Center of Academic Excellence in Cyber Defense by the National Security Agency in 2018. The Citadel received the same designation by the NSA in 2016.

Liberal arts institutions like Anderson University are also getting involved. The private college will launch four undergraduate degrees in cybersecurity through its Center for Cybersecurity set to open this fall.

This is good news for eager employers.

The number of cybersecurity job postings has grown 94 percent since 2013, according to a study by Burning Glass Technologies.

Cybersecurity majors were rare a decade ago, but information security analyst jobs are expected to grow 32 percent by 2028, making it one of the fastest growing careers.

These jobs pay well. Even entry-level pay for cyber-related jobs is about $10,000 better than the national median salary, and the median annual wage for information security analysts was about $98,000, according to the U.S. Bureau of Labor Statistics.

"There's a lot of money in cybersecurity, and because it is a critical need it's quickly becoming a national pillar that will be a mainstay forever to come," Chapman said.

Over the past decade, more schools in South Carolina have also started to participate in educational cyber events, said Scott West, the lead event director for the National Cyber Range Complex in Charleston.

"That has been an exciting thing to watch because a lot of times we see these highly motivated students that are part of programs like the one at The Citadel, as well as other schools, that we may be recruiting from," West said.

Later this month, members of The Citadel's Cyber Team will compete in a cyber defense contest where they'll take what they've learned in the classroom and apply it to real-world situations.

John Delpizzo, a senior computer science major and cybersecurity minor, is one of the 12 students that was recruited to join the team.

"I've been around computers my whole life, and my dad's an engineer, so I loved kind of figuring out how they kind of worked. And eventually I realized that, you know, a lot of computers are so complex that they can be broken in certain ways," he said.

Cyber students have to learn the technical side of cyber security with courses on reverse engineering, coding, computer hardware and offensive/defensive hacking strategies.

But they also learn what's known as the soft-side of cyber, studying things like ethical hacking, federal privacy laws and cyber policies.

"There's the whole, like, the keyboard and mouse kind of aspect of it," Delpizzo said. "But there's also social engineering, which is talking with people and getting them to reveal a little more than they really realized that should."

After graduation, he plans to join the Air Force as a cyber officer.

"I know that communication has such a prevalent role in war and battles and that a lot of my friends are going to be kind of in the field actually fighting ... And I want to make sure that my friends come back," he said.

The Citadel offered its first cybersecurity class in 2007 shortly after Banik was hired.

At that time, cybersecurity was just shaping up, he said. But he felt like the school needed more programs to better prepare students for future cybersecurity and intelligence careers.

Over the next few years, the college began to expand its cyber and computer science courses.

Today, the school offers a variety of programs and majors geared toward cyber security and intelligence, including a four-course graduate certificate program that's open to members of the public offered through a partnership with the College of Charleston.

The Citadel is also part of a collaboration that resulted in the 2019 National Defense Authorization Act that provides $10 million in federal funding to create U.S. Department of Defense cyber institutes at senior military colleges across the county.

Last month, the school was awarded a $2.8 million grant from the National Science Foundation to create the state’s first CyberCorps Scholarship for Service program — the largest grant the school has earned to date.

The funding will provide scholarships for undergraduate students pursuing a major in computer science, cyber operations or intelligence and security studies. After graduation, the cyber scholars will pursue employment with a government entity in a cybersecurity-related position. The students will have their tuition paid for and will receive a $25,000 stipend.

Success means these students would be highly sought-after job candidates for organizations like the Naval Information Warfare Center Atlantic.

"It is very hard to find good, qualified cybersecurity professionals that understand the domain areas, especially when you start getting into very specialized areas," said West, who coaches The Citadel's cyber competition team weekly. "Industry wants them for their mission just as much as we do."

Despite the school's advances in cyber education over the past decade, there's still more to be done.

Construction of a new Capers Hall is estimated to be completed by 2024. It will host the physical location of the Center for Cyber, Intelligence and Security Studies, along with a new cyber computer lab and cyber range, where students can practice their skills in real-world scenarios.

The college also hopes to install a sensitive compartmented information facility, also known as a SCIF, in the new Capers Hall, enabling cyber and intelligence students to work on classified Pentagon projects.

In the meantime, the demand for cyber jobs will likely continue to skyrocket.

"I don’t see that we’ll be able to meet this (need) anytime soon," Banik said, "because the demand is growing every day."

Editor's note: Story has been updated to include attribution to Cybersecurity Ventures on the estimated annual cost of cyber crimes.