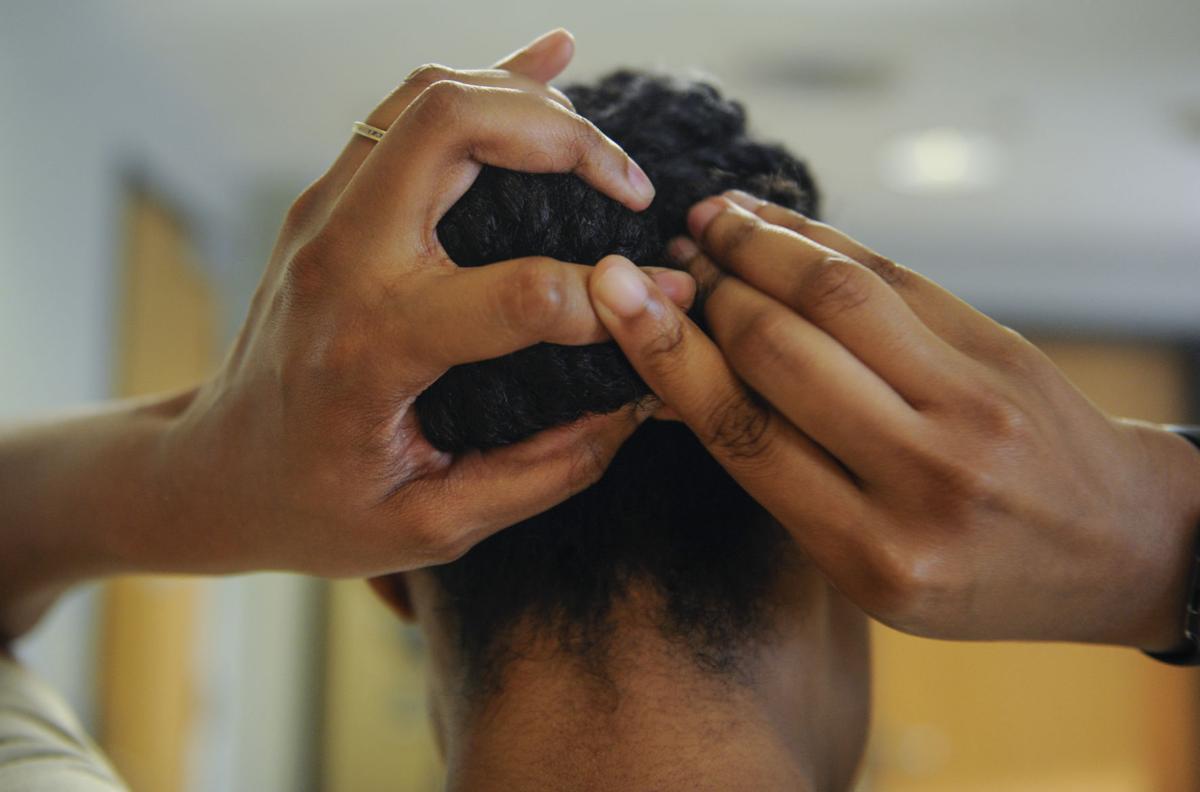 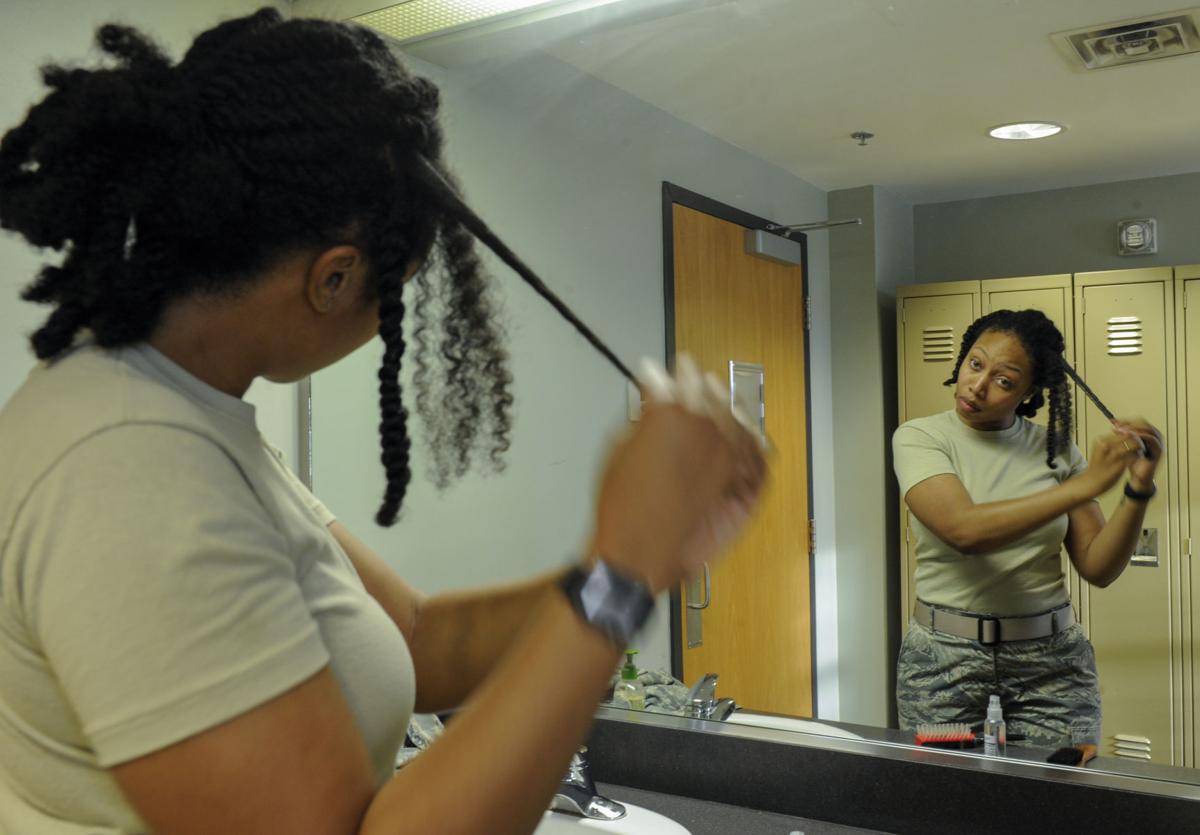 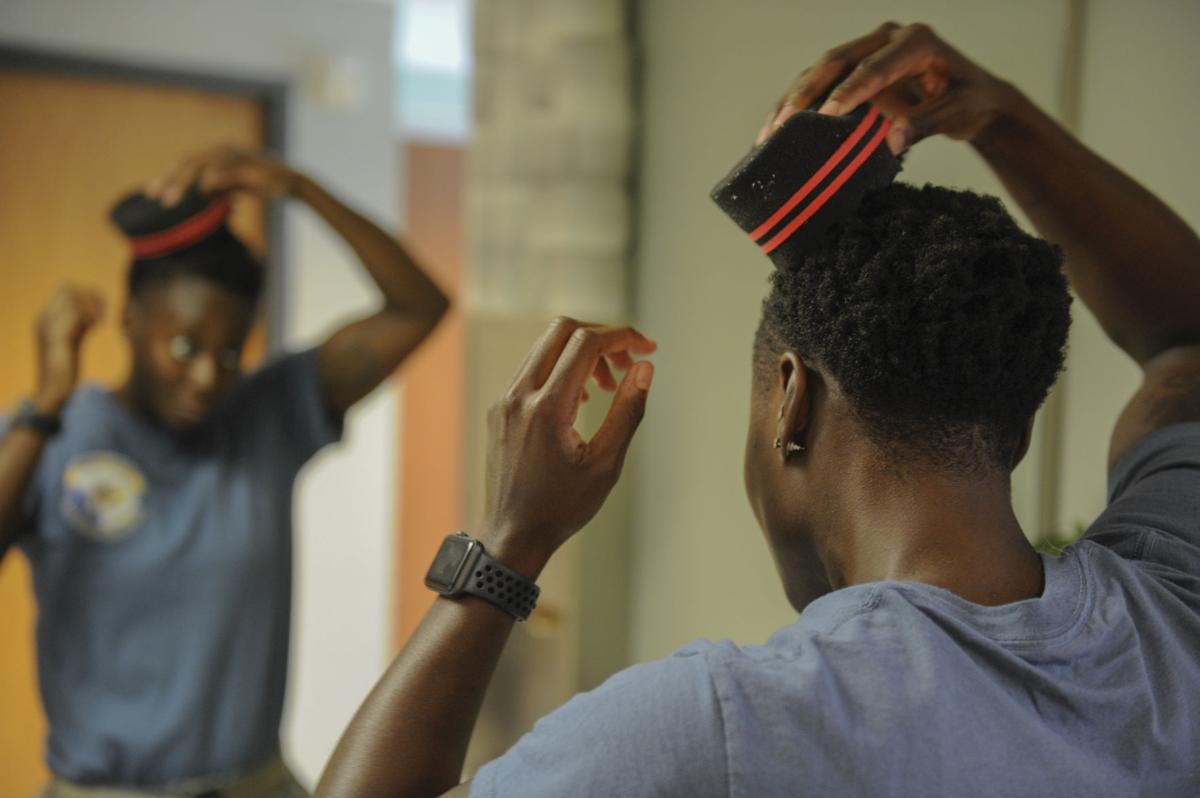 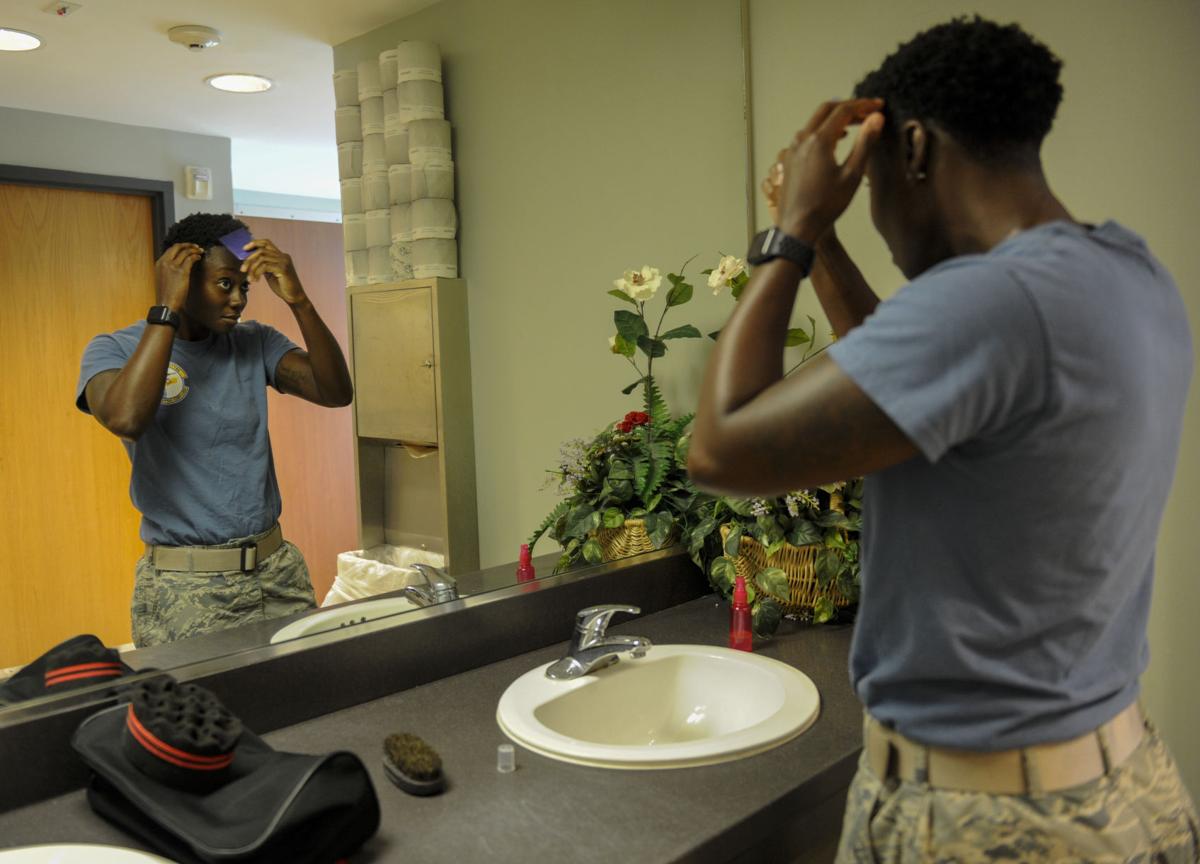 Sitting in the swivel chair and mustering up her courage, Jamila Edgerson kept reminding herself that military life demanded sacrifice.

She had grown up with it. Her father served in the Army for 22 years before he retired from the 82nd Airborne Division at Fort Bragg.

Now, the self-proclaimed Army brat was going to be commissioned in the Air Force.

"Are you ready?" the barber at Keesler Air Force Base asked her.

The real answer, Edgerson said while reflecting back on that moment in 2012, was no. But that wasn't an option.

According to dress regulations at the time, the shoulder-length dreadlocks Edgerson had worn for five years were "not authorized." At one time, both the Air Force and the Army even described this hairstyle typically worn by black women as being "unkempt." That language would later be removed, but for years the ban on dreadlocks — called locs for short — would persist.

So Edgerson told the barber what had to be done that day: "Cut 'em off."

But last month, Edgerson's inbox started filling up with questions from her fellow airmen about the hair she used to have.

"Ma'am, is this something that you're going to do again?" they asked the captain at Joint Base Charleston.

And for the first time in her military career, Edgerson can seriously consider it.

The Air Force became the latest military branch to lift its ban when it announced changes to its dress regulations in July.

Chief Master Sgt. Joey Williams, who is now stationed at Joint Base Charleston, was a personnel matters official at Air Force headquarters when the changes were being discussed during what was the 100th meeting of the Air Force Uniform Board.

She said preserving individuality while still maintaining a professional military appearance do not have to be at odds with each other.

"We had to change with the times," Williams told The Post and Courier. "The equipment changes. The uniform changes. Why not change the hair?"

The Air Force defines locs as "portions of hair that have been intentionally or unintentionally fused together to form a loc or locs."

The request to include the look on the list of other approved female hairstyles such as braids, twists, micro-braids and cornrows came directly from airmen.

Since 2014, the Air Force has been soliciting ideas from its airmen on everything from how to be more cost-effective to whether or not airmen should be allowed to wear earrings on base.

According to the latest figures from the Air Force, women make up a little more than 20 percent of Air Force personnel and 21 percent of officers are women.

The uniform board considered whether to allow dreadlocks at its meeting in April 2017. Williams admitted the change took time but said leadership understood the importance to get it done.

"They got the hair stuff done because the airmen wanted it. There was nothing that was wrong with allowing it," she said. "It allowed them to still do their job, look like a professional airman and still be an individual is what it came down to."

Airmen is the plural reference noun used for most any member of the Air Force, male or female.

Already at Joint Base Charleston, airmen are discussing what the changes mean for them.

Staff Sgt. Deandra Brandon said one of her fellow airmen is already looking into getting her hair back into dreadlocks since it works better for her hair.

"With our type of hair, with Afro-American hair, it's really fragile," Brandon said. "For my friends who are looking to grow their locs back, it's low-maintenance. You don't have to constantly be in it, and possibly breaking your hair off, which can happen."

In addition to allowing locs, female airmen now have a few more options when it comes to their hair thanks to the changes. There is no longer a minimum hair length, so airmen can go bald or shave their heads if they choose. The bulk of the hair when pulled up can now be 3½ inches instead of 3 inches.

For male airmen, they can now wear earrings while wearing civilian clothes on or off base.

Edgerson said the change is a way for her to return to a physical appearance she had for five years and one that she said was a healthier option for her coarse and tight hair.

"The fact that we have these leaders that are actually listening to us and allowing us to still be individuals is phenomenal," she said. "I always say as long as Jamila is taken care of, Capt. Edgerson will always perform phenomenally."

She stopped to touch the short hair she has had since 2012.

"I've had my hair like this since I've been in the military. So, it's what I know. It's easy. But now that I'm able to do it, I might just go ahead and loc it up," she said.

Along with allowing dreadlocks, different branches of the military have made changes to its uniform and dress standards in recent years to modernize with the times.