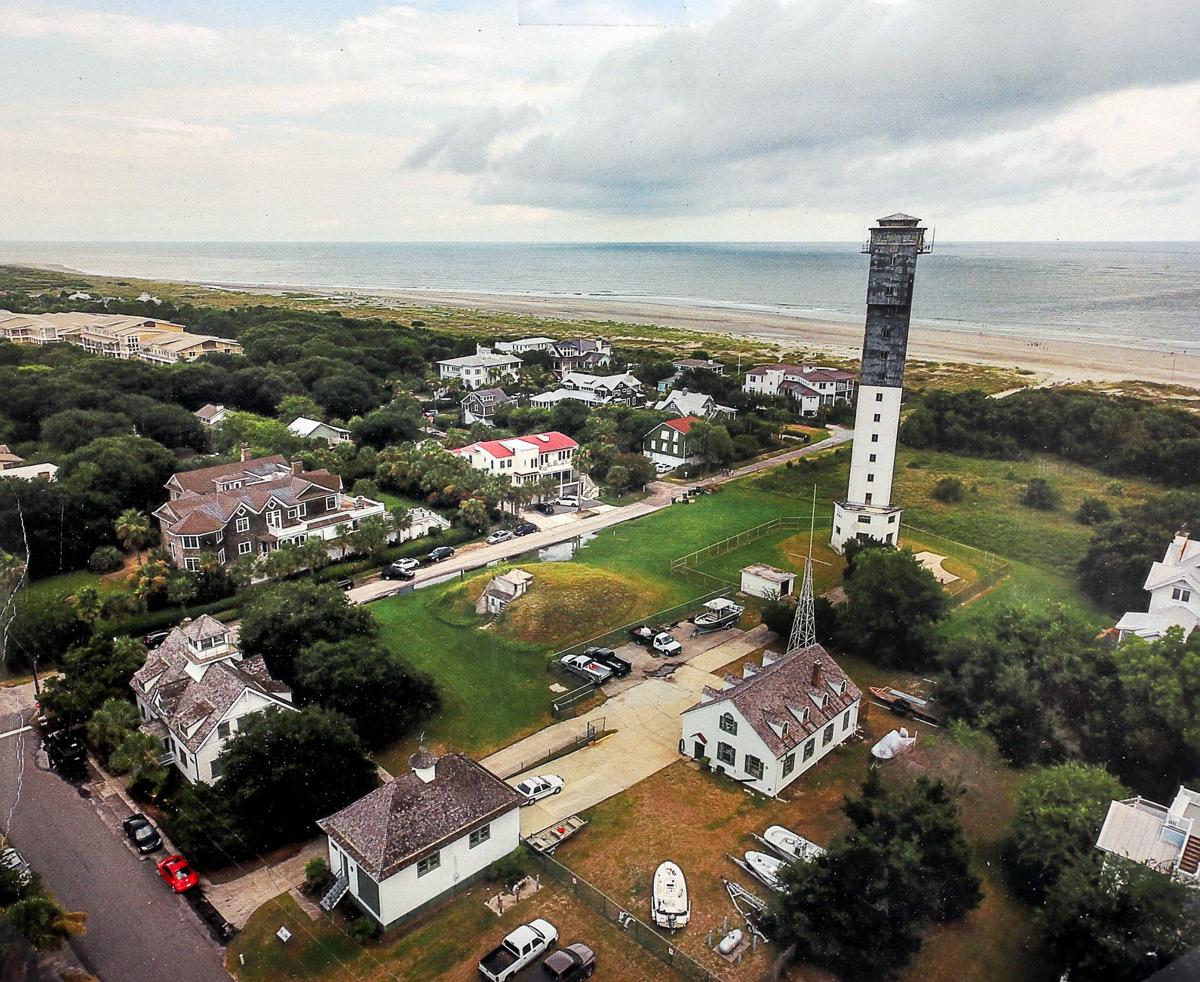 An view of Sullivan's Island's three-sided lighthouse, built in 1962. Copied/Provided 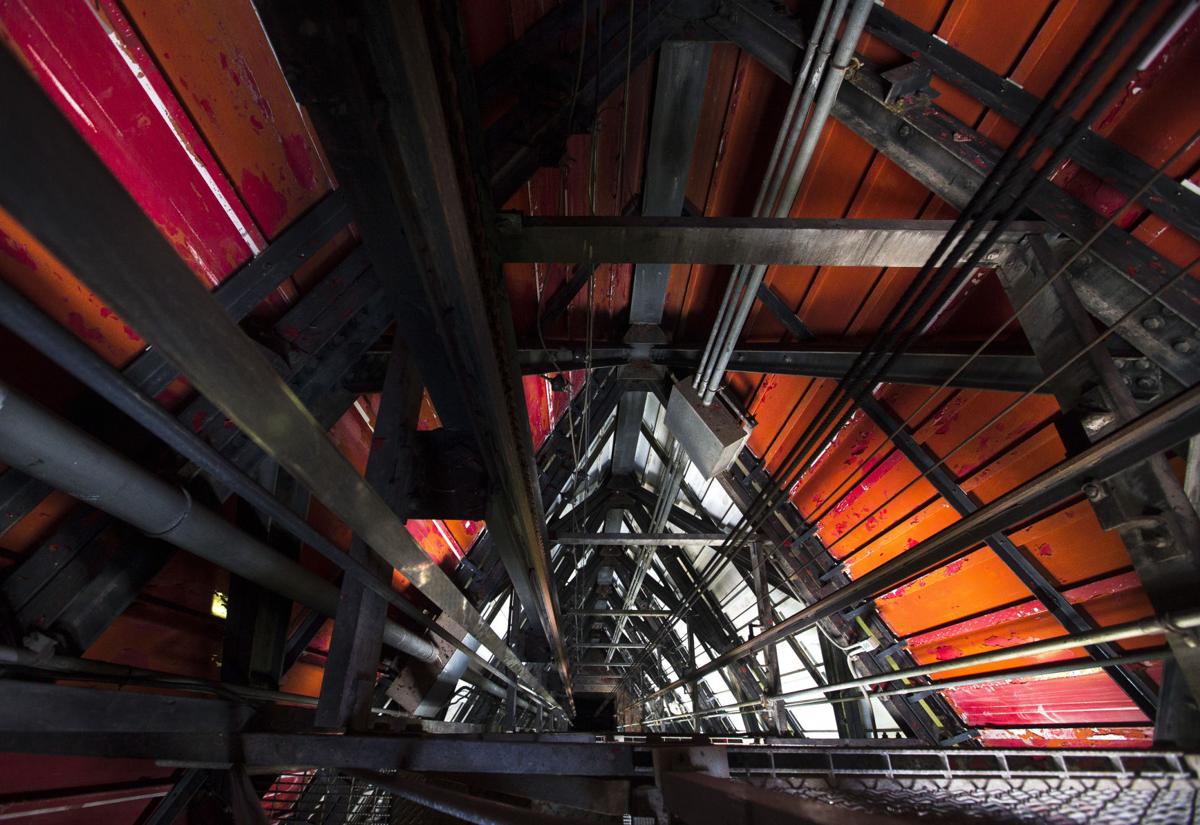 A view of the elevator shaft of the Sullivan's Island Lighthouse. Being designated as a national park could help secure funding for projects like the restoration of the lighthouse. File/Andrew J. Whitaker/Staff 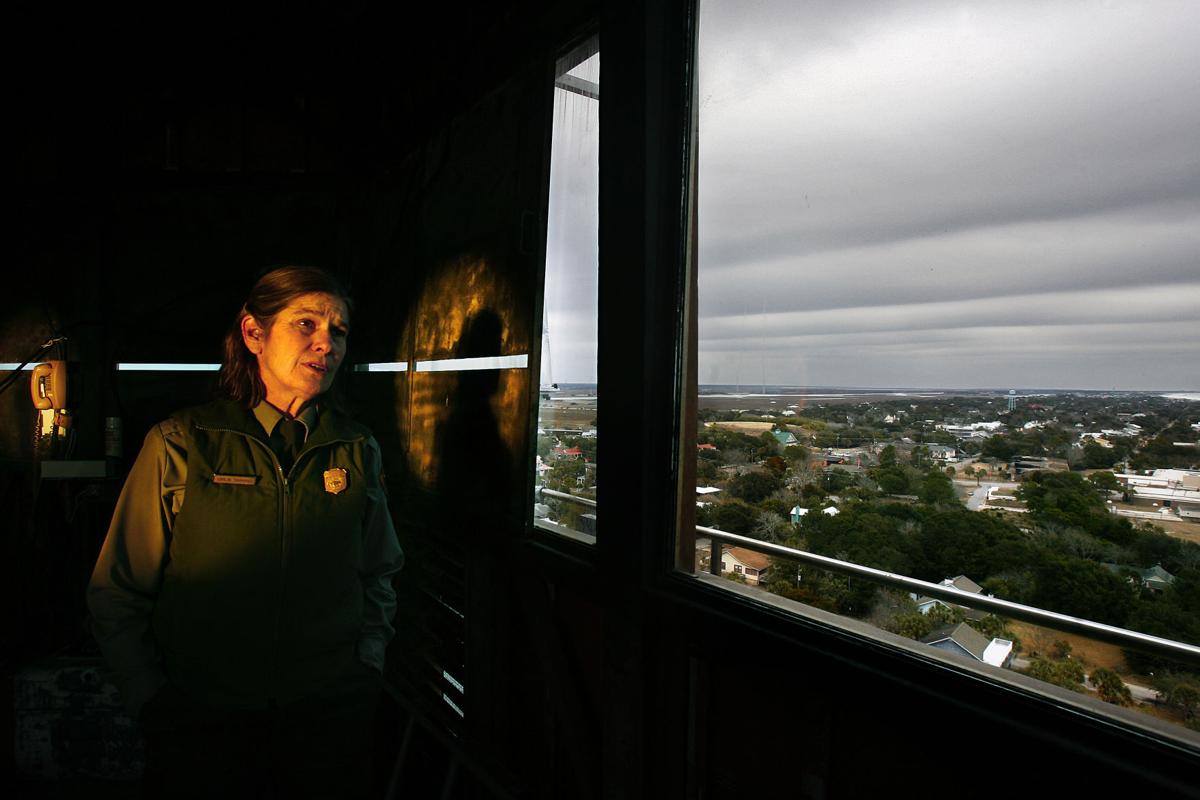 Park Ranger Carla Timmons is illuminated by the light in the Sullivan's Island Lighthouse as she talks about the history of thestructure. 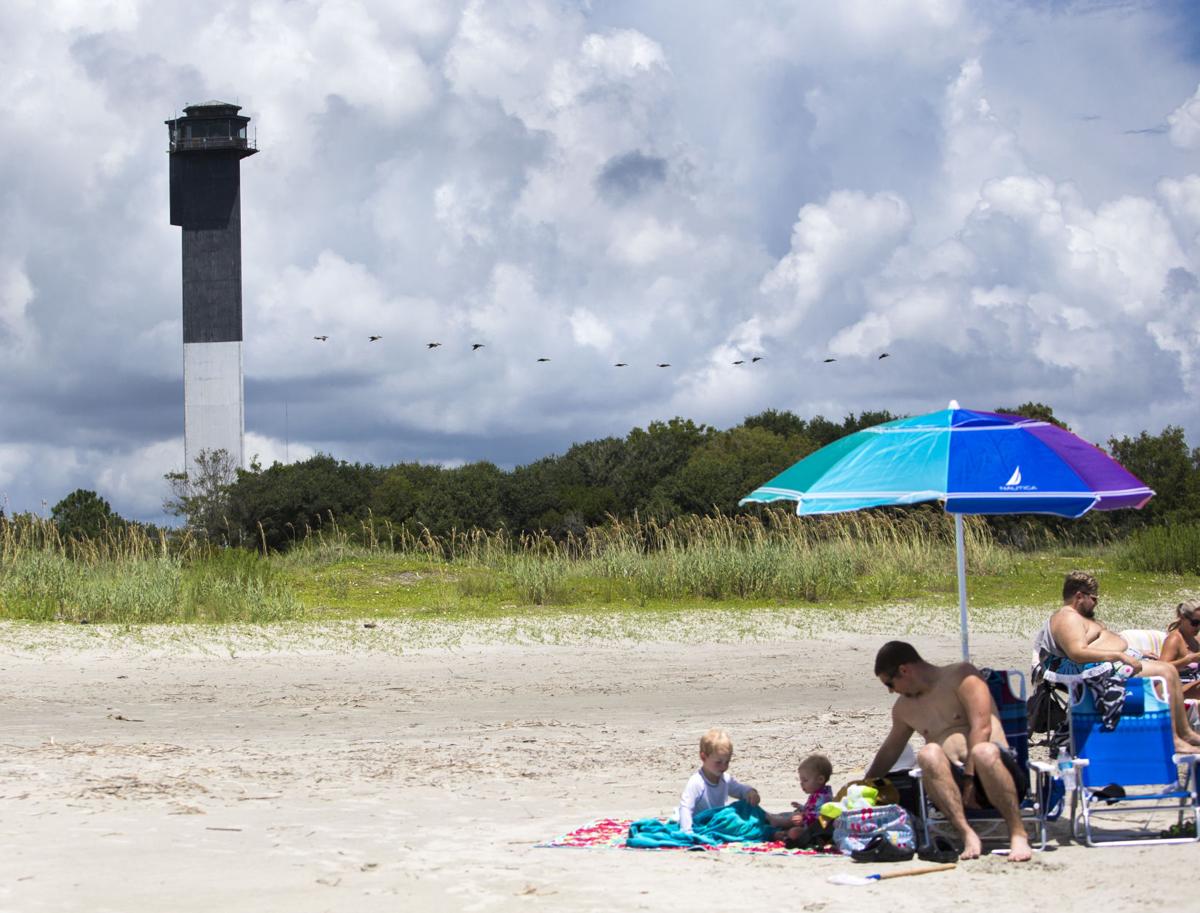 The Sullivan's Island Lighthouse, also known as the Charleston Light, is seen from the beach on Aug. 4, 2018. Construction of the lighthouse was completed in 1962. File/Andrew J. Whitaker/Staff

An view of Sullivan's Island's three-sided lighthouse, built in 1962. Copied/Provided

A view of the elevator shaft of the Sullivan's Island Lighthouse. Being designated as a national park could help secure funding for projects like the restoration of the lighthouse. File/Andrew J. Whitaker/Staff

The Sullivan's Island Lighthouse, also known as the Charleston Light, went dark in November. Half a year later, and we're still a little bit in the dark as to whether it's out or officially shining once more.

The Sullivan's Island Lighthouse went dark last month, and it may not be back for a while

According to the Coast Guard, which is in charge of maintenance, and the National Parks Service which owns the land it sits on, the light was shining for a brief moment at the end of April since the old equipment broke down last year.

"It was out for quite some time, down for at least two months," said Coast Guard LTJG Phillip H. VanderWeit on May 14.

The Post and Courier reported in December that the light had been disabled since early November. For nearly seven months, the lighthouse has been dark.

"I heard it was out again," said Paula Ogden-Muse, Fort Sumter and Fort Moultrie chief of interpretation, on May 15. "I heard yesterday at a meeting. And one of our rangers was tasked with chasing down the Coast Guard folks who have worked on it and replaced the light."

The following day, that message was relayed to the Coast Guard, which consulted with lighthouse experts in Virginia to troubleshoot the problem, according to VanderWeit.

"We have gone out to look at it and are working to get it fixed right now," he said May 21. "We re-did the entire operating system, replaced the light and upgraded the technology, and there were some things that were not talking with the old system."

Later that same day, he received a report that the light had been fixed, but Sullivan's Island residents and boaters said they haven't been able to see the rotating light from land or sea since it went out in November.

Caroline Knopf, who lives in a beach house with a clear view of the light, said she hasn't been able to see it, even during the time the Coast Guard reported it was operating. She did notice the temporary, weaker, stationary light, though.

"It’s just a totally different type of light they have up there right now," she said. "Before, there were these sentinel looking beams that were a hallmark of the island. ... They can’t let that lighthouse go dark. It’s a part of the island's history."

When properly functioning, the new light is set to shine 24 hours a day with a flashing group of two white beams every 30 seconds visible at a range of 20 nautical miles. The rotating beam, which is just over two feet tall and weighs 48 pounds, is fueled by commercial shore power routed through a battery charger.

According to VanderWeit, the light is still used to this day as a navigation aid to boats in the Charleston area.

"It's part of a larger, more complex network of aids to navigation used by commercial or recreational vessels," he said, adding that residents who notice that the lighthouse is not working should contact the Coast Guard so they can be made aware.

The Charleston Light was first illuminated in 1962 and could be seen glowing as a guiding beacon up to 26 nautical miles from shore for over 50 years.