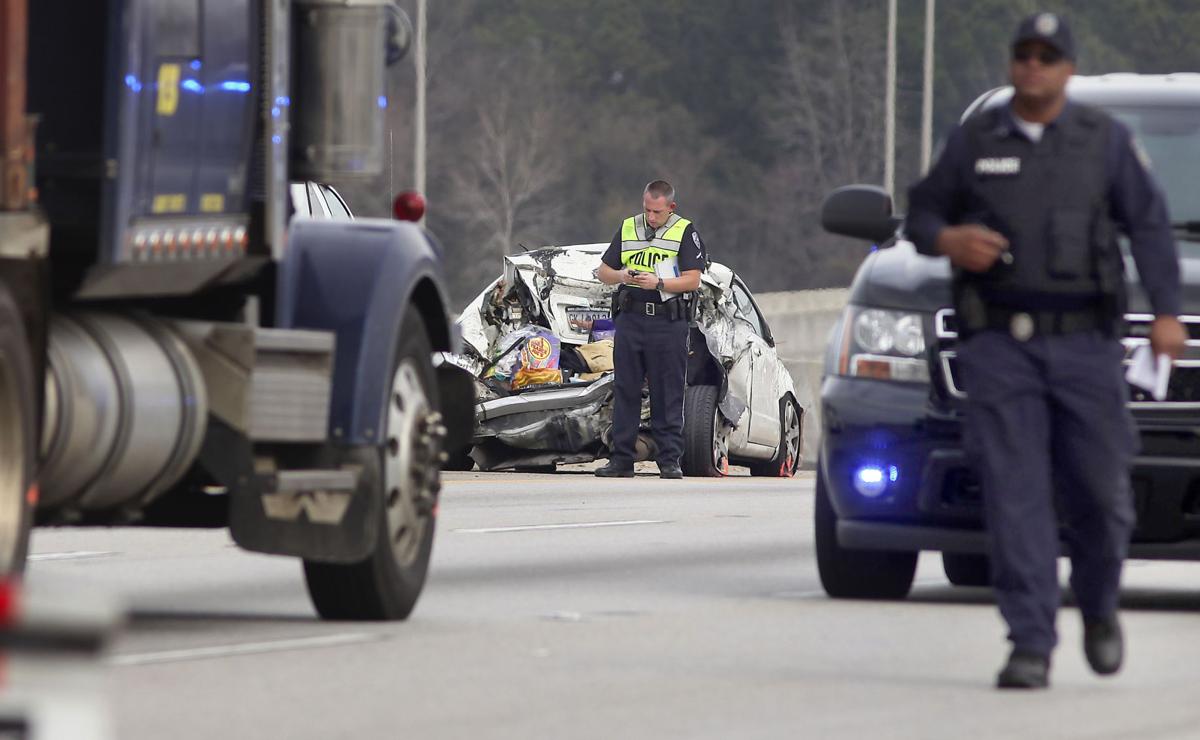 A policeman looks at his phone while standing next to a car involved in a fatal six-vehicle crash on eastbound Interstate 526 at Rivers Avenue in North Charleston. The vehicles were in stop-and-go traffic from an earlier wreck that spilled fuel on the road. File/ANDREW KNAPP/STAFF 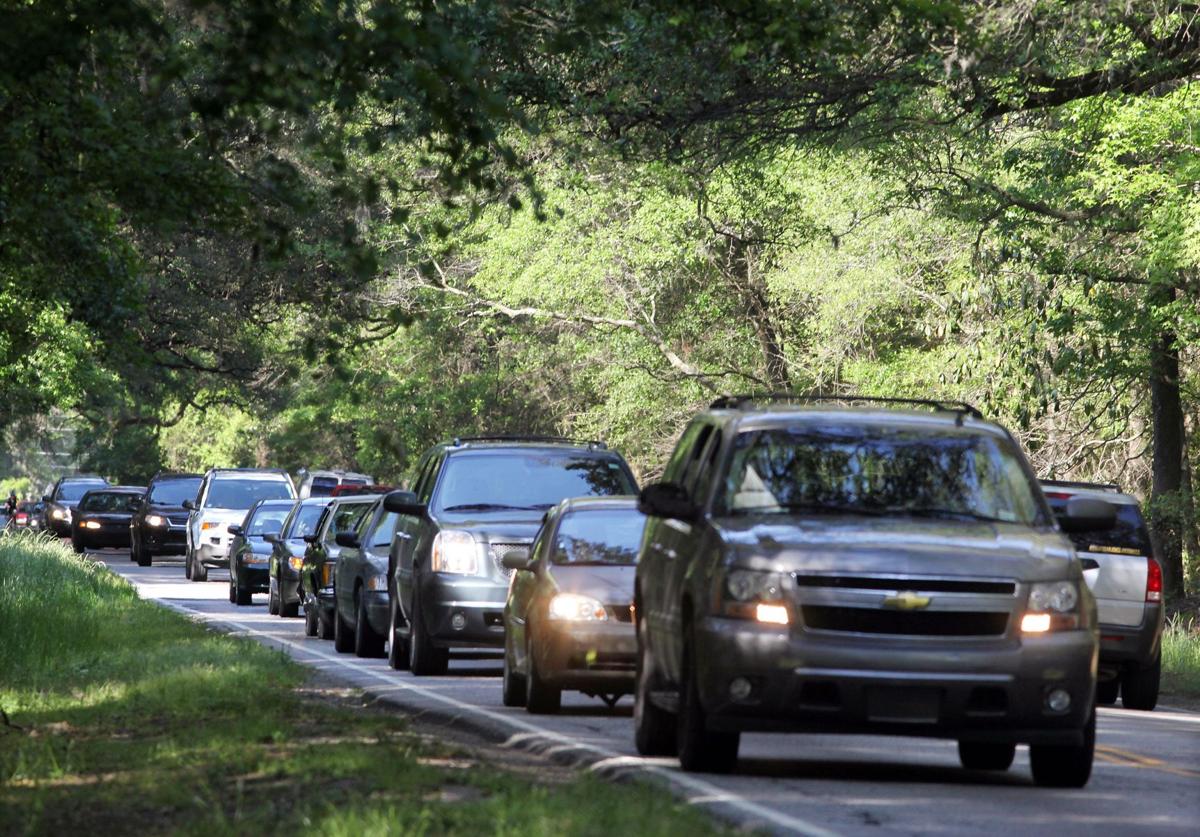 Traffic on Maybank Highway on Johns Island creeps along as motorist make their way to the intersection of Maybank and River Road during rush hour. File/Brad Nettles/postandcourier.com 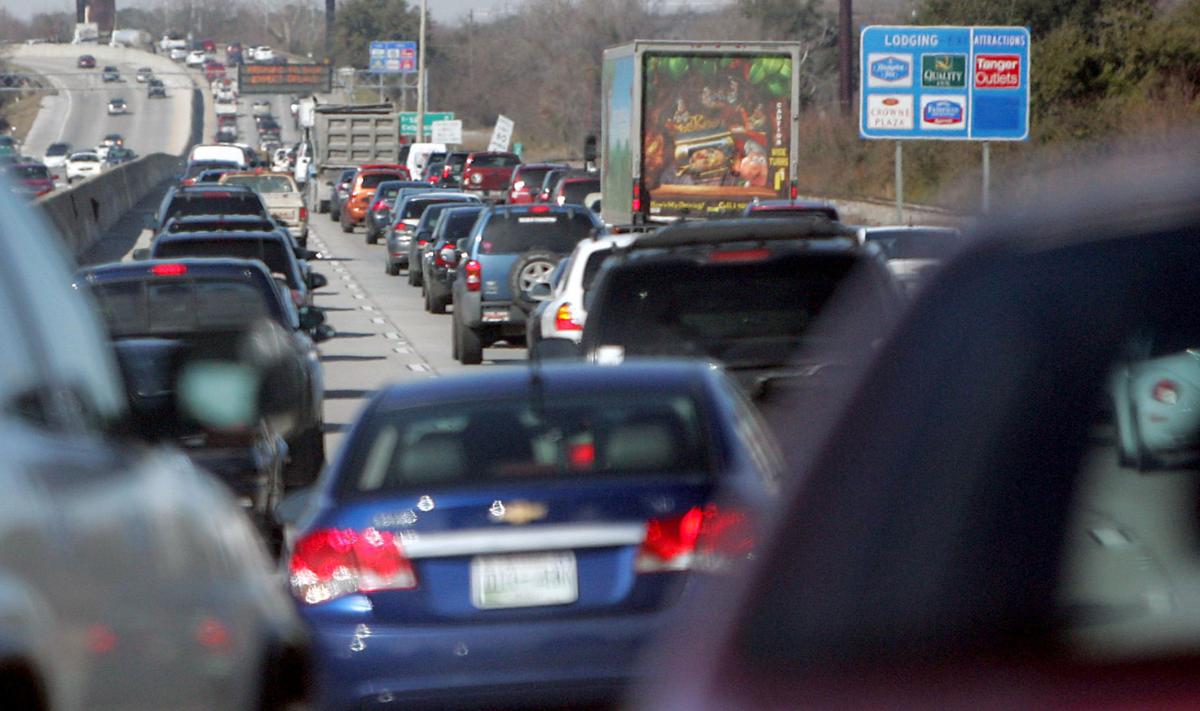 A policeman looks at his phone while standing next to a car involved in a fatal six-vehicle crash on eastbound Interstate 526 at Rivers Avenue in North Charleston. The vehicles were in stop-and-go traffic from an earlier wreck that spilled fuel on the road. File/ANDREW KNAPP/STAFF

Traffic on Maybank Highway on Johns Island creeps along as motorist make their way to the intersection of Maybank and River Road during rush hour. File/Brad Nettles/postandcourier.com

Rural roadways, speeding and careless driving could be making South Carolina among the deadliest states in the nation for drivers.

An annual report by the company CarInsuranceComparison.com using data from the National Highway Traffic Safety Administration ranked the state's drivers third worst in the nation. It cites statistics for roadway fatalities, speeding and careless driving, among other factors. The study, which is in its fifth year, has placed South Carolina among the nation's top five worst states for the past four years.

"We want this to be a battle cry to let people know you need to be on guard," said Josh Barnes, a spokesman for the company, which analyzes driver safety and automobile insurance data to compile consumer advice articles. "There are things you can do."

South Carolina’s ranking as having the third worst drivers in the nation is no surprise to Larenda Logan.

She said she sees it firsthand every day on Dorchester Road, coming from Summerville through North Charleston on the way to the downtown area.

“I’d rather take (Interstate) 26, but it’s just as bad,” she said. “People are constantly cutting each other off and not allowing others to merge lanes when they need to.”

Tom Knight, a College of Charleston student, hails from New Jersey, which is ranked seventh best in the nation. After arriving in the Palmetto State, Knight said he saw multiple potential accidents in the downtown area due to the “accordion effect.”

“Someone will stop, there’ll be a big gap, and then they’ll speed up and stop again,” he said. “Everyone behind them has to do the same thing and it just messes everything up. It drives me crazy.”

According to CarInsuranceComparison.com's analysis of NHTSA data for 2014 — the most recent year all data is available — South Carolina ranked first in the nation for vehicular fatality rate.

The state ranked 34th for failure to obey traffic signals, wear seat belts or for driving with an invalid license, according to the study. South Carolina placed 10th in drunken driving and seventh for speeding and careless driving.

While Barnes and his firm conclude that South Carolina has the nation's third worst drivers, others disagree.

Tiffany Wright, a spokeswoman for AAA Carolinas, argues that the problem has more to do with roads than with the drivers.

South Carolina has a high number of rural roads, which are typically the most risky because they lack shoulders and other features usually found on urban roads, Wright said. Driving mistakes that would be "correctable" on urban roadways often are not on rural roads.

"It's kind of a wake-up call," Wright said of the ranking. "We need to do better in our state."

She hopes rankings like this will help raise awareness and motivate drivers to be defensive while on the road.

Russ Rader, a spokesman for the Insurance Institute for Highway Safety, more commonly known as IIHS, agreed that residents and lawmakers should look carefully at South Carolina's roadways.

"Comparisons among states are really about the roads," Rader said. "Proportionally speaking, a higher percentage of deaths happen on rural roads."

In 2014, 82 percent of South Carolina's automobile fatalities happened on rural roads, he said. The national average was 51 percent.

"It's not so much that you need to spend millions on roads," Rader said. "It changes factors in crashes on those roads. Driver behavior is the most difficult thing to change."

For Rader, the fact that there are more than 30,000 motoring-related fatalities every year is unacceptable.

According to 2015 statistics available from the National Highway Traffic Safety Administration, there were 977 traffic fatalities in South Carolina in 2015, the highest number since 2007 when there were 1,077 fatalities. Of last year's fatalities, 278 happened on urban roads while 699 happened in rural areas.

From 2006-2015, rural roads made up the vast majority of traffic fatalities in the Palmetto State, according to the agency's statistics. Rural fatalities made up 86 percent of the total in 2006. In 2009, they made up 98 percent.

In 2014, rural traffic fatalities reached a low of 69 percent of the total, but 2015 saw a jump to 71 percent, according to the agency's statistics.

Sgt. Bob Beres of the S.C. Highway Patrol said his agency does not typically comment on independent studies of highway safety.

"These designations can be subjective and based on many factors," Beres said. "Typically, around the first of the year, we will release a snapshot of where we stand on highway safety trends for the previous year."

This year has seen fewer fatalities, through Nov. 28, than last year with 894 compared to 900, he said. The Highway Patrol continues to work toward its goal of zero traffic deaths.

Combating speeding, drunken driving and enforcing seat belt laws continues to be a primary focus for the agency in lowering the traffic death rate, Beres said.

While officials are working on ways to address traffic safety, South Carolina residents like Bill Johnson, who's from the Hilton Head area, have made dealing with problem drivers a part of daily life.

A smile crept across Johnson’s face when he heard about the state’s seventh place rankings in speeding and careless driving.

“You see it all over the state,” he said. “But honestly, I’m used to it by now. It doesn’t even really phase me at this point.”

Derrek Asberry contributed to this report.

According to the Insurance Institute for Highway Safety, about 20 percent of all vehicle accidents happen in parking lots.

The holiday shopping season brings more drivers out to malls and supermarkets, increasing the risk of a parking lot fender bender.

Insurance company State Farm issued a number of tips should you find yourself in such a crash.

If you hit a parked car

If you're the victim