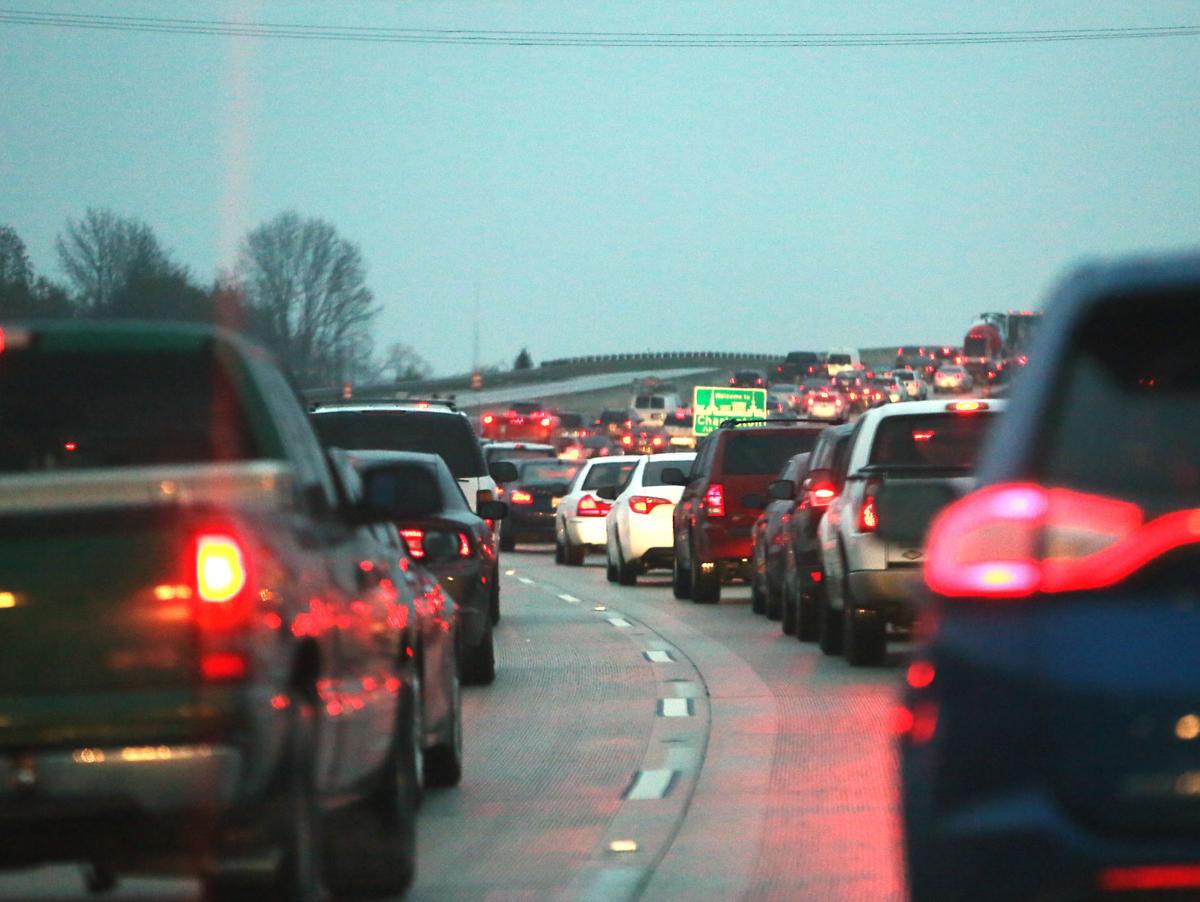 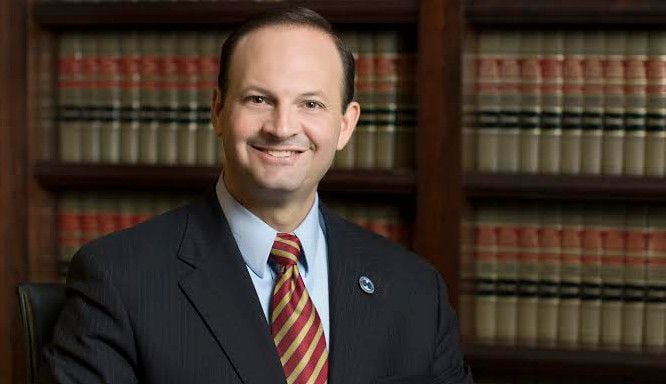 Most people try to avoid a car wreck, but for some criminals a deliberate crash is seen as a ticket to quick riches.

In South Carolina, a rising number of suspected insurance scammers have been flagged for submitting claims related to collisions that turn out to be no accident. The state ranks No. 7 nationally for staged vehicle accidents, officials said.

"This is a dangerous problem that not only puts innocent drivers at risk, but also requires emergency crews to respond to these staged crime scenes, which wastes taxpayers dollars," said Alan Wilson, state attorney general, in the Insurance Fraud Division's most recent annual report released in 2016.

Faked crashes were part of a scam that resulted in charges filed in November against 10 Pee Dee area residents for insurance fraud involving nearly $300,000 in altered medical bills, authorities said.

"It started out as staged accidents, both parties knowing each other, and evolved into single vehicle accidents where the driver reported he had been run off the road," said Martin Brown, an investigator in South Carolina for the National Insurance Crime Bureau.

Sometimes, the criminals go to extremes. Perpetrators of fake car accidents in Dillon and Florence counties struck each other with boards and threw each other into trees to create injuries they said happened in wrecks authorities determined were staged. Two men in Allendale County parked their car on railroad tracks so a train would hit it and then returned to the scene feigning injuries. Scammers in Anderson County underestimated the impact of crashing their vehicles into each other and unexpectedly wound up in the emergency room, according to news reports.

South Carolina had 223 insurance claims in 2014 suspected of being staged accidents, which was nearly triple the number of that type of claim from four years earlier. The problem continued at the same pace in 2015 when some 118 questionable claims thought to staged wrecks were recorded in the first six months of the year, according to the NICB.

The state ranks in the Top 10 for suspected fraud per 100,000 population for all types of insurance. The attorney general received 1,915 insurance fraud complaints in 2016, which was more than triple the number of complaints in 2010. In the past two years, investigators have seen a troubling rise in organized crime rings involved in insurance scams, including staged accidents, arson and forged prescriptions for medications sold on the black market.

"Of particular concern, despite being in the Top 10 nationally for insurance fraud, our state ranks near the bottom in funding to fight this problem," said David Fernandez, the assistant attorney general who directs insurance fraud prosecutions.

Last year, four full-time State Law Enforcement Division agents were assigned to investigate insurance fraud, which was double the number from the previous year. But the South Carolina insurance fraud unit budget of $354,000 pales in comparison to North Carolina and Virginia with budgets of $2.8 million and $5.3 million, respectively. The Tar Heel State has 20 insurance fraud investigators, according to the 2016 S.C. Insurance Fraud Division report.

"Like water, fraud and crime travel the path of least resistance," Wilson said in the report. "South Carolina can no longer be a place where these criminal are able to thrive."

Insurance fraud is responsible for about 10 percent of the cost of premiums, said state Ray Farmer, director of the S.C. Department of Insurance.

“It's a tremendous concern of ours,” he said.

Premiums have also been rising because South Carolina drivers are getting in more wrecks, the damage is getting more expensive to repair and the state's auto insurers have been passing along the bill. The state's 10 largest auto insurers increased premiums an average of 8.9 percent in 2016, according to the Insurance Department, more than double the rate of change they recorded in 2015.

As part of the fight against costly insurance scams, the NICB and law enforcement review hundreds of questionable claims annually in South Carolina. From 1995 to 2016, insurance fraud investigations resulted in 1,498 criminal convictions.

The situation is a crisis here and nationwide, Brown said, noting that insurance fraud is second only to tax evasion for white-collar crime.

Staged accidents tend to result in insurance claims in the $2,000 to $10,000 range to reduce the chance of being flagged as possible fraud, said Frank Scafidi, NICB spokesman.

"Many small hits rather than a huge one draws less attention," he said. "The goal is a quick settlement from an insurance company."

Sometimes staged accidents can involve innocent motorists. A rogue driver may suddenly swoop in front of a car, slam on the brakes and cause a collision. Or a perpetrator may wave a driver to go ahead and merge and then the fraudster hits the motorist and denies signaling the victim to pull in front of him, officials said.

"The cars may only suffer a small dent, but the crooks still make large and illegal claims for fake injuries and car damage against your auto insurance company, or their own," according to the Coalition Against Insurance Fraud. "Often these accidents are staged by organized crime rings that bilk dozens of unsuspecting drivers."

The coalition recently published its annual "Insurance Hall of Shame" that listed the worst perpetrators of fraud in 2017. It includes a staged-crash ring in Sacramento County, California, that involved at least 100 vehicles and 65 fraudsters who soaked auto insurers for $500,000 in bogus claims. Family and friends masqueraded as injured drivers and passengers. The gang even made claims for people whose identities were stolen.

Fake passengers are given scripts coaching them how to act injured when talking to police and insurers, said James Quiggle, coalition spokesman.

"It’s all about fake whiplash, the golden gateway to insurance payouts," he said.

5 Signs You've Been In a Staged Car Crash

The "swoop and squat" is the most common staged crash tactic, according to the California Department of Insurance. Traffic flows along smoothly. A car pulls up beside you, so you can't change lanes. Then the driver in front of you slams on the brakes, causing a rear-end collision.

A car comes out of nowhere at an intersection

Swindlers use a couple of different tactics to take advantage of you at intersections. A driver might motion you forward and then slam into you, claiming he never gave you the signal.

Or a driver motions you forward to make a left turn in front of his car. But then as soon as you enter the intersection, he pulls forward, blocking your way, and another car crashes into you.

The "right-turn drive down" tactic happens when you try to make a right turn from a stop sign. A car parked at the curb accelerates forward and hits the rear corner of your car. The driver says you ran the stop sign or pulled in front of him.

Pressure to go to certain clinics or attorneys

"Runners" and "cappers" show up at the accident scene and urge you to go to clinics or attorneys that are actually fraudulent. Some criminal rings also send people to real accidents to persuade victims to go to their crooked medical and legal professionals.

"Jump-ins" happen when people suddenly appear and jump into other cars, claiming they were passengers. You should also be suspicious if the other driver and passengers say they're injured, despite minor damage to the vehicles.

You should be suspicious when a witness conveniently appears and backs up everything the other driver says.

If you suspect someone has committed any type of insurance fraud, call the South Carolina Insurance Fraud Hotline toll free. You don’t have to reveal your identity.