The DNR's 38-foot-long Fountain patrol boat has three motors and is capable of doing more than 50 mph. 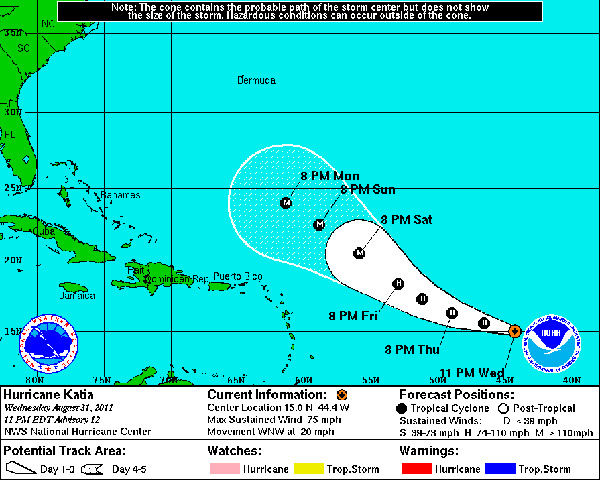 The DNR's 38-foot-long Fountain patrol boat has three motors and is capable of doing more than 50 mph.

ABOUT 20 MILES OFF CHARLESTON -- The water has changed from green to a blue as remote as the ocean itself.

Somewhere out here are 46 reefs, countless underwater rock ribs and wrecks swarmed by game fish that can and do get poached. Beyond the horizon are four marine protected areas where fishing isn't allowed, as well as sought-after resources such as priceless coral formations and potential natural gas reserves. Nearly every boat out here carries some kind of weapon.

Sgt. Eric Gantt kicks in the three Yamaha 300 motors and the marine patrol boat begins to zip. He has a lot of expanse to cover. The offshore circuit that he is running today is nearly the distance of driving from Charleston to Columbia. His three-man team is it -- the only badges out here enforcing a book full of state fishery laws and a bigger book full of federal marine laws.

Across an ocean that's getting more and more use and abuse, nobody else is enforcing the rules. In the distance, a waterspout drops from a cloud like a dust devil in the desert. It's hard to shake off the image of the lone marshal giddy-upping his steed to ride off over the mesas in the wild West.

The National Marine Fisheries Service, the agency in charge of enforcing federal law offshore, has only two officers for South Carolina-Georgia waters. Their job is investigation. The agency contracts with the S.C. Department of Natural Resources for patrols and work such as overseeing sports fishing tournaments.

That means the waters off the coastal counties -- an area about as big as the state itself --are enforced by a corps of about 50 officers. The same officers enforce hunting and fishing laws inland as far as lakes Marion and Moultrie, help in emergency search-and-rescue operations, provide security escorts for state and federal officials and assist with Homeland Security work.

Gantt, a DNR officer, captains a 38-foot Fountain. It's the only DNR boat in the Charleston region big enough to patrol as far out as the Edisto Marine Protected Area, 60 miles from shore. Today's patrol won't go that far. It won't patrol more than the core fishing area for craft coming out of Charleston Harbor. The officers will check out seven reefs and board five boats.

It's one of just one or two routine patrols this month the district will have the manpower, funds or weather window to make. The boat -- paid for by federal grants -- is a godsend, because it has heating and air conditioning. Wildlife officers have been out in a 31-footer, with a center console and no cover, as rain and wind beat sideways and quartering seas came over the rails. They have scraped ice from the windshield.

"A lot of times your bad guys are going to be out there no matter what the weather is," Ellis says.

Cpl. Gregg Brown has the toughest job. Gantt edges the Fountain as close as he dares alongside a fishing boat in seas that have both vessels pitching and rolling out of sync. Brown climbs up on the rail with a hand on a bar behind him, waits for the right moment to leap to the other boat's rail.

A lot of times he starts, then stops, before he commits. Boarding officers have blown out knees, slipped on the slimy decks of commercial fishing boats and slid headfirst into steel gear, hooks or gaffs. The day before, Brown was conducting a surveillance operation at a deer baiting site. Believe it or not, this is what he loves about the job. He spends most of the patrol out of the cabin, soaking in sun, rain and a lot of spray.

"One night out in the woods looking for a deer poacher, the next day 60 miles offshore," he says grinning.

As Brown checks out licenses, catch and mandated safety equipment aboard a boat, Ellis moves along the rail of the Fountain, keeping at the point closest to Brown in the shifting seas. He points out a rack of filet knives at the stern near where Brown is working, talks about how the boater knows all the cubbyholes where a gun could be kept, but the officer doesn't.

A state fisheries violation would be bad enough, but federal violations can carry fines of thousands of dollars or criminal charges. The Fountain is a fast boat, capable of more than 50 mph. It can chase down boats whose skippers don't want to be chased down.

As the patrol approaches another boat, its boaters stand back apprehensively. One wears a T-shirt that reads, "Shut up and fish." Another throws a leg over the rail, watches the officers and begins to whistle a tune. It looks for the world like the set-up scene for a gunfight in an old Western, but the captain ends up with only a warning ticket for safety flares whose use-by date has expired.

There's some good-natured ribbing as the Fountain backs off and a dolphin leaps. "You want to move? Y'all are right on top of our fishing hole," yells one of the boaters. The big difference between fisheries work and regular police work is that you're enforcing people's recreation, says Ellis, who formerly was a North Charleston police officer. They're more embarrassed than angry when cited.

"It's funny, you'll see them around town, they'll stop and talk," he says.

It looks like South Carolina waters won't be part of a widely opposed federal bottom closure that's expected to disrupt fishing for popular and over-fished snapper and grouper. But that won't make marine patrol any easier.

"We're going to be the first open water (north of the closed area). We're going to have to be out there more, we're going to have more to do," Ellis says. The closure is one more in a series of tightening federal restrictions that soon might lead to the offshore being managed like a national forest. The DNR officers occasionally get asked if they are park rangers.

S.C. Natural Resources was the first state wildlife agency to contract law enforcement with the marine fisheries service. The contract opens up grants that allow purchases like the Fountain. But federal funding, as with state funding nowadays, is hit and miss. In 2006, the first year, DNR provided 3,320 manhours of operations and was paid more than $300,000.

The contracts are reviewed and re-written each year, said Otha Easley, former Southeast Region special agent in charge, earlier this year. Securing funding to pay for the contracts is always a battle because "when it comes to enforcing marine laws, there's not a whole lot of fish complaining (about needing more police)," he said.

"Bottom line -- there's not as much law enforcement out there as probably should be," said Col. Alvin Taylor, DNR law enforcement deputy director, in 2009. And nobody is talking about that getting better any time soon. The agency faces another round of staff layoffs and furloughs in the coming budget year.

Ellis talks about how one of his officers is about to be called up to active duty by the Coast Guard. Two others have been gone for eight months on active duty.

Meanwhile, the job gets done, as best it can, somehow. Out at the Charleston 60 reef, Michael Miller helps hold the rails as Brown leaps from Miller's Man O' Warrior after measuring a few black sea bass to make sure they are keeper size. Miller fishes offshore about once a week in his 23-footer, he said. Asked how often he sees a DNR patrol boat, he thinks about it and surprises even himself.

"Kind of regularly. I'd be a little surprised not to see them," he says. Then he grins. "But I don't know any of them personally yet."

Reach Bo Petersen at 937-5744 or bpetersen@postandcourier.com.