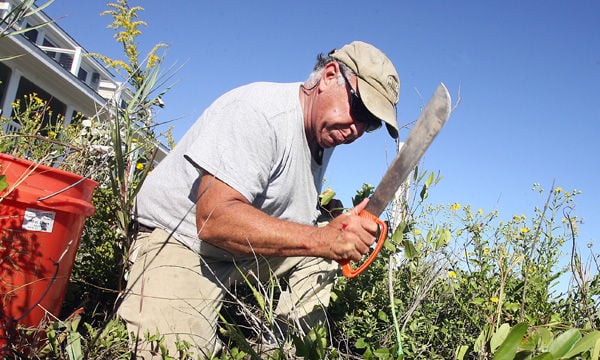 Hal Drotor said up to 30,000 seeds from the Beach Vitex plant can drop in a square yard surrounding it. 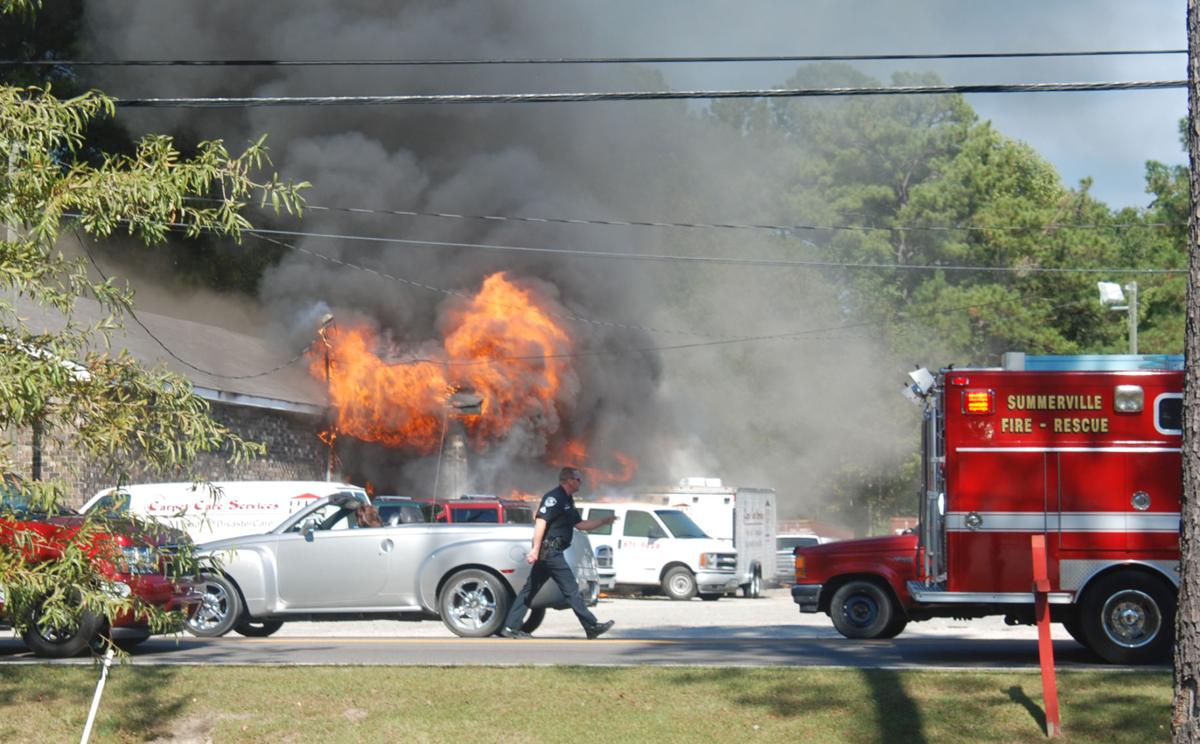 Firefighters respond to a blaze at Carpet Care Services off Highway 78 near Summerville around 2 p.m. Monday.

Hal Drotor said up to 30,000 seeds from the Beach Vitex plant can drop in a square yard surrounding it.

Firefighters respond to a blaze at Carpet Care Services off Highway 78 near Summerville around 2 p.m. Monday.

Less than a decade ago, very few people had heard of beach vitex. But it infested the Lowcountry.

The ornamental planting was carpeting dunes like kudzu, sending runners down the beach where the tide could pick up tens of thousands of seeds and move them somewhere else. Vitex was eroding dunes and killing sea turtle hatchlings and native plants, such as sea oats and seabeach amaranth.

The stuff had infested more than 200 spots along the length of the coast, including the dunes of homes on Isle of Palms, Sullivan's Island and Folly Beach. Its purple flowers are gorgeous. It smells like eucalyptus. So even the people who were planting it as dune landscaping had no idea anything was wrong.

Beach vitex is now under control but not eradicated. The task force created to do that job, though, has run out of funding and effectively will cease at the end of the year. In the spring, sprouts will turn up on some dunes, even on beaches where the plant has been cleared. What happens then nobody can say for sure.

In 2003, Betsy Brabson of a DeBordieu Beach sea turtle watch group sent Clemson Extension a clipping from a plant that had overrun a good nesting dune in front of a home. The letter she got back, detailing the dangers of vitex, "was like holding a live grenade," she said. Working with state and federal environmental agencies and other turtle watch groups, she formed the Beach Vitex Task Force.

Today marks the effective close of the task force. Its members are holding their annual symposium in Georgetown knowing full well the grant money runs out this year that pays Hal Drotor, the plant technician hired to eradicate the weed.

A decade later, the infested dunes are nearly all cleaned out. The spread seems largely to have stopped. The effort should be one of those success stories where the grants did their job and then ceased. If only it were that easy. Like kudzu, beach vitex sets down roots as it runs.

The task force might be stepping down, but no one can say beach vitex is stopped.

"This plant is very aggressive. It likes to come back. The problem is, we can never totally turn our backs on it and say we're clear," Brabson said.

The hope now is that individual property owners, working with the local turtle watch groups, will take up the tedious eradication effort and plant native dune species. A core group of trained task force members will keep at it as consultants.

In 2003, Brabson's turtle group, South Carolina United Turtle Enthusiasts, contacted other groups along the coast to watch out for vitex. They handed out brochures and did educational efforts at events, such as the Southeastern Wildlife Exposition in Charleston. The turtles were the key, she said. Because of the threat to hatchlings, people became passionate about doing something.

On Isle of Palms, members of the local turtle watch were horrified to find that the "stuff growing all over the place" in front of Wild Dunes condominium had disoriented hatchlings from a loggerhead turtle nest, said Bev Ballow of the group. Hatchlings that should have flippered down the beach to the ocean "were all over the place. The baby turtles had gotten lost in that stuff."

Beach vitex is a Korean plant. It was brought to the Carolinas coast in the 1990s by a horticulturist who saw it as one of those fast-growing solutions to hold together dunes that had to be replenished after Hurricane Hugo levelled them and stripped away native growth.

The plant worked all right, unkillable enough that "kudzu is a wimp compared to this stuff," Drotor said. Winds and sea move it readily enough that for seven years it turned back up after being cleared out on uninhabited North Island near Georgetown.

The task force devised the method Drotor uses, slicing into the stem in the fall, painting it with a weed killer called Habitat that the plant draws down to the roots with its food for the winter. Then waiting at least until the spring to make sure it's dead before trying to pull it up. Then going back to check every year for at least a few years, usually killing a few more sprouts, to make sure you caught it all.

They call it "the hack and squirt method."

The task force pulled off the exhaustive eradication effort on a total of $800,000 in grants, much of it from U.S. Fish and Wildlife Service through a program that's no longer funded. The effort also took countless volunteers and Brabson's "enthusiasm and ability to organize," Ballow said. "She is the driving force. I think if it were not for her, the effort would not have gone anywhere."

The "driving force" isn't a scientist, Brabson quickly points out. She's an artist who runs a business designing and screen printing T-shirts. The scientists asked her to take the lead and they came through or she couldn't have done it. "I like sea turtles, and why do it (protecting nests) if every one you're trying to protect is jeopardized by this aggressive plant?"

She will keep her hand in, she said, maintaining the website for reporting outbreaks, prodding local turtle watch groups to keep active rooting out new growth and advocating property owners for removal.

Drotor has been at it long enough to be more than a little worn out. The job isn't a "$300 hammer" federal grant, he said. It's him, a machete, a sand brush and a 5-gallon bucket, scratching his way through overgrowth along the length of the coast three or four times per year.

But the "eradication" is tenuous enough that he plans on his own to check the plants he killed this fall to see if they come up in the spring, funding or no funding.

"I don't like the idea of turning my back on it knowing that a seedling right now is going to be a really substantial problem in three years," he said. "It's like dropping the ball on the one yard line."