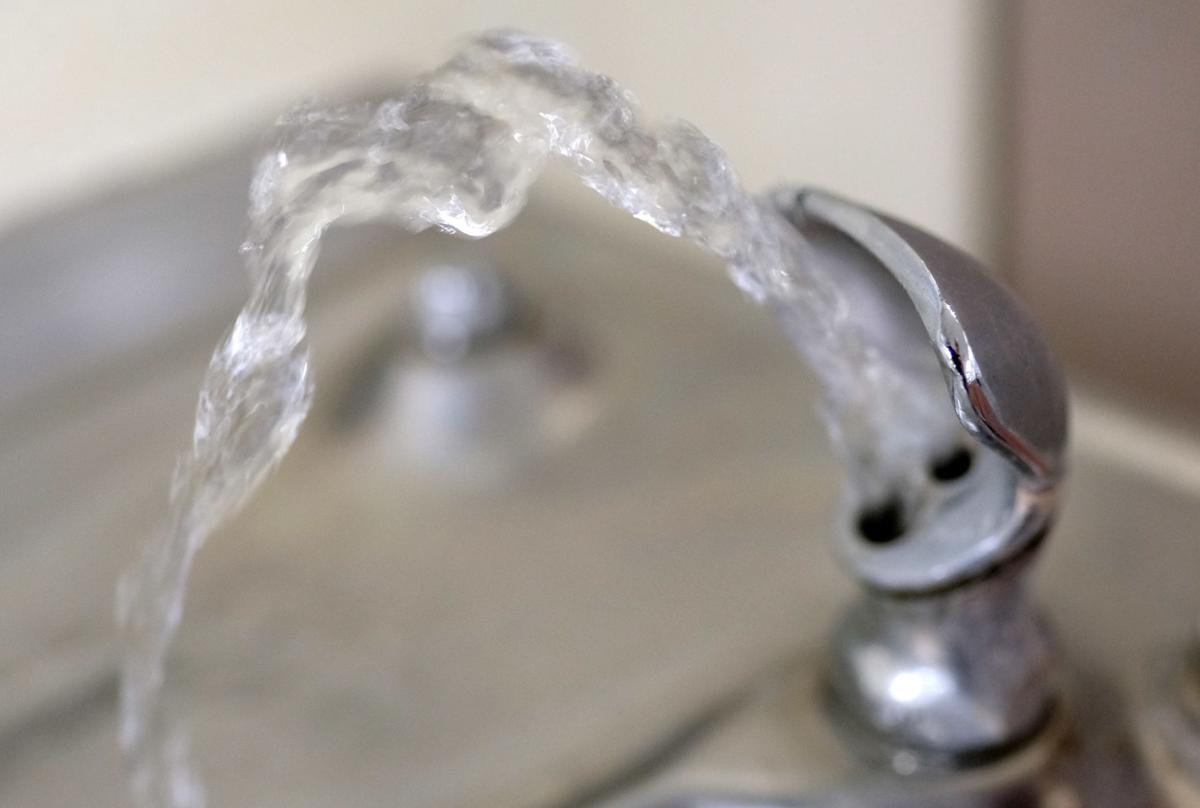 Tritium is commonly found in drinking water. Toxins that leach into South Carolina's water supply are an unspoken threat as the state tries to determine how much groundwater is available for use. Matthew Fortner/Staff 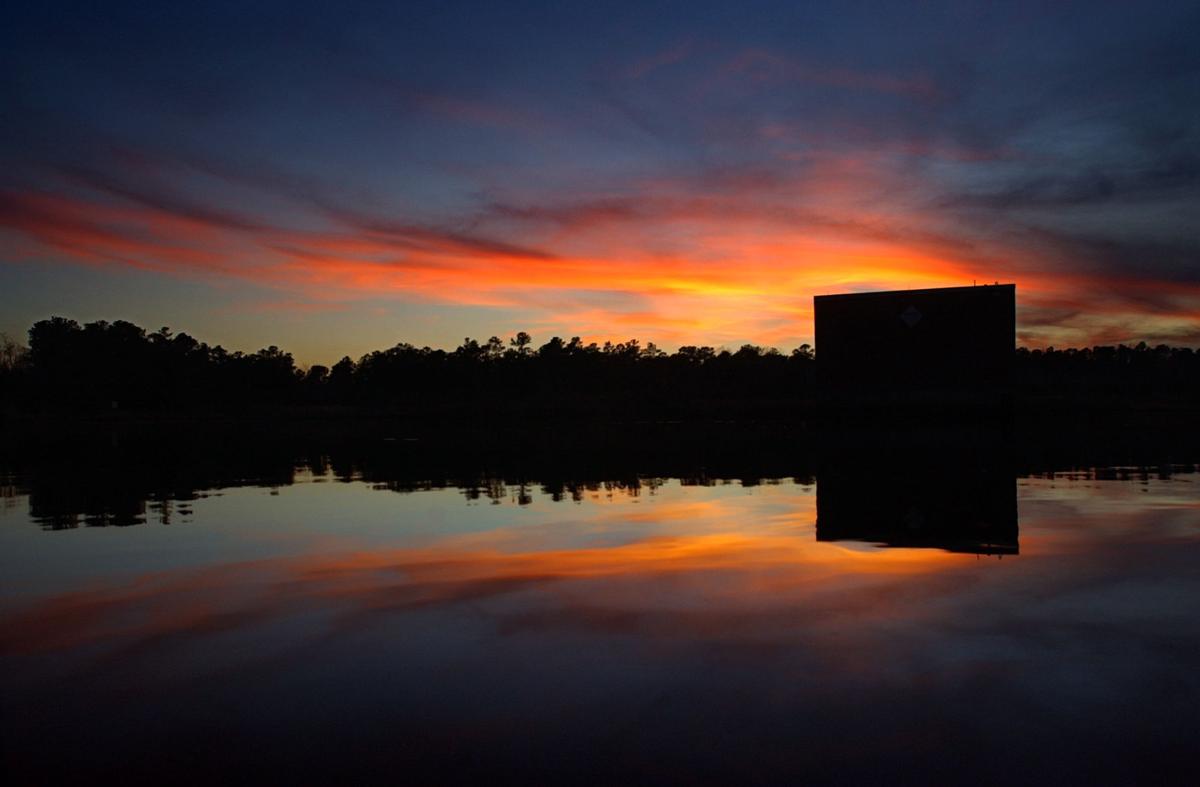 The Bushy Park reservoir, shown here in 2005, is one of three sources in the Santee Cooper river system that provide drinking water for most people in the Charleston area. File

Tritium is a radioactive form of hydrogen used in the making of nuclear bombs. It can cause cancer. You likely drink it every day.

The chemical element is one of thousands of toxins that leach into the drinking supply of South Carolina, sometimes naturally but more often as a byproduct of manufacturing or residential use. They are often too minute to detect, untreatable or too expensive to treat.

Water utilities are just beginning to grapple with them, while federal protections are being pulled back. The pollution is an unspoken threat as the state tries to determine just how much surface and groundwater is out there and how to allocate it between residents and industries.

"We keep a close eye on what's being released in the water," said Rikki Parker, a regional director and legal analyst for the Charleston-based environmental advocate Coastal Conservation League. "Those are things we should be hyper-aware of."

A recent repeal by the Trump administration of Obama-era clean water standards-tightening drew a sharp condemnation from the Southern Environmental Law Center.

“Once again, this federal administration is attacking our nation’s clean water defenses to help big polluters, instead of protecting our families and communities,” said Blan Holman, managing attorney for the center's Charleston office.

Tritium contamination is a case study all by itself.

The glowing isotopes rain on us as sun rays collide with air molecules, but in barely perceivable amounts. More of it shows up in water downstream of facilities such as nuclear power plants.

Usually there's so little of it in a mouthful that health officials only recently have begun expressing concern about it.

Nearly 14,000 acres of wetlands along Savannah River in SC put under conservation deal

But enough of it showed up in water at the Savannah River intake pipe of the Beaufort-Jasper Water & Sewer Authority in the 1990s that it's been tested for there ever since. The tritium turned up after it leached from a pond upstream at the Savannah River Site, the federal nuclear weapons facility that continues to raise pollution concerns.

Nearly three decades later, tritium continues to turn up at the uptake, usually in volumes roughly equivalent to 300 or 400 parts per trillion — more than would be expected to show up from the atmospheric rain. It occasionally spikes to more than 10 times that much.

A part per trillion is almost nothing, the equivalent of one tiny drip of water in an Olympic-sized swimming pool.

The concern about the spikes, though, as well as other potential radioactivity in the water, is strong enough that an effort is underway to reshape the river — restoring bends that were taken out when canals were cut for shipping nearly a century ago — to give the natural flow more time to filter out the toxins.

Why? Upstream, the Savannah River Site is on one bank and the Vogtle Nuclear Power Plant on the other.

The bend restoration was proposed when interests along the river were looking for ways to further dilute the nuclear material, said Tonya Bonitatibus, the Savannah Riverkeeper.

"We still have contamination in the river continuing from the 1960s (after the site began operating). We're concerned for the water users," she said.

The federal Environmental Protection Agency's level of concern for tritium is 20,000 parts per trillion. But researchers note that lower levels of exposure still carry a health risk.

The figure, a maximum contamination-level goal, is set partly on a range where no specific effects on health can be determined and partly on the best that can that be achieved at a reasonable cost.

When setting the limits, the EPA expected them to be reached at no cost beyond the cost of routinely monitoring the drinking water, said David Kocher, a lead scientist for the Oak Ridge Center for Risk Analysis, which estimates health and ecological risks from contaminants.

"There certainly have been cases where substantial amounts of tritium have been released from nuclear power plants into surface or groundwater," Kocher said. But those were localized problems. Other contaminants, such as lead or unregulated organic compounds, pose a more widespread threat.

"In my opinion, there are serious concerns about levels of some contaminants in public drinking water," Kocher said.

Man-made organic compounds — the majority of them unregulated so far — are found widespread in treated drinking water, if in small amounts.

Charleston Water System tests of its water have found 21 of more than 600 of the compounds, including 13 that the EPA has set "safe" levels for.

That's everything from the common mosquito spray compound DEET to the "knock out" chemical chloroform, which is used in floor polishes and any number of other household solvents.

Among them are synthetic chemicals, perfluoroalkyls, also known as PFAs. Those contaminants, also considered carcinogenic, come from the coatings scraped or washed off non-stick pans, raincoats, polishes, waxes, paints and cleaners.

More than 3,000 PFAs or closely related chemicals have been developed but there are tests to detect fewer than 50 of them. The EPA has issued health advisories for those too, but research has yet to determine a safe level of consumption.

The water system has run water tests twice per year at a cost of $6,500 per test since 2017 after concerns were raised in a Mount Pleasant community.

"We heard loud and clearly from the community that they wanted to test above and beyond DHEC and EPA requirements," said spokesman Michael Saia.

The levels found are well below the EPA advisory level. The system does not test for tritium, but there's no indication it's in the water supply, Saia said.

The scramble to keep up with chemical pollution comes as state regulators put together a Simplified Water Allocation Model (SWAM) for each of the eight major river basins in the state, as well as refining an overall groundwater availability assessment.

They will be the tools used by a council for each of the basins comprised of interested groups, to determine just how much surface and groundwater is available and how best to allocate it.

Environmentalists just sued the Trump administration over the administration's latest attempt to gut Obama-era clean water rules that extended protections — and restrictions — to smaller waterways and wetlands. It's the latest round of legal wrangling that dates back to the earliest days of the presidency.