On Oct. 26. 2015, Senior Deputy Ben Fields forcibly removed a student from her chair after she refused to leave her math class at Spring Valley High in Columbia. The incident sparked a debate over the scope and purpose of law enforcement in schools, along with a push to revise the state's "disturbing schools" law. File 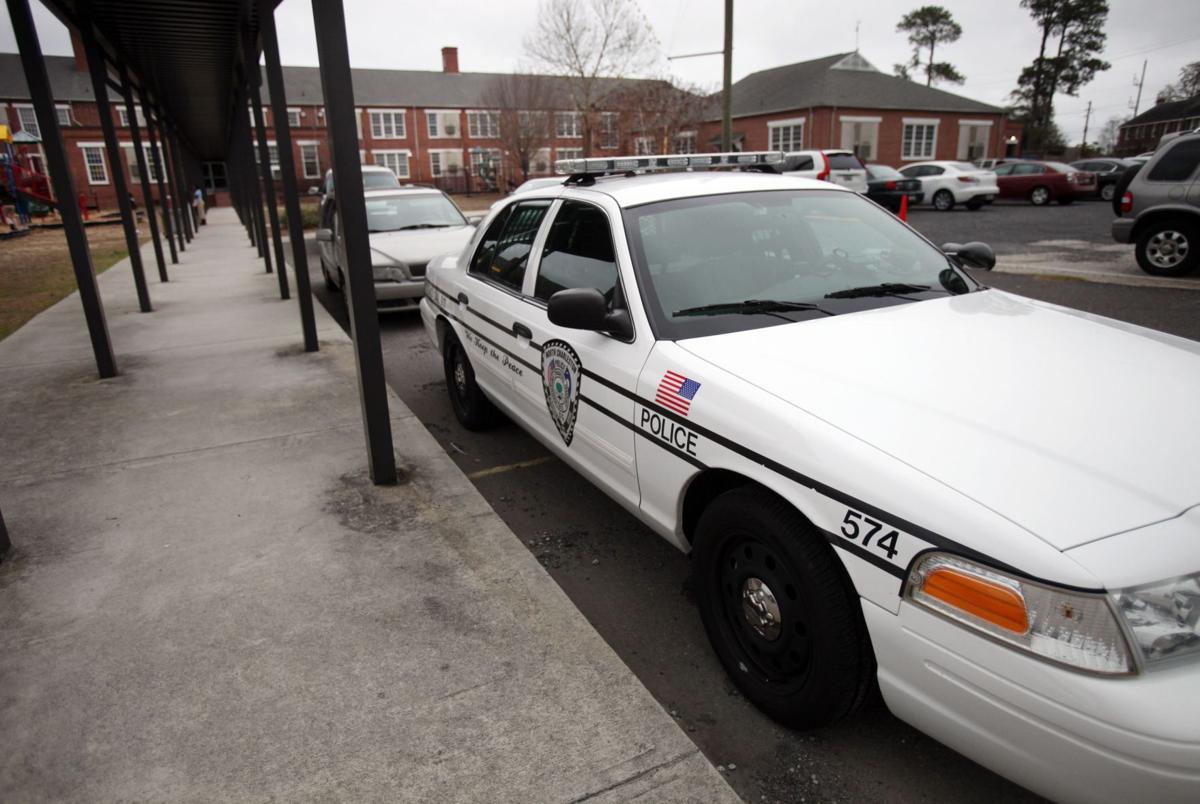 A North Charleston police officer parks his cruiser outside as he serves as the Security Resource Officer at Chicora Elementary School in North Charleston in this file photo from the 2015-2016 school year. File/Grace Beahm/Staff

On Oct. 26. 2015, Senior Deputy Ben Fields forcibly removed a student from her chair after she refused to leave her math class at Spring Valley High in Columbia. The incident sparked a debate over the scope and purpose of law enforcement in schools, along with a push to revise the state's "disturbing schools" law. File

A North Charleston police officer parks his cruiser outside as he serves as the Security Resource Officer at Chicora Elementary School in North Charleston in this file photo from the 2015-2016 school year. File/Grace Beahm/Staff

A lawsuit challenging the vague wording of South Carolina's "disturbing schools" law, which for years topped the list of criminal charges against students, will have another chance thanks to a federal appeals court ruling.

As the case gets new life, change could happen elsewhere. Enforcement has dropped off dramatically following public scrutiny, and state legislators have introduced two bills to revise the law's wording.

Originally filed in August 2016 by the American Civil Liberties Union of South Carolina, the federal lawsuit challenged a 1917 law making it illegal for students to "act in an obnoxious manner" on a school campus.

More than 9,500 students were referred to the Department of Juvenile Justice under the law between 2010 and 2016, and black students were almost four times as likely as their white classmates to be charged.

The law entered the spotlight in October 2015 after a police officer forcibly removed a student from her chair at Spring Valley High in Columbia. Niya Kenny, who filmed the incident on her cell phone and was charged with disturbing school, is one of the plaintiffs in the lawsuit.

The legal challenge hit a roadblock in March 2017 when federal District Judge C. Weston Houck dismissed it, ruling the plaintiff students' fear of arrest did not count as an injury in a court of law.

Fourth Circuit Appeals Court Judge Albert Diaz disagreed. On Thursday, he vacated Houck's judgment and sent the case back to a lower court. Houck died in July 2017, so a different judge will handle the case.

"They attend school without knowing which of their actions could lead to a criminal conviction, which deprives them of notice of prohibited conduct and 'may authorize and even encourage arbitrary and discriminatory enforcement' in violation of their right to due process," Diaz wrote in his 18-page opinion.

Diaz, who wrote the opinion by the three judge panel, added the law could stifle some of the students' First Amendment rights.

"Attending school inevitably involves expressive conduct and these three plaintiffs allege that the statutes restrict their ability 'to engage with school,' 'speak out against abuses,' or 'participate in conversations about policing,' and therefore limit their right to free speech under the First Amendment," Diaz wrote.

The lawsuit was filed by students and the organization Girls Rock Charleston against a long list of defendants, including S.C. Attorney General Alan Wilson, Charleston County Sheriff Al Cannon and several law enforcement officials across the state.

Sandy Senn, an attorney who also serves as a Republican state senator from Charleston County, represents the defendants in the case.

She plans to move again to dismiss the officer defendants as non-necessary parties.

"It is a wasteful use of taxpayers' dollars to demand that so many police agencies and state officials defend this case when only one would suffice to carry out a constitutional facial challenge of a statute," she said. "Police officials have no control over the laws. They only enforce the laws that are given to them by the Legislature."

In the Statehouse, Senn is a co-sponsor of S. 131, a bill that would revise the disturbing schools law so that it would apply only to non-students — as it did in its original 1917 version — and make the description of the offense more specific.

The Senate passed the bill in a 33-8 vote in April 2017, but it has not moved from the House Judiciary Committee since then.

A similar House bill, H. 3794, was introduced in February 2017 and remains pending in the House Judiciary Committee.

Enforcement of the law has dipped after the lawsuit, widespread coverage of the law in state and national media, and a U.S. Department of Justice inquiry in 2016. The S.C. Department of Justice's most recent annual report in September 2017 noted that as overall juvenile crime statistics continued to decline, DJJ referrals for disturbing schools dropped off sharply.

The offense most recently ranked as the fifth-most common in the state, accounting for 652 out of 7,584 referrals, below third-degree assault and battery, shoplifting, public disorderly conduct and simple possession of marijuana.

"On a positive note this year, DJJ observed a sharp decrease in the number of juveniles charged with Disturbing School offenses," Acting Director Freddie Pough wrote. "This comes as part of larger efforts to prevent students from entering the 'school-to-prison pipeline' for minor transgressions."

Pough said most school disturbances are best handled directly by school officials and local resource officers, rather than police who file charges, pushing youth into the juvenile justice system.