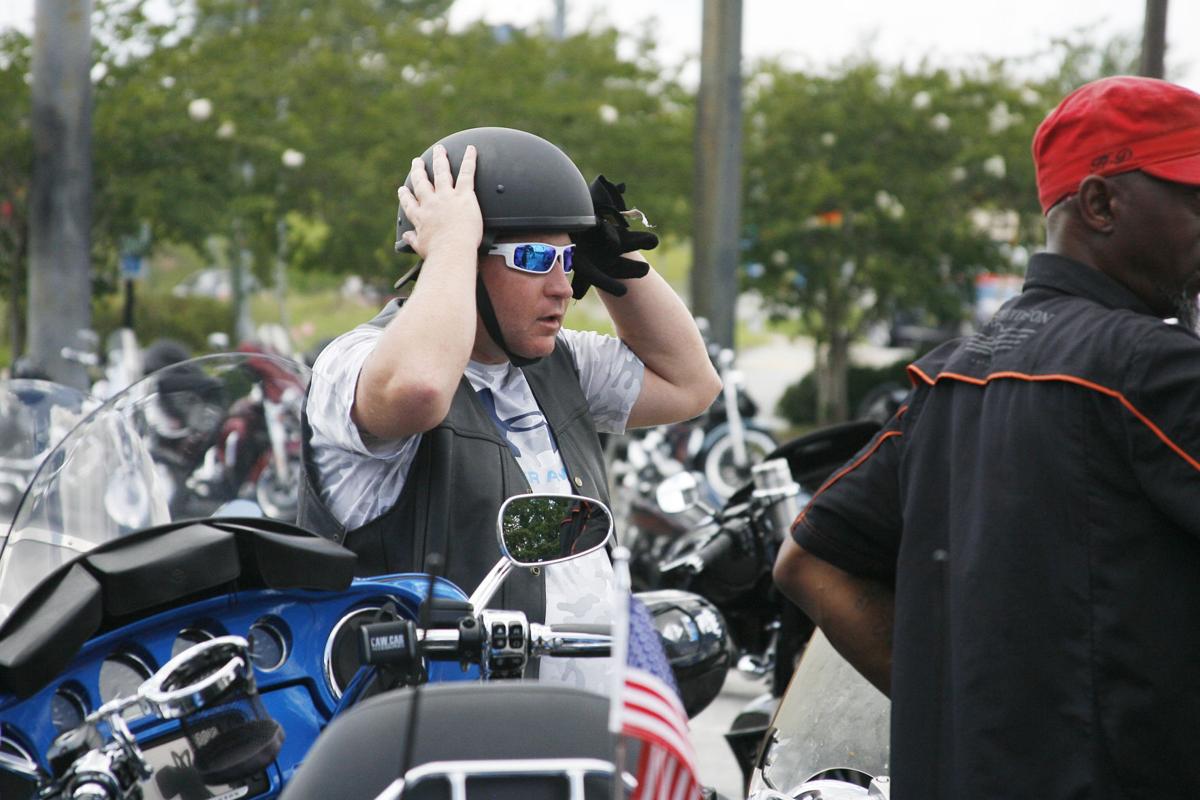 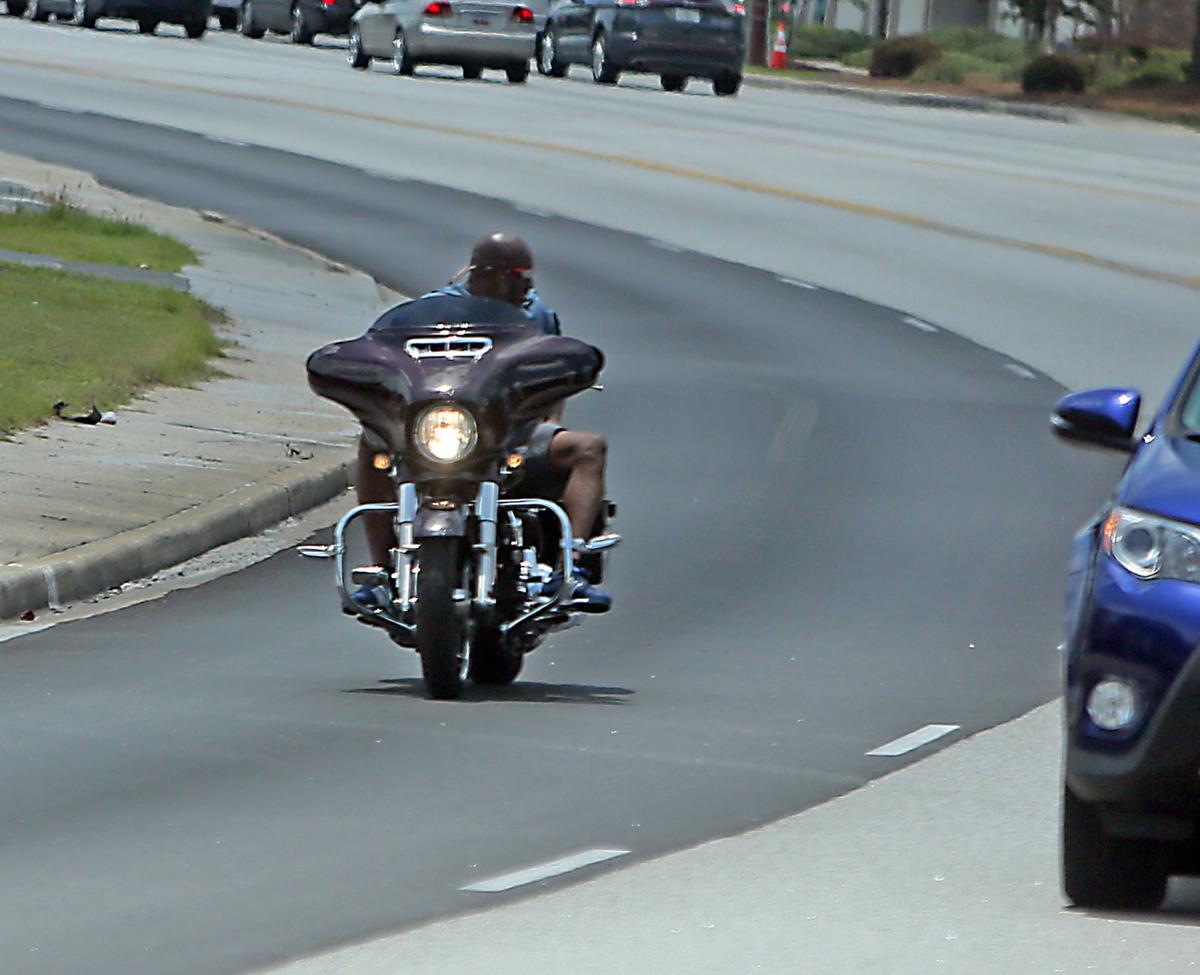 For a moment, Wray Mathews thought he might hang up his helmet.

He was riding his motorcycle through Sumter when a car tried to pass but hit him instead. The driver left him for dead, said Mathews, who suffered 13 broken ribs and a gouged helmet.

A month and a half later, though, he was back on the road.

In South Carolina, motorcyclists are in more danger than in almost any other state in the Southeast, statistics show. The state’s 2015 fatality rate was its highest since 2007, and the 135 motorcyclists who died on South Carolina roads last year were the most this century.

Motorcyclists cite a slew of hazards: potholes and pea gravel, inexperienced riders and distracted drivers. The increase in accidents has both them and lawmakers concerned. Even riders who hadn’t seen statistics often said roads seemed less safe in recent years.

But possible solutions conflict with the feeling of that many riders hope to find on a bike. Many don’t want to wear helmets or take safety courses, and they blame drivers in cars as the cause of accidents or near misses.

“There’s some people who fall off a bike and never get back on it,” said 73-year-old Frank Prado, who started riding motorcycles at 14. “Most of the people get back on.”

But motorcyclists here disagree on what should be done.

They clash over the contentious issue of wearing helmets. South Carolina requires only motorcyclists ages 20 and younger to wear helmets, though research suggests they could reduce risk of death by as much as 42 percent. Nearly three quarters of motorcyclists who died on South Carolina roads in the past decade were not wearing a helmet.

Nineteen states and the District of Columbia require all motorcyclists to wear helmets. Studies have shown fatality rates in those states to be 20 to 40 percent lower than other states.

Efforts to expand helmet regulations have failed in the state Legislature. ABATE of South Carolina, a lobbying group whose acronym stands for A Brotherhood Against Totalitarian Enactments, boasts on its website about blocking such legislation.

“Part of being on a motorcycle is the freedom of choice,” said ABATE spokesman Chad Fuller, a motorcycle injury lawyer and a longtime rider.

Rep. Wendell Gilliard, D-Charleston, said he doesn’t buy arguments of freedom of choice when it comes to safety. He introduced a 2014 bill to require helmet usage, but it died in committee. He plans to reintroduce it next year.

Even riders who have endorsed helmet usage hesitate at the idea of government-mandated equipment.

Charles Smith, who’s been riding for 30 years, said he rushed to the side of rider in a recent accident. The man’s wrist was broken, but he was intact.

“There’s no doubt in my mind it would have been a fatality” without a helmet, Smith said. “Not because it was that bad, but because his head hit pavement.”

'You should respect it'

In addition to written and vision tests, riders must take either a safety education course or pass the Department of Motor Vehicle’s road skills test.

The road skills test, taken on a closed course, requires riders to perform turns, stops and weaves. According to the most recent version of the state driver’s manual, “Most of the exercise(s) involve speed of approximately 15 m.p.h.”

Several riders suggested risky behavior by untrained or reckless motorcyclists, such as weaving through traffic or popping wheelies at high speeds, contributes to the high fatality rates.

The most at-risk motorcyclists may be untrained ones who have been on the road for a year or two, Fuller said. They don’t take the same care as seasoned riders, but they’re no longer as cautious as those taking their very first rides.

“That fear of a motorcycle is a good thing,” he said. “You should respect it.”

Mandatory safety classes would have support from some riders, like Prado, who said he tells people to take a class before buying a bike. But mandating it would conflict with ABATE’s efforts to keep government hands off motorcyclists, he said.

“If you’re mandated to do it, you’re probably not going to be engaged,” he said.

“The most common excuse from the four-wheeler you’re gonna hear is —” Prado started.

“— ‘I didn’t see 'em,” three riders around him finished in unison.

Riders point to other motorists, the ones on four wheels, as sources of danger. Many know people who have been seriously injured in accidents where a distracted or careless automobile driver was at fault. Most have been hit themselves, or have had to swerve or kick a car’s side to avoid such fate. Many also agreed that cell phones are at the heart of the problem.

In the meantime, many riders said they’ve learned to be hyper-aware. For careless drivers, a collision with a motorcycle might cause minor damage. For the motorcyclist, it might mean death.

Back on the bike

Rodger Holland got back on the bike as soon as he could after the worst accident of his life, his arm still in a sling, his collarbone separated.

Joe Puryear totaled his motorcycle in February, fractured his eye socket in four places but hopes to be back on the road soon.

As riders tell it, a motorcycle goes well beyond transportation.

Some find a social sphere in motorcycle culture. Others chase a feeling of relaxed isolation — “the wind and your own thoughts,” as Puryear put it. The allures of the road outweigh the perils.

“If you don’t want to ride motorcycles,” Mathews said, “don’t ever ride one the first time.”

Jack Evans is a reporting intern at the Post and Courier. He attends Indiana University and has written for the Indiana Daily Student, the Daily Hampshire Gazette and the Knoxville Mercury, among other publications.