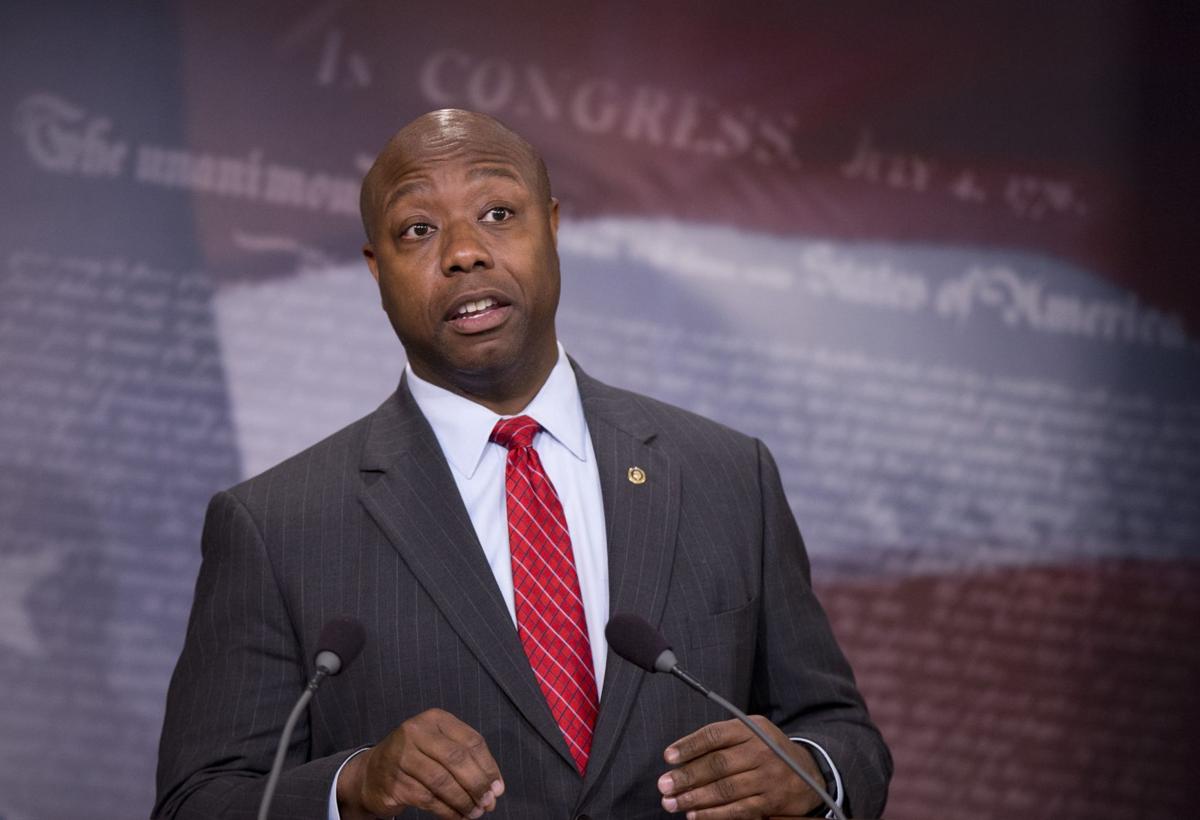 Sen. Tim Scott, R-S.C., shut down a racist tweet Wednesday with a pithy reply. However, the tweet does hint at the bigotry Scott deals with on a regular basis. 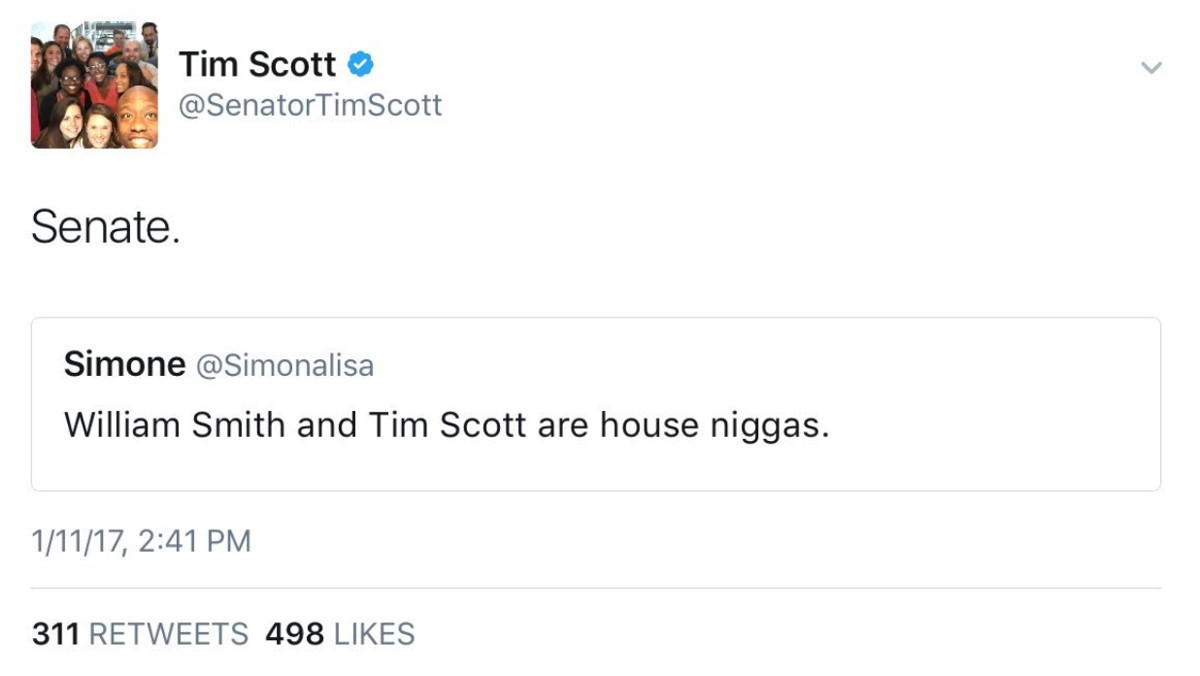 Sen. Tim Scott, R-S.C., was called the N-word Wednesday on Twitter. The senator's response, though, got all the attention for shutting down a Twitter troll.

U.S. Sen. Tim Scott, the only black Republican senator, shut down a racist tweet Wednesday with a pithy one-word response.

“Senate,” Scott, the Republican senator from South Carolina, tweeted back.

This isn’t the first bigoted comment Scott has had to field, according to his communications director Sean Smith.

“Back in the House we had to shut down our phones one day because so many people — not from South Carolina and not conservatives - were calling and saying things like 'I'm never going to drive through your n****r state again,'” Smith said in a written statement provided to The Post and Courier.

When Scott was sworn into the Senate in 2013, he became the first black senator to represent South Carolina since Reconstruction.

Last summer, Scott spoke on the Senate floor about the reality of being stopped by police officers seven times in one year because of the color of his skin.

“I have felt the anger, frustration, sadness and humiliation that comes with feeling like you’re being targeted for nothing more than being yourself,” Scott said in that speech.

".@SenatorTimScott puts up with things many of us have never had to put up with," Gowdy tweeted Thursday morning. "He conducts himself with grace, class and humility."

While Scott's tweet on Wednesday was not the same as a speech on the floor of the Senate, it does send a message: Racism will not be tolerated.

“Tim is tough and handles these with grace, but it's important that people see it," Smith said. "There is a serious issue behind this."