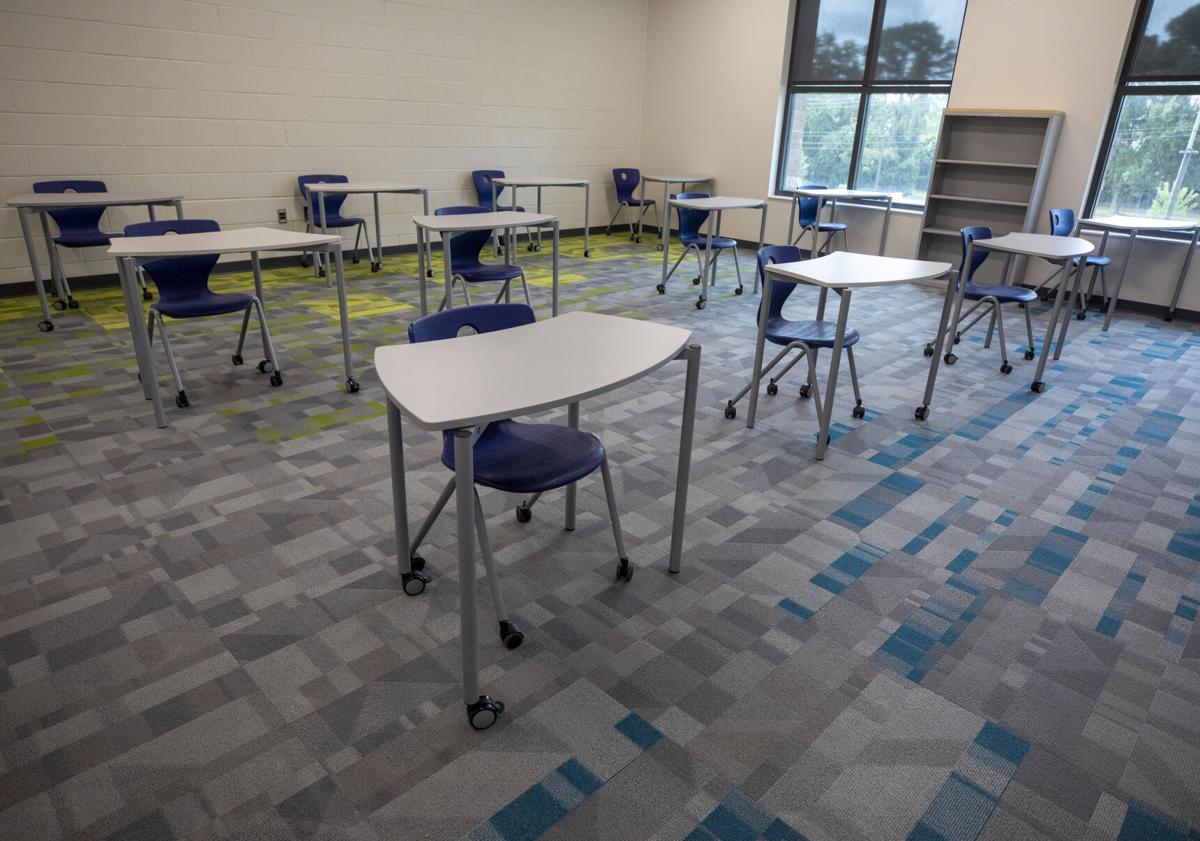 Classrooms are set up with space between desks inside the Lucy Beckham High School Friday, Aug. 28, 2020, in Charleston. File/Grace Beahm Alford/Staff 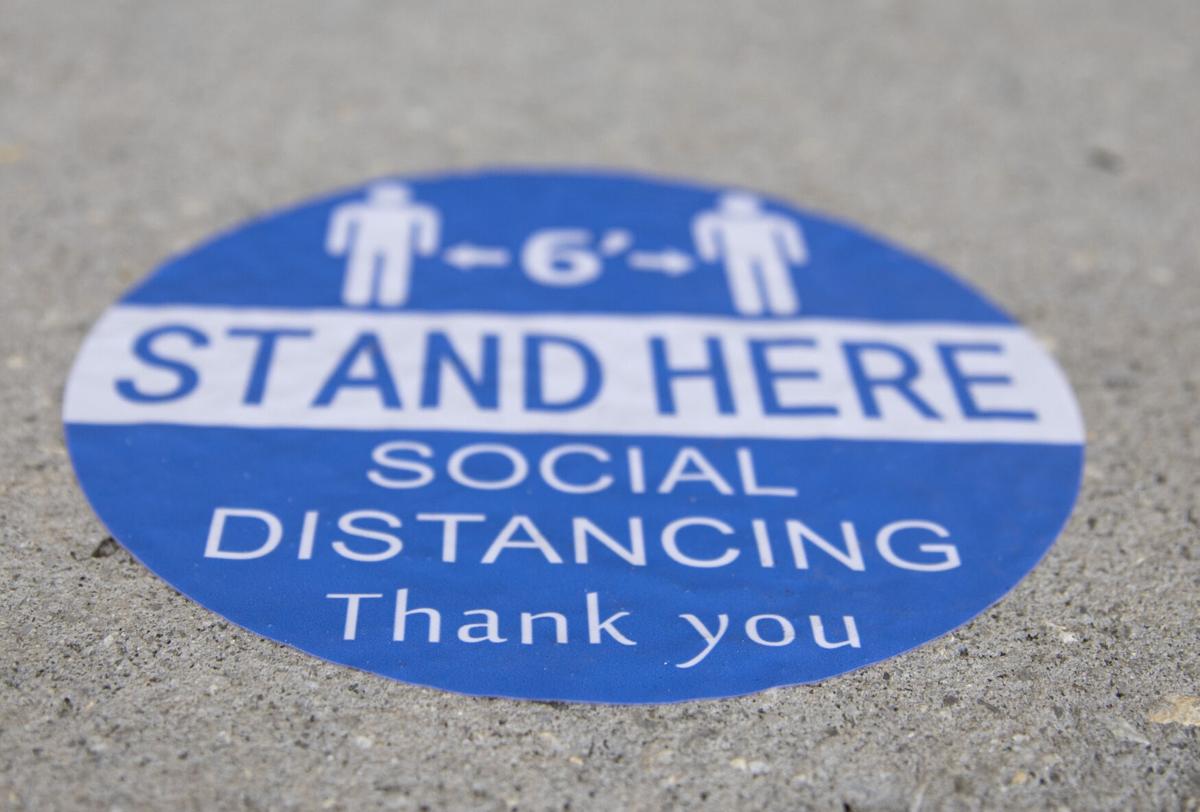 Teachers across South Carolina are struggling to adjust to the demands of returning to the classroom during the global pandemic.

Some educators are going so far as quitting their jobs as a result of the added stress associated with reopening schools. Education advocates say it’s likely that even more will follow.

Berkeley County social studies teacher Rebecca Michaud submitted her letter of resignation last week, just a handful of days before students were expected to return to the classroom. Michaud was expecting to teach students virtually at College Park Middle School in Ladson.

After Michaud found out that she would likely have to teach students face to face in the coming weeks, regardless of whether she was comfortable or willing to do so, she felt she had no choice but to break her contract and resign.

“That was the straw that broke the camel’s back,” she said. “To have to walk away has definitely been devastating.”

One of her biggest fears: Spreading the virus to an immunocompromised family member.

“I present the greatest risk for all of us, being in the school environment," she said. "I wasn’t willing to be the biggest threat."

News of a 28-year-old Columbia elementary school teacher’s death three days after she was diagnosed with COVID-19 rocked Michaud and the rest of South Carolina’s education community Wednesday.

Demi Bannister, a third grade teacher at Windsor Elementary, was diagnosed with the virus on Sept. 4. She died Monday.

Despite guidance from the S.C. Department of Education’s school reopening task force advising districts to avoid placing teachers in situations where they’d be required to teach a group of students in person while simultaneously teaching a group of students online, teachers across the state say they’re expected to do just that.

“It’s a frequent occurrence, and it’s something that we are hearing very clearly from our members about how it is overwhelming and taxing and diminishing their capacity to provide the level of instructional support that they believe their students need and deserve," said Patrick Kelly, director of governmental affairs at the Palmetto State Teachers Association.

Kelly, who served as chair of the accelerateEd instruction subcommittee, said this added responsibility is another major factor teachers have cited when deciding to leave the classroom.

“We have heard from teachers that are opting to breach their contract because of the level of demand being placed on them by teaching in person and virtually remotely,” Kelly said.

This could have devastating effects, he said, such as worsening the existing teacher shortage crisis.

More than 6,500 South Carolina educators left the profession last year, according to a 2019 report from the Center for Educator Recruitment, Retention, and Advancement.

While the Palmetto State Teachers Association has members from across the state in all 81 school districts, the issue of “dual teaching,” where educators must teach face to face and online at the same time, is especially obvious in Berkeley County, Kelly said.

Berkeley County School District staff and school administrators worked together to organize caseloads for both traditional face-to-face learning and the district's “blended distance” option, where students complete coursework online and receive livestreamed instruction from their teachers, said spokeswoman Katie Tanner in a statement.

“Teacher caseloads within this model do not exceed the maximum number of students as defined by the state and allows for a significant reduction of students present at a given time in a classroom,” she said.

Additionally, this model also allows for “continuity of services” if a parent wanted to switch their child from in-person learning to online or vice versa, Tanner said, “by reducing the potential for disruption of teachers of record and shifts in instructional pacing.”

The school district has received more than 700 requests for so-called “pathway transitions” just within the first week of school.

Kat Low, a Berkeley County teacher and area representative for education advocacy group SC for Ed, said most, if not all of the teachers she’s spoken with in her district are exhausted.

“The amount of energy it takes for our teachers right now to operate their classroom, regardless of class size, is almost untenable,” she said.

Teachers are excited and relieved to see their students after months of online learning, she said.

Still, she said, she worries about how teachers are going to make it through the end of the school year while still juggling all the new demands and responsibilities on their plate.

“We are going to have to make it until June. That’s what the real goal is,” she said.

Low said she wouldn’t be surprised if more teachers resigned or retired early this year as a result of the added stressors, but she’s also worried about those who stick it out.

“I think the unfortunate commentary is that there again teachers are presented with less and asked for more, and we just go ahead and do it,” she said.

While Rossi-Potter started the school year Tuesday teaching students entirely online, most of her colleagues at Wando have been expected to teach via the dual instructional model.

“I haven’t heard too many complaints really, except for them trying to figure out how they’re going to do that,” she said.

Some teachers have opted to teach sitting down at their desks as students tune into a Zoom meeting from home and students in the classroom sign on to the same video call from computers at their desks.

What’s more pressing for CCSD educators right now, Rossi-Potter said, is the school board’s recent decision to bring all 4,700 students who were on the waitlist for in person instruction back to the classroom by Oct. 1.

At that point, some teachers who chose to start the year virtually could be asked to come back in person, Chief Academic Officer Karolyn Belcher told board members last week. District leaders have repeatedly said they will work with teachers on a case-by-case basis to accommodate teachers with extenuating circumstances who still don't feel comfortable seeing students face-to-face.

Still, some teachers say they fear the worst.

A major point of contention: The district has not yet met its own COVID-19 reopening metrics that would allow 50 percent of students districtwide to return in person.

“I can’t imagine not seeing more resignations as Sept. 21 comes closer or the beginning of October,” she said.

“You don't have to suffer in silence,” she said.

Schools start across SC with 'Superman arms,' masks and some frustrations