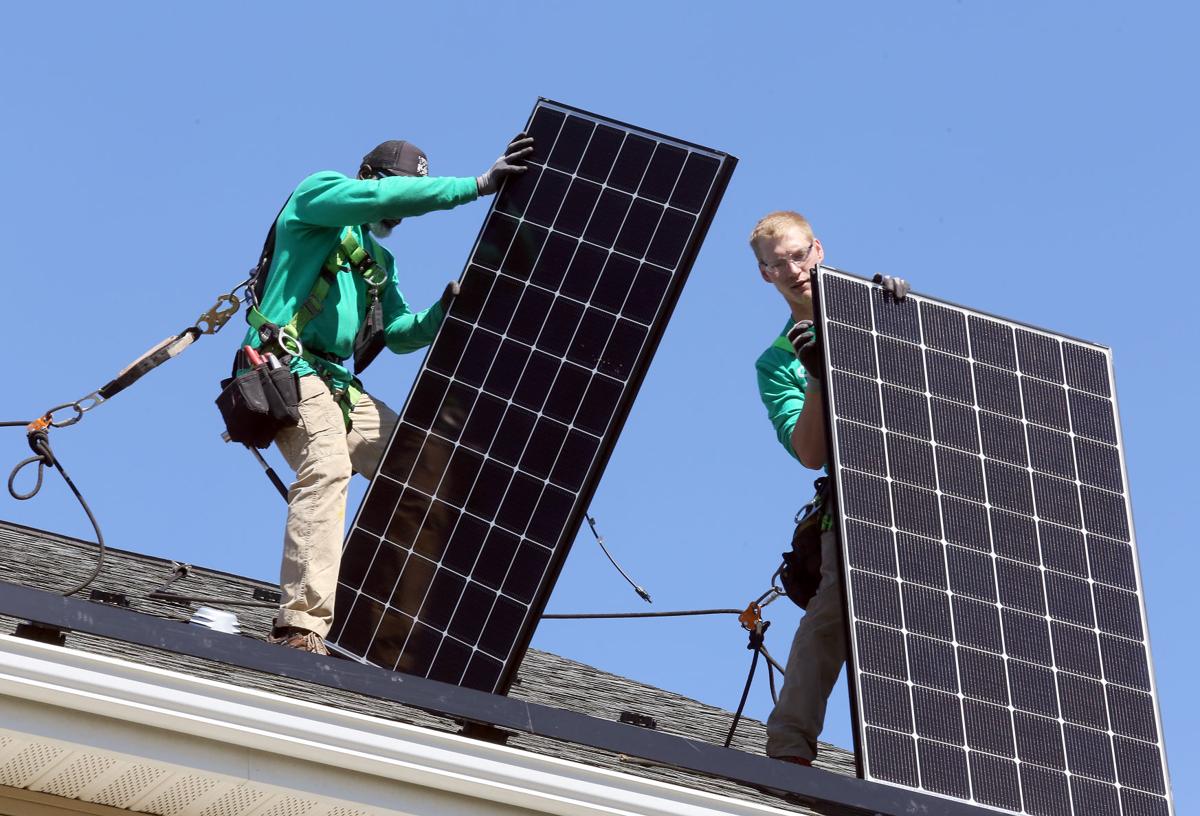 Solar panels are installed on the roof of a home in Hanahan on Friday, March 3, 2017. HOAs can present hurdles for property owners who want to go green. File/Brad Nettles/Staff 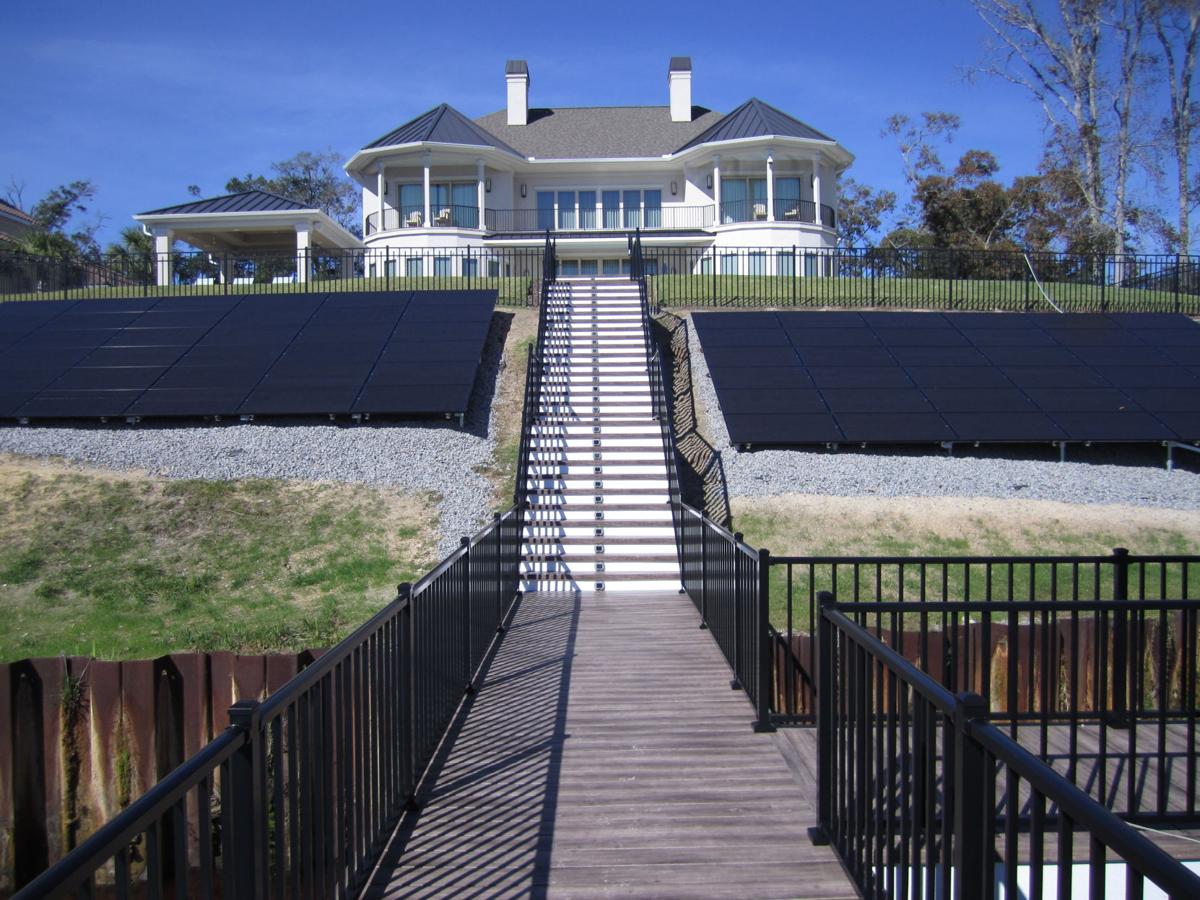 The homeowners' association rules stopped the owners of this home in North Myrtle Beach from installing rooftop solar panels, so they installed panels on a bank of the Intracoastal Waterway instead. Provided/Tom Ferraro 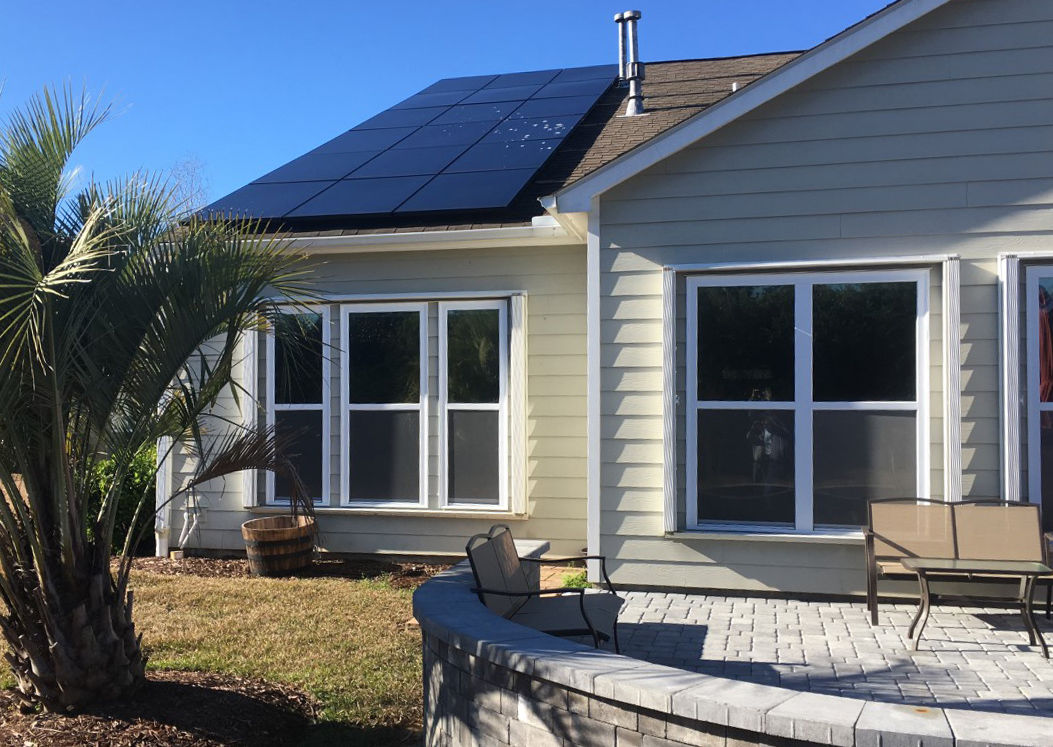 Sun City homeowner Jeff Foreman had to push through multiple hearings and appeals over the course of a year to install solar panels. Provided/Jeff Foreman

When Jeff Foreman bought his home in senior-oriented Sun City, he traded a condo in New York City for a suburban neighborhood that seemed social and active.

But with the new neighborhood near Bluffton came a homeowners association, which made Foreman's plans to reduce his carbon footprint a challenge.

Sun City, an 8,000-plus-rooftop community for those 55 and older, has been under construction since 1994. More than 16,000 people live there now, but it isn't completed yet. Interspersed among the 9 square miles of houses are more amenities than in some towns, including six swimming pools, three golf courses and a performing arts center.

It's also governed by an HOA, which is common in planned communities along the coast. Foreman, who'd dealt with a condo group before, thought he knew the ropes and was confident that a plan to put solar panels on his home would work out.

Ultimately, it took 10 hearings or appeals over the course of a year to install the array. A small sliver of the setup would have been visible from a golf course, breaking the rules at the time Foreman started the process, so he also had to remove a third of the panels he originally intended to install.

The process is just the latest example of the hurdles that HOAs can present for property owners who want to go green.

"It’s been a thorn in the solar industry’s side for years," said Tom Ferraro, of solar installer with Carolina Energy Conservation.

In rare cases, HOAs have blocked the panels completely, such as the case of a Mount Pleasant man who was denied by his neighborhood group in 2017.

Another homeowner in North Myrtle Beach was similarly stonewalled, Ferraro said, and came up with a creative solution: installing an array on a backyard slope between the house and the Intracoastal Waterway.

'The right thing to do'

In Sun City, a group of residents banded together last year to push their governing association on the issue.

At the time, solar was on just 20 of the thousands of rooftops in the community.

Massachusetts native David Smith learned about the restrictions while preparing a presentation on fighting climate change for an Earth Day celebration last year. He and Foreman both said they wanted to install solar because the energy source does not produce planet-warming carbon emissions.

The vast majority of scientists agree carbon dioxide released from burning fossil fuels is steadily raising average temperatures around the Earth, and by extension, raising sea levels and contributing to more intense rainfall.

"It's the right thing to do," Smith said. "It’s a small thing that my wife and I can do for the future, for the world."

So with that motivation, the Global Climate Change Group in Sun City convinced the HOA board to survey residents about whether they were okay with solar panels on the side and rear roofs of homes. More than 70 percent of respondents said the community should allow three new options for panel placement that were ultimately approved.

Putting a panel on the front of a home was not presented as an option and is still banned.

Regardless, a group of residents stood up and cheered in the meeting where the rules were officially changed, said Brad Phillips, the community's general manager. Phillips said the board approved the recent changes in response to community wishes.

Foreman and Smith said they had heard from some residents who didn't want to see the panels in their neighborhood during the survey. But Phillips said the HOA hasn't received complaints about the changes yet.

Ferraro said that many HOA rules banning solar harken back to a time when the panels produced more glare and were generally less pleasant to look at. State Sen. Tom Davis, R-Beaufort, agrees.

"What you’re dealing with today is a reality that's materially different" than when some HOA rules were written decades ago, Davis said.

The lawmaker said he's sympathetic to property owners who have clashed with neighborhood boards over solar. He plans to address the issue this session with new legislation.

That'll be a tricky process, however, because a provision of the state's Constitution that bars interference with private contracts. There are a few exceptions in the case of an overriding public policy interest, like stopping racial discrimination or predatory lending.

Davis said HOA covenants are themselves private contracts, but that it might be possible to target some older agreements written before solar technology advanced.

The 2017 failure of the V.C. Summer nuclear reactor project in Fairfield County has broadened acceptance of alternative energies, he added.

"I think there's a window of opportunity here, but you have to be cautious," Davis said.