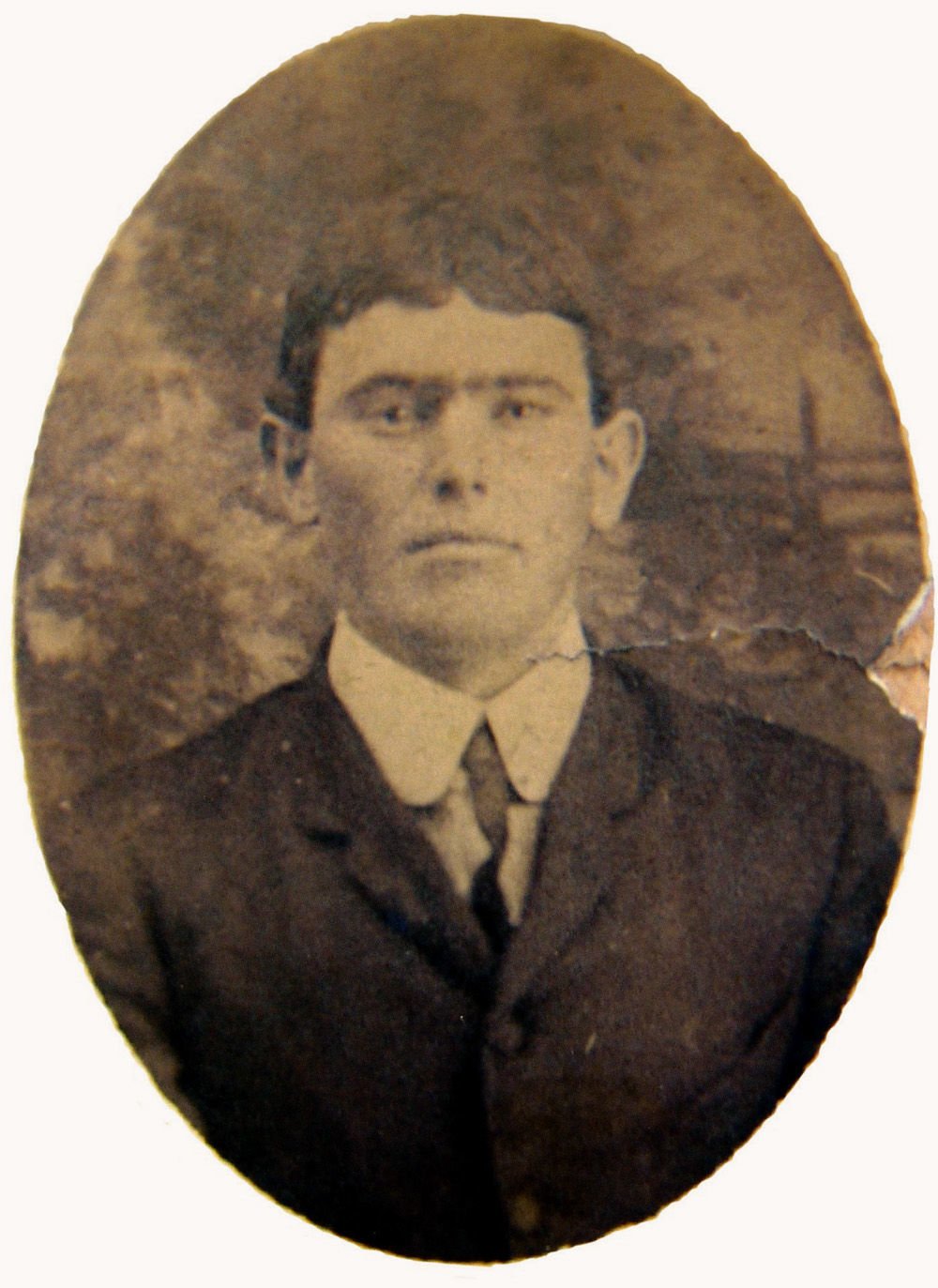 Pressley Reeves, was the first South Carolina game warden killed in the line of duty, in 1908. File/S.C. Department of Natural Resources/Provided 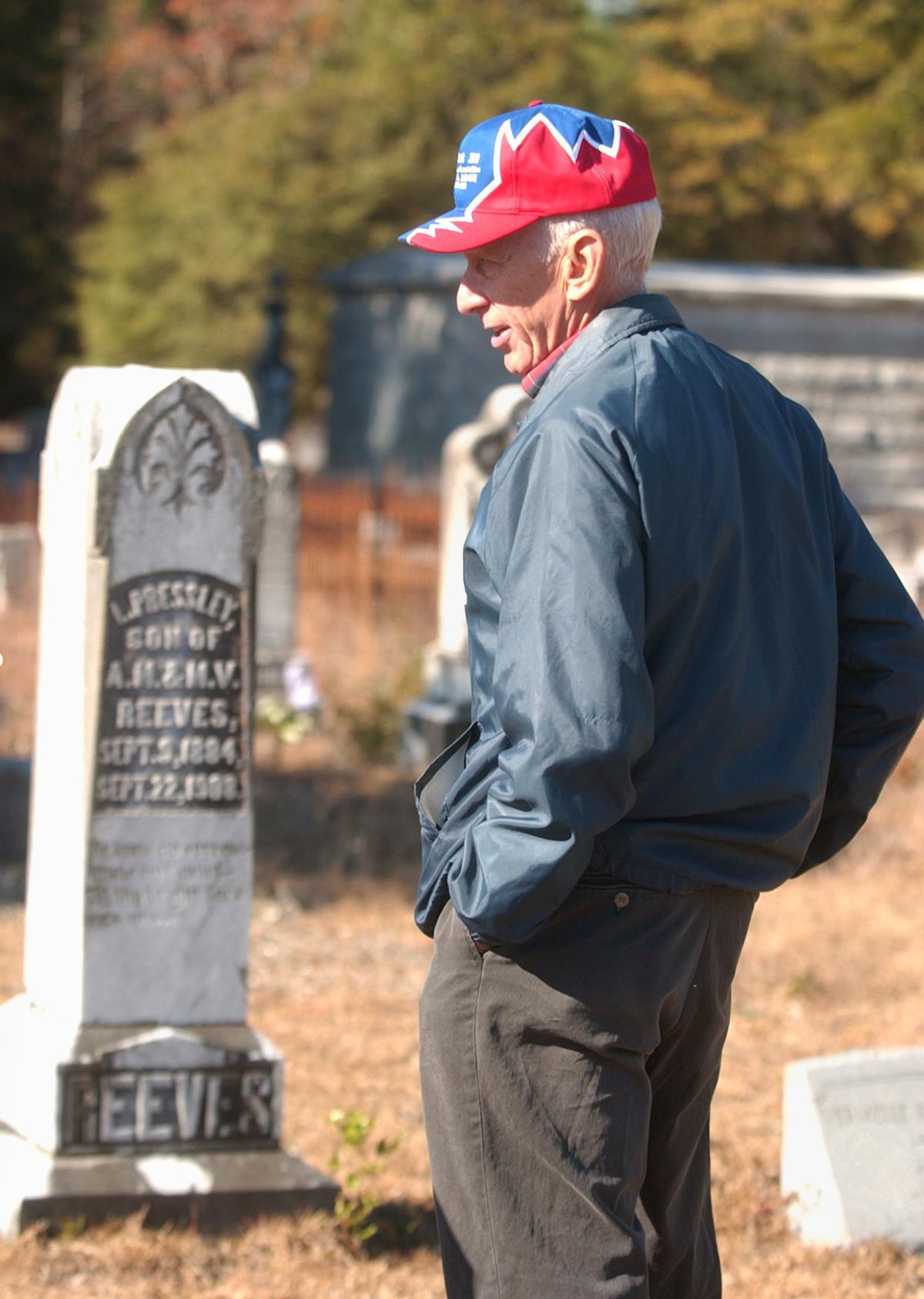 T.W. Reeves, a distant relative of Pressley Reeves, stands in front of the grave marker for Pressley, a game warden who was fatally shot in 1908 while on the job. File/Staff

The sun was going down on Sept. 22, 1908, in a remote part of upper Dorchester County when a buckshot blast rang out.

L. Pressley Reeves fell lifeless into his crop-filled wagon bed, and his startled mules carried the body away.

The animals instinctively brought the wagon back to the Reeves family farm from Wire Road, about a mile away. His father found his son's blood-stained corpse spread out among the bales of white cotton. His boy's head was split open from the shotgun blast.

His dad was shocked, but he wasn't surprised.

As one of the first game wardens in South Carolina history, Pressley Reeves was a hated man in the Dorchester countryside for keeping poachers from killing too many animals and fish trappers from raiding the Edisto River.

Reeves left behind a pregnant wife and a flood of questions as to why the grisly slaying could have happened.

In 111 years, the small, quiet community of Reevesville has come up with no answers. No one knows who killed Preesley Reeves, and it isn't clear if officials will ever know.

"The law back then was basically highlighted by who was and wasn't talking," Reevesville Mayor Paul Wimberly said. "There is so many cases they can't solve today, let alone back then."

According to Reeves' great-grandson, State Law Enforcement Division Agent James Green, there were several large turns in the investigation that were suspicious.

"Reevesville is such a tight-kit community," Green said. "There are still rumors about it floating around."

Despite claims that Reevesville is named after the late game warden, Wimberly said there is no historical evidence to back it up.

The modern-day town was close to the Reeves family farm, but Wimberly said it was named Reeves Station prior to being named Reevesville when the community was incorporated in 1905.

As one of the premier agriculture families in the area, the Reeves family had influence and clout in Dorchester County.

Reeves was commissioned by the Audubon Society, which brought the first state game wardens to the Palmetto State in 1905. Even though it was an unpaid position, it was a prestigious role.

That same year, the first game warden would be killed in the United States, Guy M. Bradley of Monroe County, Fla.

It was a job where a lot of enemies could be made, especially in the rural communities of Dorchester County.

Dorchester County: An ever-expanding area that developers, builders and buyers are calling home

A theory passed down by the Reeves family, and documented in an issue of South Carolina Wildlife magazine, said that a local man who could have been Reeves' relative was poaching white-tailed deer. Reeves had ordered him to stop multiple times. His kin speculated that the man hid and killed Reeves, or even hired someone else to do it.

In addition to cracking down on deer poaching, Reeves also worked to end the illegal trapping of fish in the Edisto River, and more or less brought it to a halt.

The same week he was killed, two "notorious fish-pirates" reportedly bought shotgun shells in nearby Branchville, according to information recorded from the S.C. Department of Natural Resources. They were also suspects.

When the wagon carrying Reeves' body rolled up to the family farm, word spread fast. Law enforcement wanted to get to the bottom of the slaying.

Then-Gov. Martin Ansel heard the news in Columbia and dispatched bloodhounds to search for the killer. The scent went cold. Authorities speculated that the killer must have rode off in a wagon or by horse. It seemed there was still no luck in finding a suspect.

"The inquest jury was brought in the next day," The News and Courier reported on Sept. 24, 1908. "They viewed the body and adjourned for a few days. Evidence is very hard to get, as people are very scattered in that neighborhood."

No one filed to be this small SC town's mayor. But the 34-year incumbent was reelected.

Green, Reeves' great-grandson, said a resident of the area named Bill Dooley claimed to have heard a gunshot that night. A month later, Dooley was found dead of suspected murder. His death was a critical blow to the investigation.

"He got messages saying 'Keep your mouth shut or else,'" Green said. "In my heart of hearts, I believe he saw what happened. He got killed because of it."

Green said that five men were arrested, but all were released for lack of evidence.

While Reeves' grave marker in Branchville is modest and now faded, he was honored immensely after his death.

"This day means everything to me," Reeves’ granddaughter Carolyn Jones told The Times and Democrat in 2015. "My mother yearned for him all her life and cried about him. She never knew him. She adored him."

There have been at least 10 line-of-duty deaths in the DNR since 1908. It's a story often told to new agents to make sure they stay aware of their surroundings.

"It's a popular case," said Jim McClarey, the administrator of the S.C. Law Enforcement Officers Hall of Fame. "It's a big deal among the game wardens in this area. It's once of the incidents that pushed forward the structure of the agency."

After Reeves death, the S.C. Legislature passed a law creating a state office of the game warden that would eventually become the state's Department of Natural Resources.

Green is inspired by his great-grandfather's actions, so much so that he named his youngest son after him.

"He had a strong moral compass as to what was right and what was wrong," Green said of Reeves. "It usually takes some bad to happen for something good to ultimately come of it."