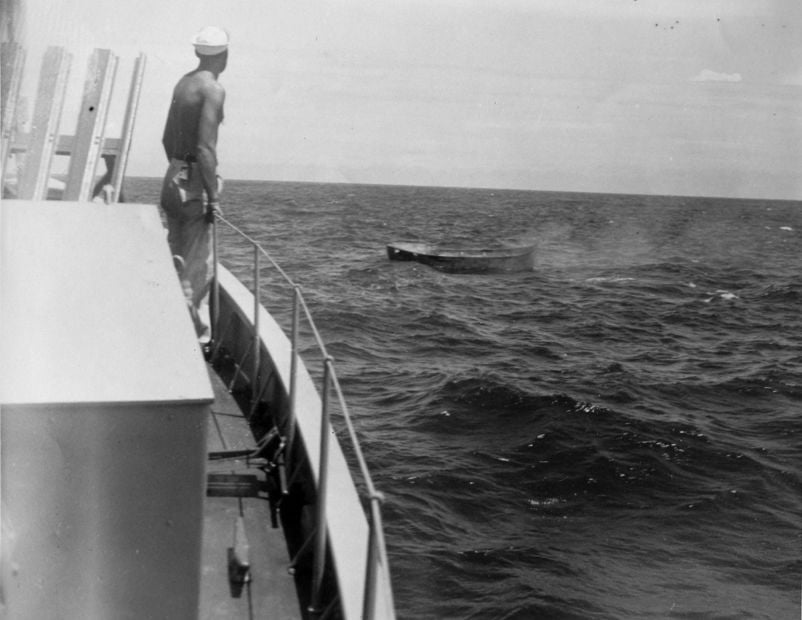 All of the survivors from the attack on the Bloody Marsh were rescued later in the morning by the Submarine Chaser (SC) 1049A. Here a crew member watches one of the lifeboats. National Archives and Records Administration/Provided 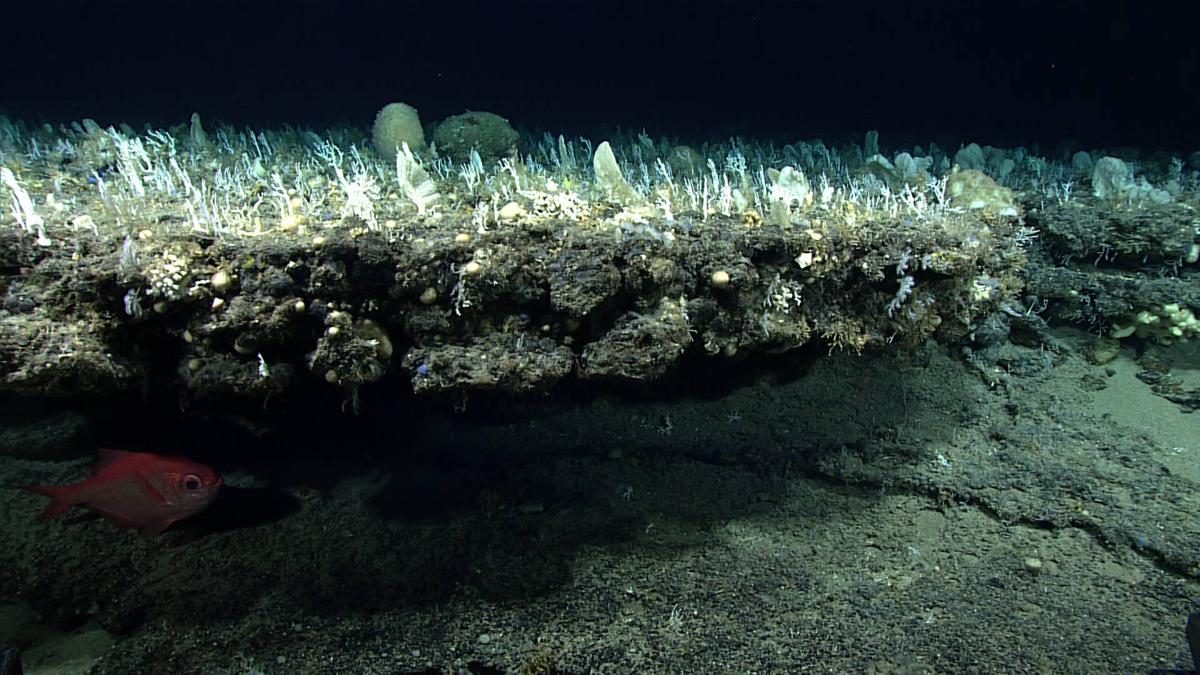 Though a shipwreck was not found during Dive 07 of the Windows to the Deep 2019 expedition, the site contained several rocky outcrops that hosted a variety of sponges, coral, fish, and other invertebrates. Seen here is an alfonsino fish taking refuge under one of the ledges. NOAA/Provided 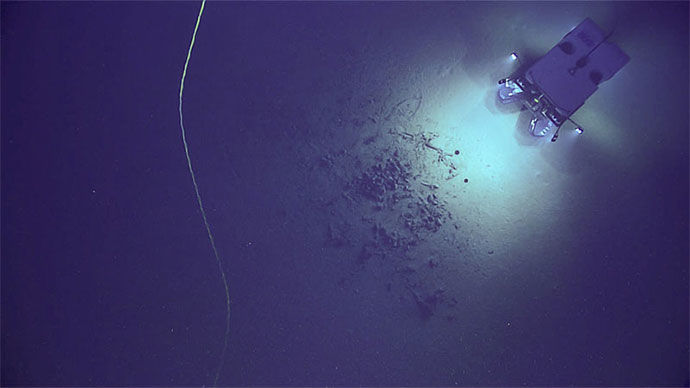 A remotely operated submarine searches the sea floor for the shipwreck of the Bloody Marsh. Provided by NOAA Ocean Explorer

As much as 21 million gallons of the ooze could be sitting in or seeping from corroding barrels on the deep sea floor off South Carolina.

More than 400,000 barrels of crude or heavy oil were aboard five tankers that have gone to the bottom since 1932 — two of them sunk by German submarines during World War II.

Nobody knows exactly where the wrecks are, much less how much oil might have gone down with them and is still resting there.

The recent search for one of the wrecks came up empty.

The lost ships are among the sunken hazards the National Oceanic and Atmospheric Administration is trying to find and assess. The effort is underway while politicians, environmentalists and the industry debate the future of natural gas and mineral exploration offshore.

Mike Brennan, a Search Inc. maritime archaeologist, was aboard the NOAA research vessel Okeanos Explorer in late June as its crew deployed a remotely operated sub some 70 miles off Hilton Head Island. The sub dove to take a look at a formation of the sea bottom that could have been the wreck of the tanker Bloody Marsh.

Search Inc. is an archaeology and cultural resources management company that specializes in large scale projects and emergency responses on land and water. Brennan is leading on ongoing effort to locate as many of the wrecks as possible.

He had pinpointed a promising site, working from sonar readings. It turned out to be a coral mound. Oddly enough, while surveying about one quarter mile deep, the sub videoed a shark feeding frenzy on a billfish that was interrupted when a huge grouper gobbled down one the sharks.

The tanker carried 118,000 barrels of heavy oil on its maiden voyage when a German submarine torpedoed it in the early hours of July 2, 1943. Three crew members were killed by the blast. The other 74 fled in lifeboats — one of which was overturned by the submarine when it surfaced to fire a second torpedo, splitting the 500-feet long tanker in two.

The survivors were rescued the next day after being spotted by a Navy blimp.

Brennan said he targeted the ship for its potential hazard.

"I prioritized this wreck because of the amount of fuel cargo it carried," he said by email. "The danger with many of these tanker wrecks in deep water is that they have not been found, so we have never had any documentation of their conditions, corrosion or potential for pollution."

He will refine his search using what he learned from the spring's miss and head back after the Bloody Marsh.

There are also the four other South Carolina wrecks which are among 36 that NOAA has reported to be the most dangerous, "potentially polluting" vessel sites off the U.S. coast.

To give an idea just how much oil pollution is potentially involved, the notorious Deepwater Horizon spill of 2010 leaked about 4 million barrels. That oil contained 125 polluting hydrocarbons, according to multi-institution research in 2016.

Because oil in the barrels would be heavier than water, a lot of the crude from the wrecks is believed to have sunk into the bottom, contaminating that habitat, according to studies. But some would degrade, or break down, and slick through the water. Because the Gulf Stream runs north, a lot would tend to carried out to sea but some could drift ashore in the Carolinas.

In the bigger picture of pollution threats from oil, the old wrecks aren't capable of that much damage, said eco-geographer John Amos, president of SkyTruth, a non-profit that uses satellites to identify and monitor oil spills offshore.

He added that the older threats underscores the oil spill risk posed by modern shipping today. "A single modern container ship can have several million gallons of heavy fuel oil on board," Amos said.

The biggest danger of the old wrecks, Brennan said, is simply that they haven't been found.

He recently located the wreck of a British tanker off Long Island, New York that had been sunk by a German submarine in 1942. It had split into three sections but still had hundreds of thousands of gallons of oil aboard.

The wrecks "do pose significant pollution threats," he said.

The wrecks are not the only hazard in the sea as the ocean has been used as a military dumping ground. Along with the crude oil, hundreds of thousands of tons of unused munitions lie half-buried in the sands offshore of South Carolina, a legacy of post-World War II dumping of excess weapons. The dumping, carried out from the war years until 1970, took place all around the country after the military deemed the sea the safest place to dispose of it.

The Post and Courier earlier reported on the heaps of unexploded bombs, poison gas and barrels of radioactive waste littering the bottom.