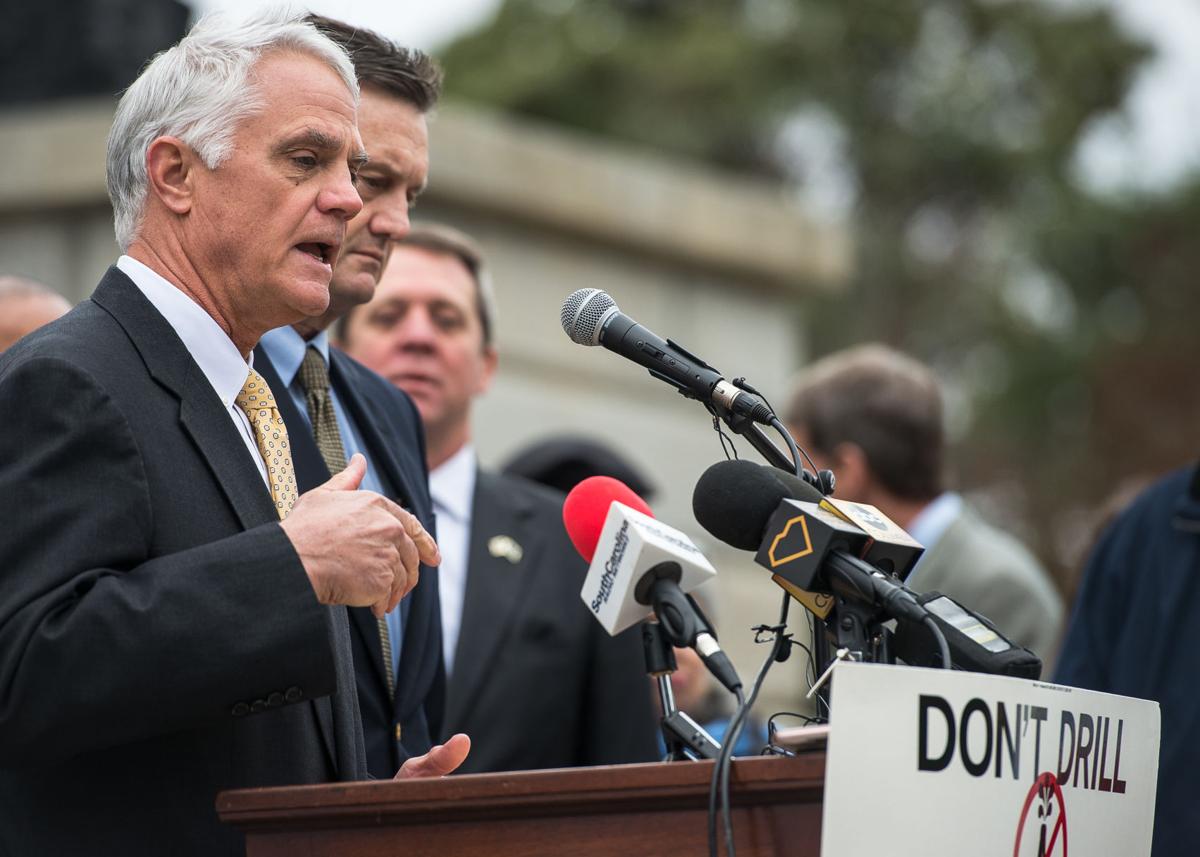 Sen. Chip Campsen speaks to the crowd at a rally against offshore drilling at the Statehouse in Columbia on February 13, 2018. File/John A. Carlos II/Special to The Post and Courier 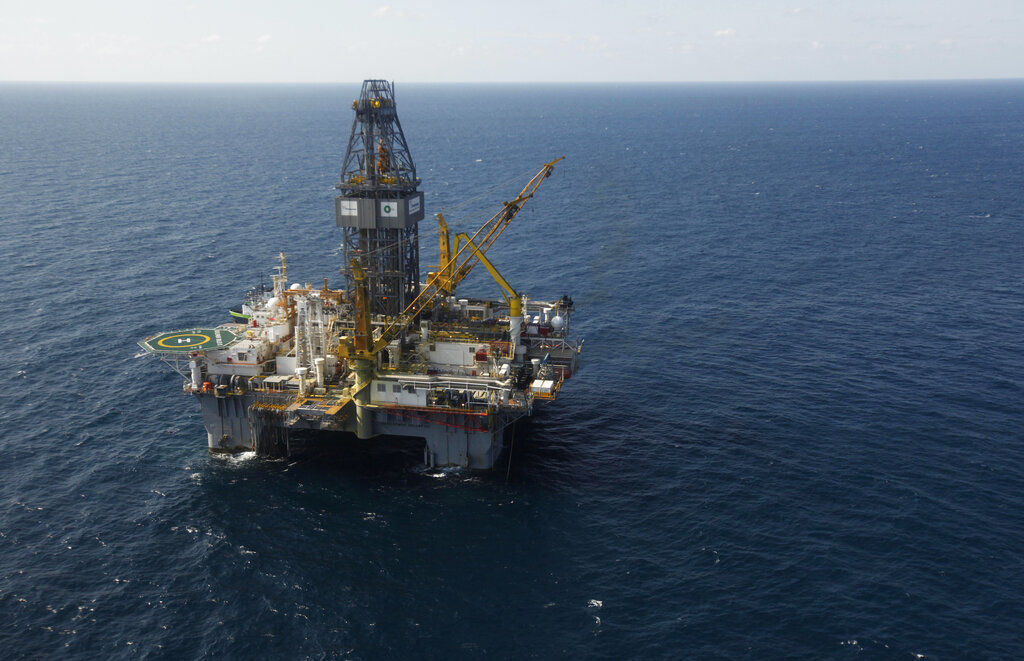 The Development Driller III, which drilled the relief well and pumped  cement to seal the Macondo well — the source of the Deepwater Horizon rig explosion and oil spill — is seen off the coast of Louisiana in 2010. File/AP

No pipelines, no refineries, no oil tank farms: If the Trump administration goes ahead leasing the South Carolina offshore waters for oil testing and drilling, the state would keep the work from coming into port.

That was the point to Sen. Chip Campsen's budget proviso last spring. In January, he wants to make it permanent.

Campsen, R-Charleston, on Wednesday pre-filed a bill for the Legislature's 2020 session that would ban cities, counties or the state from issuing permits for infrastructure onshore to support the work. It is co-sponsored by 28 of the Legislature's 46 senators. The session begins in January.

"That's all we can do as a state," said Campsen, referencing that legislative jurisdiction ends 3 miles out to sea. "But that's a lot. One thing a lot of people don't understand: Offshore drilling brings with it massive industrial development onshore. Look at a Google Earth shot of Port Arthur, Texas. That's what we're trying to stop in South Carolina."

The Trump administration has pushed to open the Atlantic Ocean off the Southeast coast, as well as other coastal areas, to seismic blast testing for oil and natural gas reserves and potentially to drilling for the fuels.

The move has been controversial, pitting a concern for the environment and a multibillion-dollar tourism industry against potential new revenue and jobs. The work is widely opposed on the coast.

Campsen's filing comes as conservation groups across the nation brace for an expected move by the administration to issue permits to start offshore seismic blast testing — despite the opposition. Conservation groups say they are ready to fight in court if permits are granted.

In early December, Sen. Marco Rubio, a Florida Republican, blocked a Trump nominee for deputy administrator to the federal Interior Department because of concerns over the offshore work.

In South Carolina, most coastal state legislators support some sort of ban. At least some inland legislators favor the pursuit of drilling for its economic opportunity and likelihood of attracting business.

Last spring, after dueling bills passed a House subcommittee that either blocked or promoted onshore infrastructure to support the drilling work, and the Legislature was getting short of time to resolve the conflict, Campsen introduced the proviso — which is a clause in the proposed budget — that would take effect for the budget year.

It passed the Senate 40 to 4. The budget passed the House without being held up by the proviso.

Campsen said a bill might be introduced this session opposing the ban, but he doubted it would gain traction, at least in the Senate, given the super-majority of the proviso support last spring and the majority of co-sponsors for the current bill.

Campsen, whose district includes about half the coast, has been a leading opponent of the offshore work.