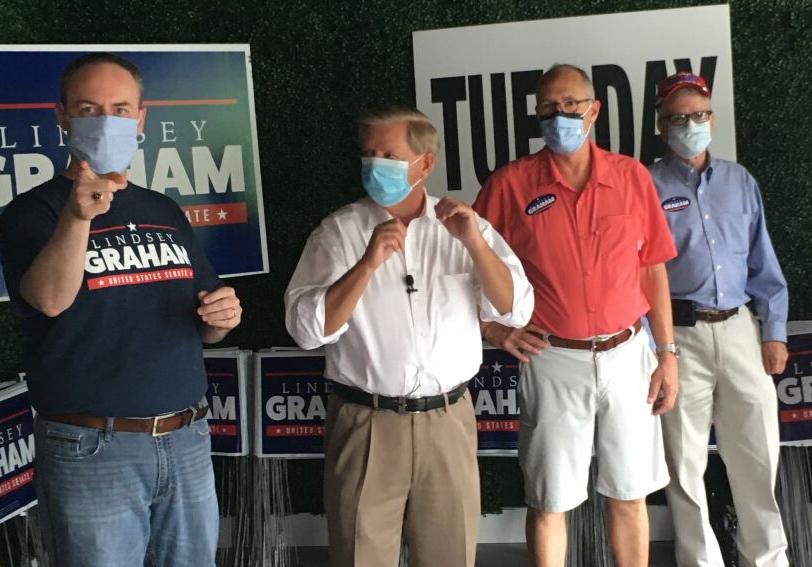 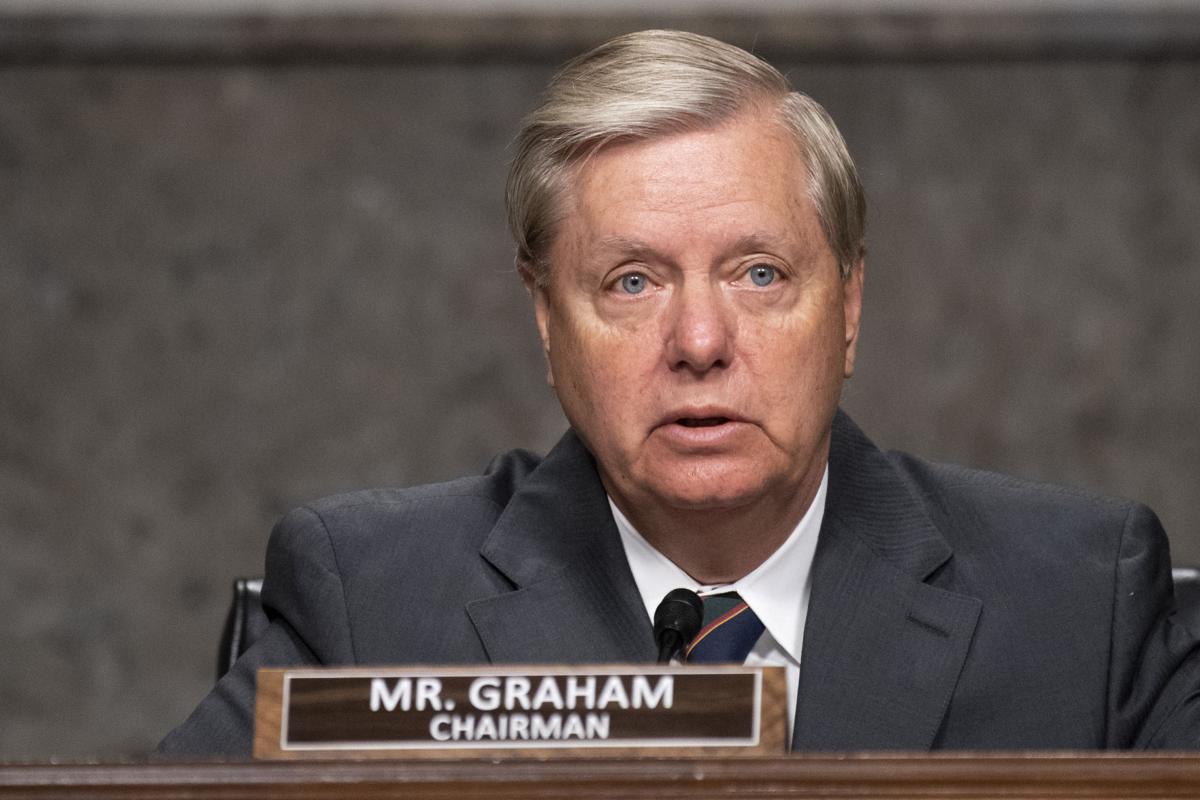 Chairman Lindsey Graham, R-S.C., speaks during a Senate Judiciary Committee confirmation hearing on the nomination of Judge Justin Walker to be a U.S. Circuit Court judge for the District of Columbia Circuit on Capitol Hill in Washington, Wednesday, May 6, 2020. Caroline Brehman/Pool Photo via AP 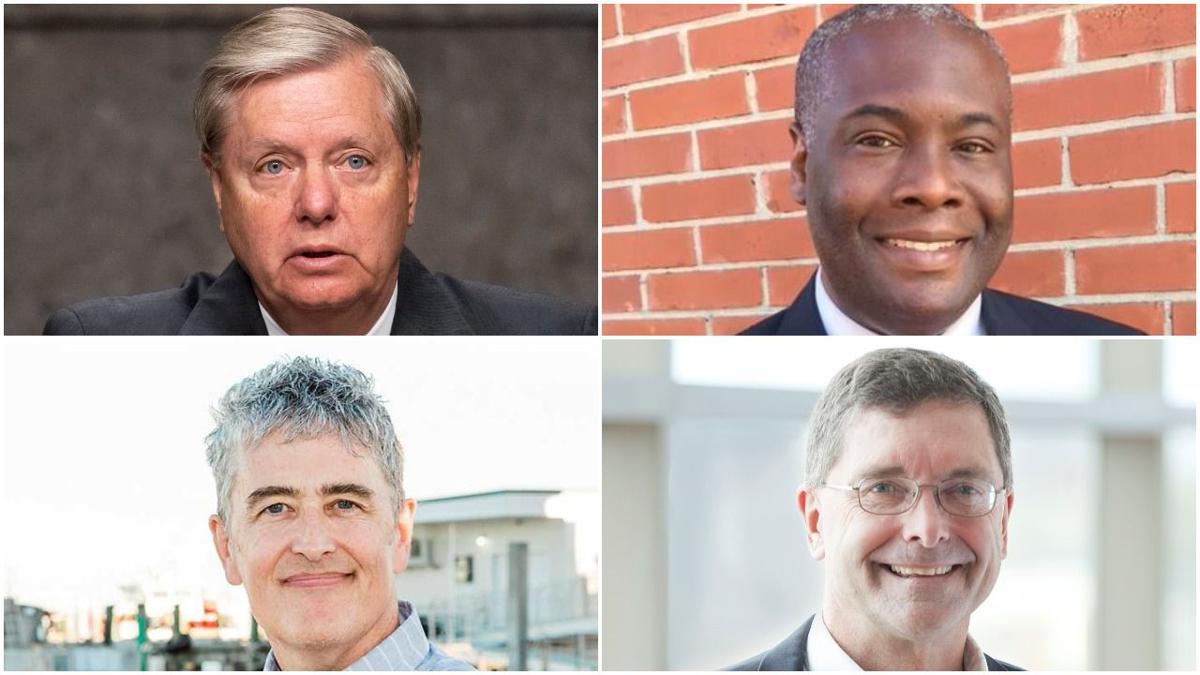 U.S. Sen. Lindsey Graham told campaign volunteers and supporters Sunday in Charleston that he's been "a good senator for the Republican conservative cause" ahead of a primary election Tuesday that he's expected to easily win.

Graham, R-S.C., has been in Congress for 25 years, 18 in the Senate. He's a staunch supporter of President Donald Trump and said he likes the direction in which Trump has taken the nation.

"This idea that it's Donald Trump dividing the country — I don't buy it," he said at a campaign office in West Ashley. "I think he has a record with minority communities you'd be proud of."

Speaking at an office where yard signs were being distributed to young campaign workers, Graham urged them to imagine what Trump's reelection could mean, particularly in terms of lifetime appointments of federal judges.

"Imagine four more years of having conservative judges at every level of the federal judiciary," he said. "One in five judges in the United States right now today were appointed by Donald Trump — two Supreme Court judges. Imagine what the next four years holds for the judiciary."

Graham said that under Trump, the U.S. is respected on the world stage and had the strongest economy he's ever seen until the new coronavirus struck. He said, incorrectly, that the economy was "stagnant" under President Barack Obama.

Graham's real challenge will be in November when he faces Democrat Jaime Harrison, who raised more campaign funds than Graham during the first three months of the year. Some polling groups now say the Senate seat will "likely" be won by the Republican candidate, rather than certainly, in a state that Trump easily won in 2016, beating Hillary Clinton by more than 300,000 votes.

Graham was briefly a Republican presidential primary candidate for 2016, leaving the race in late 2015 before the voting began. Graham, who endorsed Jeb Bush, at the time called Trump a "nut job" and a "kook" and "unfit for office" and said he wouldn't vote for him. But after Trump won the presidency, Graham became a vocal supporter and golfing partner.

"I'll tell you how that happened," Graham said Sunday. "So, I lost, and he won."

"I decided, as I have in the past, to end the campaign and start governing," he said. "I like the direction President Trump has taken us, on policy, and I think the people of South Carolina did not want me to take my ball and go home."

Leading up to the Republican primary election this year, Graham has supported the president after current and former military leaders questioned Trump's talk about quelling protests with active-duty military. He is also playing a lead role in a Senate investigation of the origins of the Russian influence investigations.

As Graham works hard to court Republican primary voters, he's keeping an eye on the November general election as well, insisting he can work with Democrats even as he talks about packing federal courts with conservatives.

"I think I enjoy wide and deep support, but I don't take it for granted," he said. "I can tell the voters of South Carolina, if you're looking for someone to reach across the aisle, I can do that too, and I will."