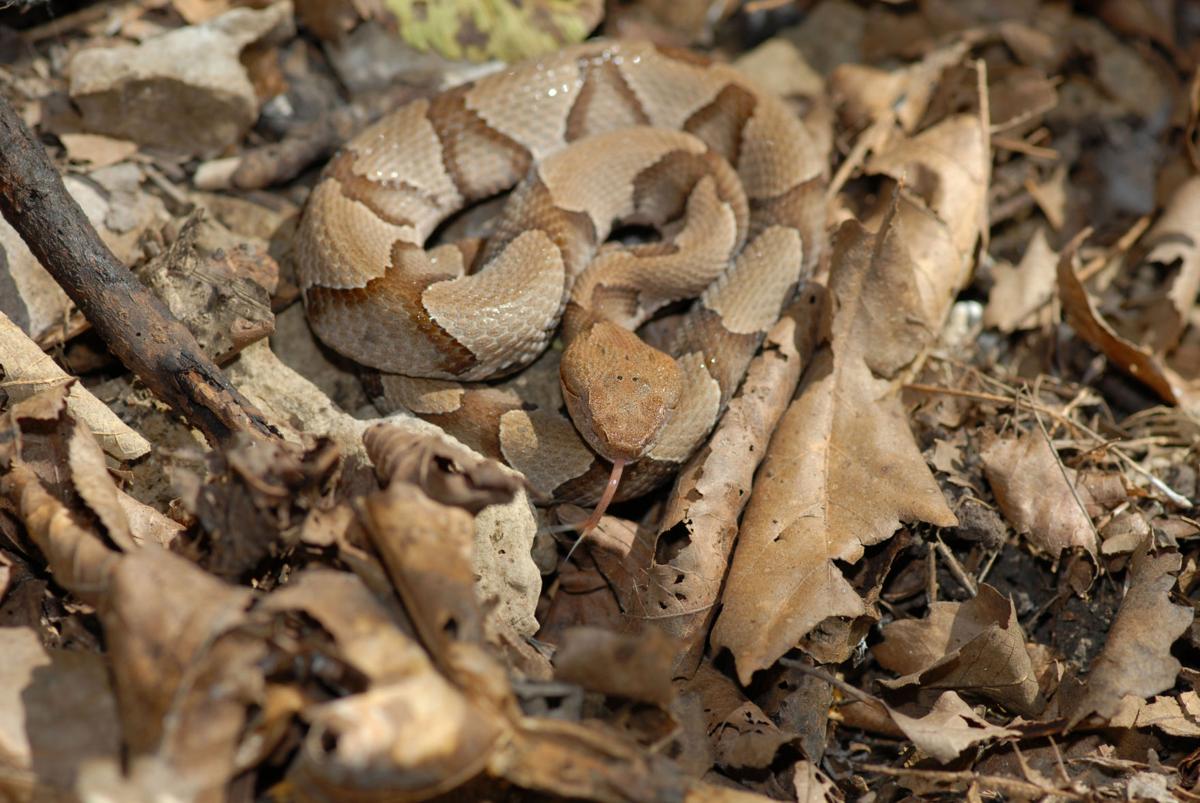 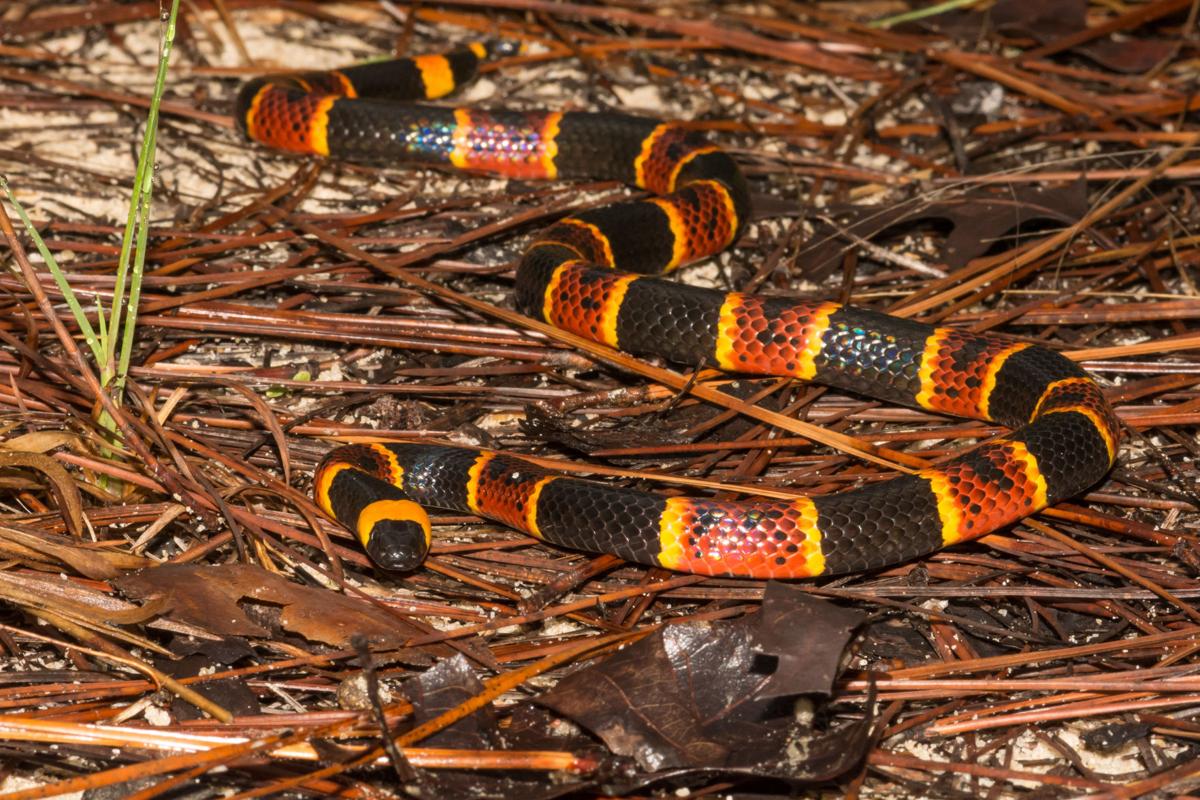 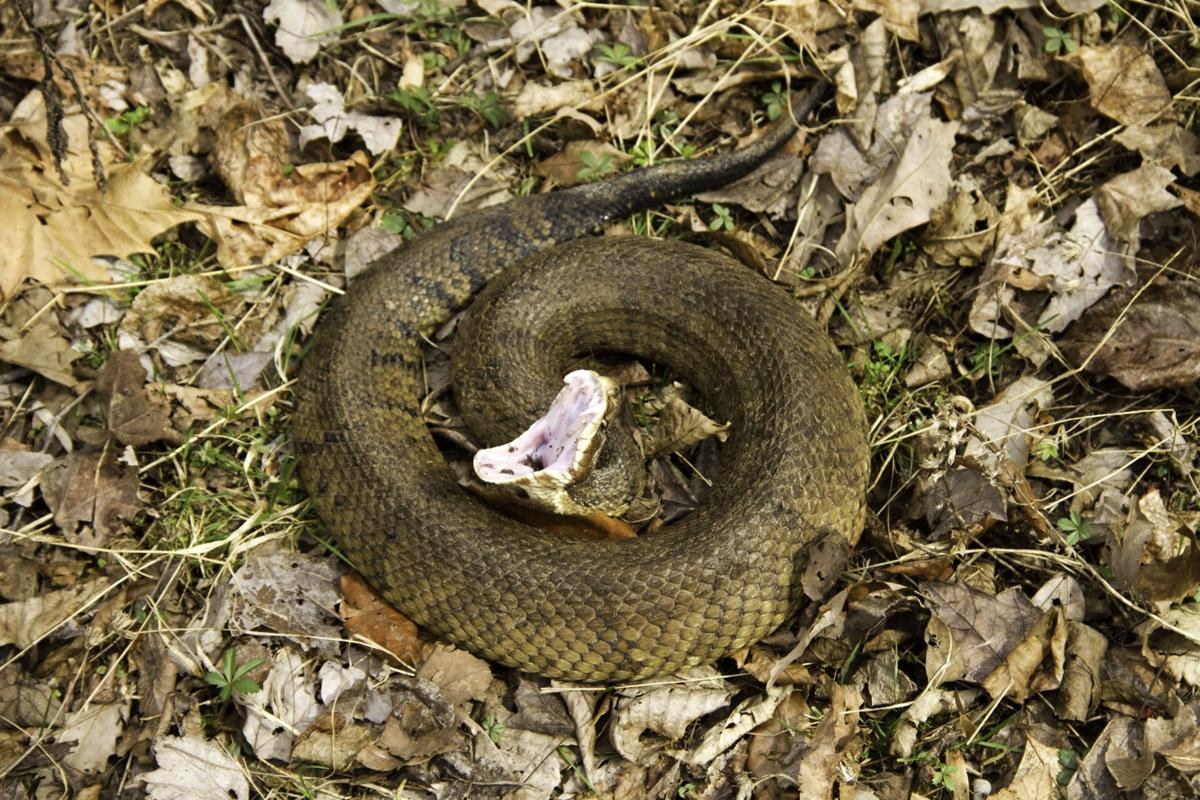 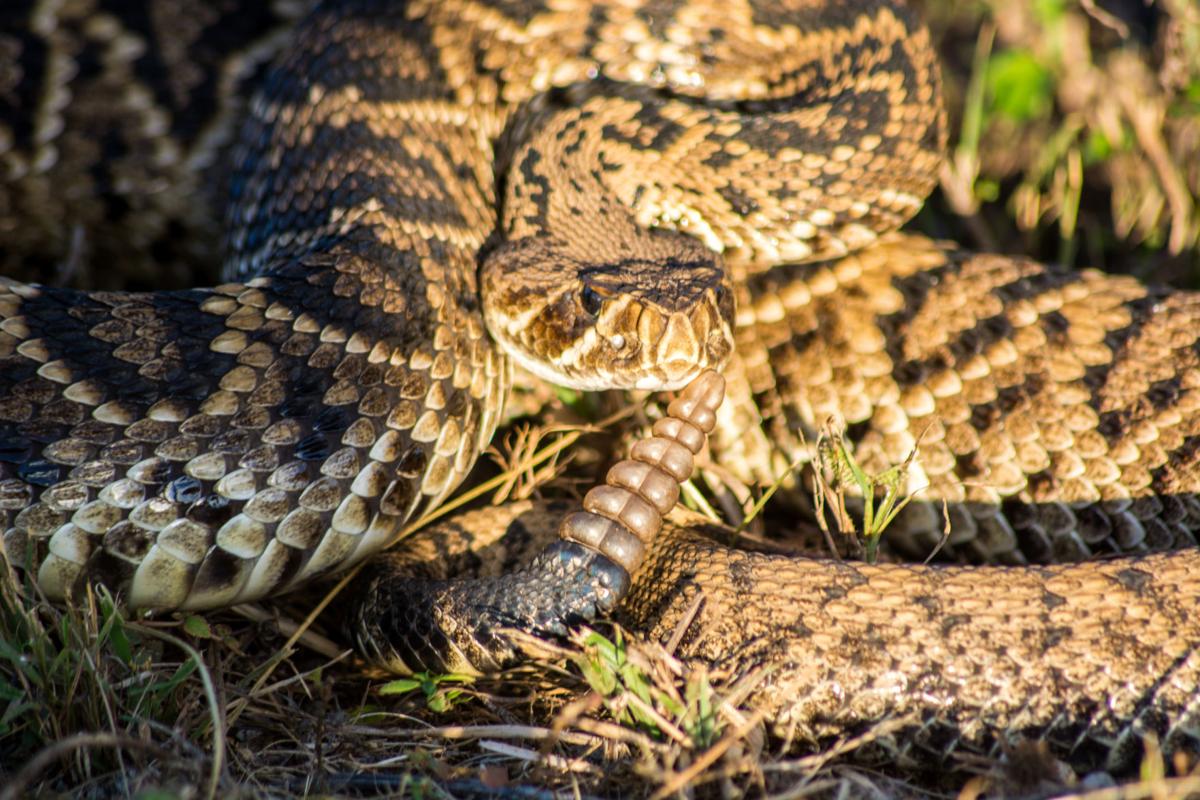 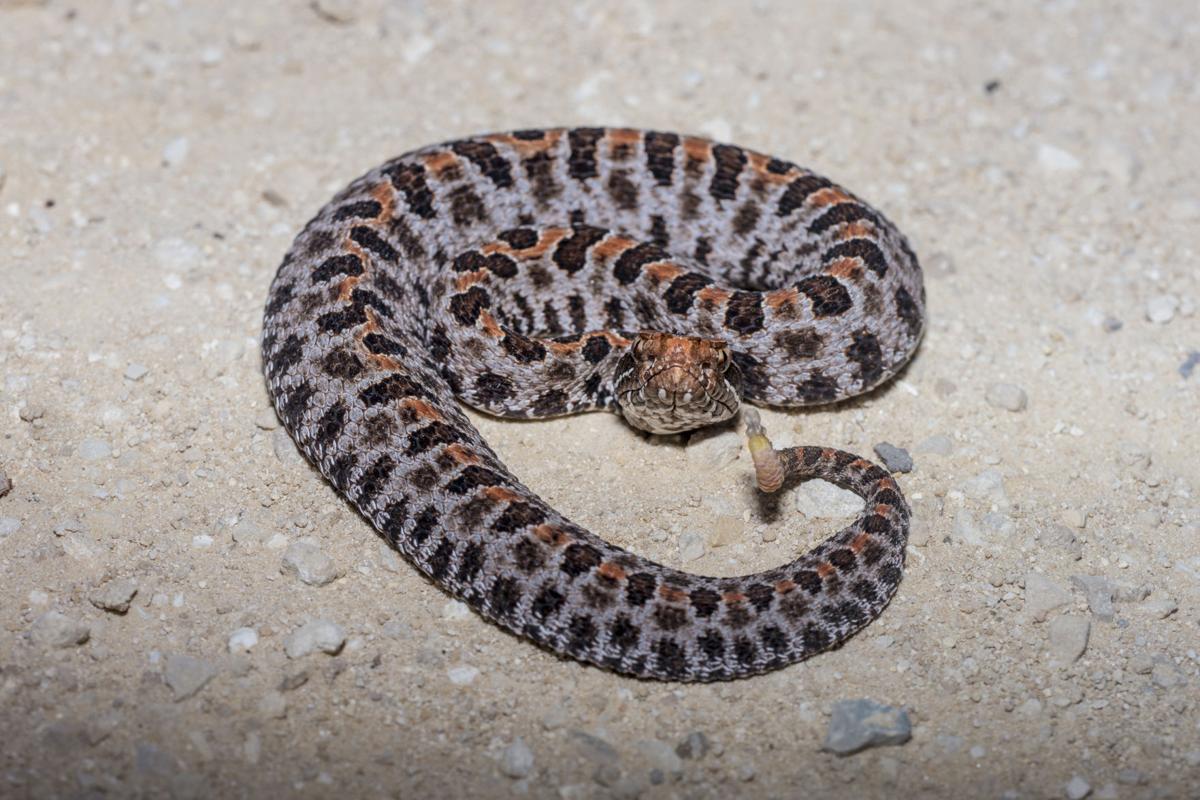 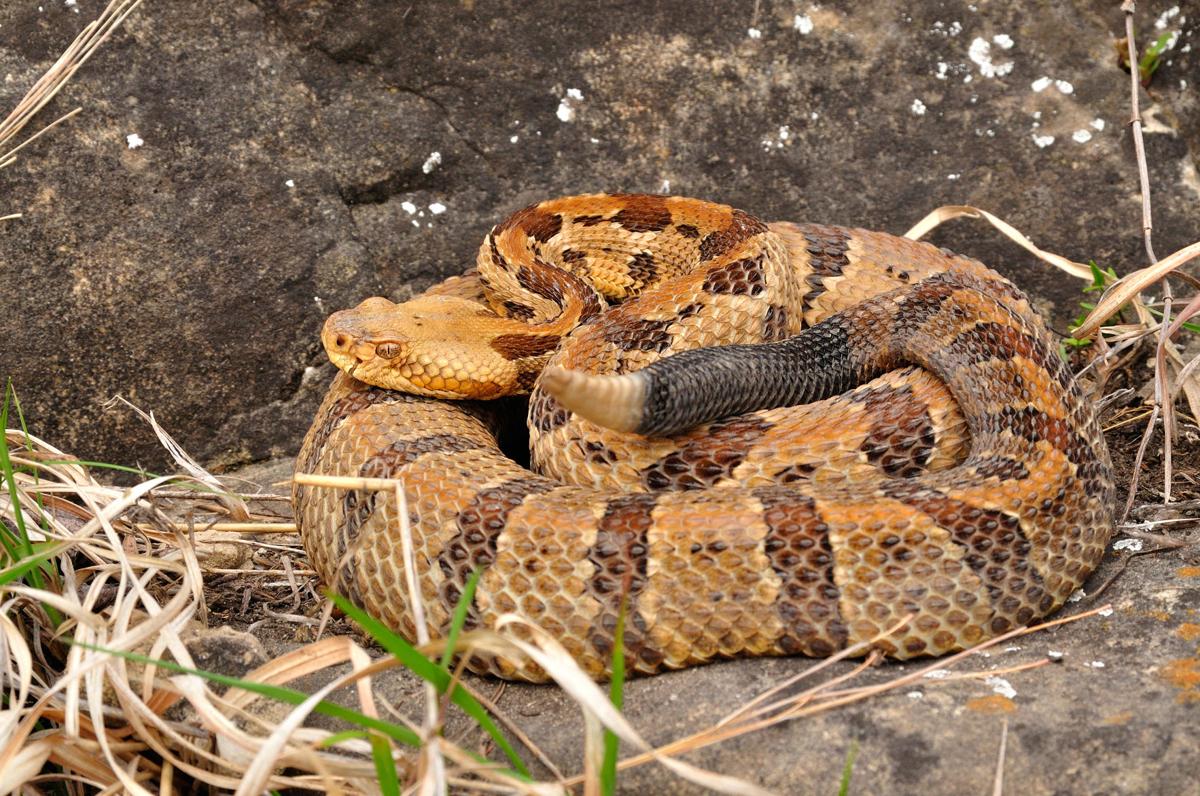 South Carolina contends with its share of predators: Sharks swimming off its beaches. Alligators lounging around retaining ponds. Coyotes and wolves on the prowl.

But as spring gives way to summer, it is now time for snakes to slither back into view.

"Snakes sort of have a couple of peaks in their activity and this time is one of them," said Will Dillman, assistant chief of wildlife and a longtime herpetologist for the S.C. Department of Natural Resources.

Unlike their human counterparts, reptiles are unable to regulate their body temperatures as they cross hot roadways and slink into cool garden beds. After hibernating during the winter, the limbless creatures are now on the move in search of prey and mates.

Dillman said the number of snake sightings is no greater than usual for this time of season but he admits that a snake encounter can still be a jarring one.

But fear not, dear humans. Dillman said snakes tend to limit their activities to the early morning and late evening hours when they aren't as likely to encounter people.

Should you come across a snake, though, Dillman advises to let it be and give it a wide berth.

"Most of the time, when a person finds a snake, it works out really badly for the snake," Dillman said, noting snakes are an integral part of Lowcountry ecosystems.

"In South Carolina, we have 38 species of snakes, but only six are venomous," he added. "None are particularly aggressive toward people, but they do react defensively since to a snake, a human is just another predator."

All six of South Carolina's venomous snakes call the Lowcountry home but Dillman said three are more likely to appear than others: copperheads, timber rattlesnakes and the cottonmouth, which is also known as a water moccasin.

"If you see a snake and you don't know what it is, just leave it alone," Dillman said.

The copperhead varies in color from pink to tan, with dark brown spots down its body. These snakes can reach a length of 4 feet, but adults are more likely to be between 2 and 3 feet long. It is the most common venomous snake in the state and, in a nod to its name, the head is typically a uniform copper color. However, juvenile rat snakes, which are harmless, are often mistaken for being a copperhead. Rat snakes tend to have small narrow heads, while the copperhead has a large triangular head. The eyes are also a clue: Copperheads have vertical, cat-like pupils while the rat snake has round pupils, like humans.

An old rhyme will help with this one: "Red next to yellow kills a fellow. Red next to black is a friend to Jack." Coral snakes can reach a length of two feet and can be identified quickly by their bright red, yellow and black bands along their bodies. The good news? These snakes aren't likely to be seen at all, since they tend to be very secretive.

Commonly found in wetlands and swamps, adult cottonmouths tend to reach between 3 to 4 feet in length. However, the largest ones can exceed 5 feet. Their colors range from dark brown and black to olive and tan, with dark irregular bands down the body. Nonvenomous water snakes often get confused with cottonmouths or water moccasins. Unlike other venomous snakes, cottonmouths will stand their ground if they perceive something as a threat. These snakes will coil tightly and open their mouths to show a white "cotton" lining. If you see this, take this display as a warning and avoid the snake.

Pigmy or pygmy rattlesnakes may be small, but they should not be overlooked. Adults are rarely more than a foot long, and their tiny set of rattlers can be difficult to see (and hear). Their coloration ranges from a light gray and pink to a dark charcoal gray. Dark spots run down the back of the body, with a faint red stripe running down the spine. They tend to be near fresh water, such as marshes, swamps and ponds.

Like the coral snake, the eastern diamondback rattlesnake is considered rare here. It is the state's largest venomous snake: Adults range from 3 feet to 6 feet. The name offers a visual clue about its defining trait: a series of dark-brown to black diamonds running down its back. Each diamond is outlined in yellow or creamy white. Both the eastern diamondback rattlesnake and its relative, the timber rattlesnake, mate and give birth during late summer and early fall.

The timber rattlesnake is another large one, ranging in length from 3 to 5 feet. Depending on where you live, the snake species takes two different forms. In the mountains, the snake is known as the timber rattlesnake. In the Piedmont and coastal regions, it is known as the canebrake rattlesnake. For identification purposes, the difference comes down to color. The mountain form, or timber rattlesnake, tends to range in color from yellow to black. By contrast, the coastal form, or canebrake rattlesnake, tends to be a light tan, but can be pink to light orange. Both feature dark bands across the back with a rattle on the tail.

Get dogs treated immediately after a poisonous snake bite