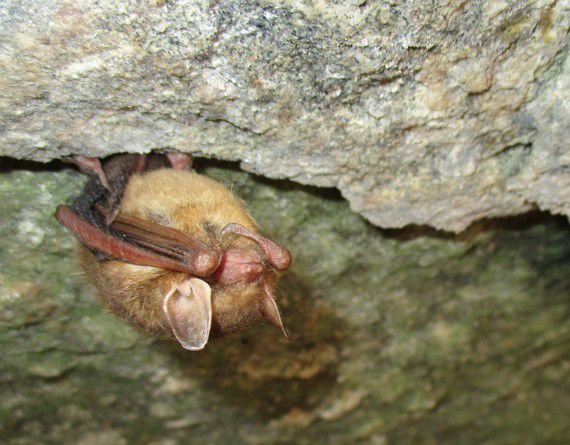 Hibernating tricolored bats in the Upstate might have survived the worst of the deadly white nose syndrome in South Carolina. SCDNR/Provided 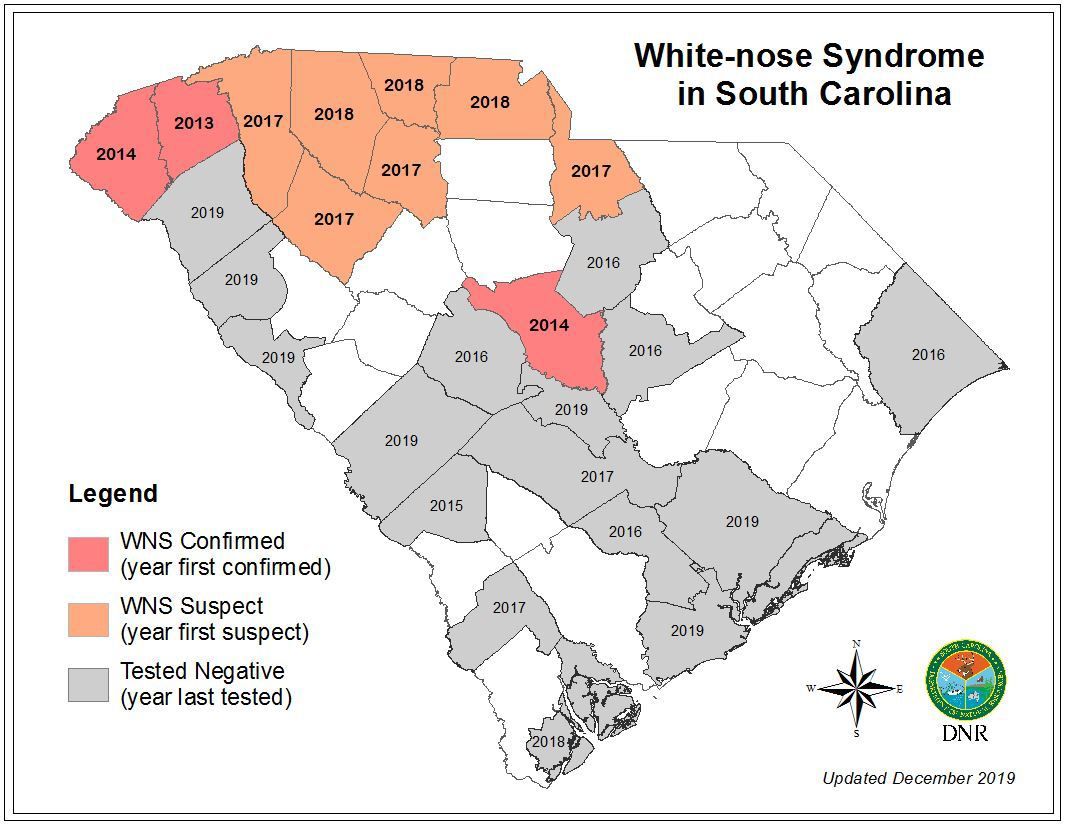 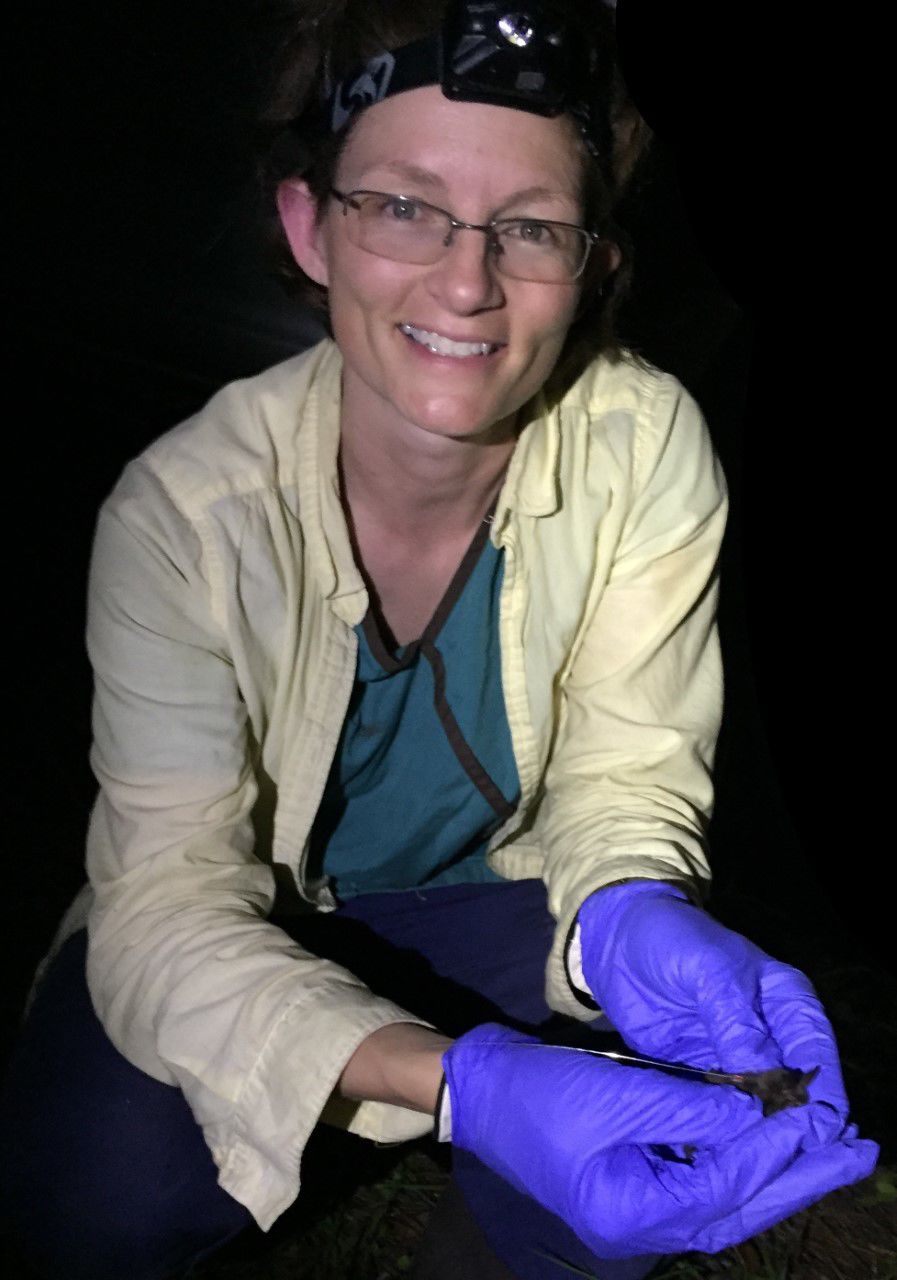 About 30 tricolored bats in a South Carolina mountain colony appear to be holding on after a fungus disease wiped out nearly all the rest.

And last year, no new cases of the bat-killing white nose syndrome were found in the state.

But other bats apparently are in big trouble. Researchers have not been able to capture any northern long-eared bats in the mountains since 2016,  said Jennifer Kindel, a DNR wildlife biologist studying the creatures. Those used to be the most common bats in the area.

The S.C. Department of Natural Resources is asking the public to help keep a lookout for bat colonies.

"It's obvious some individual bats are surviving white nose syndrome," Kindel said. "We're not sure, but it looks promising that it might be slowing down in South Carolina."

She's asking people who are aware of a hibernating colony to contact DNR so the bats can be counted and tested by reaching out to KindelJ@dnr.sc.gov.

The nocturnal, frittering mammals creep out some people, but they are important to us.

Bats are said to eat their weight in bugs and mosquitoes every night, and that is worth some $22.9 billion per year in pesticide savings for farmers and an untold boon for limiting pollutants in the environment.

The syndrome has killed off more than 6 million bats in the United States and Canada since it was first noticed in 2006. The outbreak appears to be concentrated in Eastern states, although it might be that more cases have been noticed in those more heavily populated states.

In South Carolina the syndrome was first noticed in Pickens County in 2013 and has been spotted in Upstate counties as far east as Lancaster. A dead bat turned in from Richland County in the Columbia area also tested for the disease, but biologists don't know where the animal originally was found.

It's pretty rare, but a South Carolina cow got rabies

No sign of the disease has been found along the coast yet, but biologists suspect it's simply a matter of time.

The problem is not a lot of testing has been done on the coast during winter hibernation.

There are a lot of bats in the world. Of 47 species in the United States, 14 have been found so far in South Carolina. But they are secretive by nature, difficult to track and to study. They pick up the syndrome from as fungus while hibernating, most often in mines or caves.

But colonies have been found under bridges, in buildings nooks and culverts, as well as barns and attics. In the blackwater streams around Charleston, they might even be found in the hollowed-out boles of cypress trees.

Bats store up energy to hibernate, use it to fight off the disease and are weak when they emerge. Oddly enough, that might work in their favor on the coast where there are more insects to eat in the winter.

"It's possible," Kindel said. "The coastline hasn't gotten a lot of attention."

For the mountain colony, wildlife biologists are showing some hope six years after the syndrome was first discovered.

"The declines in the Stumphouse Main Tunnel have leveled off over the past 3 winters," said Susan Loeb, a research ecologist with the U.S. Forest Service.

The colony in the tunnel had lost nine out of every 10 bats.