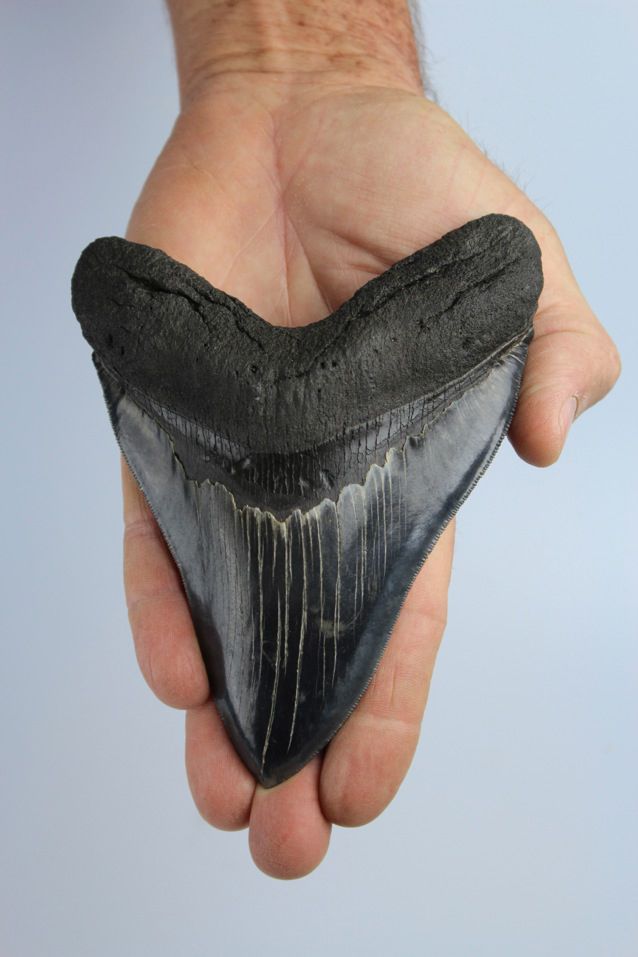 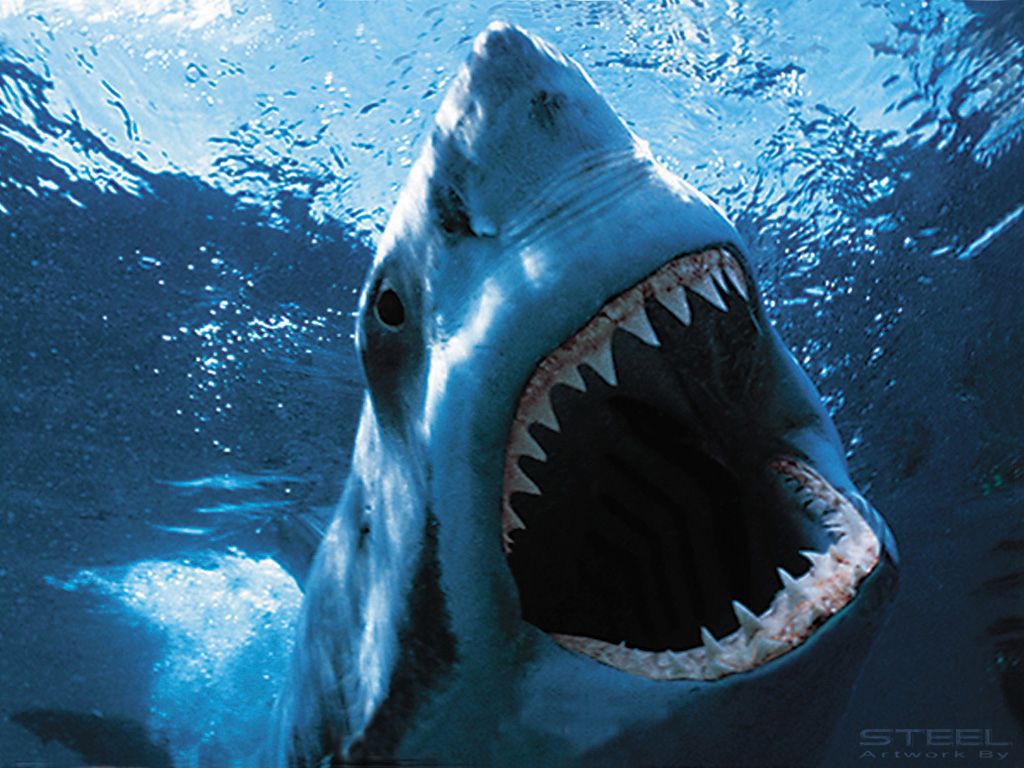 The sawlike teeth of the great white shark might have out-competed the ancient megalodon shark for food, leading to the megalodon extinction. File/farbeneath.com

The monster shark that used to swim Charleston was so big its jaws could crush a whale like a grape. Good thing it vanished a million years deeper in the past than thought.

But the apparent extinction of the megalodon 3.6 million years ago creates a new mystery for paleontologists — just what happened to it in a time period that other ancient marine species survived?

Robert Boessenecker, a College of Charleston environmental scientist, led a team that recently re-dated the notorious ancient predator based on newly uncovered fossils and a critical look at older findings.

The megalodon was the biggest shark and the biggest predator fish ever known to exist, estimated to have been at least twice as large as the largest great white shark, today's biggest predator fish. Fossils suggest the megalodon could have reached nearly 60 feet in size. Its teeth were as big as an ax head, and its name literally means "big tooth."

The beast was our own. It was so common in the waters that became the South Carolina coastal plain that their teeth are sought by river divers today as trophies and regularly get collected from beaches, shallow beds and gravel pits.

The new research "tells us more about the timing of the extinction (of the shark) and excludes some hypotheses," Boessenecker said.

Among them was a popular but scientifically doubted theory that radiation from a super nova — the explosion of a giant star — led to a mass extinction 2.6 million years ago.

In that time period a vast number of ancient species disappeared.

Weirdly enough, the great white — the mysterious, rarely seen apex predator that is today's largest known predatory fish — might have helped kill off the megalodon.

"It was sufficient time for great white sharks to spread worldwide and out-compete (the megalodon) throughout its range, driving it to extinction instead of radiation from outer space," Boessenecker said.

The finding is the latest in a series led by Boessenecker including research that identified the Wando Whale, an ancient bottlenose dolphin-like creature whose fossils were discovered on that Charleston Harbor river. The whale was a toothless dwarf with a short snout, a suction feeder that likely went extinct when it lost its sea bottom prey.

"Bobby (Boessenecker) has proved himself to be quite a prolific researcher and is doing an awesome job describing our many local fossil specimens in the museum," said Mace Brown, a veteran amateur Mount Pleasant paleontologist who donated the exhaustive fossil collection that launched the college's natural history museum and research center named for him.

"Bobby has been and will continue collaborating with several researchers around the country to describe and unravel the mysteries of the various marine animals that lived in our area in the distant past," Brown said.