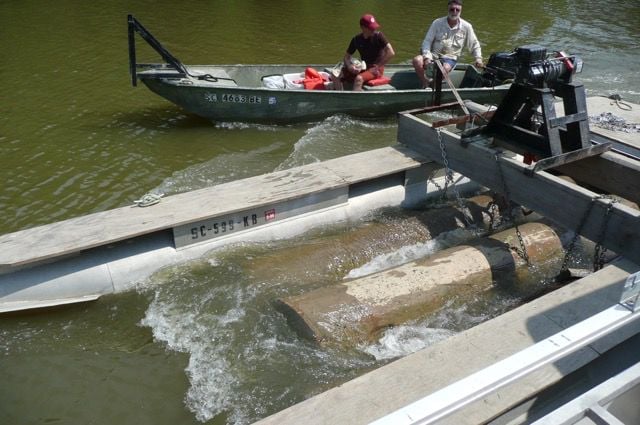 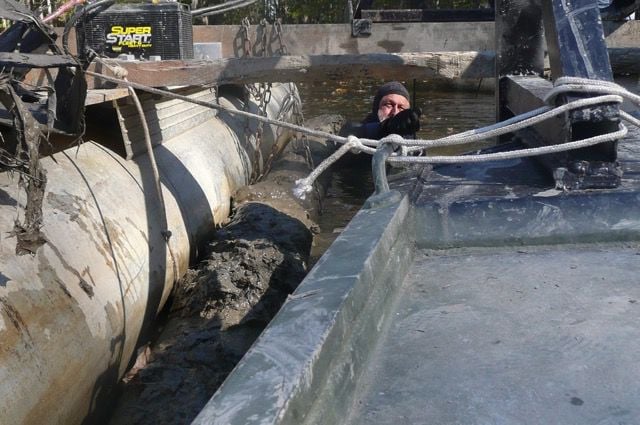 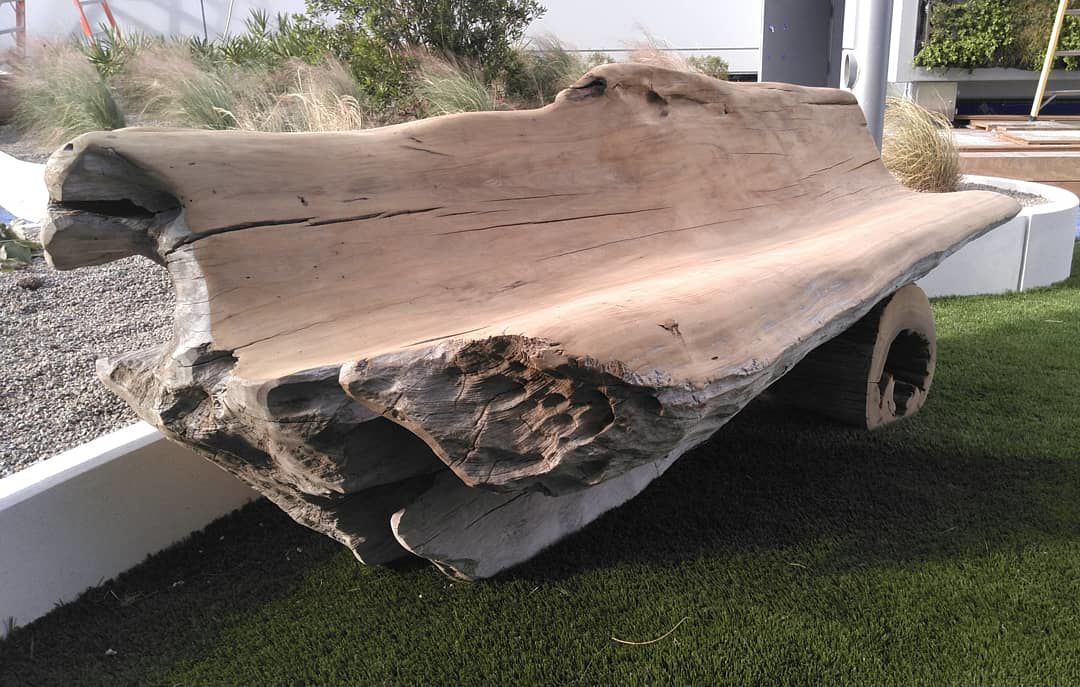 A bench carved out of a sunken virgin cypress log sits on the 7th floor terrace of the new MUSC Children's Hospital. Provided/Justin Herrington

A handful of adventurous divers in South Carolina go looking for underwater treasure — but this valuable haul looks nothing like a shipwreck or buried chest.

Instead, a select group of divers scan the state's blackwater rivers, stained to the color of dark tea by the vegetation they flow through. They're looking for "sinker logs" — raw lumber that's centuries old.

River skull a whale of a discovery

SUMMERVILLE — Up on the riverbank, a park is in the works that could be history itself. Knee-deep in the Ashley River, the curator digs out th…

The hunt is "the dirtiest, hardest, most dangerous thing you can do underwater," said Alec Blalock, who's been scuba diving for 30 years.

"You get this filthy slimy mud all over you. It's unbelievable how nasty you get," Blalock said. "And it’s the most fun thing you've ever done."

Blalock started diving in blackwater rivers like the Lynches, near Bishopville, 30 years ago and eventually started a business leading diving excursions looking for fossils and other artifacts with paying guests.

A friend pushed him toward searching for fallen pine and cypress logs embedded in the bottoms of rivers.

The logs are sometimes lost cargo from the timber industries of centuries ago when harvesters would float their haul down rivers. In other cases the trees simply uprooted, perhaps in a storm, and fell into the waterways.

Blackwater rivers provide an ideal chemical environment to preserve the logs because they're low in oxygen. The virgin cypress trees found in the river bottoms — which often fell in naturally — are rich with a resin that also preserves them.

In the centuries they sat underwater, the logs absorbed whatever minerals and other materials were being carried through the rivers. That's imbued them with a unique strain of colors, ranging from bright reds to earthy greens.

The true and false stories of Anne Bonny, pirate woman of the Caribbean

Justin Herrington, of Born Again Heartwoods, said he once pulled a log from underwater and cut into it only to see a bright yellow core quickly turn green. The wood oxidized in the first fresh air it encountered in at least a century.

Herrington's business is based in Meggett and he primarily dives the Edisto River. He used to dive more often, filling truckloads that were sent out of state, but these days he hangs on to the wood he finds for his own furniture business.

He now sees the rare wood as a unique product of South Carolina and wants to see it stay here as it becomes a bench or table or other fixture.

He's made some items himself for the new children's hospital run by the Medical University of South Carolina, including a table that will be the centerpiece of a 6th floor meeting room and two benches on a 7th floor terrace.

With the benches, he chose to retain the twisted shape of the trees' root balls, carving just enough out of the center to make a place to sit.

Blalock doesn't make furniture but he has started sending the logs he's found to a group of local artisans once they're milled and dried. He now displays their work for sale in the Swamp Log Artisans' Gallery in Bishopville.

"The backbone of this store is wood objects made from the lumber we have recovered from South Carolina rivers," Blalock said.