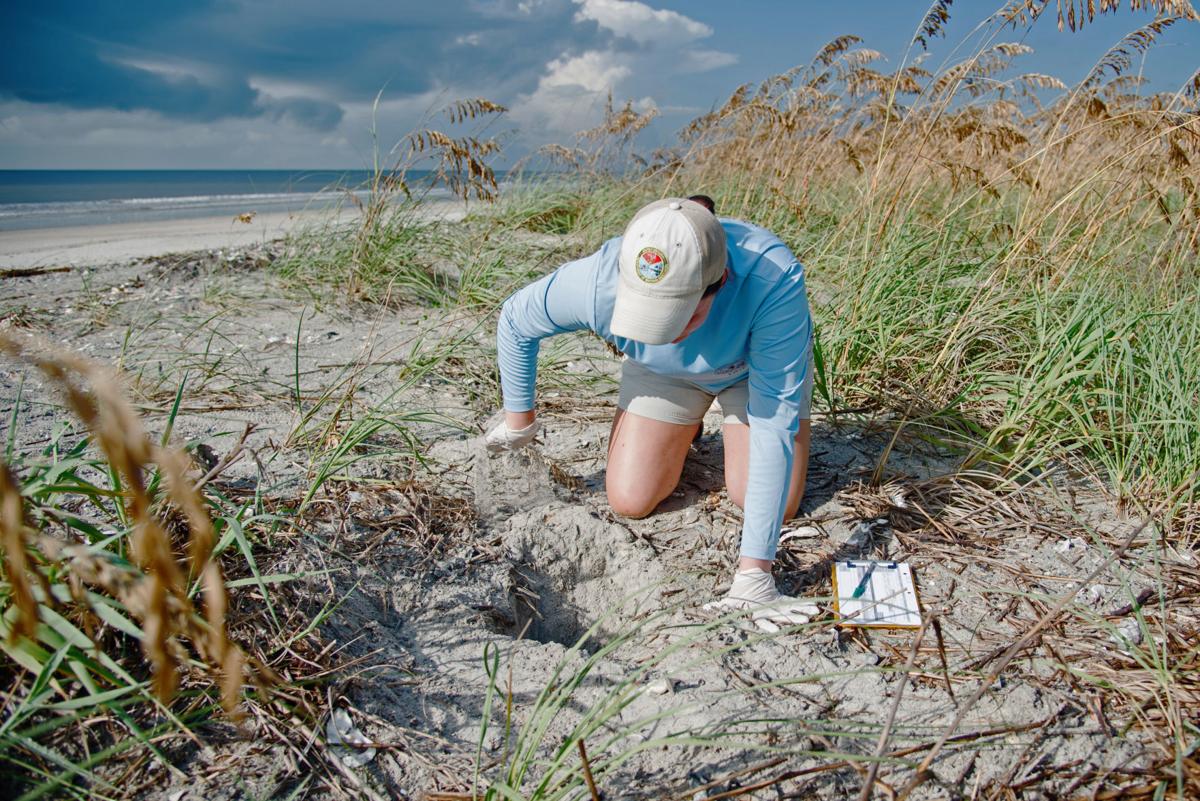 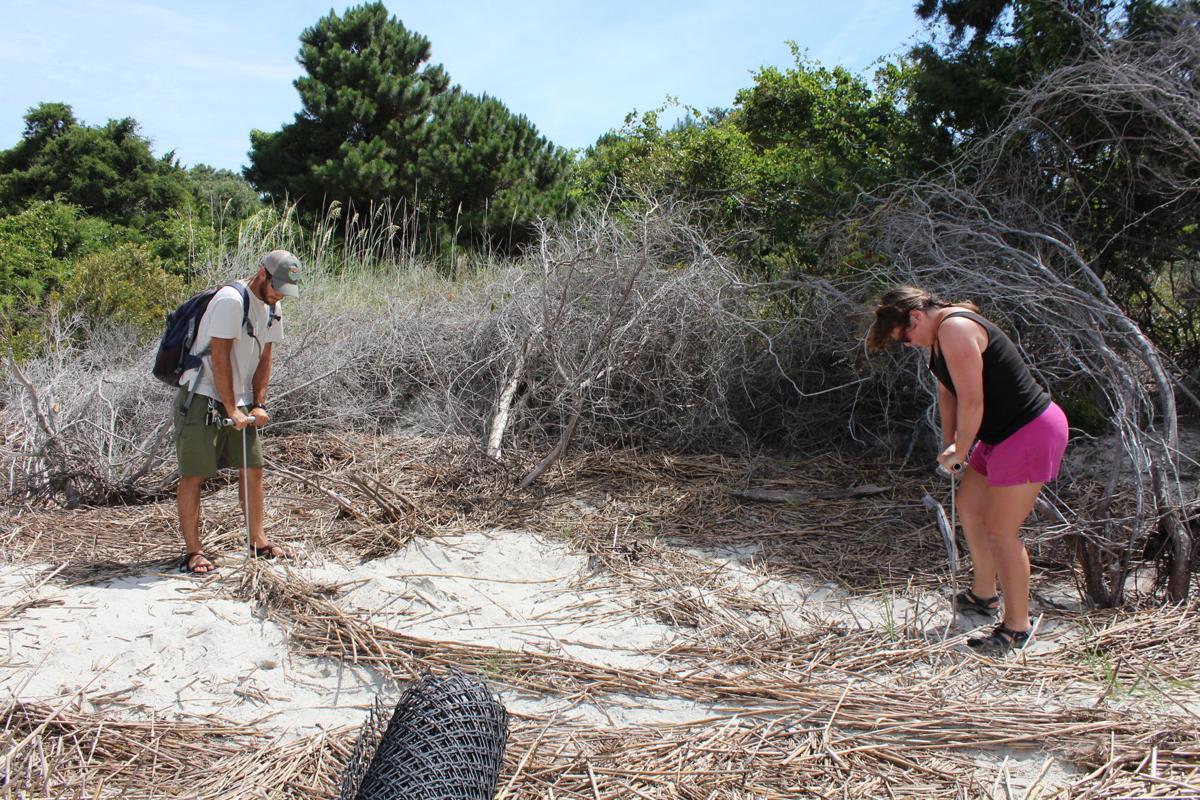 On remote Otter Island, searching for a sea turtle nest can be delicate work. Provided by Erin Weeks/SCDNR 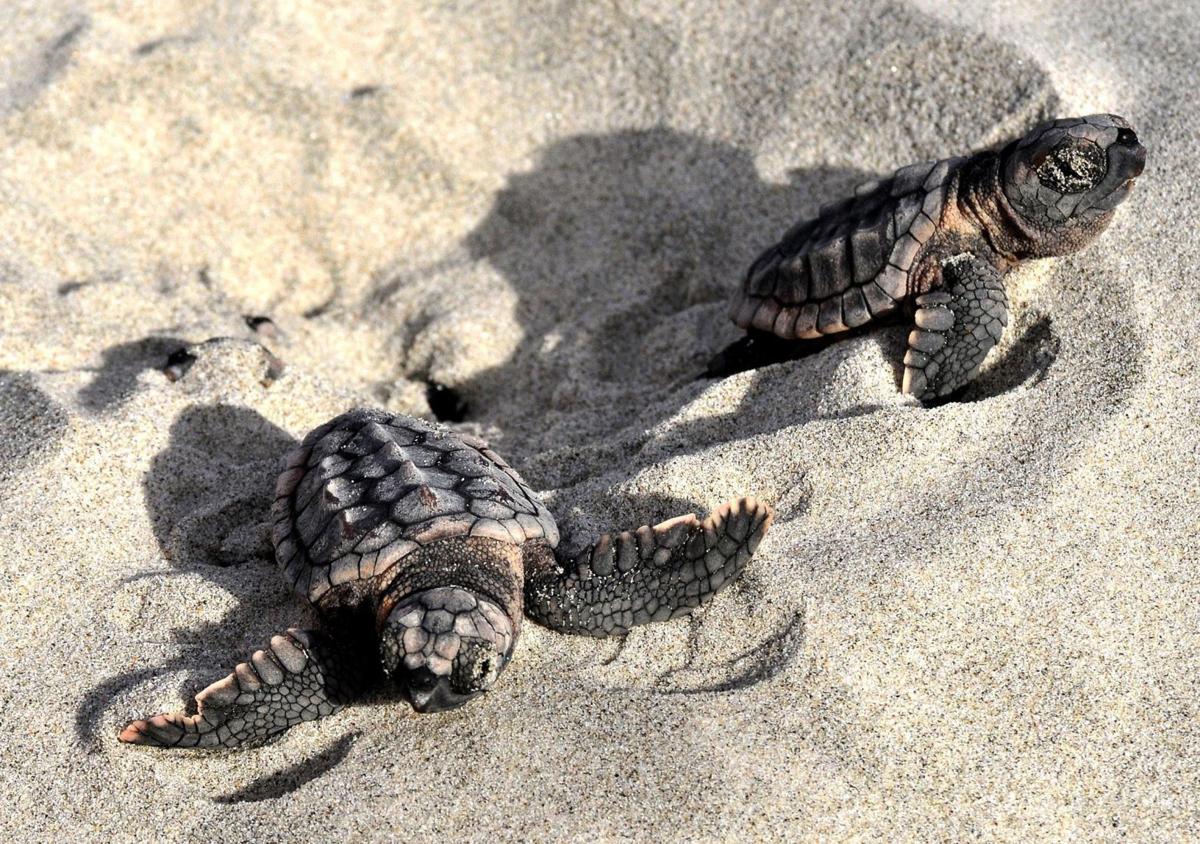 Sea turtles hatchling sex and survival rates change as the sands they nest in get warmer. Loggerheads are beloved totem of the South Carolina coast. File/Barb Bergwerf/Provided 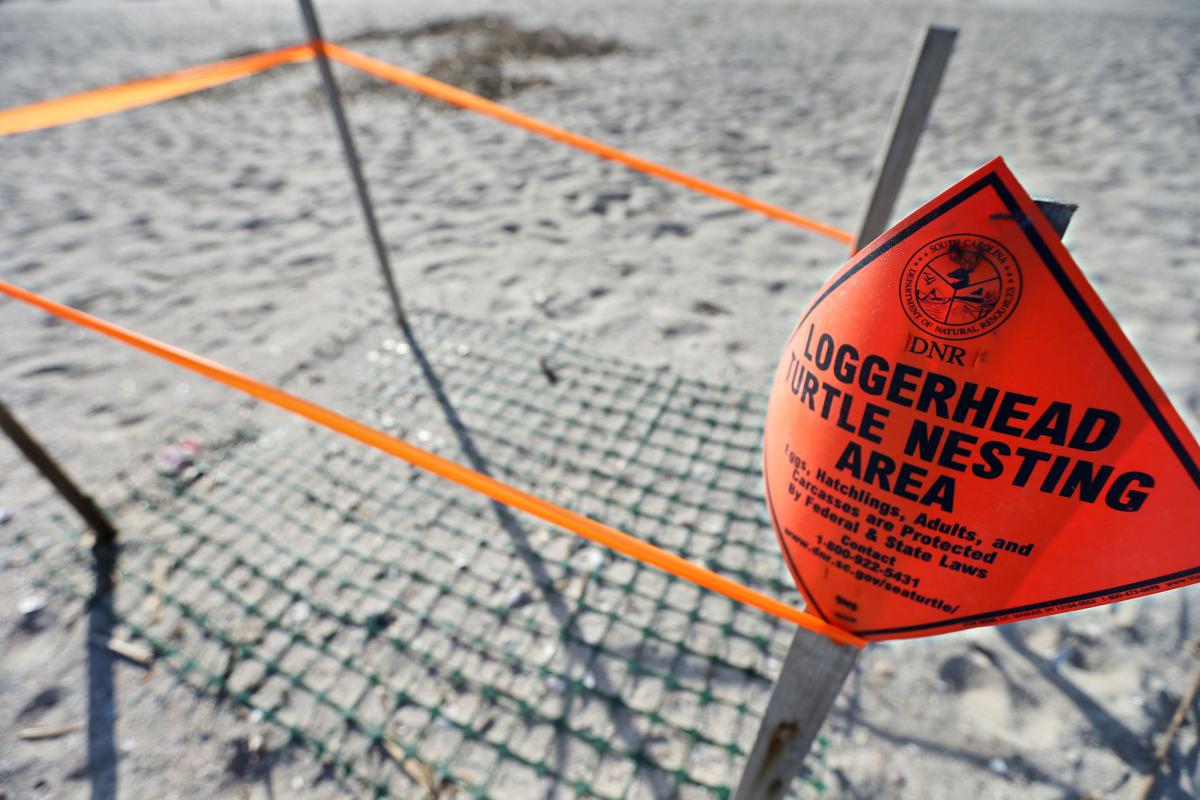 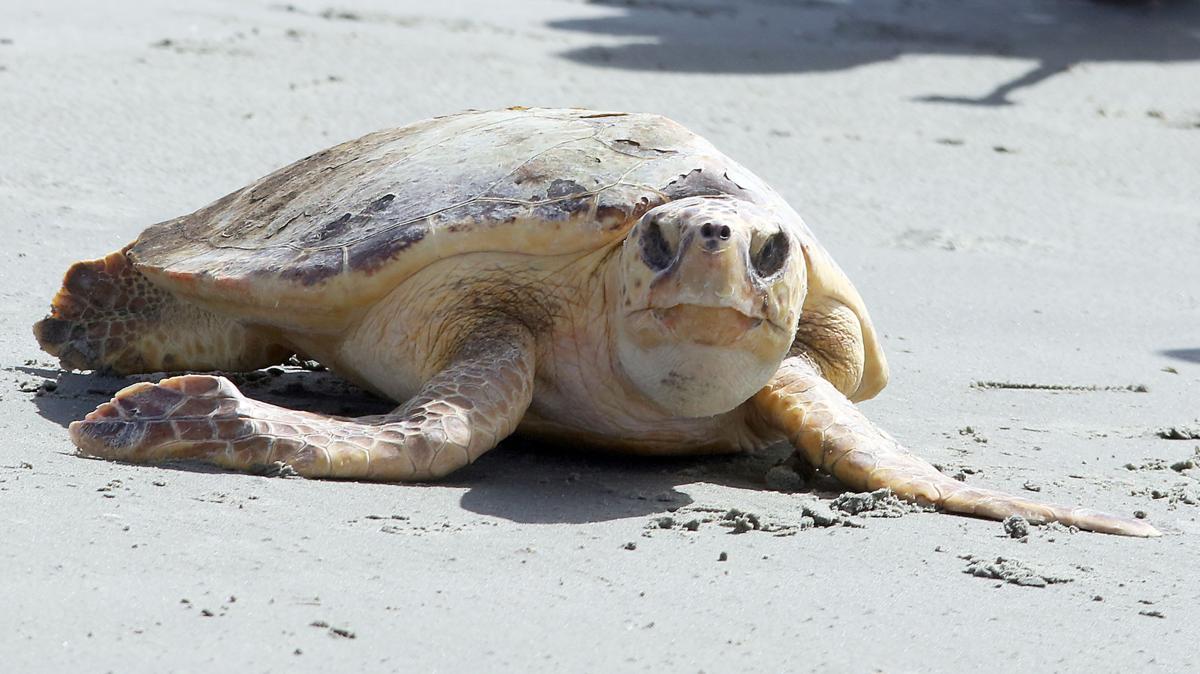 Caldwell, a 45-pound loggerhead sea turtle, made his way back to the ocean last fall after being successfully treated at the Sea Turtle Care Center. File/Brad Nettles/Staff

Sea turtles hatchling sex and survival rates change as the sands they nest in get warmer. Loggerheads are beloved totem of the South Carolina coast. File/Barb Bergwerf/Provided

Caldwell, a 45-pound loggerhead sea turtle, made his way back to the ocean last fall after being successfully treated at the Sea Turtle Care Center. File/Brad Nettles/Staff

The recovering loggerhead sea turtle is returning to pack a crowded beach party.

More and more turtles are coming in to nest in recent years — evidently females born in the 1980s when nest protection was getting underway by the S.C. Department of Natural Resources.

This year is shaping up to be another banner, if not record, nesting year with more than 4,300 nests laid already. And nesting is still in its peak weeks: The first hatchlings will begin to scramble out of the sand in the next week or two.

The nesting females already must contend with beaches getting more crowded with humans each year. The sheer numbers of female turtles that might be out there suggests a wilder prospect: Thousands more nests could soon jam the beaches.

The loggerhead is a 300-pound, 3-foot-long mammoth that crawls into the dunes each spring to lay eggs in nests that will hatch over the summer.

When they were put on the federal endangered species list, the numbers of Atlantic nesting loggerheads generally were thought to be in a gradual decline.

Be on the lookout for these seven iconic South Carolina critters

South Carolina, however, has been a leader in the recovery work, and nesting numbers are back in the thousands in recent years. That suggests the loggerhead has turned the corner on this coast.

For the past decade or so, the nesting has shown a consistent trend of nesting numbers improving, the low nesting year numbers getting higher as well as the high year numbers, Hope said.

"Our low years (numbers) look like our regular years in the '90s," she said.

It takes a loggerhead about 30 years to mature: That suggests the 1980s hatchlings are starting to come in as adults.

'How nice it would be'

"This year, so far, has been amazing for nesting," said Sally Murphy, the retired DNR biologist who galvanized the nest protection effort that has led to volunteer groups across the coast. She also led advances such has the sea turtle-stranding network and turtle excluding devices in fishing nets.

Yet, the loggerheads are now laying nests on beaches more crowded than ever.

The Charleston-North Charleston metro area is growing by leaps and bounds — 16 percent in the past eight years alone — and is now more than 775,000 people. On top of that the region continue to draw more "drive market" visitors from as far as Atlanta, as any weekend drive along Interstate 26 demonstrates.

They're coming in no small part because of the beaches and that can create problems for the popular loggerheads. Folly Beach alone has had more than 80 nests laid so far this year, but 65 "false crawls," when the turtle came ashore but turned back.

"While female sea turtles typically nest at night, with the increased pace of nesting this spring and warm water temperatures, we’ve seen a higher number of females coming ashore at dusk, dawn, and even during the day," said Erin Weeks, DNR spokeswoman.

"There have been multiple instances recently of individuals getting too close to females coming ashore in an attempt to take pictures, causing them (the turtles) to turn around," she said.

If people leave alone the turtles and their nests, as well as dim beach lights at night — because artificial light confuses hatchlings who orient by light off the water, there's still plenty of room for mom and the kids.

Research has shown that nesting loggerheads don't insist on the particular stretch of beach they hatched, as once was thought. A turtle nesting here can also nest in Georgia or North Carolina, Murphy said.

"I don’t think we are anywhere near running out of nesting beaches in the three states," she said. "And how nice it would be to have people really have a chance of seeing a nesting turtle or hatchlings emerge instead of waiting for hours on the beach and not see any turtles."

A lark of a student project in 1972 was maybe the most striking of a number of impromptu beachgoer efforts that evolved into the loggerhead sea turtle nesting patrols. Those patrols are the hands-on heroes of a remarkable recovery.