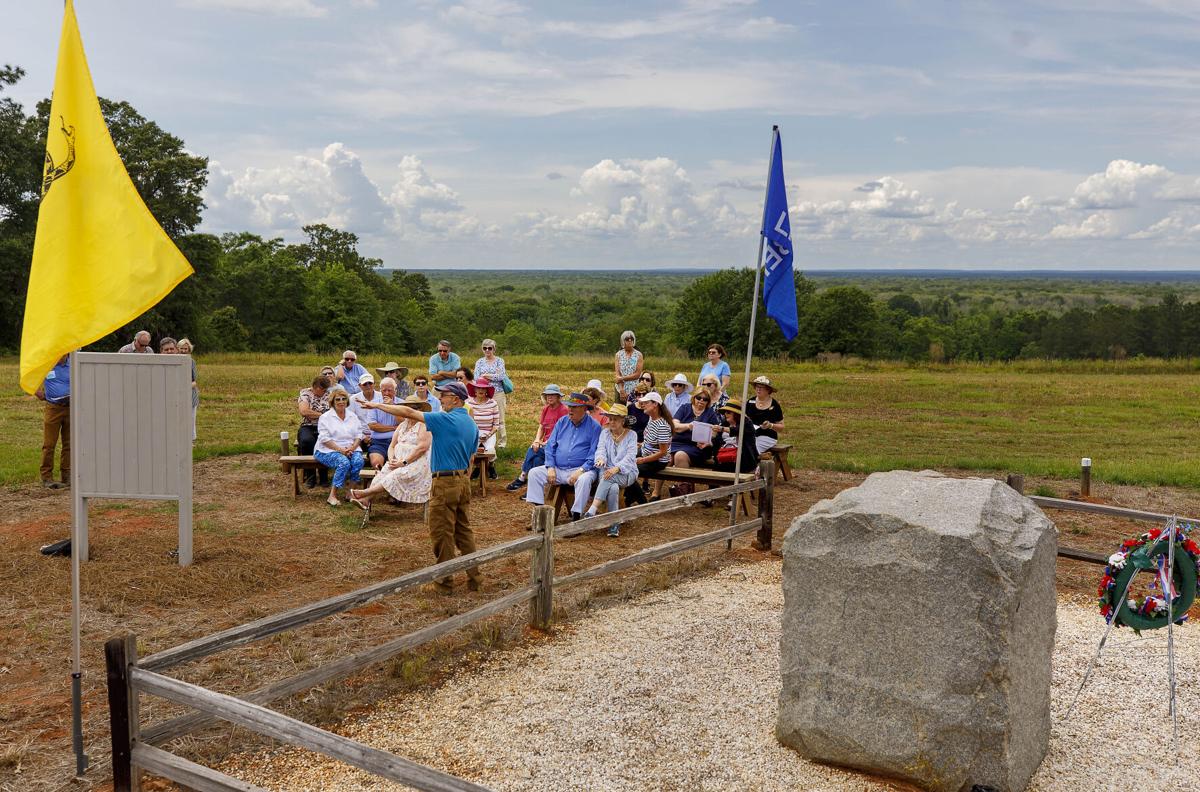 Archaeologist Steven Smith, from the University of South Carolina, discusses Revolutionary War Battle of Fort Motte Sunday, May 15, 2022, in St. Matthews. The stone marker, resting atop the bluff above the Congaree River marks the home of Rebecca Motte, that was taken by the British. Grace Beahm Alford/Staff 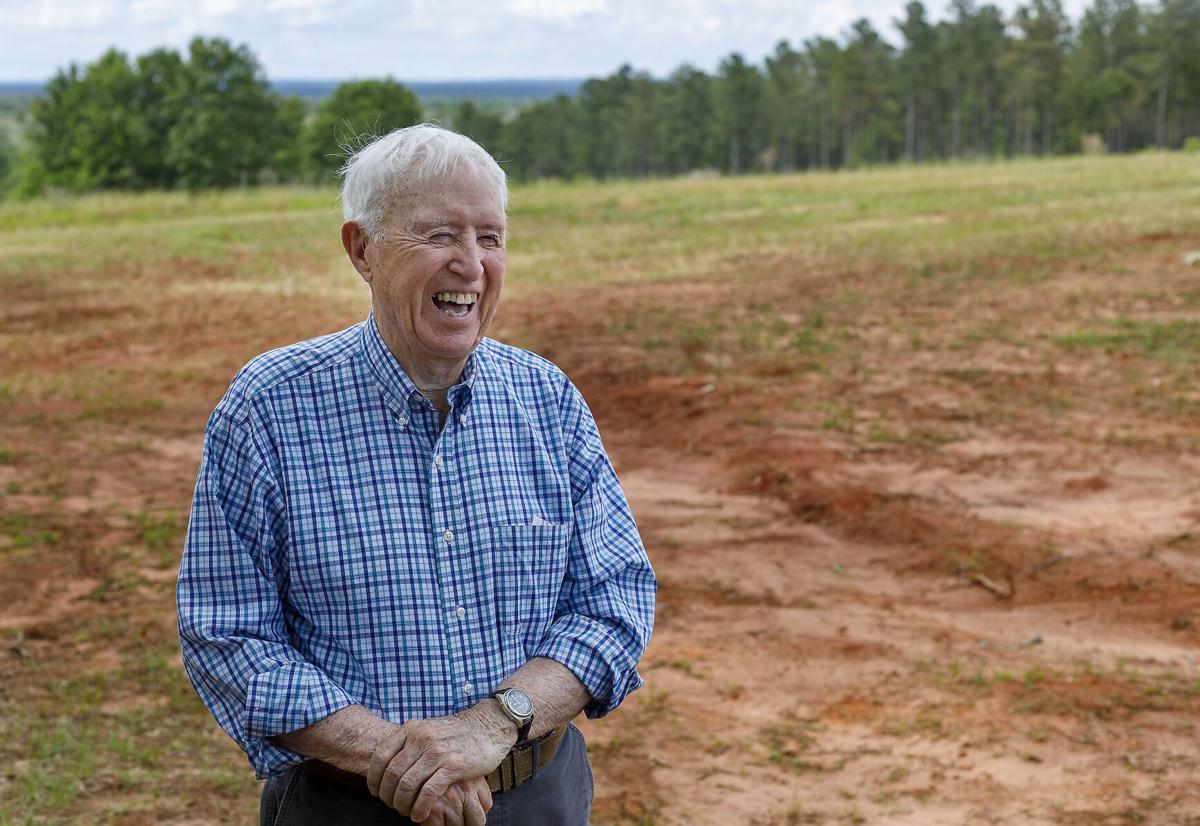 Luther Wannamaker invited visitors to his land which was the site of the Battle of Fort Motte Sunday, May 15, 2022, in St. Matthews. Grace Beahm Alford/Staff 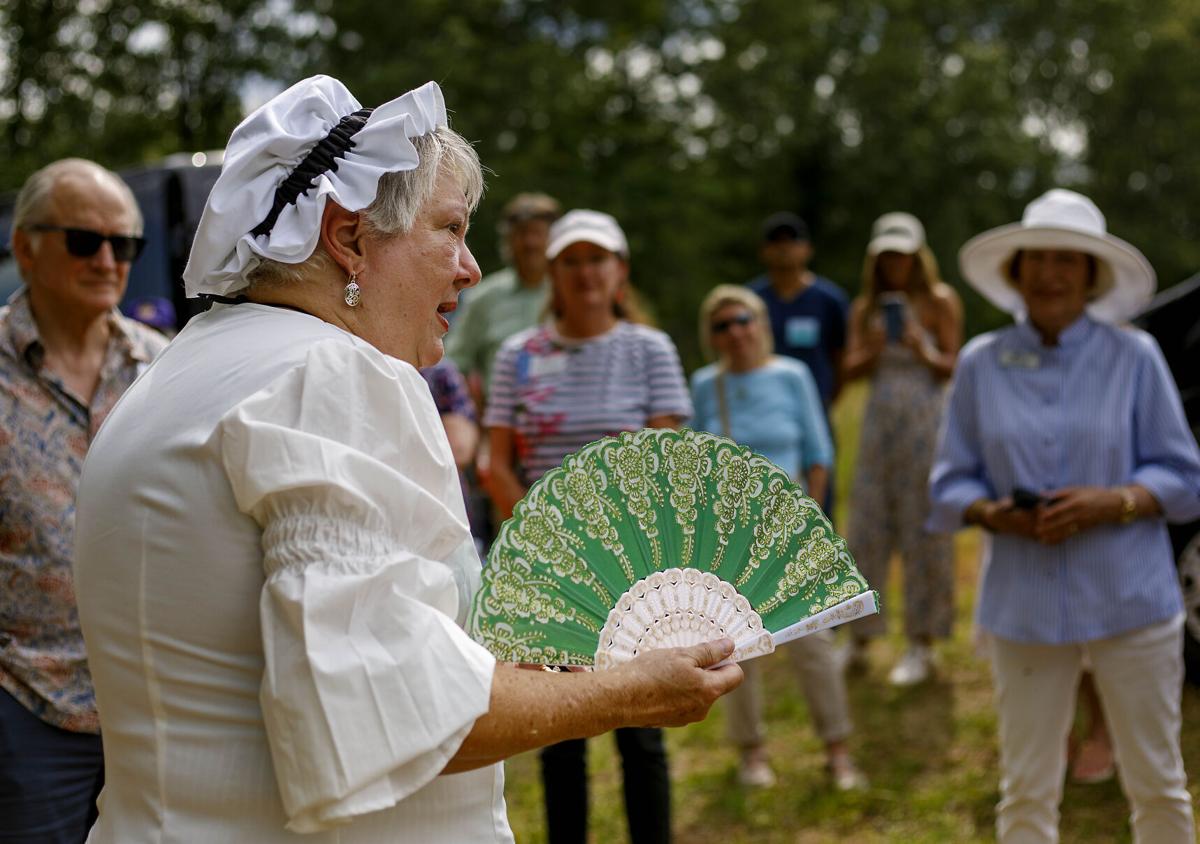 Reta Westbury, member the Daughters of the American Revolution, discusses the history of Rebecca Motte as visitors explore the site of the Battle of Fort Motte Sunday, May 15, 2022, in St. Matthews. Grace Beahm Alford/Staff 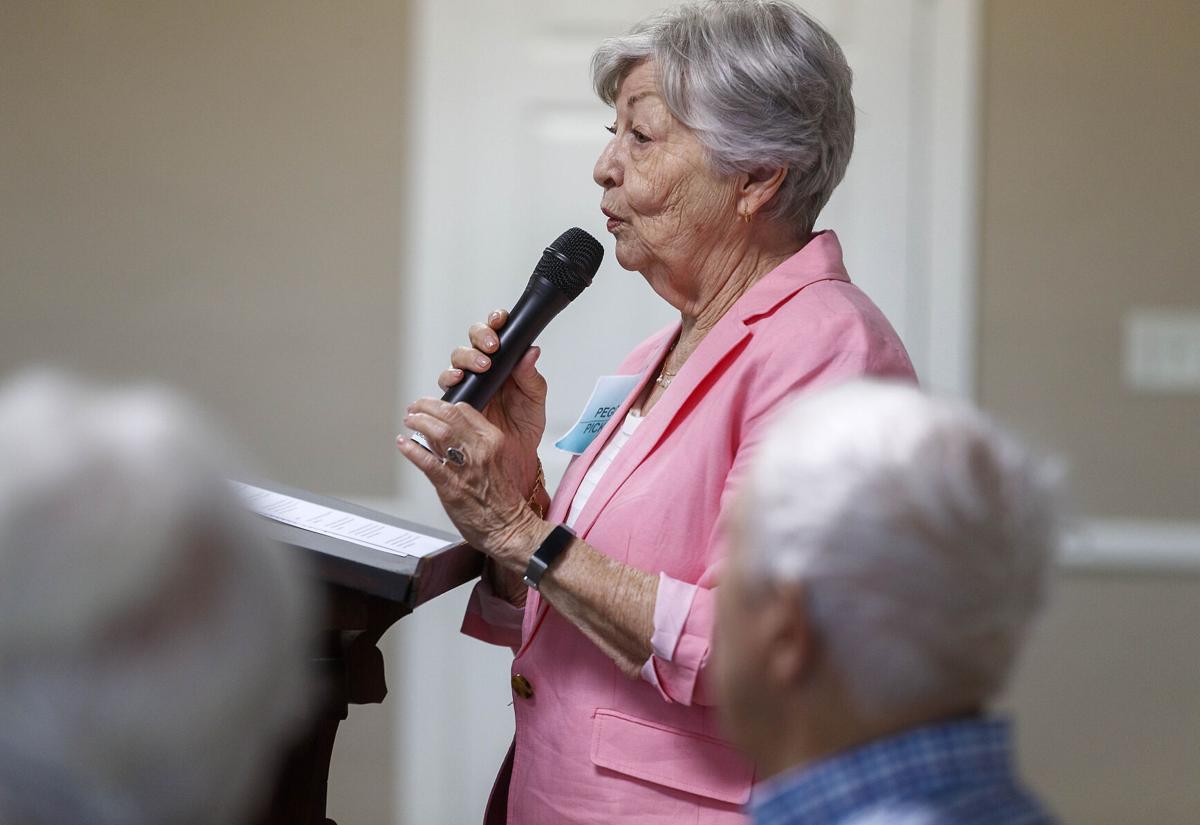 FORT MOTTE — Lovers of history gathered at a hilltop near the Congaree River to remember a Revolutionary War battle that might have turned on one woman's sense of patriotism and sacrifice.

The gathering in Calhoun County on May 15 focused on the Battle of Fort Motte when a British-held fortified home, which held key supplies for their campaign to subdue inland South Carolina, was taken by Patriot troops.

The newly built home belonged to Rebecca Motte, who had been displaced just before the battle in May 1781. Motte not only told Patriot forces that they had permission to set fire to her home to smoke the British out, but she even provided metal arrows that could help set it ablaze.

Why quakes keep rumbling in Columbia after 7 more tremors: 'When it will stop is unknown'

British troops, seeing the house afire, were forced to surrender but managed to douse the flames before the home was destroyed.

Motte's stance was in line with her long support for the American Revolution and typified how Patriot women were eager to help where they could, said Margaret F. Pickett, author of a soon-to-be-published book, "Rebecca Brewton Motte: American Patriot and Successful Rice Planter."

“These were women who wanted to serve their country, and when an opportunity presented itself, they were going to take advantage of it," Pickett said.

About 150 people heard from Pickett and archaeologists about the history that has been uncovered at the privately owned site and the significance of the victory there.

One year before the battle, the British captured Charleston and Camden, giving them strong bases on South Carolina's coast and inland. Motte, recently widowed, moved her family from occupied Charleston to land she had inherited overlooking the Congaree.

A series of Patriot victories across the state, including at Fort Motte, would weaken British control in the months before George Washington's victory at Yorktown in Virginia would ensure independence.

The many battlefields of the American Revolution in South Carolina are opportunities to tell the stories of the patriotism of the country's founders, men and women, Culbertson said.

Women had to keep families together and run farms while men were off at battle, she said.

The battle site now is an open field with a historical marker; the house burned down in the first few decades after the war.

Archaeological digs there have unearthed hundreds of items that tell the story of the battle, including musket ammunition and a fire arrow, the type of projectile that might have been responsible for the fortified house catching fire.

Digs at the site have unearthed everything from the configuration of the house and its British-built walls to the location of Patriot trenches, dug to safely get troops close enough to attack the defenses, said Steven Smith, a University of South Carolina archaeology professor.

Sources from the time and archeological research have created a much more detailed picture of the events of the siege and battle, Smith said.

Luther Wannamaker, whose family has owned the land where the house once stood for the past century, said they had refused requests to develop the property and instead cleaned up the site.

“When I came here, that monument was on its side,” Wannamaker said.

He has preserved it and invited Smith to do archeological research as part of his own curiosity.

“What I’m into is learning the truth about history,” he said.

The immediate aftermath of the surrender of the house by British forces in May 1781 shows how the American Revolution was both a courtly affair and sometimes a brutal civil war.

To show her hospitality, Motte hosted a dinner for both British and American officers at the nearby house where she had taken shelter after being evicted.

The cordial meal was interrupted by news: the Patriot forces had hanged three Loyalists — Americans who fought for the British — near the battle site.