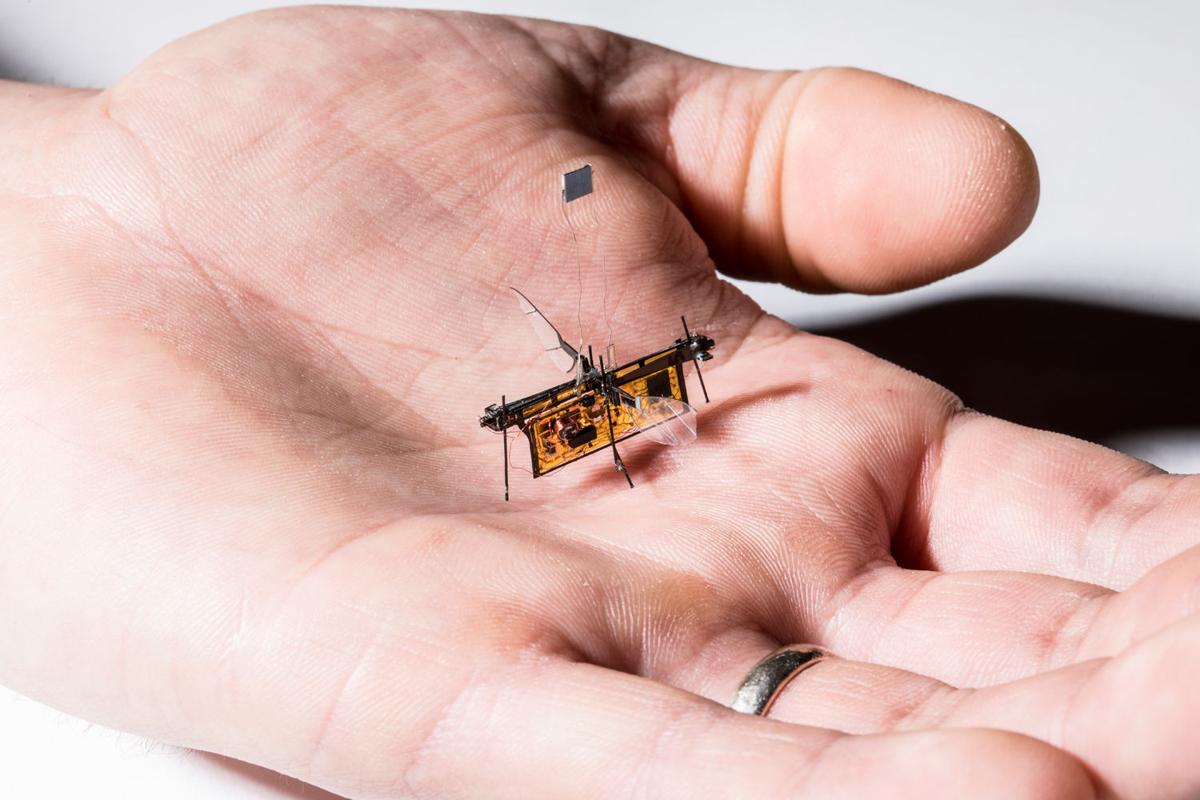 Crop growing could be monitored by RoboFlys, an insect-sized drone that flaps wings like a fly and is about as light as a toothpick. Mark Stone/University of Washington/Provided 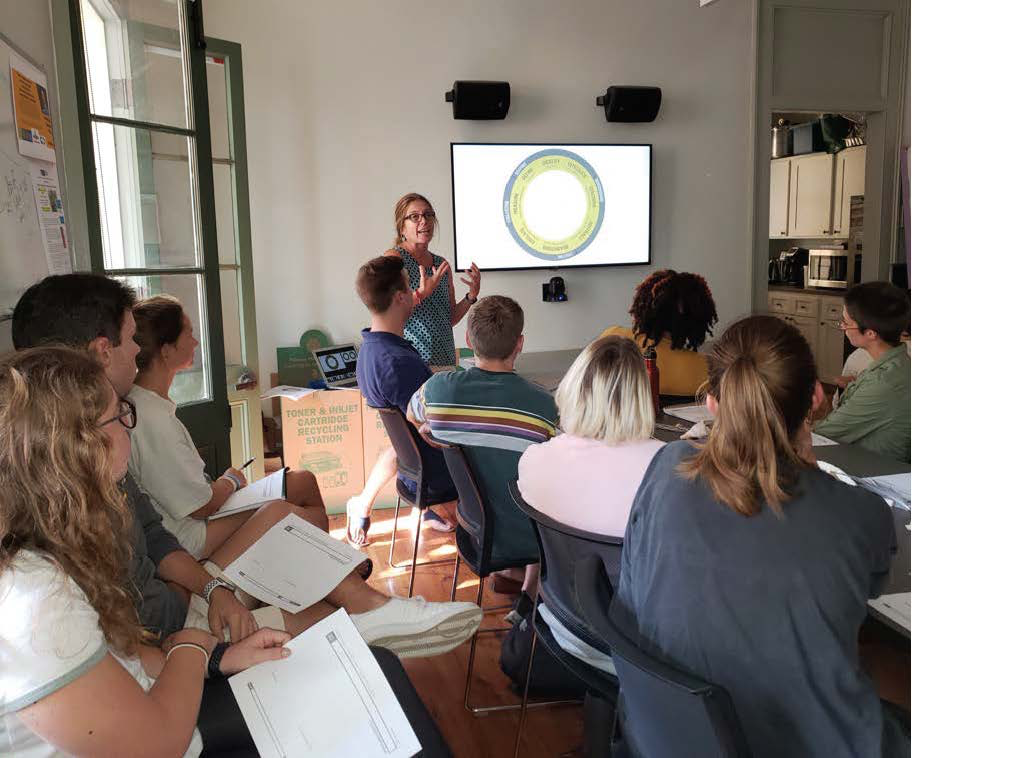 College of Charleston Prof. Deb Bidwell leads a class in biomimicry, the science of studying animals for design and life problem solutions. Provided 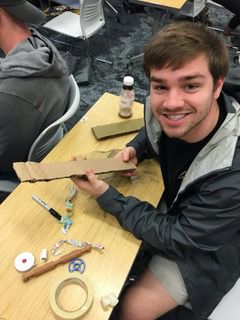 That's not a joke. It's the future.

Biomimicry research teams are forming across South Carolina, the country and the world. The science learns from plants and animals how to build things in our lives more efficiently. Bidwell is a College of Charleston professor and one of the researchers.

Work by teams like hers could lead to advances such as buildings that flex like palmetto trees in hurricane winds.

Virus-killing robot could save lives in hospitals

Plus, she's teaching 12 teams this semester of students with majors as diverse as urban studies, entrepreneurship and biology. They draw on that pooled knowledge to seek solutions to Charleston-focused problems as varied as systemic racism, sustainable development and microplastics.

Biomimicry is cutting-edge interdisciplinary "think tank" stuff that brings together specialists who traditionally wouldn't have worked alongside one another. The 20-person team Bidwell is part of includes experts from across the world in fields as diverse as science, architecture, marketing, data, art and invention, farming, economics, engineering and the military.

The groups determine how and why various organisms do what they do to survive so humans can design structures and machines using that secret.

"The art of asking nature for advice," Bidwell said.

There is lots of precedent. Velcro was inspired by burrs a Swiss engineer pulled from his dog's fur. Needle-nosed high-speed Japanese trains were designed from a kingfisher's pointed bill. The holograms on paper money are based on butterfly wings.

Natural systems have had 3.8 billion years of refinement to achieve sustainable designs, and human copycatting is nothing new. It's been done for centuries: Silk weaving is a classic example.

One of Bidwell's teams has been tasked with reducing the number of fatal bat collisions with wind-power turbine blades. Bats eat insects. Insects, it turns out, are attracted by heat. Friction from the spinning blades builds up heat.

The team went at the challenge from different directions, designing prototypes of a blade with a scalloped front edge like humpback whale flippers to reduce friction.

To channel away heat, they studied plants like cactus and fronds and animals including the penguin and toucans.

Then they focused on polar bears.

The translucent fur of the bear operates like a solar collector and conductor, trapping heat and transmitting it to the animal's heat-retentive black skin. The bear is essentially its own heat pump. Designing a collection system like that on a wind turbine could generate even more electric energy while it cools the blades.

At Clemson University, biology professor Richard Blob is working with a team studying why turtles have ridges along the sides of their shells that look like keels. A keel keeps a boat stable. On a turtle, the ridges don't and they slow down its swimming.

"They must have them for a different reason than improving their swimming performance," Blob said. "Two possibilities are that it makes them taller, so they are harder to fit in the mouth of a predator. Or, possibly, it may make it easier for these turtles to recognize other members of the same species for breeding."

His team also studies gobies — fish that have suction discs on their bellies to climb waterfalls. That could lead to better designs or adhesives to use in high pressure circumstances, such as fast moving water.

The most far-reaching effect of biomimicry, though, might be its subtlety. The multidisciplinary team approach could change how not-always-so-collaborative fields operate — such as research, education and economies.

If you hear a gobble, thank these 2 guys

In Bidwell's classes students come up with their own projects, then design and build prototypes. Senior Fiona Lewis' team is designing a garden in spiraling tiers of connected, hexagonal pots to make the best use of sunlight and water for the various plants, as well as the easiest maintenance.

"Ideally you would water them from the top to get the water (properly) distributed," she said. The team is drawing from aerating animals such as fiddler crabs and how plants end up layered in a deciduous forest to take advantage of sun and shade. The hexagonal design is based on bee hives.

"The emphasis is on family (gardens), people who don't have access to fresh, healthy foods," she said.

Lewis will present the project this spring in place of a bachelor's degree essay required for the honors college degree. She took the course because it was action-oriented rather than study.

"It's not just talking about what could happen. It's actually making things happen," she said. "I've been surprised by how many ideas you can get from one organism to fuel a project."