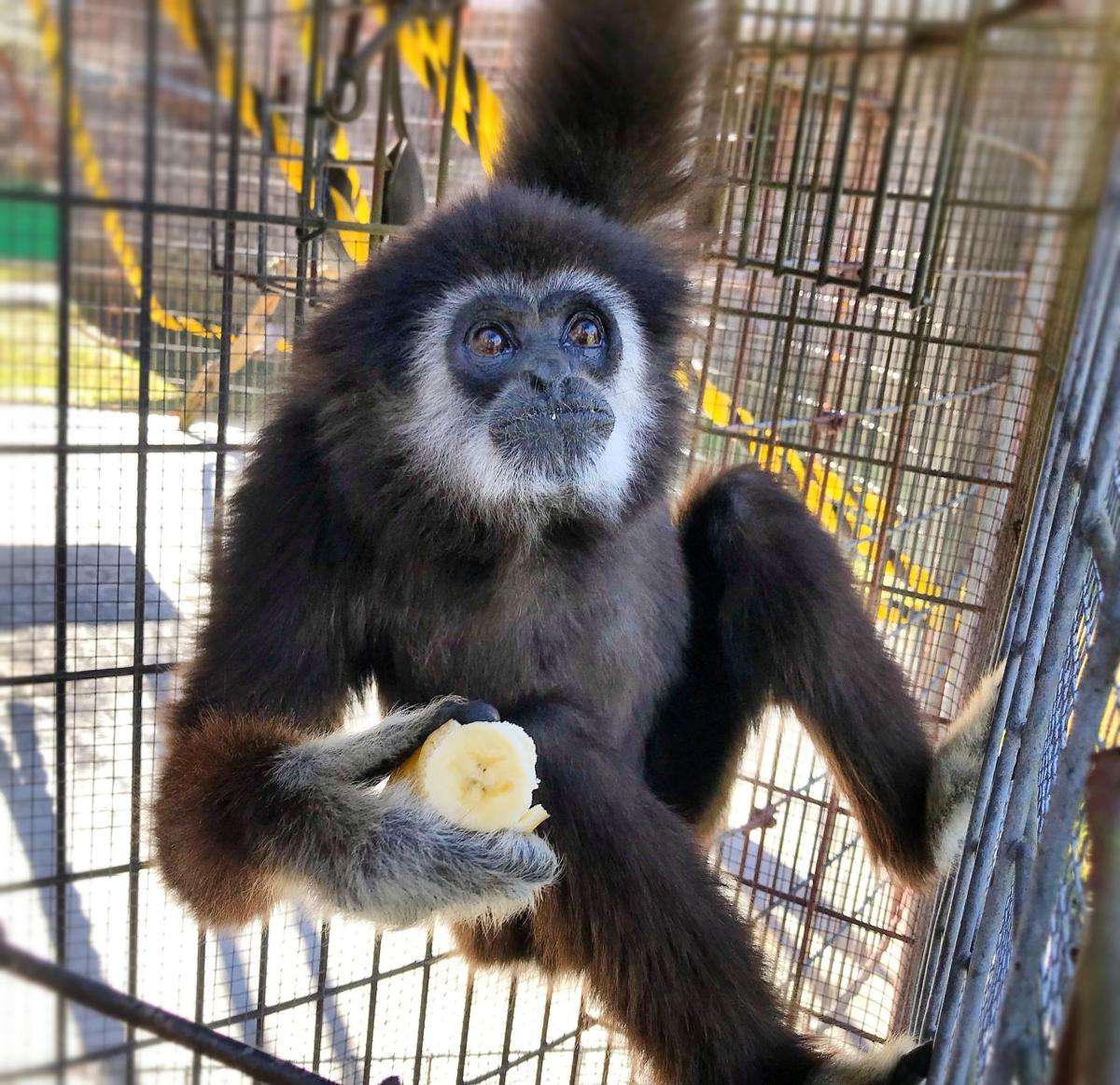 Blackie, a gibbon who lived at the International Primate Protection League in Summerville, was one of the oldest gibbons in the world before he died earlier this year. 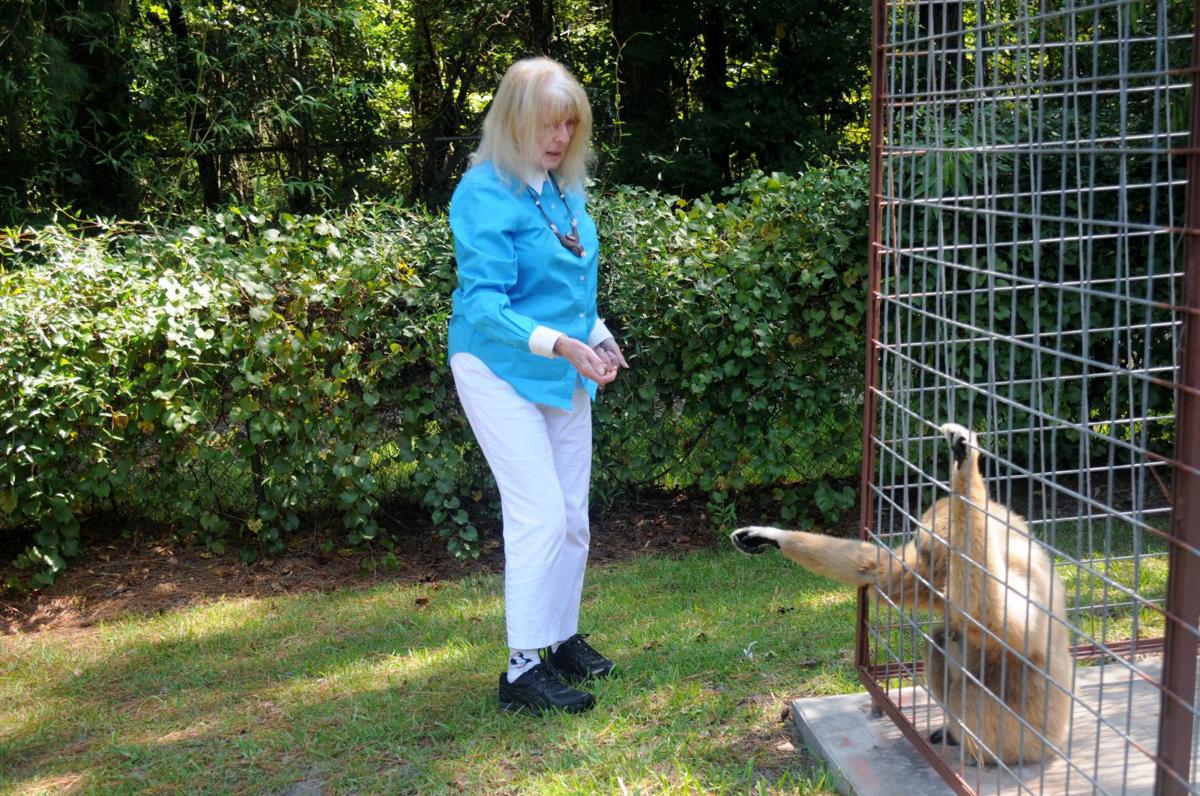 Shirley McGreal feeds grapes to one of the gibbons at the Summerville sanctuary in 2017. File/Journal-Scene/Provided

An animal sanctuary near Summerville that cares for gibbons has joined a lawsuit against the federal government that claims monkeys and other primates aren't being well cared for during their use in research.

The International Primate Protection League has joined the New England Anti-Vivisection Society and the Animal Legal Defense Fund in the suit against the U.S. Department of Agriculture.

"We are concerned for the well-being of research primates because nonhuman primates are so similar to human primates," said Shirley McGreal, the league's founder and a board member.

"It is hard for them to sit in small cages for days, months or years on end," she added.

McGreal said if humans were kept in similar conditions, they would go insane.

"The monkeys, who have done no harm to anyone, often have less space than humans incarcerated for abominable crimes," she said. "Their intelligent and inquiring minds need things to do. They need to have space to move around in."

The Agriculture Department declined to comment about a matter under litigation, spokesman Richard Bell said.

The lawsuit alleges the department has unreasonably delayed the group's petition for rules governing the animals' treatment. It further calls on the agency to respond to the petition, award attorneys fees and potentially other damages.

Only one facility operating in South Carolina is on the USDA list of active holders of research primates, Alpha Genesis Inc., which raises monkeys for labs.

The facility in Beaufort County near Yemassee has drawn criticism from animal rights groups and has been fined by the USDA for violations concerning how it handles the animals.

According to the latest filing, done in March of this year, the facility housed 390 animals.

The Summerville league is a low-key but influential player worldwide in the protection of the animals closest to man, working with primate conservationists and sanctuaries. The league headquarters in Dorchester County outside Summerville is perhaps best known for its gibbon sanctuary, which now holds about three dozen rescued animals.

Gibbons are long-armed, gracefully swinging Asian primates with reverberating, singsong whooping calls. They swing and somersault like trapeze artists on the wiring and ropes in their high ceiling cages. They scamper from spot to spot along wire mesh runs.

They are so mischievous that anyone who strays too close to the chicken wire could have hair pulled or glasses snatched.

The sanctuary is a private facility run for the animals and not open to the public.