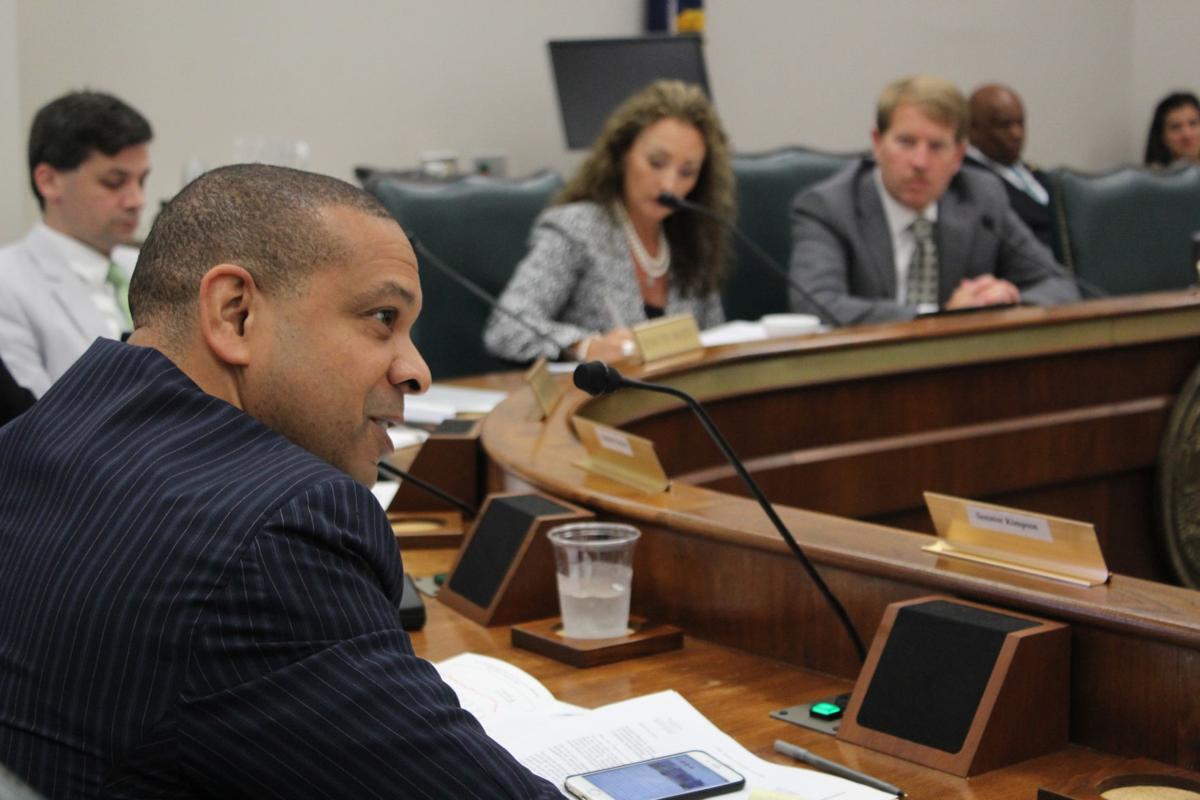 Sen. Marlon Kimpson, D-Charleston, plans to prefile a bill in January that will allow colleges to pay athletes. File/Staff 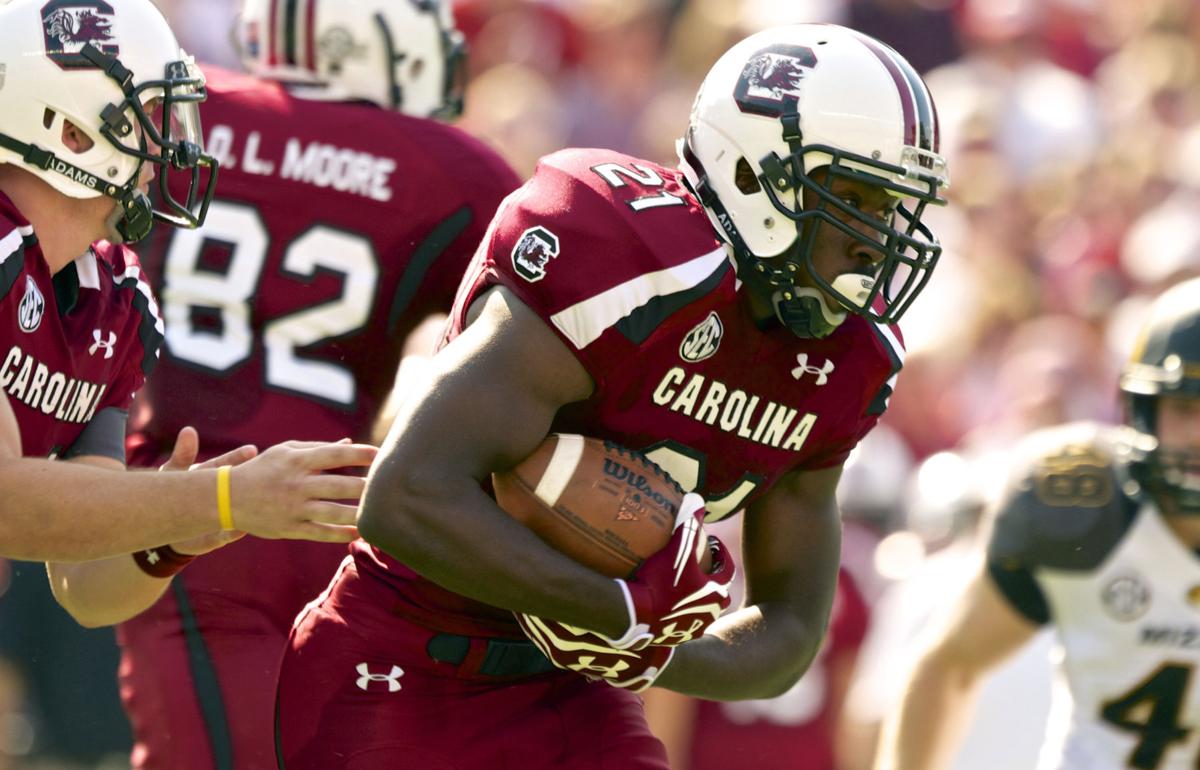 Marcus Lattimore rushed for 38 touchdowns during his career as a running back at South Carolina. File/AP

A South Carolina lawmaker advocated for student-athletes in college to get paid long before California's governor signed a law Monday that requires it.

Sen. Marlon Kimpson, a Charleston Democrat, first filed a bill in December 2014 that called for college athletes to be paid, and is planning to reintroduce the legislation in January ahead of the 2020 session. The new version will add language for athletes to receive money for the usage of their names and likenesses.

For Kimpson, the issue is about fairness and taking care of athletes. He said the impetus for him was seeing what happened to former South Carolina football star Marcus Lattimore.

Lattimore was one of the top college running backs in the nation and destined for NFL stardom. He was the face of the Gamecock football team and USC football jerseys with his name on the back were sold everywhere. But his future was derailed in October 2012 when he tore every ligament in his right knee during a game against Tennessee at Williams-Brice Stadium in Columbia.

“I saw him carry that football team on his back and not get paid for any of it,” Kimpson said. “He boosted commerce and commercial sales associated with the city of Columbia, as well as merchandise sales, tickets and memorabilia.”

Lattimore's college career was over and he had a short stint with the NFL's San Francisco 49ers before leaving the game for good in 2014.

Lattimore's story motivated Kimpson to propose a bill in 2014 that would allow student-athletes in South Carolina to earn hourly wages for their time in games and practices.

Under the bill, athletes would also earn $5,000 for each year they participate in their sport while maintaining good academic standing. Those dollars would go into a trust and be awarded in a lump sum (capped at $25,000) after they graduate.

Kimpson's new version of the bill includes all of that, along with new language that would allow players to receive compensation from third parties for the use of their names and likenesses.

The initial attempt in 2015, and the first reintroduction in 2018, resulted in nothing more than a hearing.  Kimpson is optimistic this time around that he can get support from Republicans and Democrats.

“If conservatives truly believe in the market, they should appreciate the property rights of individuals and earning compensation for the use of your image and name,” he said.

In a phone interview with The Post and Courier, Peeler said his tweet was meant to be a conversation starter. He’s leaning toward some type of compensation but he needs to see what type of legislation would make sense.

“The devil will be in the details,” he said. “But I don’t think we’re that far down the road on this, so it’s something that needs to be addressed.”

California vs the NCAA

California on Monday signed into law a bill that allows college athletes to earn money for the use of their likenesses, sign endorsement deals and hire agents.

California Gov. Gavin Newsom said college athletes should be paid for putting their physical health and future careers on the line for their schools.

“Colleges reap billions from these student-athletes' sacrifices and success but, in the same breath, block them from earning a single dollar,” he said in a statement Monday. “That's a bankrupt model — one that puts institutions ahead of the students they are supposed to serve. It needs to be disrupted.”

The NCAA on Sept. 11 sent a letter to Newsome stating the California bill is unconstitutional and would make collegiate sports unfair for the students.

“Unfortunately, this new law already is creating confusion for current and future student-athletes, coaches, administrators and campuses, and not just in California,” the NCAA wrote.

NCAA to pay $5.3 million to state's Division I schools for student-athlete welfare

Andy Abrams, a sports law professor at the Charleston School of Law and former athletic director at the College of Charleston, said the dispute between the NCAA and California is just the beginning.

While California won’t allow schools to stop students from seeking endorsements and receiving compensation, the NCAA forbids it.

He said California, along with other states, will have to sit down with the NCAA and reach an agreement, whether it involves a federal law that all states would follow or the NCAA revising its rules.

Either way, Abrams is in support of students being compensated for their efforts. His concern is that businesses and boosters will begin bidding wars for students with promises of huge endorsements.

“At least before, it was illegal,” he said. “But now the market will be completely open. So it becomes a question of how to control it.”

Florida and New York are among other states considering bills similar to the one passed in California.

If this becomes a trend before the NCAA can find a solution, Peeler and Abrams agree that South Carolina schools would feel the pressure to stay competitive.

“I ain't got no thoughts," Swinney said when asked about the California bill. "My thoughts are on getting ready for Florida State. They need people a lot smarter than me to figure out that stuff.”

Muschamp said last week that his opinion doesn’t really matter, so he isn't going to weigh in on the issue.

In the S.C. House, Bamberg Democrat Justin Bamberg is filing his own version of the bill. Kimpson is hoping their efforts won’t be in vain and is calling in reinforcements.

He’s planning a press conference before the filing that will include several former players from South Carolina and Clemson. He won’t say who’s attending but he promises the names are recognizable. At least two of them are currently in the NFL, Kimpson said.

Letters to the Editor: SC could lead way on renewable energy

It’s important for our state to note what is happening to our environment and act. I am reminded of the expression, “Think globally, act locally.”