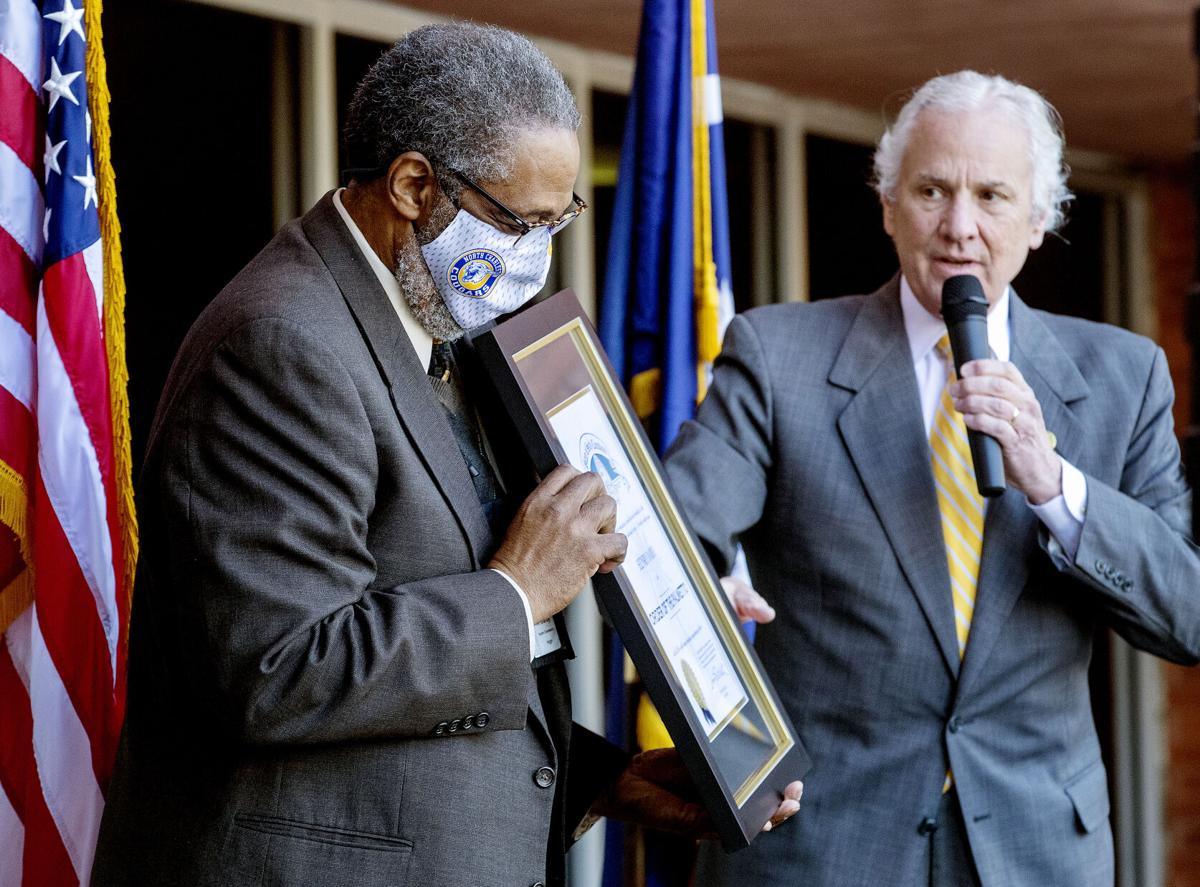 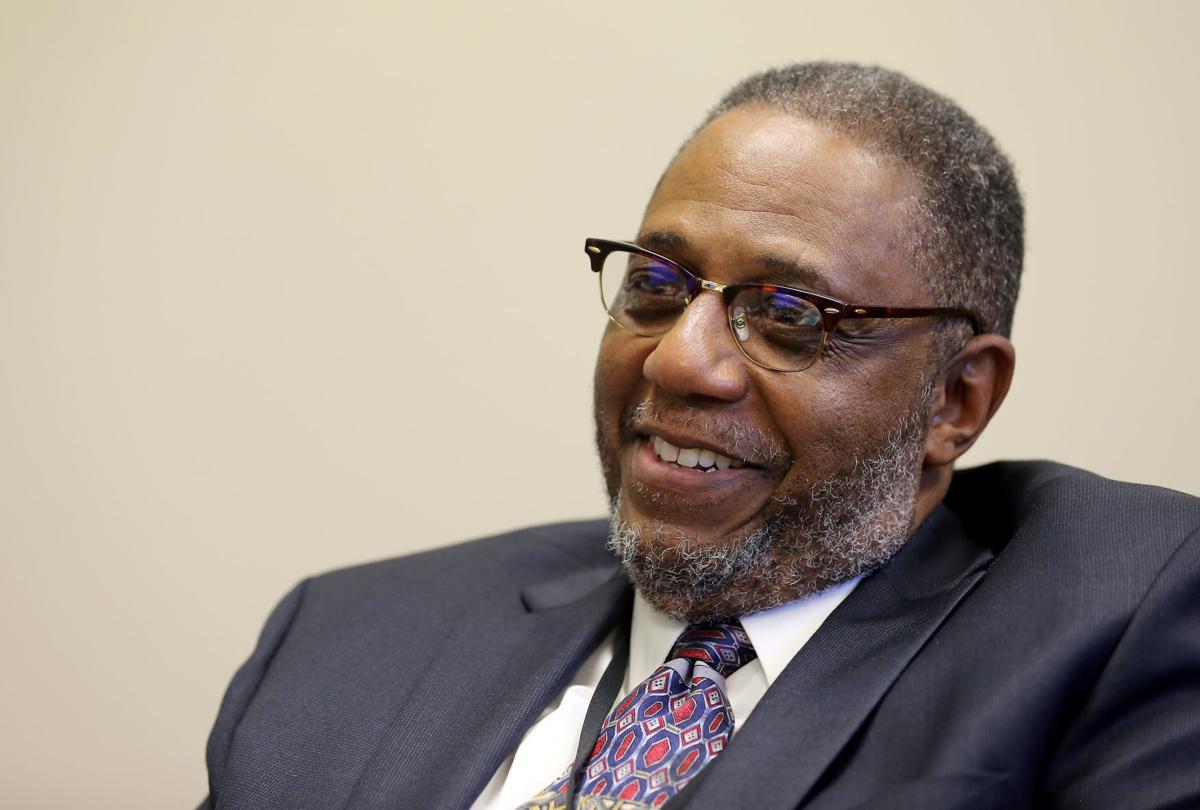 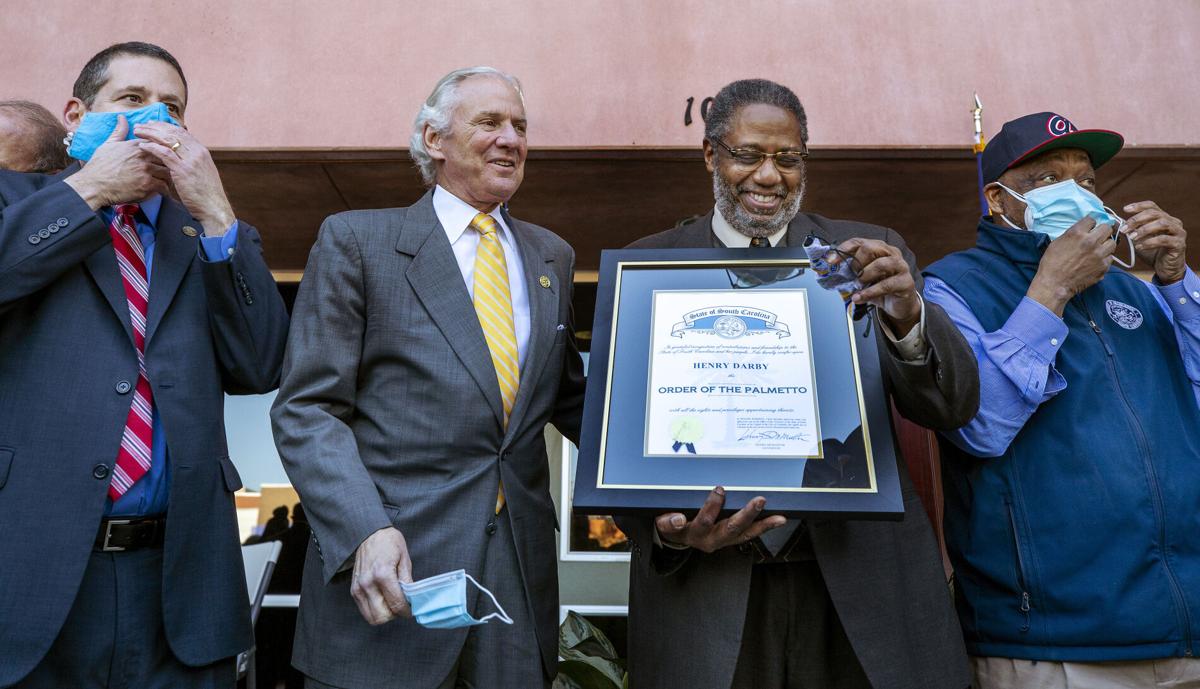 The award recognizes Darby's efforts to help his students and their families pay bills.

Darby, who also is a Charleston County councilman, took on a third job at Walmart restocking shelves overnight. The wages he earns goes directly to low-income families.

"Ladies and gentlemen, this is a remarkable man," McMaster said at the award ceremony. "This is the kind of man we're proud of."

The Order of the Palmetto recognizes South Carolina residents for extraordinary lifetime service and achievements of national or statewide significance.

Darby works at Walmart Supercenter off Centre Pointe Drive near the Tanger Outlets three nights a week from 10 p.m. to 7 a.m., finishing the shift just in time to head to his other as high school principal.

"The accolades — I am not used to," Darby said. "But I'm intensely appreciative."

Darby, a North Charleston native, said he was taught by his family and community that helping others is a virtue.

He referenced the sacrifices made by his mother, speaking of a time when she took a piece of fabric from an old dump that she would rifle through on Virginia Avenue.

"Boy, get that cloth," she told a young Darby.

Darby's mother took the material, boiled it and used the cloth to make her son a shirt that Darby wore from eighth through 11th grade, up to three times a week.

The Lowcountry educator held up the shirt during the ceremony. The crowd applauded.

The principal also highlighted the "unnamed educators whose names are never in print or in the headlines."

Darby said these educators do "ordinary things" in an "extraordinary manner."

McMaster said Darby's efforts illustrate how the responsibility falls upon all people to do something to bring about progress.

"Although we may not all influence hundreds, or perhaps thousands, of young people and others that (Darby) has influenced, we can all influence some," McMaster said.

A special recognition of Darby is scheduled to take place the night of Feb. 8 during the Charleston County School Board meeting.

Initially, Darby did not intend to share his story. But he said he is grateful for the attention being placed on his efforts because it will result in students and their families receiving greater financial assistance.

Donations have also come pouring in.