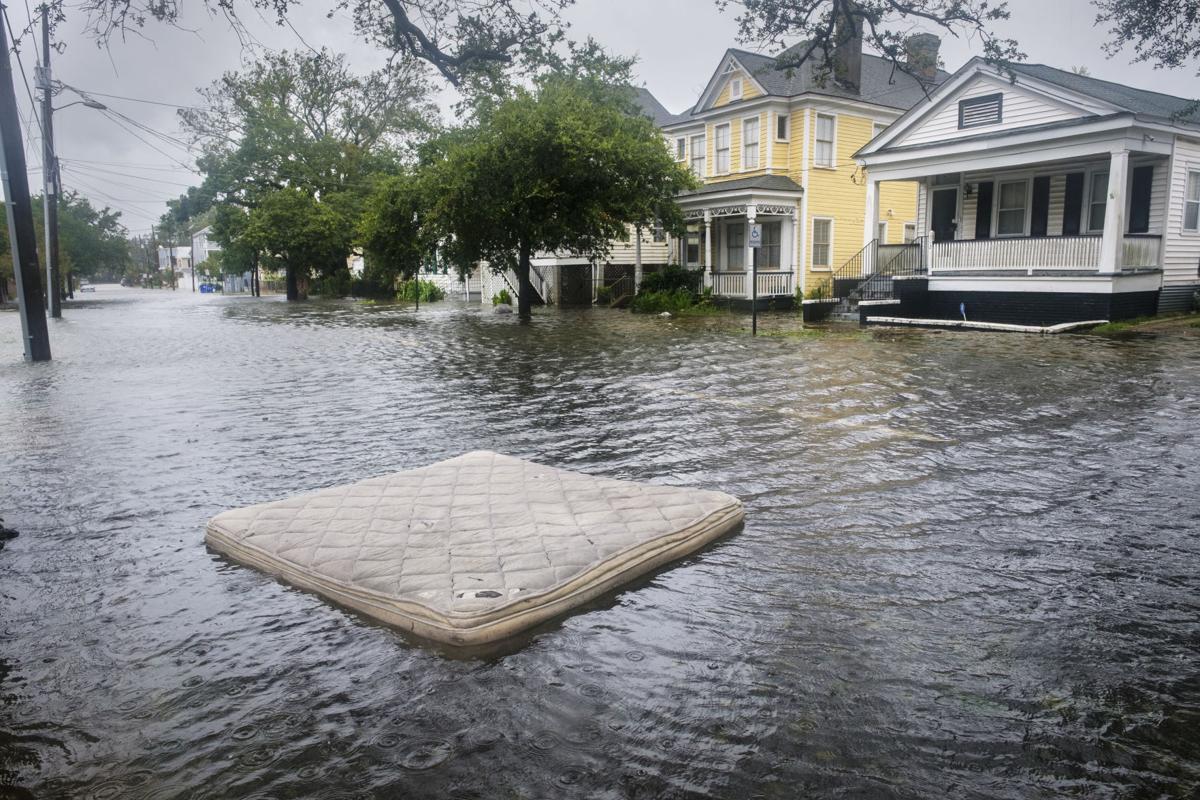 An abandoned mattress floats in a flooded Ashley Avenue in Charleston on Sept. 5 after Hurricane Dorian. File/Matthew Fortner/Staff 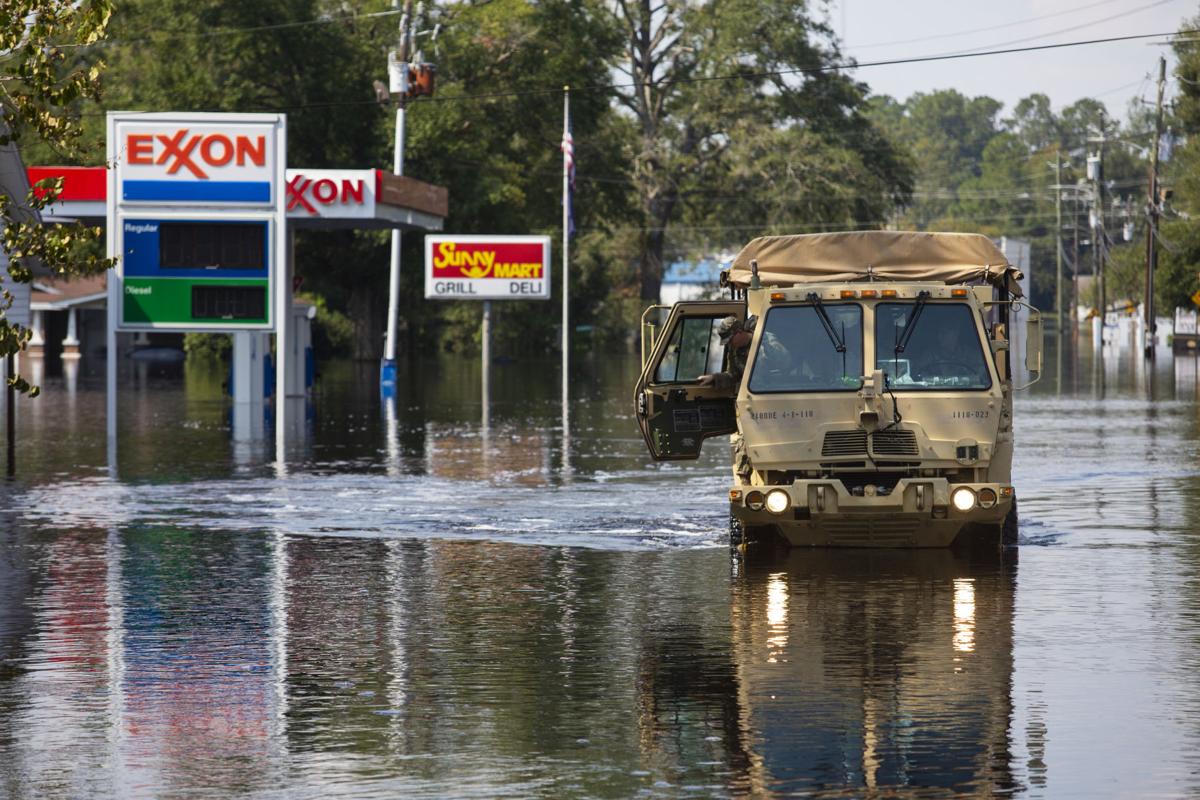 The National Guard rides through the flooded town of Nichols on September 20, 2018. File/Lauren Petracca/Staff

Gov. Henry McMaster's mandate was as sprawling as a flood: He created a 56-member commission to look for answers to the chronic, worsening problems of sea surge and swamped rivers overwhelming South Carolina's public buildings, utilities and homes.

The state Flood Commission's final report issued Friday wasn't much of a surprise, advocating a number of protections already underway, under consideration or dismissed as impractical.

The findings were expansive and would be expensive. The major recommendations are:

The commission compiled a reforms wish list of 227 projects submitted from 30 of the state's 46 counties at a cost of more than $300 million. Charleston County alone submitted tens of millions of dollars worth of projects, including property buyouts along with rebuilding, dredging sandbars, installing stream gauges and more studies.

The report called for a coordinated multi-agency plan for dealing with the issues and pointed to federal disaster relief and state money for funding.

"The state is receiving hundreds of millions of dollars from congressional post-disaster appropriations. This federal funding presents a unique opportunity for our state to maximize the funding’s effectiveness," the report said.

McMaster said that major hurricanes and flooding events in the past few years have shown the state that water management is a statewide issue.

"This report is a significant step forward in a long journey of assessing and implementing strategies to protect our natural resources and ensure the well-being and prosperity for generations of South Carolinians," he said.

State Sen. Chip Campsen, R-Charleston, said the report shouldn't be viewed as a plan but rather a menu of options.

"Further evaluation will determine what you can do or not — what's plausible, what's feasible, what's affordable and not," Campsen said. "That's the next step."

Maybe the most controversial recommendations have been calls for creating a system of artificial reefs offshore to slow beach erosion, and creating man-made lakes to hold overflow from flooded rivers.

Dozens of retired scientists and environmental groups said earlier this month the ideas are misguided and that scientific data don't support them. They rejected the build-your-way-out-of-it approach.

"Let's talk about prevention of floods rather than protecting properties from floods," said Rick Dawson, of the Senior Conservation Leadership Alliance, who consults with the Federal Emergency Management Administration on disaster recovery.

The report continued to advocate for the reefs and lakes, saying they would protect the billion-dollar tourism industry.

"Artificial reefs have not been used extensively in the United States and never in South Carolina, but they have the potential to protect the coast with low environmental impact if designed and constructed properly," the report said.

Commission Chairman Tom Mullikin, a Camden attorney who specializes in environmental issues, didn't reply immediately when asked about the criticism. In remarks Friday he said nature-based solutions to flooding are tools, but the state also needed to include engineered solutions.

In a section dealing with water recycling, the report noted "with 48 breweries currently in operation in South Carolina coupled with different engineering schools and business to help with the process, the concept of recycling water offers businesses to make beer cheaper, in turn incentivizing them."

It went on to address expanding use of recycled waters to soups and sodas, replicating the reservoirs used in Pakistan to handle stormwater and floodwater, and technology used in Phoenix to store water for those uses.

Letters to the Editor: More and more homes for Johns Island

I’m mad. There are 15 different housing developments on Johns Island totaling more than 5,000 homes. Where is the infrastructure to handle the…

Crews with Charleston's water utility were unable to patch a water main break downtown on Monday, and now the work will continue on Wednesday.

Venice ‘on its knees’ after second-worst flood ever recorded

The worst flooding in Venice in more than 50 years prompted calls Wednesday to better protect the historic city from rising sea levels as officials calculated hundreds of millions of euros in damage.