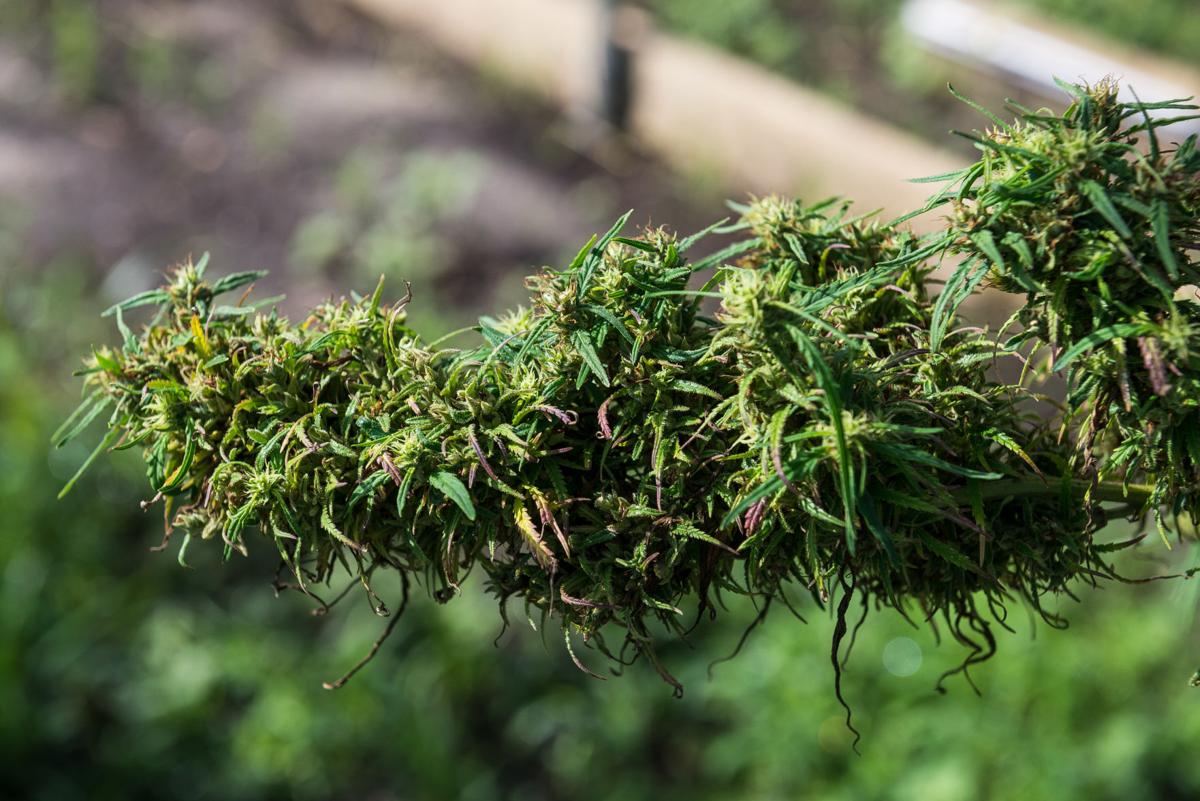 A hemp plant at a farm in Columbia on June 11, 2019. File/John A. Carlos II/Special to The Post and Courier 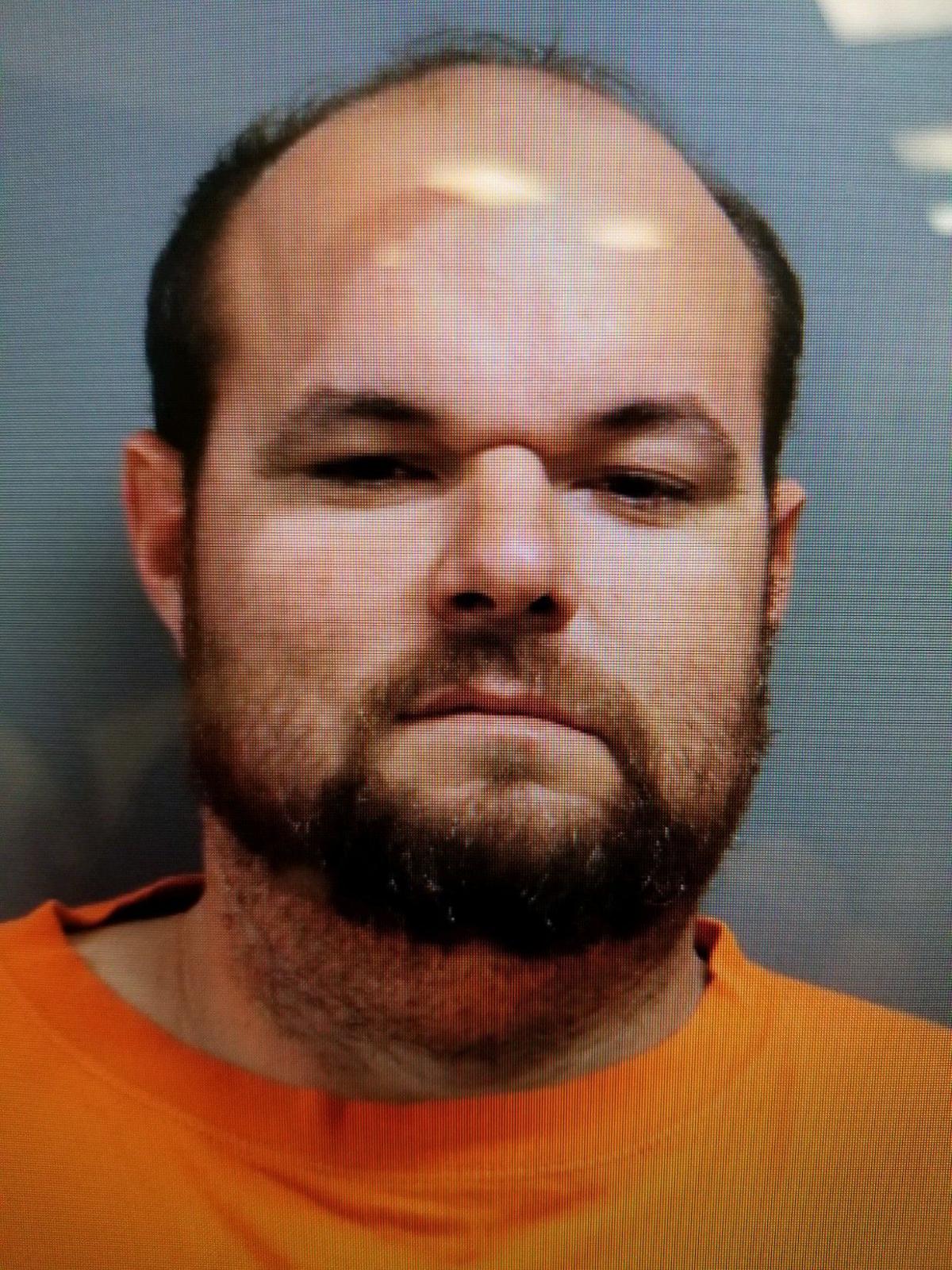 John Pendarvis was arrested Thursday on charges of unlawful cultivation of hemp. He had to pay $3,000 to be bonded out of the Dorchester County Detention Center. Provided

Law enforcement mowed down 10 acres of hemp near Harleyville on Thursday and arrested John Pendarvis — the first farmer in the state to be charged with growing the crop on unlicensed land.

Because of a mapping error, Pendarvis is accused of violating the 2019 Hemp Farming Act.

That law doesn't specify any punishment for breaking the S.C. Department of Agriculture's strict licensing rules.

Attorneys familiar with the case and law enforcement couldn't explain what fines or jail time he may face.

And Pendarvis himself is confused by the entire ordeal.

"I think they were showing their authority, and they wanted to make an example out of me," Pendarvis told The Post and Courier on Friday. "It's a technicality."

Pendarvis estimates that up to $12 million worth of hemp was turned into mulch in a matter of minutes. He is licensed by the state to grow the strain of cannabis. But GPS coordinates required by the Agriculture Department didn't include one of his two fields.

The farmer said he even attempted to correct the mapping error and applied for an amendment to his application to include his other field on Maple Road, near Harleyville.

The Agriculture Department denied that amendment.

SC hemp farming could top 3,000 acres as states scramble for a piece of the booming market

On Aug. 28, the agency came to his field and "took samples of the plants" to confirm hemp was growing at the location. On Thursday, he said a dozen squad cars from the Dorchester County Sheriff’s Office showed up to arrest him.

Pendarvis was cited with "unlawful cultivation of hemp — 1st offense," according to an affidavit and was forced to pay $3,000 in bail Friday to leave the Dorchester County Detention Center.

But there is no clear punishment related to the offense he was charged with. The Hemp Farming Act only refers back to the S.C. Code of Laws, which states that "when no punishment is provided by statute the court shall award such sentence as is conformable to the common usage and practice in this state."

Pendarvis' case will be prosecuted by the 1st Circuit Solicitor's Office. But Don Sorenson, the assistant solicitor, said he had "never seen something like this before," referencing the confusion with no clear punishment being attributed to the offense.

Hemp has skyrocketed in popularity because of its use in making cannabidiol, often called CBD oil, that is believed to help alleviate symptoms for variety of physical ailments. While hemp is a strain of the cannabis plant, it is not a narcotic. The crop doesn't have tetrahydrocannabinols, or THC, which is the active compound in marijuana that gets the user high. The Food and Drug Administration has approved only one CBD-derived drug.

The Agriculture Department does not have the authority to arrest farmers who violate the law. But the agency will inform local law enforcement as well as the state's attorney general.

"The South Carolina Department of Agriculture takes seriously the integrity of the Hemp Farming Program," an agency statement said. "It’s important that we have a record of GPS coordinates of acreage with permitted hemp growing on it — not only is it required by law, but we’ve shared that information with law enforcement when they have questions."

Eva Moore, a department spokeswoman, said she was unsure about the punishment associated with the offense, and said the State Law Enforcement Division handles all criminal matters.

With the passage of the 2018 Farm Bill on the federal level, limits on hemp cultivation and the plant’s status as a Schedule 1 drug were lifted nationwide and South Carolina farmers began growing shortly after.

State law defines hemp as a fiber and oilseed crop with a wide variety of uses, including twine, rope, paper, construction materials, carpeting and clothing. The S.C. Hemp Farming Act, adopted in March, allowed residents to apply with the Agriculture Department to grow the crop. Early permits were given to farmers a year prior through a pilot program.

Dorchester County sheriff's spokesman Sgt. Rick Carson said Pendarvis' charge is a misdemeanor, but any associated fines, fees or jail time would have to be determined by a judge because it is not enumerated in the law.

Charleston criminal defense attorney Mark Peper said he was shocked to hear about Pendarvis' case and didn't understand why there wouldn't be clear definitions for the offense.

Peper is not representing Pendarvis.

"This isn't the first time that I've heard of clarifications that need to be made to the criminal code," said McCoy, R-Charleston. "It is certainly an issue that needs to be corrected."

Pendarvis invested $250,000 starting his hemp growing operation this year at his family farm. Despite being arrested, having millions of dollars in crops destroyed and having to now hire an attorney to represent him in court, he said his license to grow hemp has not been revoked yet.

The 38-year-old said his family has been farming in Dorchester County since 1978. He still has another 10 acres to tend to.

As CBD oil and hemp products become more popular in South Carolina, active-duty service members in the Palmetto State aren't allowed to consume those products for fear that it could jeopardize their branch's drug tests. But advocates believe military members and veterans could benefit most from the products.