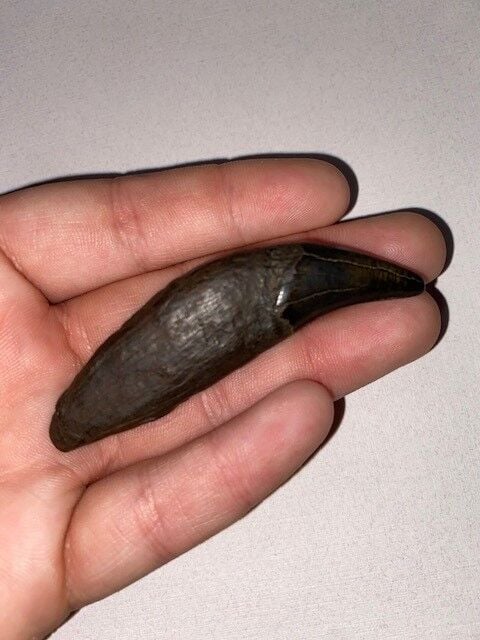 Eric Proulx of Fort Mill discovered what's been identified by experts as the fossilized tooth of a giant short-faced bear (Arctodus simus) in the Cooper River. Eric Proulx/Provided 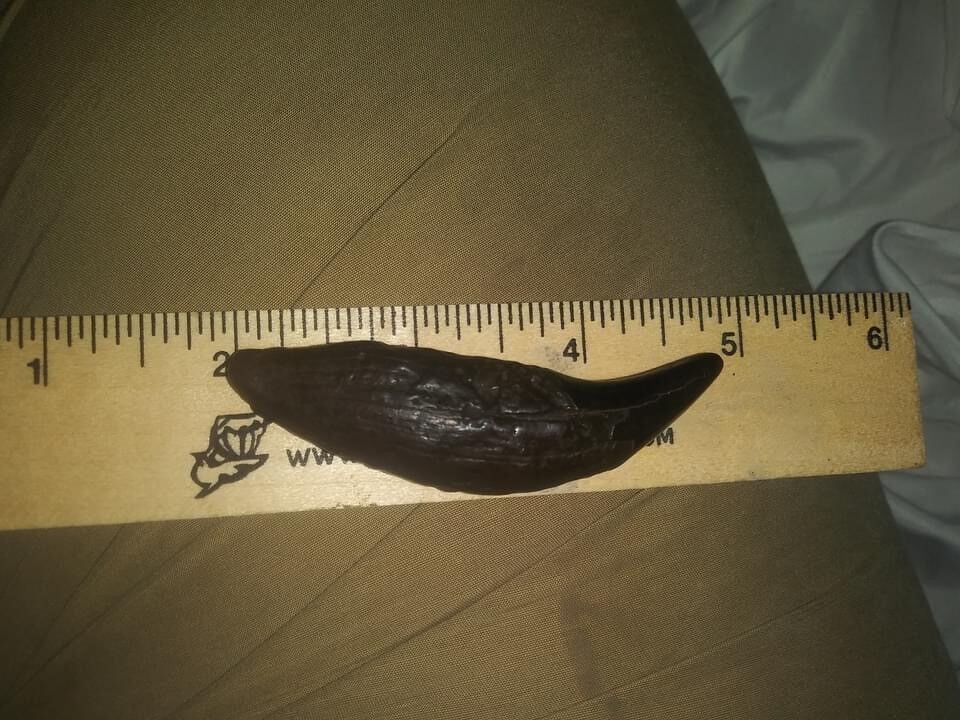 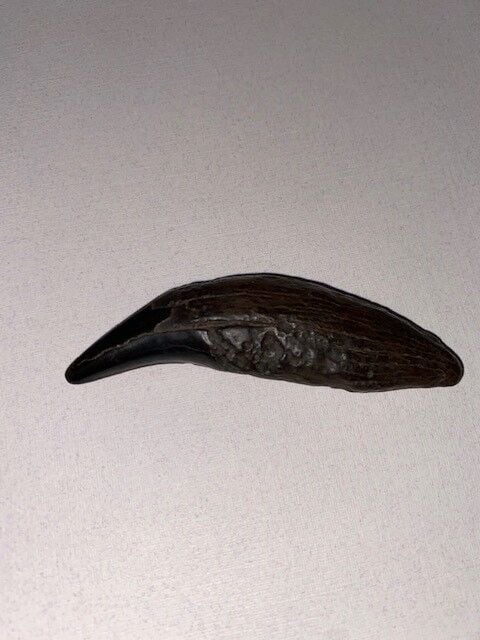 MONCKS CORNER — A diver scouring the bottom of the Cooper River found what scientists believe is the fossilized tooth from the largest prehistoric bear to roam North America.

When Eric Proulx, an amateur fossil hunter, found the 3-inch tooth of a giant short-faced bear (Arctodus simus) on March 20 while diving with Cooper River Dive Charters, he didn’t think it was that big of a deal.

After all, Proulx had found plenty of fossils over the years while diving the murky waters in lower Berkeley County. Last year, he found an 8-foot woolly mammoth tusk, the jaw from a rare prehistoric cat and dozens of shark teeth.

“Honestly, I had no idea what it was,” said Proulx, a Fort Mill resident who started to combine his passion for fossils and scuba diving in 2018.

"I honestly wasn’t that excited about it at first," he said. "I thought it was a whale or a dolphin tooth. It’s crazy because you never know what you’re going to find out there.”

Proulx took several photos of the discovery and placed them on the Palmetto Paleontological Society’s social media page, an online community of professional and amateur paleontologists and fossil hunters.

College of Charleston paleontologist Robert Boessenecker, an expert on prehistoric whales and dolphins, believed it was the tooth from a prehistoric land mammal. Another paleontologist speculated it to be a tooth of an American lion (Panthera atrox), which were mostly found in the Western United States.

“The teeth from bears and cats can be very similar,” Boessenecker said. “It’s difficult to tell the difference a lot of times, but I was pretty certain it was a large, carnivorous mammal.”

“I can say with 98 percent certainty that it’s a bear tooth and most likely a giant short-faced bear,” said Hulbert, who has studied prehistoric mammals for the past four decades. “It’s a very nice specimen. Those bears are bigger than any bear living today.”

The giant bears first appeared roughly 800,000 years ago in the U.S. during the Pleistocene Epoch, and soon spread in Canada. It is believed that the bear averaged 2,000 pounds and stood 6 feet tall at the shoulder. Fully drawn up, these massive bears could reach up to 12 feet.

The animals became extinct about 11,000 years ago.

“These bears are the biggest carnivores that have ever been in North America,” Hulbert said.

The swift-moving currents of the Cooper River make it a prime hunting ground for fossils and artifacts.

“When they open up the (Pinopolis) dam, it clears out the mud and tends to make things erode faster than in other rivers,” Proulx said.

On that chilly March day, Proulx said he found the tooth at the bottom of the river in about 45 feet of water. The water temperature that day was about 58 degrees. Proulx wears a strong video light on the top of his mask to help see in the murky waters.

“I had a wetsuit on, and it was still pretty cold,” Proulx said. “The visibility was about a foot. I just saw something on the bottom and scooped it up.”

In the past, Proulx has found 10,000-year-old pottery and glass bottles from the 1700s in the Cooper.

The electrical engineer said he plans to donate the fossil to the South Carolina State Museum's natural history collection.