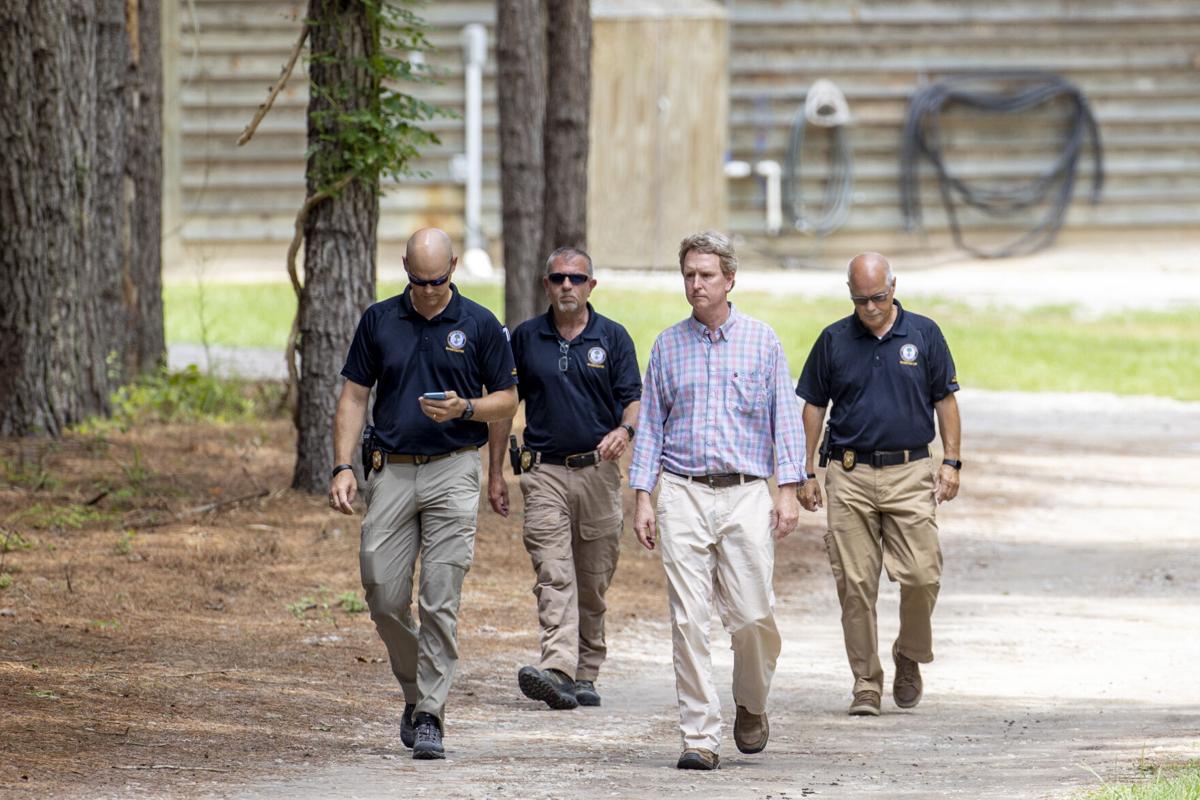 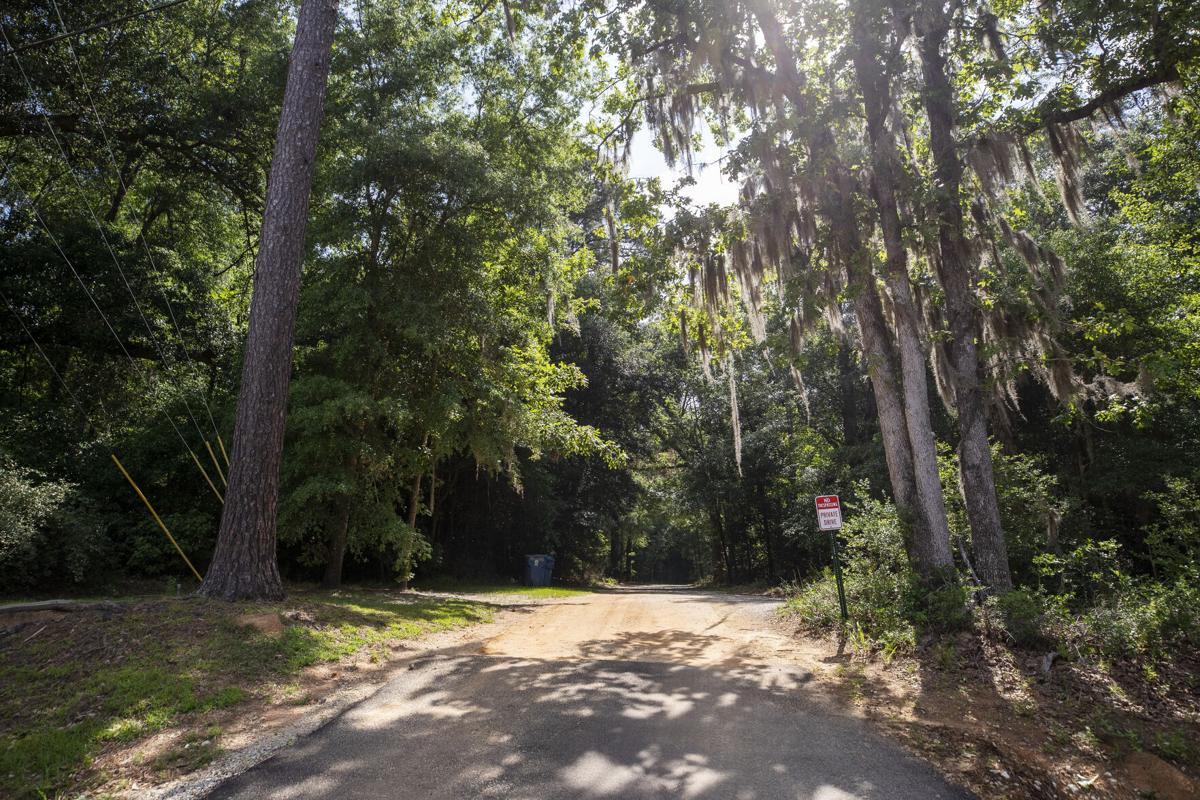 A private drive leads to the former home of the Murdaugh family in Hampton on June 9, 2021. Lauren Petracca/Staff 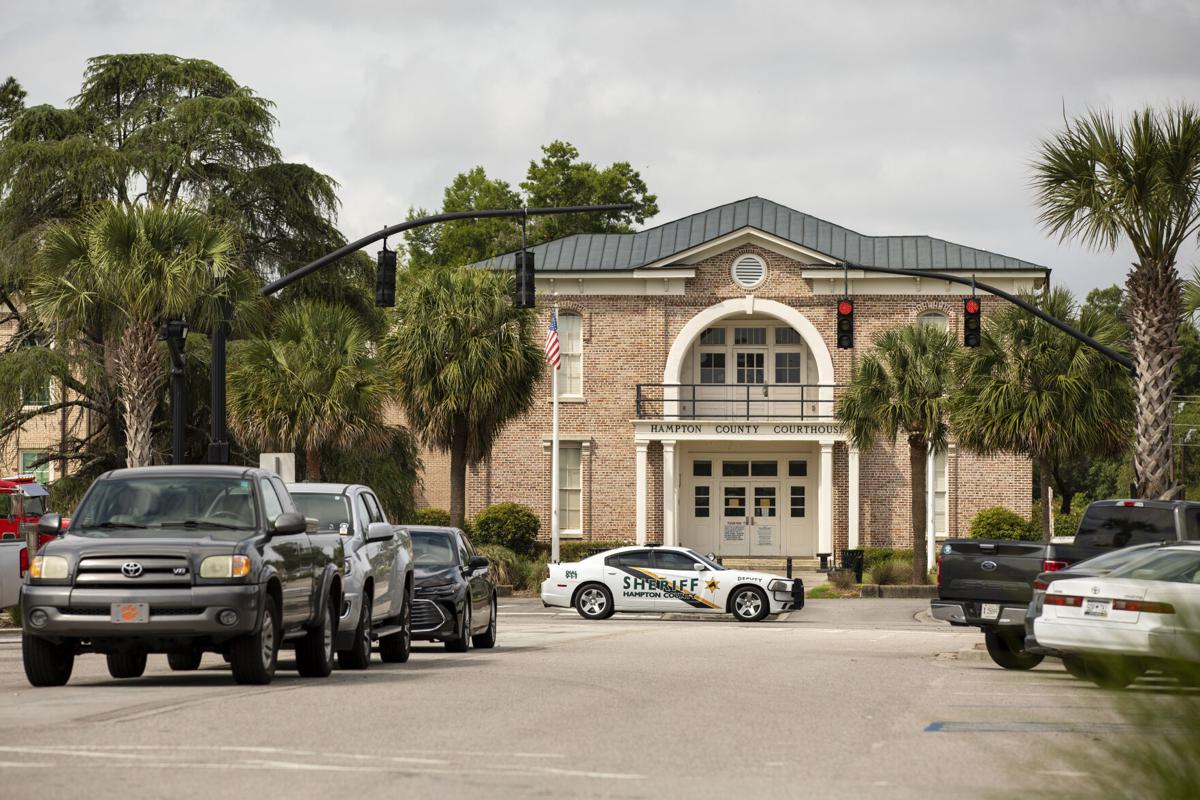 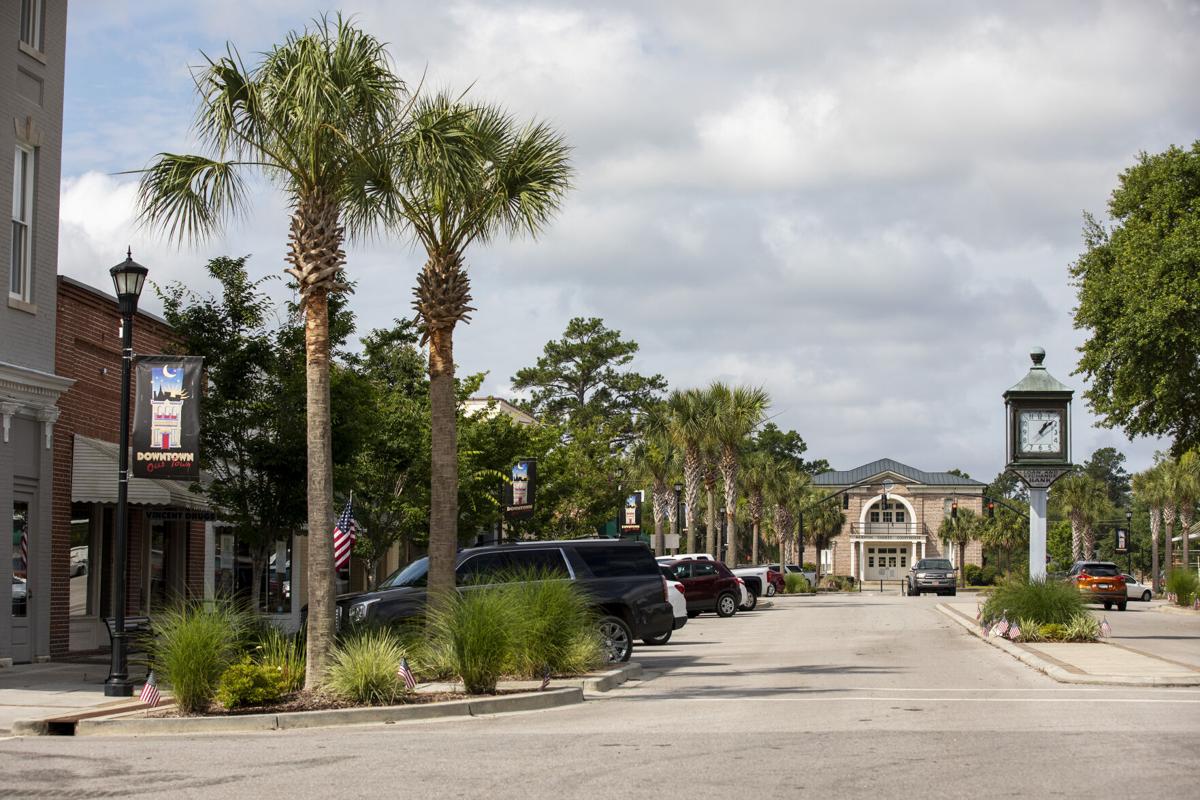 Hampton County Courthouse is situated at the end of Lee Avenue in Hampton, pictured on June 9, 2021. Lauren Petracca/Staff 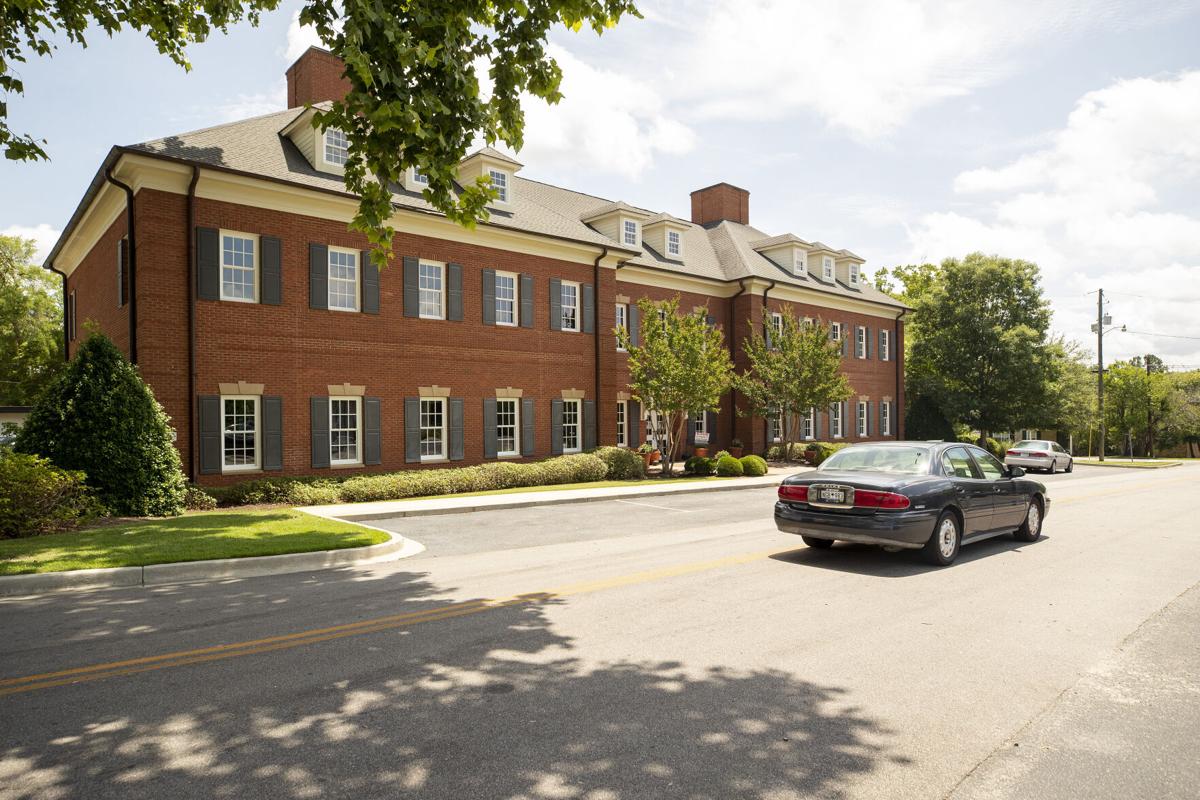 The law office of Peters, Murdaugh, Parker, Eltzroth and Detrick is pictured in Hampton on June 9, 2021. Lauren Petracca/Staff 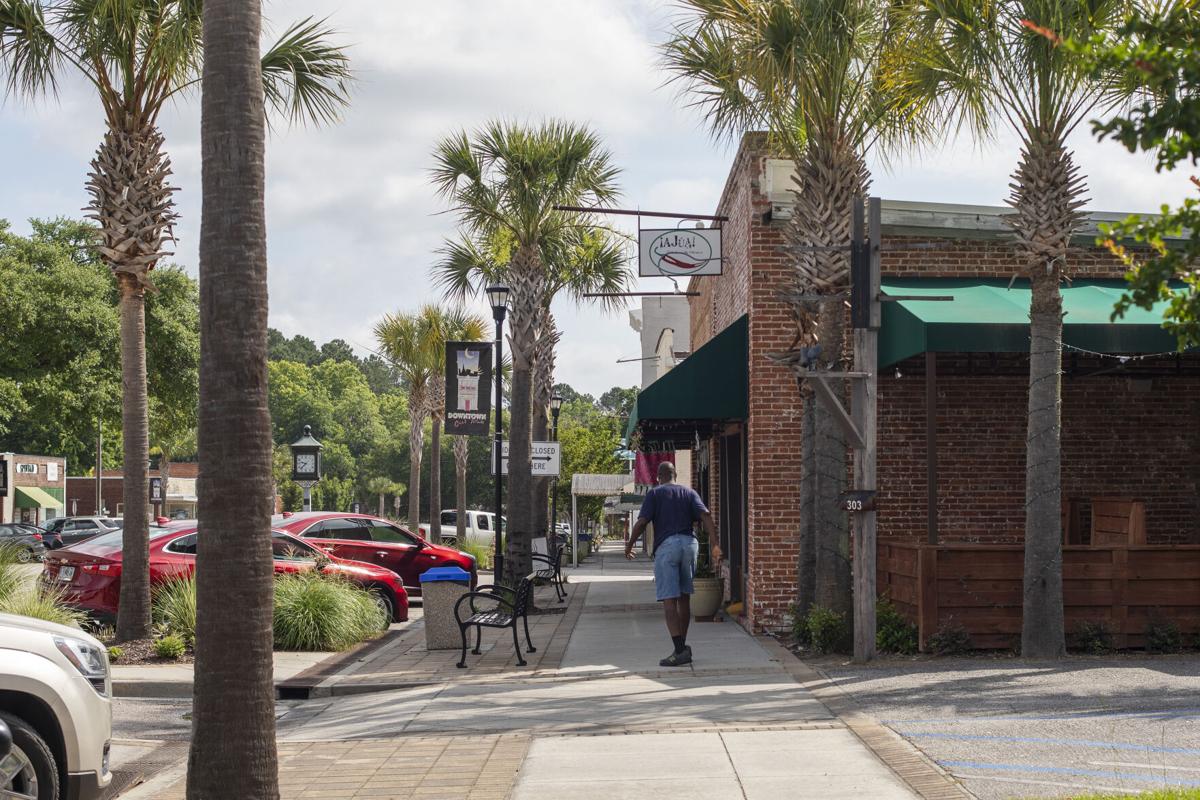 A pedestrian walks down Lee Avenue in Hampton on June 9, 2021. Lauren Petracca/Staff 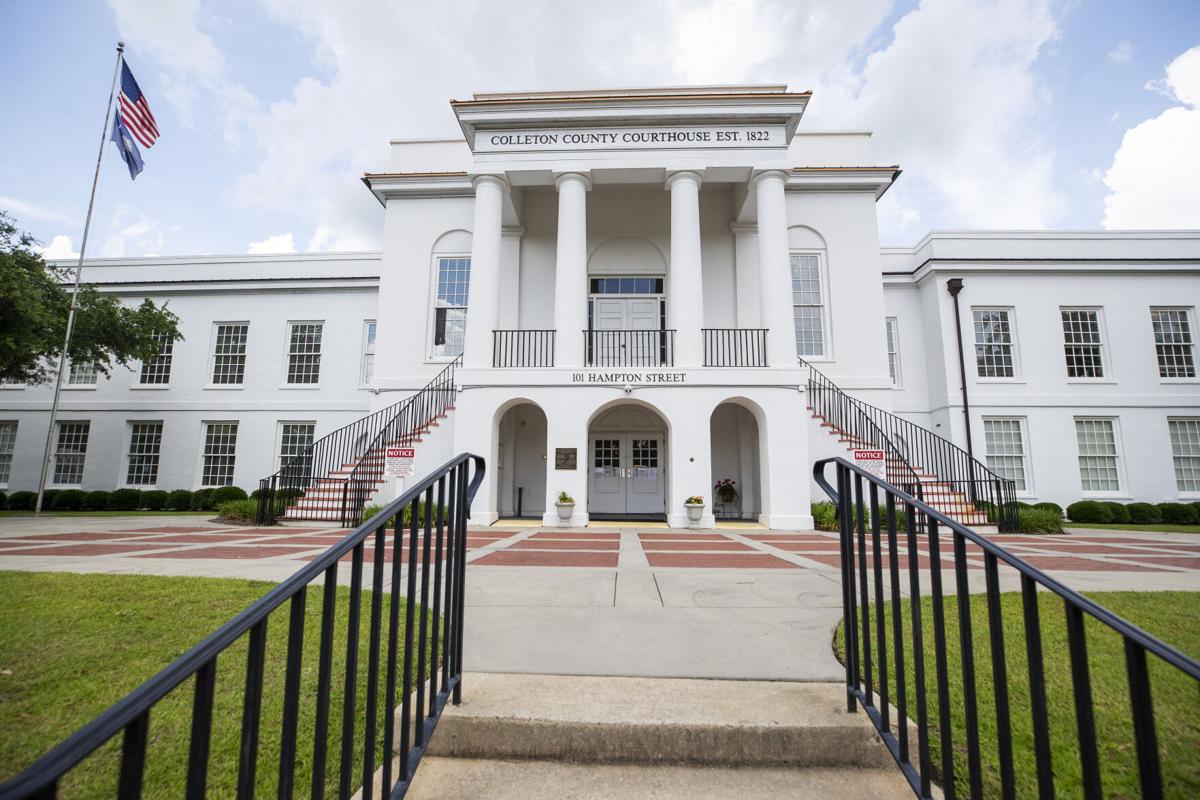 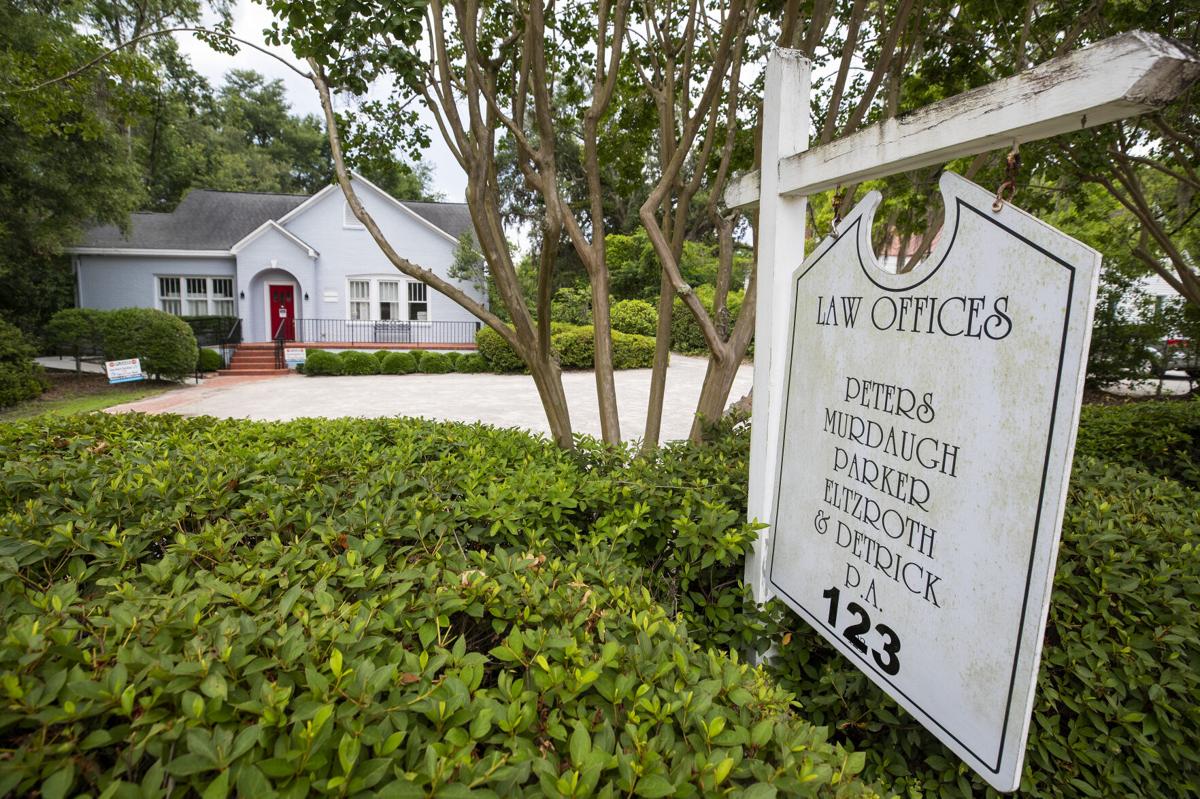 The law office of Peters, Murdaugh, Parker, Eltzroth and Detrick is pictured in Walterboro on June 9, 2021. Lauren Petracca/Staff

The law office of Peters, Murdaugh, Parker, Eltzroth and Detrick is pictured in Walterboro on June 9, 2021. Lauren Petracca/Staff

HAMPTON — Rumors and speculation are swirling around a tight-lipped investigation into the killings of a mother and her son, members of a prominent and well-connected family of attorneys who residents say wield significant power in this rural community.

State police and sheriff's officials remained silent as investigators continued to probe the circumstances surrounding the June 7 slayings of Maggie and Paul Murdaugh at their sprawling estate in Colleton County. Investigators have withheld case reports and 911 tapes from the public, leaving gossip and conjecture to fill the gaps in the absence of any arrests.

Residents in the victims' hometown of Hampton expressed sadness and grief about the deaths, but also feared talking openly with reporters about the violence, given the Murdaughs' sway in the community.

“We are a close community,” one local woman said. “Our families have been here for generations. There are all kinds of connections, whether it be friendship or marriage. Our families just go back and back and back. It’s just like something is lost.”

Paul Murdaugh, 22, and his mother, Maggie, 52, were found shot to death shortly after 10 p.m. at the family's property at 4147 Moselle Road. Attorney Alex Murdaugh reportedly discovered the bodies of his wife and son, according to sources familiar with the investigation.

Two different firearms were used in the crime: a shotgun and a military-style rifle, those sources said. Maggie was reportedly found several yards away from her son, they said.

The Colleton County Sheriff's Office and State Law Enforcement Division are leading the investigation into the killings but have released scant information to date. They have said there is no immediate threat to the public, yet no suspects have been named or arrests made.

Sheriff’s spokeswoman Shalane Lowes has denied a request for 911 audio recordings connected to the murder, citing the ongoing investigation. The Sheriff's Office released a one-line incident report that provides no additional details on the crime.

"No additional information is available while the investigation is ongoing," he said.

The Sheriff's Office on June 9 said it could not release any supplemental reports. Capt. Jason Chapman said the department has a conflict of interest because Alex Murdaugh works for the Solicitor's Office and deferred to SLED.

Taylor Smith, attorney for the S.C. Press Association, said the department has an obligation to provide the records the same day to requesters.

Crosby said SLED holds all documents related to the homicide investigation, and the agency would not release the reports because they contained information that, if released, would impact the investigation.

He claimed that redacting the documents would leave them unreadable.

The Murdaugh name looms large over Hampton, the small county seat where Hampton County’s disputes are heard and the family laid the foundation for a legal dynasty.

For the better part of a century, the fate of criminal cases in South Carolina’s 14th Judicial Circuit — which covers the state’s southernmost counties — has rested with the Murdaughs. Three generations of the family held the title of solicitor, a run of power that lasted from 1920 until 2005. Two members of the family still do part-time work for the solicitor’s office.

The name still carries a legacy of power and influence: Hampton locals are reluctant to talk about the homicides or members of a family whose relatives’ portraits hang in the county courthouse. So deep are the family’s ties to the judicial system that when Paul Murdaugh was linked to a fatal boat crash in 2019, two judges and the solicitor saw fit to recuse themselves.

The family’s century-old law firm, Peters, Murdaugh, Parker, Eltzroth & Detrick, boasts the family's tenure as solicitor on its website, noting that it's rare for one family to hold a prosecutor's job for so long. But its sights have reached far beyond Hampton County and the Lowcountry, with a reputation for representing consumers against major corporations. The firm lists a dozen multimillion-dollar victories, including wins against the automakers Ford and Nissan and the railroad CSX.

The track record helped the firm build a three-story brick office in Hampton, a town of just over 2,500 people, and hire a roster of 17 attorneys. Meanwhile, the Murdaughs accumulated a significant swath of real estate in the forests and swamps of Hampton and Colleton counties — at least 1,700 acres, records show.

The holdings centered on a property that real estate documents describe as “the home tract” but the family just called Moselle, a home of some 5,300 square feet where they often gathered for holidays and hunts. Maggie Murdaugh shared photos on Facebook of family and friends playing pool and watching football in its wood-paneled rooms and posing for pictures outside during quail hunts.

Then, this week it became a crime scene.

Most locals describe Hampton as a quiet community where not much happens.

It has the elements of a small town in the Lowcountry: a gazebo, a community café where residents hang out and pass out candy to those who walk by.

In the downtown district on Lee Avenue, there are a couple of boutiques and a Mexican restaurant. But the majority of the shops on the storefront are empty.

Just up the road from Lee, in the center of town is the Hampton County Courthouse, where Alex Murdaugh serves as a part-time prosecutor for the 14th Circuit Court.

As people drove into the downtown district to pick up food or a cup of a coffee on June 9, not many wished to discuss Maggie and Paul Murdaugh’s deaths — or even talk of the family at all.

Patricia Moore, owner of Spinbad Church Supply in Hampton, said that Murdaugh is a powerful name in town.

“Scary family,” Moore said. “Everyone is scared of them.”

Although Moore felt the Murdaugh family was intimidating, she hoped the police would find out who killed Maggie and Paul Murdaugh.

“Regardless of what the family is like, they did not deserve to die like that,” Moore said.

Mike Moseley, the owner of Hot Shots Billiards Club, said he had gone to school with Randy and Alex Murdaugh. Moseley had helped construct Alex Murdaugh’s house on Holly Street in Hampton, which was sold last April.

“I have known the Murdaughs a long time,” Moseley said. “They have always been good to me. It’s a bad thing to happen to them.”