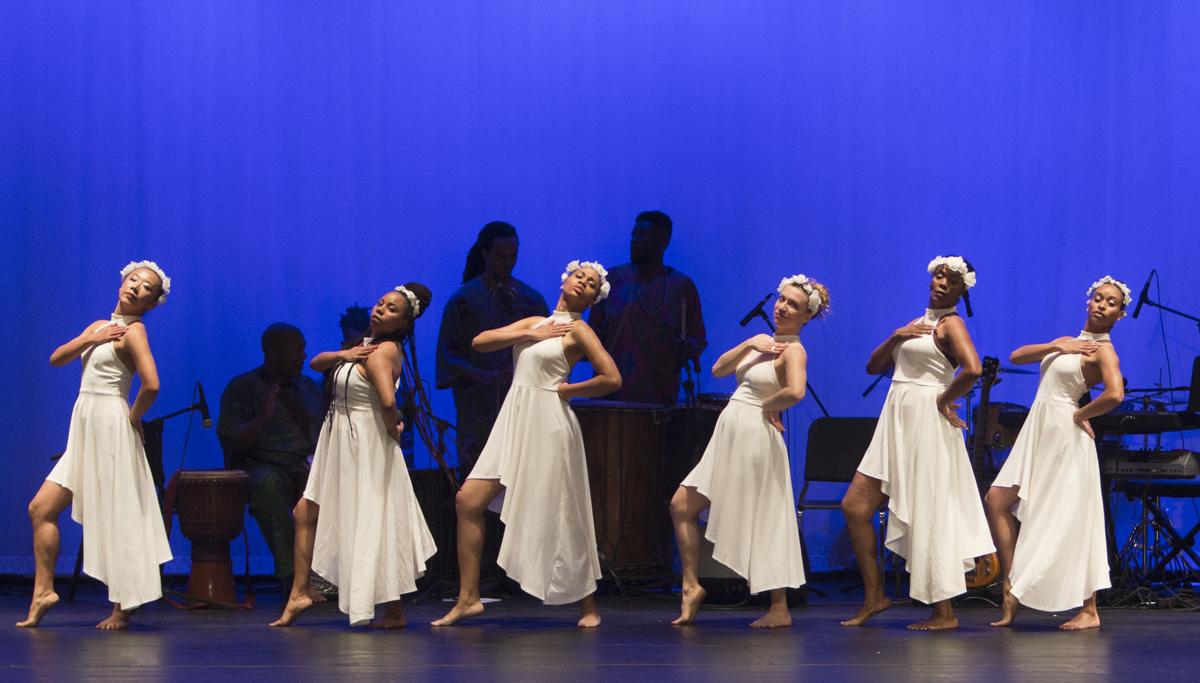 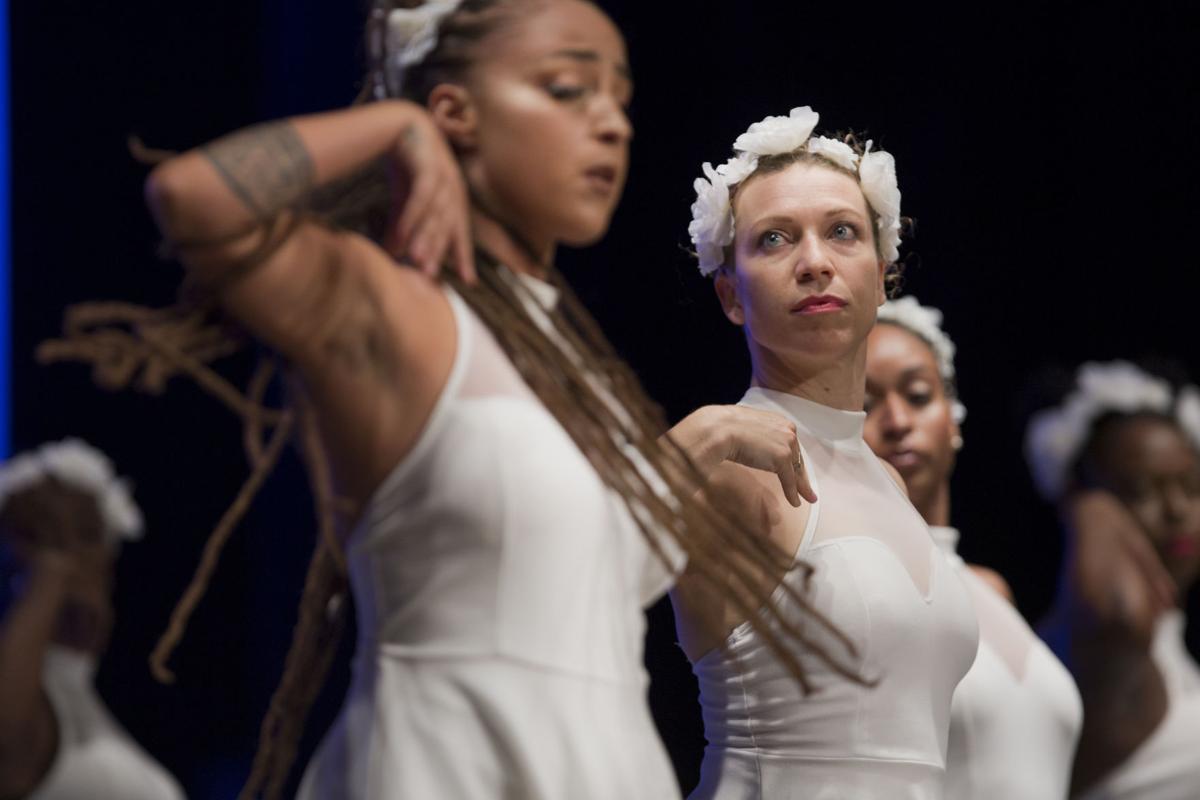 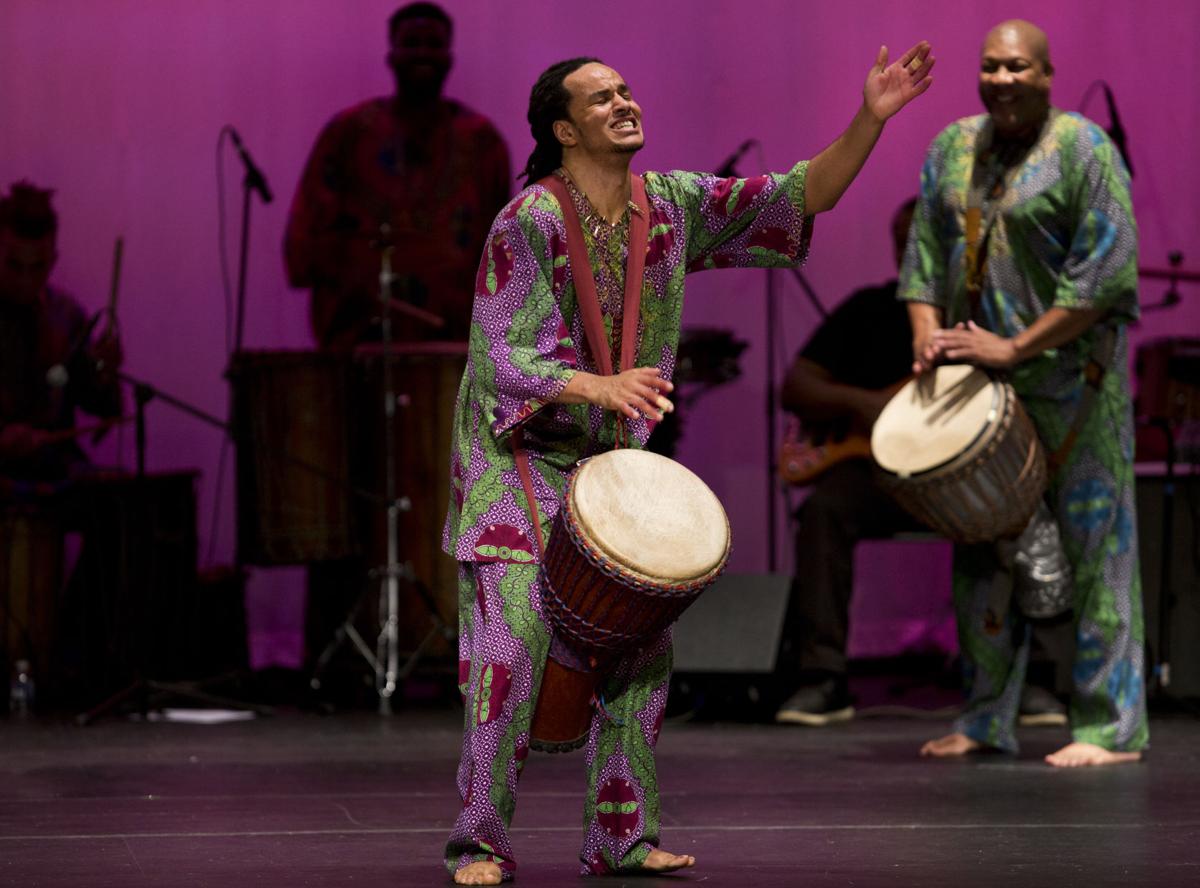 It has taken two decades for Sandella and Frank Malloy to bring Harambee Dance Company home. After founding the African-rooted contemporary company in Charleston in 1992, the couple moved it to New York City four years later.

From there, Harambee has landed coveted spots at top venues, including Lincoln Center in New York and the John F. Kennedy Center for the Performing Arts in Washington, D.C., as well as in famed arts festivals around the world, from DanceAfrica at Brooklyn Academy of Music to Panafest in Ghana. Together the couple, who have also enlisted their son Frank as musical director, head up the globe-trotting, 25-member company.

But until Saturday night, getting a gig in their native Charleston had proven elusive. That’s more than mystifying given the clear caliber of the exuberant, phenomenally well-executed work powered by West African traditions that inform a vast trajectory of American sounds and movement styles, from Gullah Geechee to gospel, from jazz to rhythm and blues.

And a homecoming it was, taking place in the auditorium of James Island Charter High School, the very school the founders attended. There, the company’s 15 dancers and musicians joined forces with Charleston's artistic heavy hitters, including famed civil rights activist and storyteller Minerva King, five vocalists and the band Season with Duane Branch. Radio personality Osei Chandler served as emcee.

“Ancestral Daughters” started things up with a stirring spoken word performance by King, who narrated the work of Cynthia Stevens. Referencing Gullah Geechee, Georgia peaches and Ashanti warriors, she cited the Serena's, the Oprah's and the Michelle's while noting that whatever the difference in skin color there is among us, there is none in the color of our tears.

As the words urged these daughters' return to the river, the company's female dancers inhabited the stage, draped in white dresses. Leaning, lurching and rolling in unison, they undulated forward like the very waves and currents of which King spoke, ever propelled by the persistent percussion.

“Harvest,” an adrenaline kick of a work, made dynamic use of African beats, increasing in intensity and charge from preparation to celebration, folding urban accents into traditional attire. With dancers in frenzied step to the various beats of the drummers' poly-rhythmic percussive riot, the result was a glorious choreographic cacophony that showed the company to its best effect. Most everyone got their moment, with djembe players breaking out in crowd-rousing solos, chief among them Frank Malloy.

In part two of the program, “Going Home” showcased the mesmerizing principal dancer Linnae McDonald with equally captivating vocalist Rochelle Whitney. “Feeling Good” then veered jazzward, in a steamy duet also accompanied by Whitney, while “Midnight in the City” moved toward Motown, transforming the stage into a dance club. All the while, the full-on percussive force of the African roots charged through each new form, increasingly teasing out the fluidity of movement that was at play from the get-go.

In between these numbers, the stage rang magnificently gospel, with Season with Duane Branch accompanying local singers Rose Atterbury, Deleta Hodges, Barbara Johnson and Shakila Scott, who together moved many in the crowd to join in to a galvanizing "How Great Thou Art."

To mark the company's 25th anniversary, Sandella Malloy’s relatives, the Whaleys, stepped up to help fund the public performance, produced surrounding their family reunion. With joy and a few tears, Frank Malloy spoke of the significance of the collective efforts in bringing the company home, with Sandella Malloy underscoring how the Swahili word “harambee” translates into “let us all pull together."

Those in attendance were the true winners, as the evening brought home just how much we've all been missing.