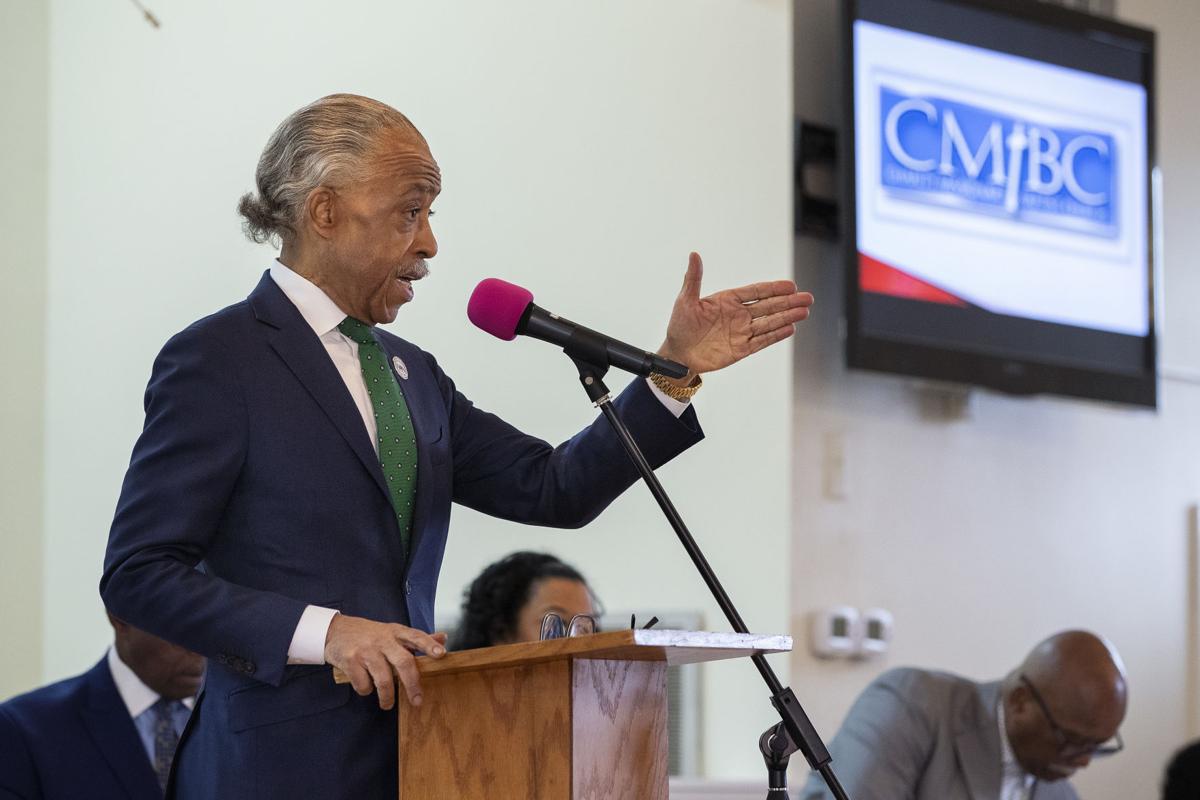 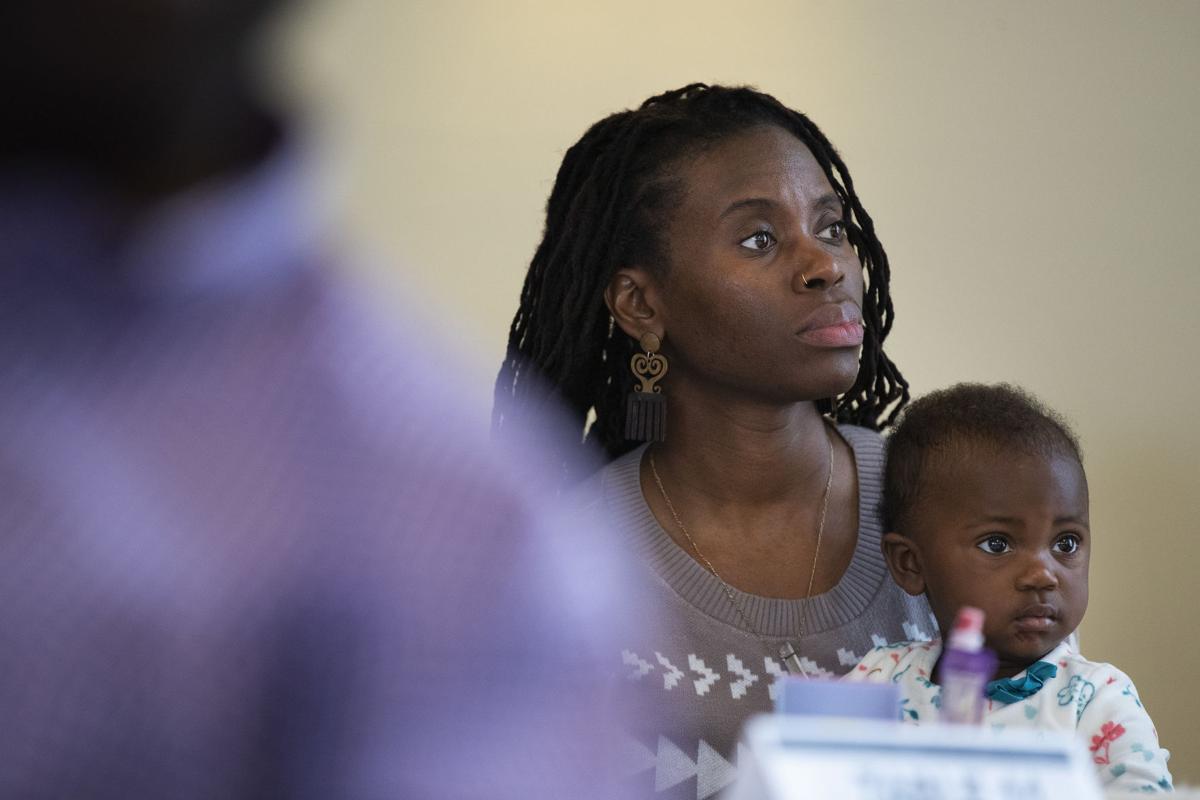 Stephanie McFadden of North Charleston holds her 1-year-old, Xolani, as she listens to a conversation discussing the challenges minorities face concerning health care at Charity Missionary Baptist Church in North Charleston on Monday, Feb. 17, 2020. "It's hard to find a care provider for African American women," said McFadden, who added that she was unable during her pregnancy to find a local childbirth professional who looked like her. Lauren Petracca/Staff

Less than two weeks before the South Carolina Democratic presidential primary — a key test for candidates seeking to galvanize the African American community in efforts to defeat President Donald Trump — the Rev. Al Sharpton is urging voters to consider specific issues, not political side stories.

During a Monday visit to North Charleston, the leader of the New York-based National Action Network, a civil rights organization, made reference to the conversations surrounding former Vice President Joe Biden's age and whether the presidential hopeful is "missing a step," the personal life of former Mayor Pete Buttigieg of South Bend, Ind., and former New York City leader Michael Bloomberg's money.

Sharpton said attention is being placed on candidates' styles and personalities, and not their stances on problems disproportionately impacting African American communities, such as access to health care.

"I think what we're getting in the campaign so far is a lot of gravy and no meat," he said. "There's no substance."

Sharpton, who's drawn praise from Democratic presidential hopefuls for his legacy in fighting for civil rights, hasn't publicly endorsed a candidate. He told reporters during Monday's event his decision will be based on which candidate he feels has the right substantive plan.

He said all of the candidates have confirmed attendance at a minister's breakfast being hosted by NAN at Mount Moriah Missionary Baptist Church on Feb. 26, just days before the Feb. 29 South Carolina primary.

Biden: I will keep fighting for justice and equality as president

Talking about specific policies will be the key for candidates to stand toe-to-toe with Trump, he said. Weeks ago following the January CNN/Des Moines Register debate, which was widely criticized as lackluster, Sharpton said he didn't see any candidate who looked like they could defeat Trump.

Since then, the civil rights activist said Democrats have shown a little more fight.

"If they start talking policy, Trump wouldn't know how to get to first base on that," Sharpton said. "If you are a smart fighter, you don't fight the other guy's fight. They've got to deal with issues to force him to deal with issues that's for the good of the people."

Sharpton referred to a current bill before Congress aimed at addressing a practice known as "surprise billing," which leaves patients on the hook for medical expenses even if they have insurance. The legislation needs to be defeated and replaced with something that would protect the underinsured and those with no insurance at all, he said.

These include an act that would require middle schools to offer one elective in mental health and wellness, and legislation that would mandate the State Department of Health and Environmental Control promote regulations establishing maximum contaminant levels for certain pollutants in public water systems.

North Charleston resident Stephanie McFadden, who attended the breakfast with her 1-year-old, Xolani, said important issues like health care and student loan debt will ultimately shape her decision on which presidential candidate to support.

For months, Democratic candidates have flooded the Palmetto State in an attempt to gain voters' support ahead of the primary. Though Biden has made just under 25 stops to South Carolina on the campaign trail, the former vice president remains the front-runner in the state due in large part to support from African American voters.

Buttigieg, who is openly gay, may have a tough time connecting with older conservative black voters, some watchers predict.

Sharpton reflected on his own unsuccessful 2004 presidential bid, where he gained just under 10 percent of the vote in S.C.'s Democratic primary.

Comparing that to the fact that some candidates are struggling to make it to 10 percent in today's polls, Sharpton said he's proud that he was able to garner support by focusing on important issues.

"I took about one box of fried chicken and about two to three churches a Sunday, and got 10 percent of the vote," he said. "If you talk to the people, the people will respond."