William Parker, founder of Filbin Friends, points out the problems along Filbin Creek, including a history of flooding and polluted waters near local neighborhoods on March 5, 2021, in North Charleston. Andrew J. Whitaker/Staff 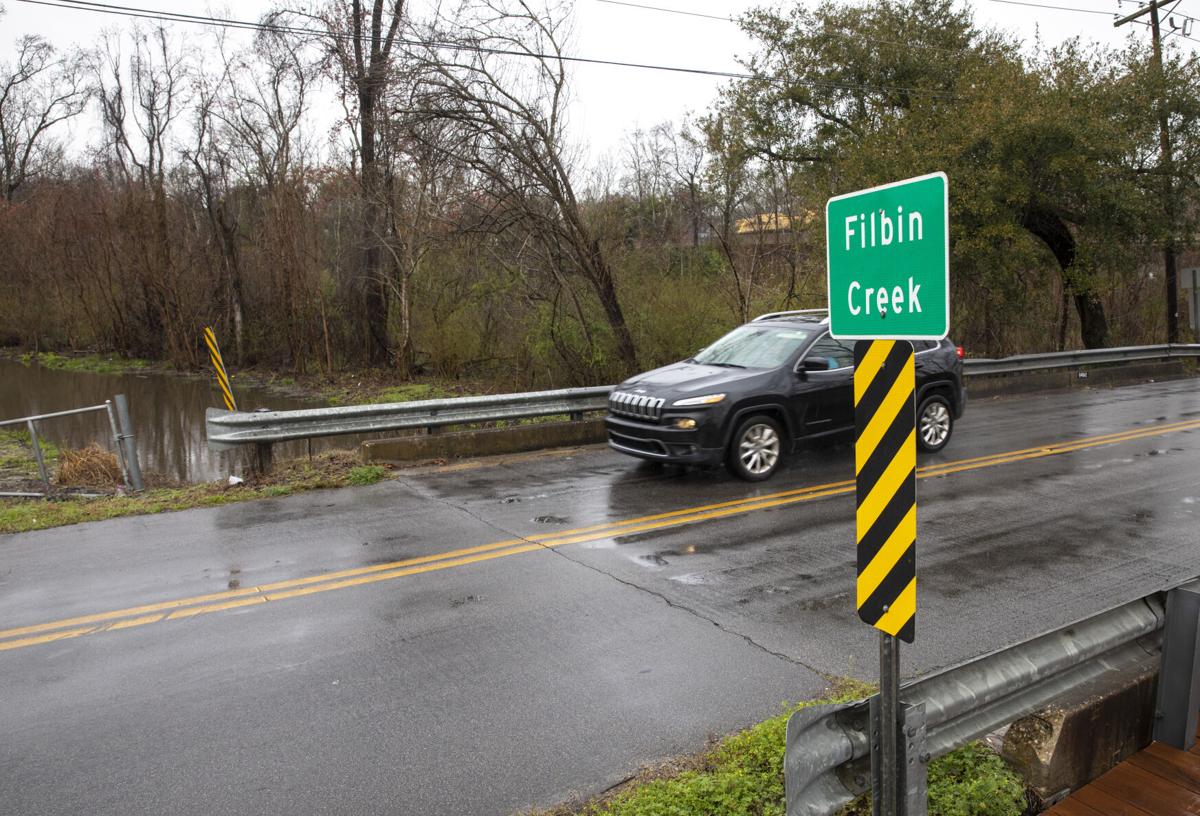 Plans for new development in North Charleston have residents fearing flooding could return to Filbin Creek. In the past, the waterway has brought high water levels to people's homes. A drainage study done in 2017 led to the installation of a flap gate at the creek by the state Department of Transportation. Andrew J. Whitaker/Staff 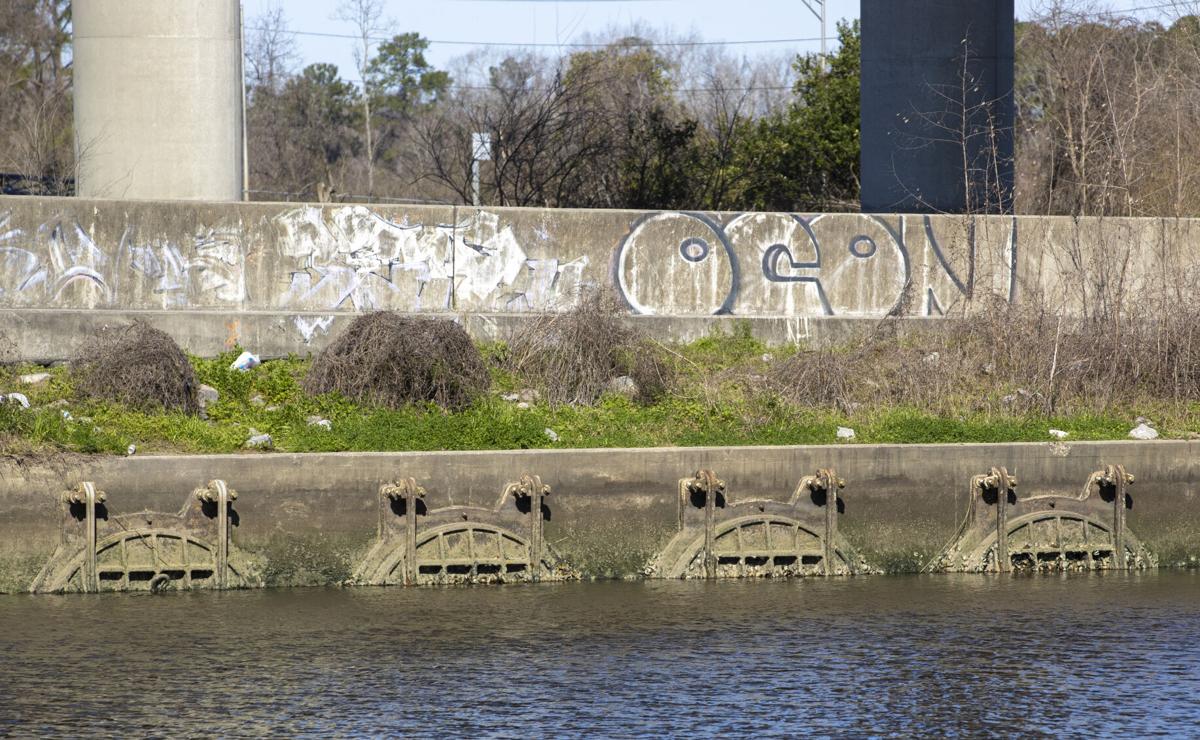 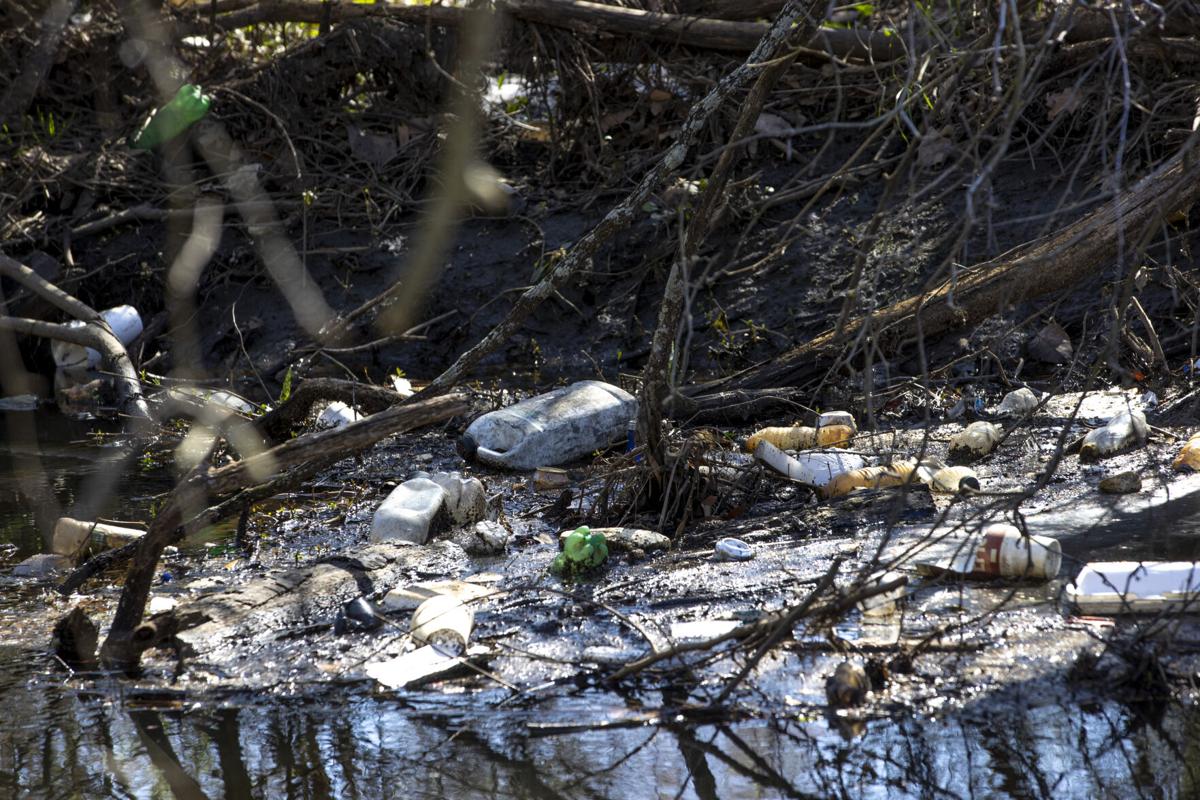 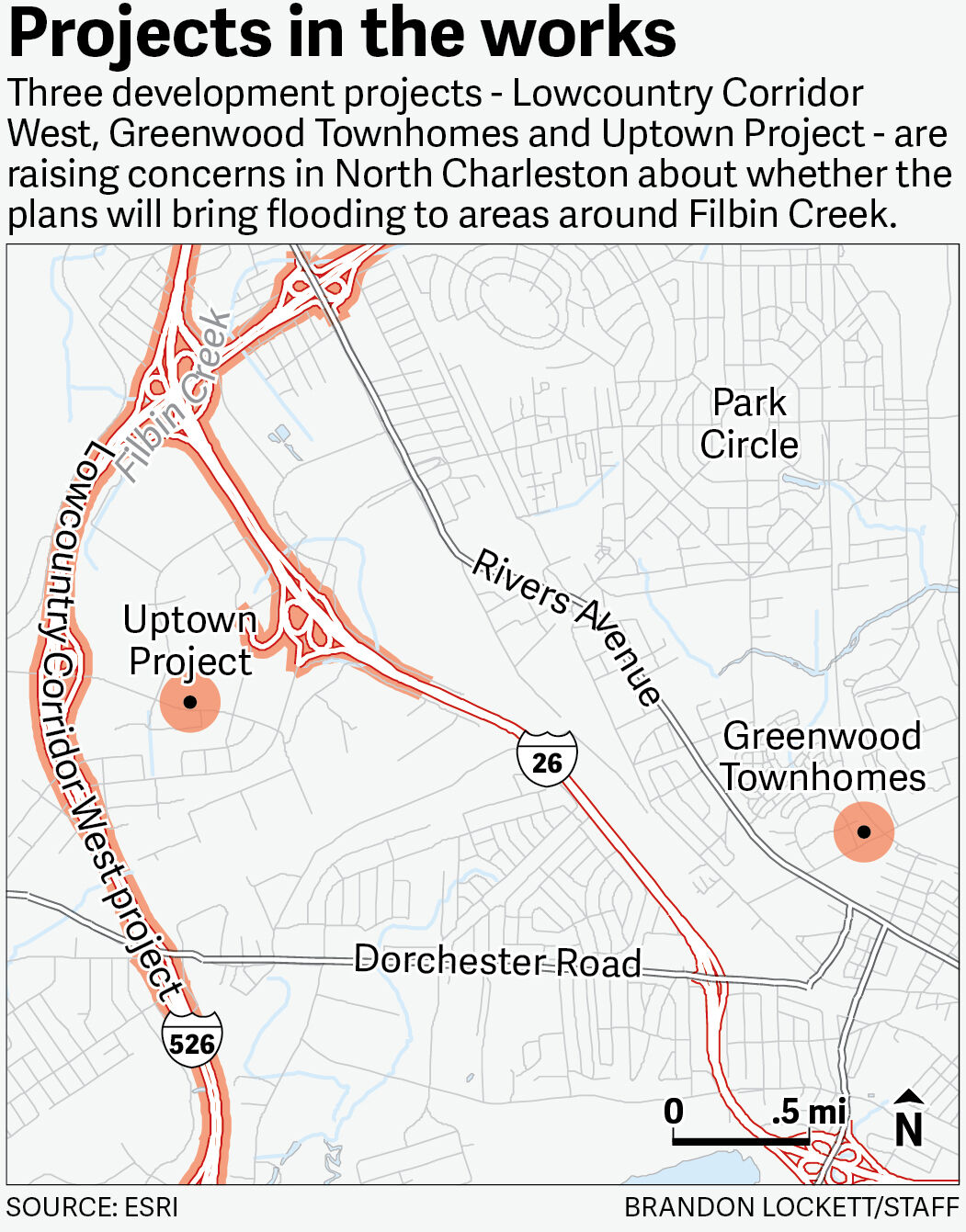 NORTH CHARLESTON — While residents near Filbin Creek say they haven't experienced any significant flooding for several years, developments on the horizon have them worried about just that.

New housing is planned around the waterway, which stretches 4½ miles and roughly follows the path of Interstate 526, emptying into the Cooper River. Those plans have people concerned about future flooding.

In North Charleston, the state's third-largest municipality that hails as a commercial and retail hub, at least three major projects are in the works near the creek, which falls within a Federal Emergency Management Agency Special Flood Hazard Area.

Plans to widen I-526, fill in wetlands near Tanger Outlets and build 200-plus townhomes are raising environmental concerns.

Elizabeth Mason is president of Cameron Terrace, a neighborhood near Filbin and also where several homes flooded in 2015. Mason, who rides throughout areas she calls "critical points" after rainfall events, said she's noticing more standing water in parts of the Filbin basin.

Mason said she fears the basin will reach a point where it overflows into surrounding communities, though that time might be years away.

"There comes a point where it just can’t hold it anymore," she said.

The city, project planners and engineers all say development standards are in place to prevent that from happening. Still, given the creek's history and the number of projects being planned simultaneously, an engineering firm that has long examined North Charleston's drainage issues says residents should have some level of concern.

"I would if I lived in the basin," said Michael Horton, chief engineering officer with Davis & Floyd, a North Charleston company hired in 2017 to conduct a drainage study on the causes of flooding in several communities and suggest fixes.

Residents, city officials and engineers all agree there hasn't been significant flooding since 2018, when a missing flap gate at the creek was replaced to help control water overflow.

Before then, it was a different story.

Like many homes across the state, the massive 2015 flood damaged many houses in North Charleston.

The memories live in the minds of residents who recall streets that looked like rivers and homes that had to be gutted after the storm. Mason recalls firefighters helping people out of their houses in Cameron Terrace.

The flooding prompted concern among residents. The city responded by hiring Davis & Floyd.

The 2017 study concluded the city should work with the state Department of Transportation to replace a missing flap gate at Virginia Avenue. The action would not reduce flood risk, but it would provide improved drainage performance and less flooding for more frequent storm events, the study said.

DOT replaced the gate, further helping to mitigate water overflow between the creek and the Cooper River.

"Since the flap gate has been fixed, those areas have not had any significant flooding issue," Mason said.

There was some speculation at the time over whether development over the years had caused water overflow, Horton said. But the study didn't look into the environmental impacts of new construction, Horton said.

Since the gate was installed, residents have increasingly critiqued the city's support of new development around Filbin.

During a recent Planning Commission meeting, North Charleston residents spoke out against a developer's request to rezone more than 20 acres near Remount Road. The developer wanted to build 222 affordable townhomes near Singing Pines, a close-knit residential community of detached, single-family houses.

Residents said the move could lead to flooding because it takes away acres of forest, which helps soak up water.

But people aren't just frustrated with the Greenwood Townhomes project, which City Council eventually paved the way for in a decision to rezone the land.

There are also concerns about a project shaping up at the headwaters of Filbin near Tanger Outlets, where the Army Corps of Engineers has approved the filling in of just under 30 acres of wetlands. North Charleston joined property owner Uptown LLC in an application to the Army Corps for the permit to fill in the land. The Uptown project calls for residential, retail and office space near the outlets.

Residents and the Coastal Conservation League think the project could increase the amount of water being flushed downstream near communities that have endured high water levels in the past.

And then there's the Lowcountry Corridor West Project.

The effort, which will widen I-526 to provide traffic relief, is the state's billion-dollar road plan that runs along the path of the waterway.

North Charleston resident William Parker feels the city has overprioritized development and that approach will have damaging impacts for those living around the creek, he said.

Parker is also worried about water quality. He's the founder of Filbin Friends, a group of concerned residents formed in 2017 to bring attention to flooding and infrastructure management around the basin.

He's also seen shopping carts, which leads him to believe there's trash traveling from the outlets complex, which is also home to a Walmart and Sam's Club.

Parker thinks the problem is a city code-enforcement issue because there's no fencing to keep the trash from blowing into the drainage basin. He feels there should be some mitigation techniques for the litter, especially as Uptown is being planned.

He's also witnessed several car parts in the water. Referencing nearby I-526, Parker said, "stuff just comes off of it."

Parker said there needs to be greater emphasis on controlling trash, which impacts water quality and flooding.

"If there was some kind of importance placed on where the waste is going, it would make a huge difference," he said.

Engineers who designed the Greenwood development said the project will reduce the amount of stormwater runoff into the creek. City spokesman Ryan Johnson echoed that point, while also noting the project will improve water quality flowing into Filbin.

Near Tanger, the Uptown Project is estimated to  increase the water level in the creek during peak rain events by an eighth of an inch, Johnson said.

In addition to developers being required to retain any stormwater impact to their site, projects are also "well-vetted" before they are approved, Johnson said.

Plans pass through multiple city departments and have to adhere to state standards, he added.

The city also believes the area closest to Filbin is tapped out with property that can be built on. Johnson said, one would "be hard-pressed to find new developable sites" at the basin.

“I think we have to rely on the science and the engineering with these developments," he said. "If we're going to rely on science and strong development standards, we’re pretty comfortable with where Filbin Creek is today.”

But some residents aren't as concerned with individual projects accounting for their own environmental impacts. They are frustrated with what they anticipate will be cumulative effects of multiple projects.

Horton said he understands that perspective but thinks North Charleston has "some of the most progressive stormwater ordinances in place."

He specifically mentioned a stormwater requirement that calls for digging flood-storage space whenever a natural flood plain is filled in, he said.

The rule applies to the Uptown Project, Horton said.

DOT is also aware of residents' concerns around the creek.

The state also plans to replace a culvert at Rivers Avenue, which should help address the issue of debris buildup in the creek, Riley said.