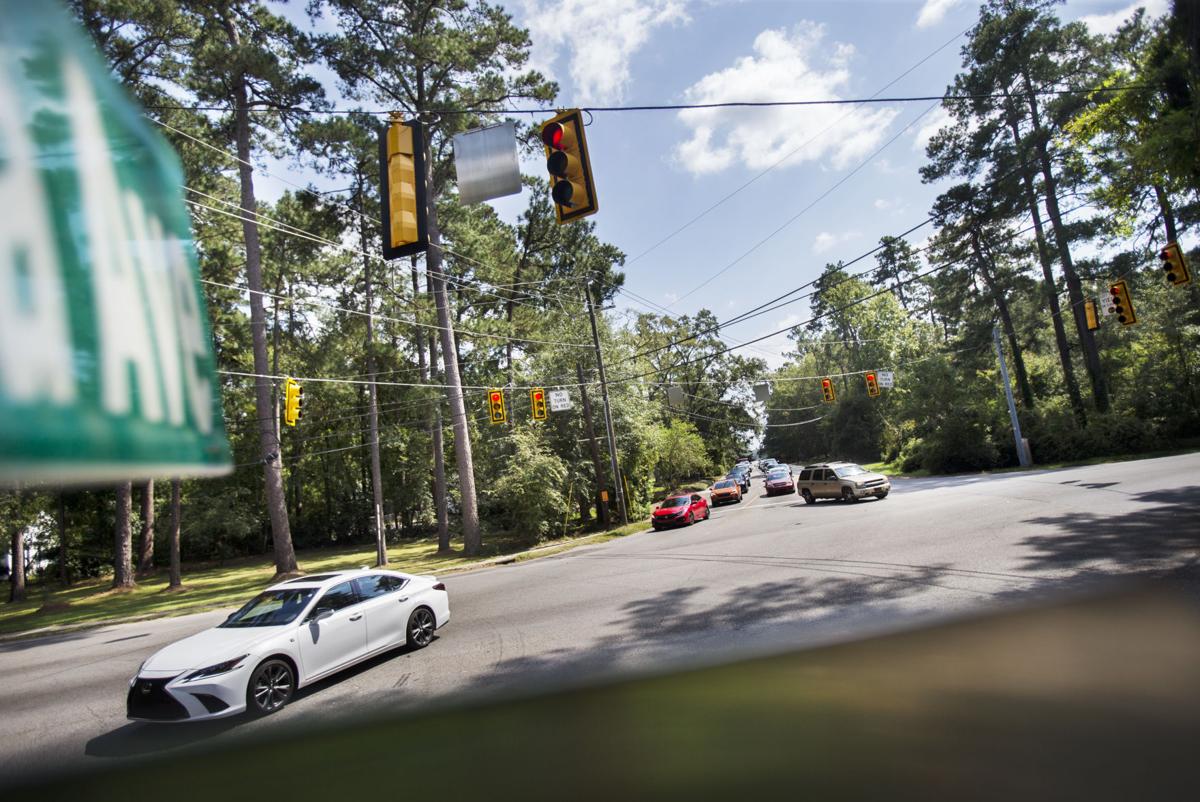 Traffic crosses an intersection on Friday, September 27, 2019, in Summerville where a roundabout has been proposed to be built by the S.C. Department of Transportation. Residents in the neighborhood are upset the change will cause them to lose portions of their property. Gavin McIntyre/Staff 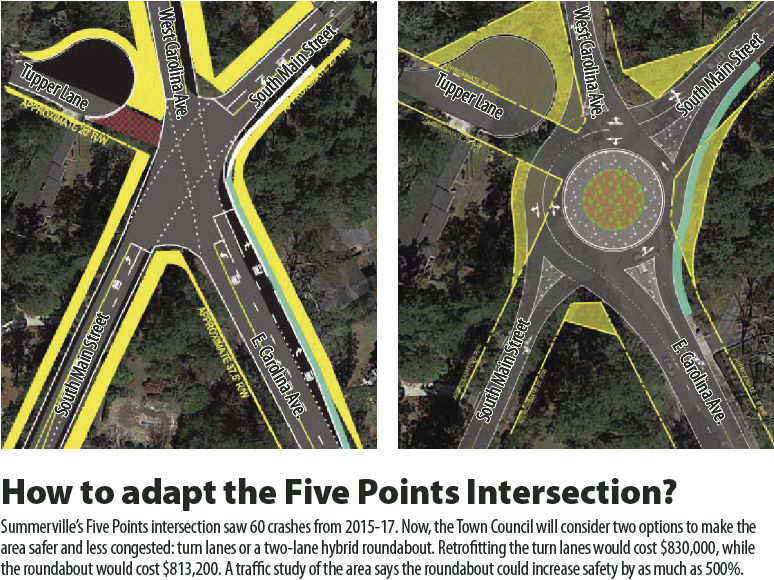 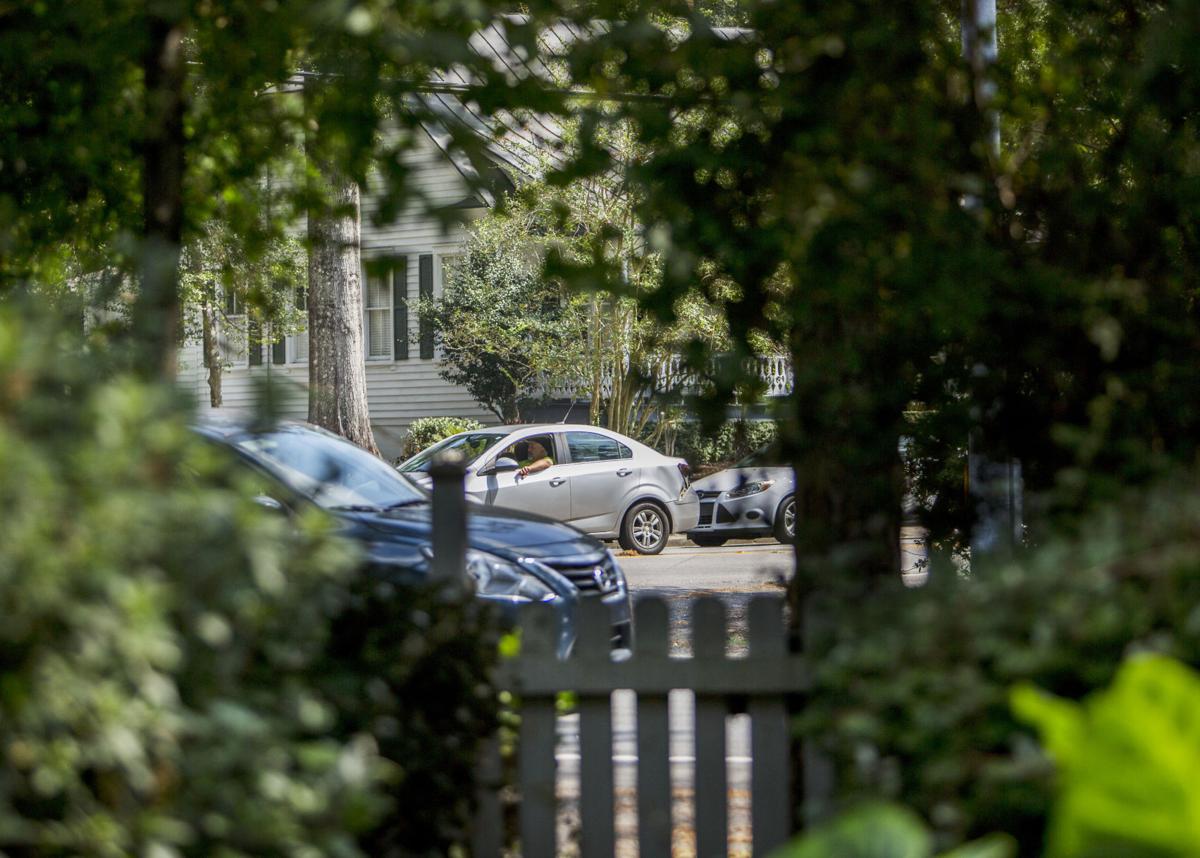 Traffic at the intersection of East Carolina Avenue and South Main Street can be seen from the yard of Diane Sarrocco on Friday, September 27, 2019, in Summerville. A roundabout proposed to be built by the S.C. Department of Transportation will cause Sarroco to lose portions of her property if approved. Gavin McIntyre/Staff 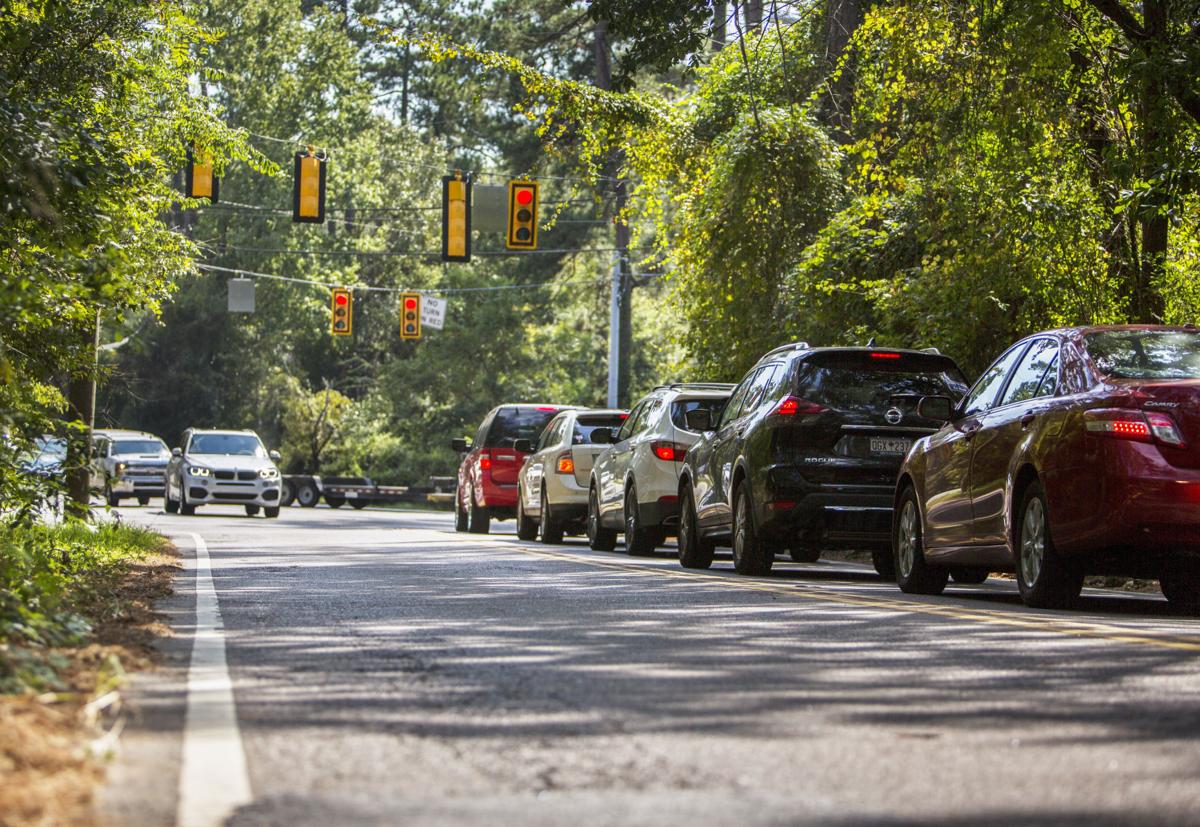 Traffic stops at an intersection on Friday, September 27, 2019, in Summerville where a roundabout has been proposed to be built by the S.C. Department of Transportation. Residents in the neighborhood are upset the change will cause them to lose portions of their property. Gavin McIntyre/ Staff

Traffic crosses an intersection on Friday, September 27, 2019, in Summerville where a roundabout has been proposed to be built by the S.C. Department of Transportation. Residents in the neighborhood are upset the change will cause them to lose portions of their property. Gavin McIntyre/Staff

SUMMERVILLE — Diane Sarrocco has lived in the town's historic district for the better part of 33 years.

She built a house in 1986 just around the corner from her current residence on South Main Street, where she lives two doors down from her daughter. Her home was her retirement plan, she said.

Now, she said, that plan is somewhat in limbo since just beyond her front yard lies the Five Points intersection where Town Council is debating putting in a roundabout that would take 20 percent of Sarrocco's property by her estimates and based on early designs of the proposal.

"I don't want this to be the guinea pig for the town," she said. "They're going to do all of this just so someone can get somewhere 5 minutes faster."

Sarrocco's home faces the intersection, which has seen 60 crashes in three years. Her front yard is flanked by towering live pine trees that would have to be cut down to accommodate the roundabout. The trees and other thick foliage provide a buffer between the traffic noises and the cars themselves.

A truck once ran into a swath of thick bamboo stalks on the westernmost edge of her yard. It stopped the truck from going into her front yard, and possibly worse, Sarrocco said.

If the roundabout is ultimately approved, all of that planting would have to be cut away.

Most concerning for Sarrocco is that the roundabout would encroach within 38 feet of her front door — which she mentioned she cannot change its dark red color without permission from the town.

"We don't have amenities here. We come (to the historic district) by choice because this is the lifestyle we want," she said. "This was before I knew the impact on me was that they're changing the identity of the historic district. This is not what we bought into by coming here. But it's changing my identity, too."

Sarrocco and her neighbor Brian Goldsberry stand to lose the most property if the roundabout does ultimately get built, as their yards border the traffic-heavy intersection. The town would have to pay property owners for the land they take for the project as is required by eminent domain laws, but Sarrocco — who works in real estate — said what they would get paid doesn't come close to how much value they will lose on their properties.

Summerville Town Council earlier in September authorized the Public Works department to spend $25,000 to design the roundabout with the caveat it may still vote down the project. The design process is expected to take 6 to 8 months.

Since then, Goldsberry said he has heard construction could take eight to nine months of work on nights and weekends. Not only that, but it would encroach on a cottage Goldsberry and his wife Emilie have on the edge of their property he said they've been hoping to rent.

"We bought here because we wanted an old house, we wanted the historic value and the appeal. I love the fact that there are all the trees around us," he said. "To lose a third of my trees, along with everything else impacting my home and the property and the cottage, just the overall aesthetic of my yard will be changed forever. You can't grow trees like this in any of our lifetimes."

Despite both of their concerns, Goldsberry said he remains convinced Council will ultimately decide to make a change to Five Points.

"Something is going to happen whether it's a roundabout or not," he said. "But I'm fairly confident it will be a roundabout."

Councilman Walter Bailey, whose district includes the Five Points intersection and some of the historic district, has been hesitant about moving too fast on the project during the entire process. He has said at multiple council meetings he wants to see final designs and property impacts before deciding which way to vote.

In a dream world, he told The Post and Courier at the last Town Council meeting Sept. 12, Summerville would be able to finish the final leg of the Berlin Myers Parkway extension, which has been delayed by federal permit issues since 2006. Doing so would take pressure off Five Points to the point where a roundabout may not be necessary.

“But there’s no guarantee that’ll ever happen," he said. "And, in the meantime, we’re continuing to grow at a pretty fast rate.”

Retrofitting a roundabout into the intersection would cost about $813,200. The town already has that money in its public works budget for the fiscal year.