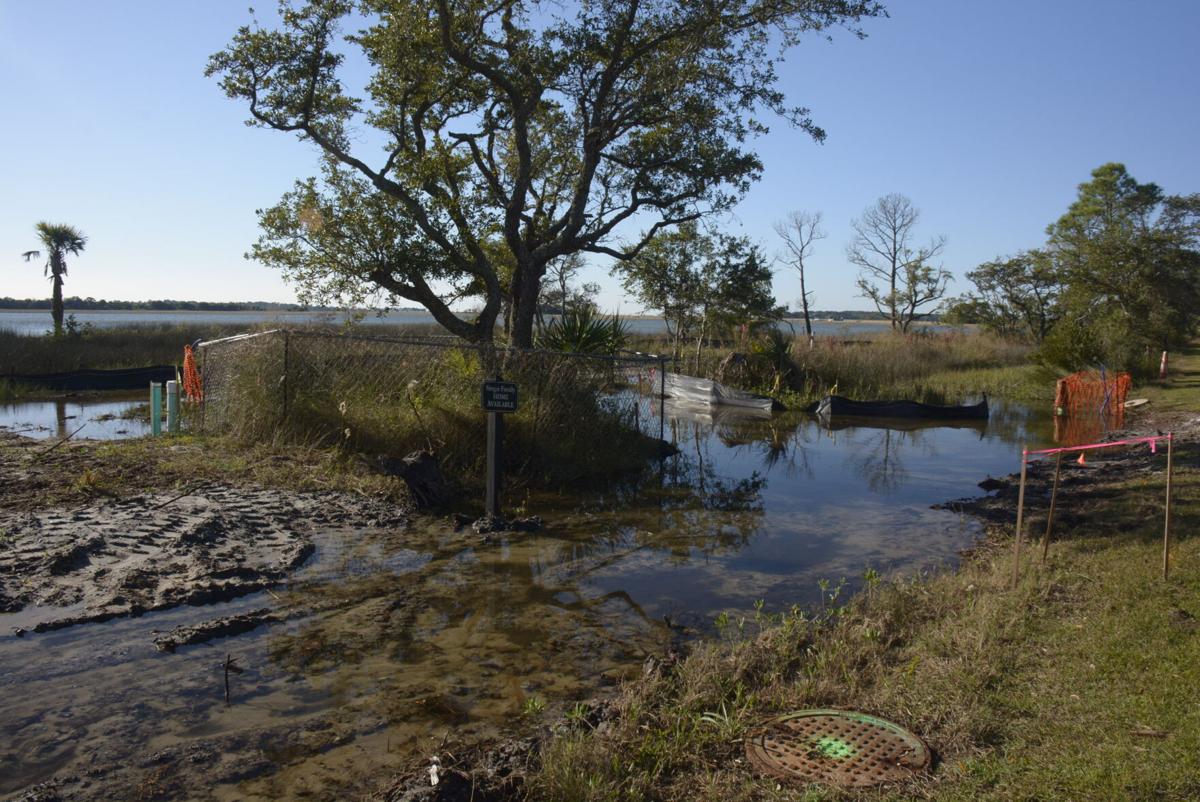 King tides have revealed the vulnerable nature of this low-lying property on Bowens Island Road, seen here during tidal flooding on Nov. 15, 2020. The Department of Health and Environmental Control is reviewing what parts of the land can be developed. Richard Beck/Provided 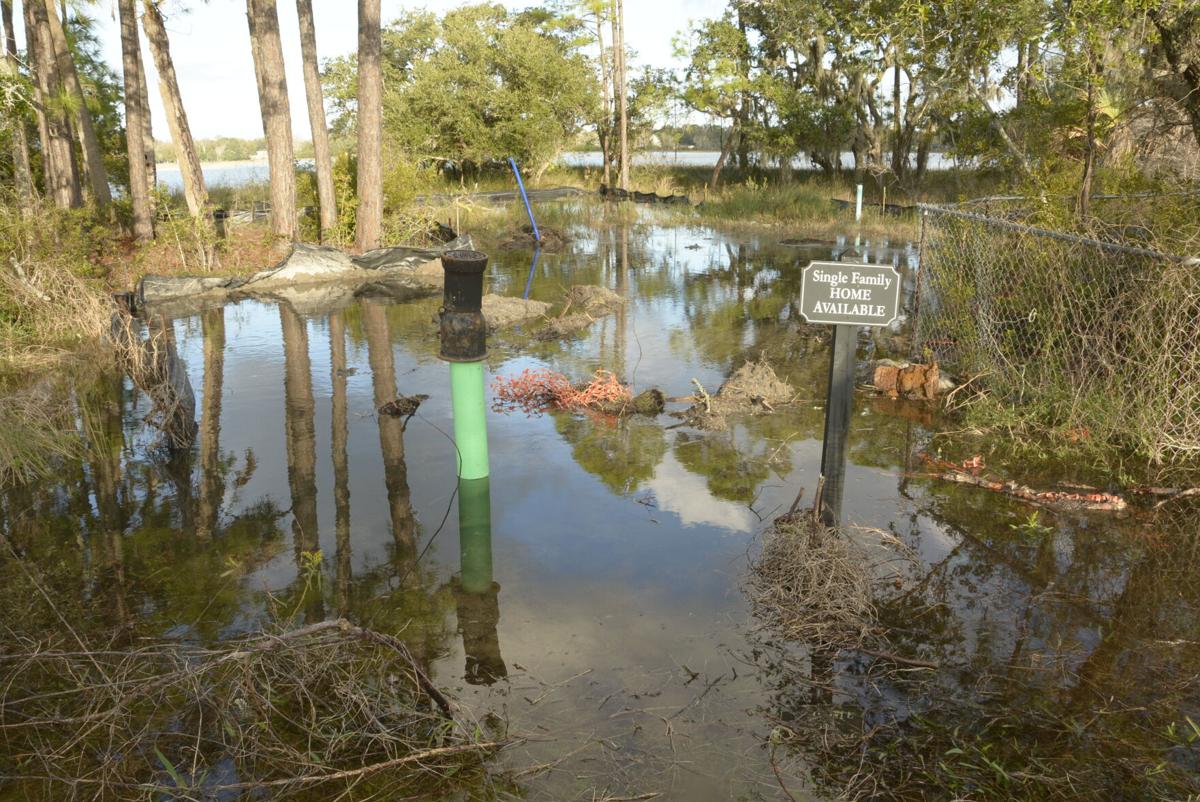 The owner has the permits needed to clear the site and start putting in water and sewer lines, work that began last month. But those permits were first issued in 2007, and don't expire until next year — underscoring the large window given to landowners to build on their property, even as ocean levels rise and push protected tidal lands onto higher ground.

The situation is not an uncommon one, said Emily Cedzo of the Coastal Conservation League, who added that the advocacy group has heard of similar situations all around the coast.

With sea-level rise, "We all are well aware that this is only going to continue to intensify with time," Cedzo said.

City officials in Folly Beach say they don't have authority to intervene at the site, where tidal flooding has been observed at least five times in the past month during the higher-than-average tides that arrive in the fall.

The state Department of Health and Environmental Control, which approved the permits, sets the boundaries of protected tidal areas like marshes, and is reviewing the lines on the site now to see how they have moved, the agency said through a spokeswoman.

Folly Beach officials says they can't do much at the present.

"We don't have any mechanism to go down there and put a stop work on there because it flooded," Folly Beach City Administrator Aaron Pope said.

The city does have a rule about septic systems that get inundated, but that doesn't apply on this site, where there are sewer connections.

Thousands of buildings in SC are lower than FEMA wants. That's unlikely to change.

The property is owned by Clam Farm Partnership LLC, and is adjacent to the existing Preserve at Clam Farm development, at the corner of Bowens Island and Folly roads. Timothy Stewart, the agent of record for the limited liability company, did not respond to emails and phone calls.

DHEC officials have also visited the site and found that in one section workers had damaged marsh plants. Spokeswoman Angela Crosland wrote in an email that "there has been no indication that these impacts were intentional."

Nearby resident Richard Beck takes morning walks through the area, and has taken pictures of the recurring flooding. In the most extreme case — a major high tide that measured over 8 feet in Charleston Harbor on Nov. 15 — most of the properties adjacent to Bowens Island Road seemed to be covered with water.

Current Mayor Tim Goodwin also said the city doesn't have a way to intervene, but was skeptical of developing land that floods. He lives next to a marsh and said he installed a bulkhead on his property to stop water from seeping under his house, which has become more and more frequent in the last five years.

"I think it’s not wise," he said. "I think whoever buys that property’s going to be in for a rude awakening if they don't do some due diligence ahead of time."

The construction of new homes would be just the latest phase in the Clam Farm project, which started in the early 2000s and already includes dozens of condos closer to Folly Road.

City officials said the current owner has indicated it plans to sell the lots after site work is finished to Stanley Martin Homes, which would eventually end up building the new houses.

The company has a web page describing a new project as "The Cove at Folly Beach," which includes an aerial picture of the property in question and describes "brand new single-family homes & townhomes starting from the upper ($400,000s)."

Roger Hunt, of Stanley Martin Homes, denied that the firm was the developer and said in an email that "we have no comment that can help you with this story."

As DHEC continues to mull the new boundaries of the marsh on the site, Cedzo said it's unlikely the final decision will rule out development entirely, based on how the agency has worked in the past.

She said this case points to some needed reforms — mapping the boundaries of marshes more frequently, as well as issuing permits that are active for shorter periods.

"It certainly serves as a really urgent and cautionary tale," she said.