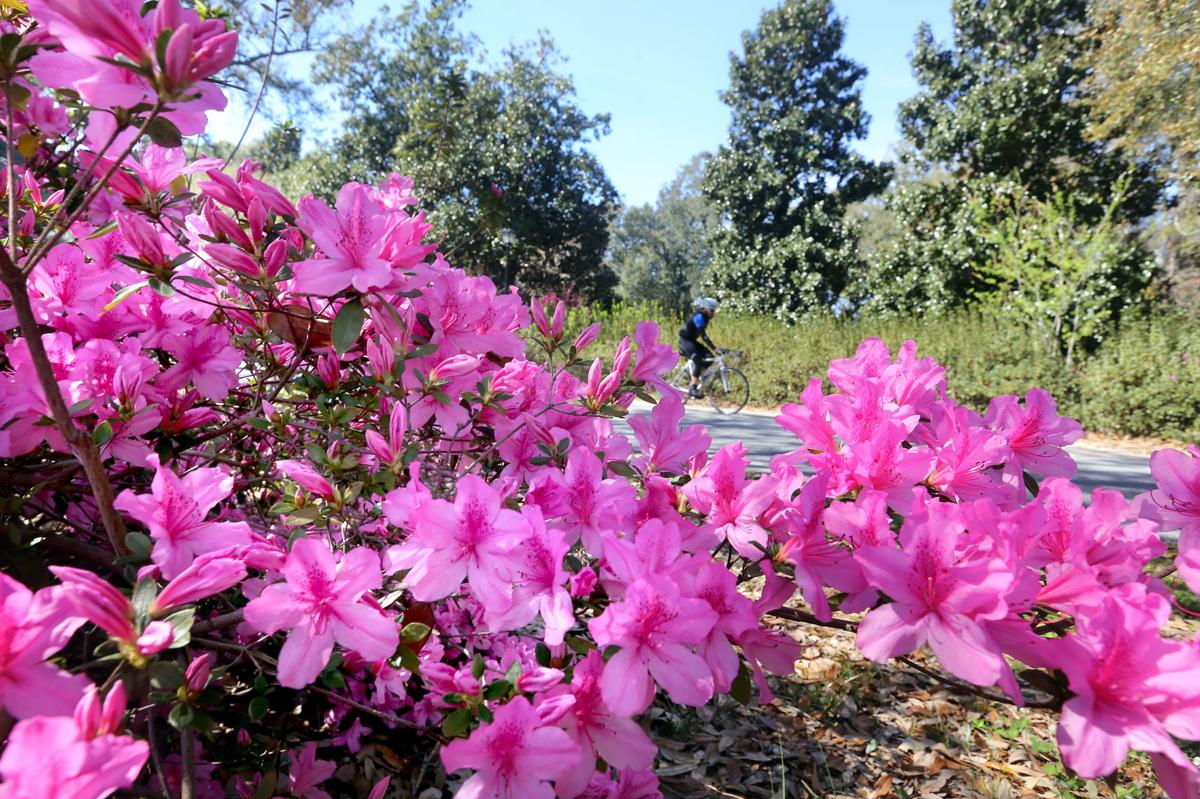 A bicycles rides around Hampton Park Saturday, February 15, 2020. The recent warm up has the azalea bushes blooming in the Charleston area earlier. Brad Nettles/ Staff 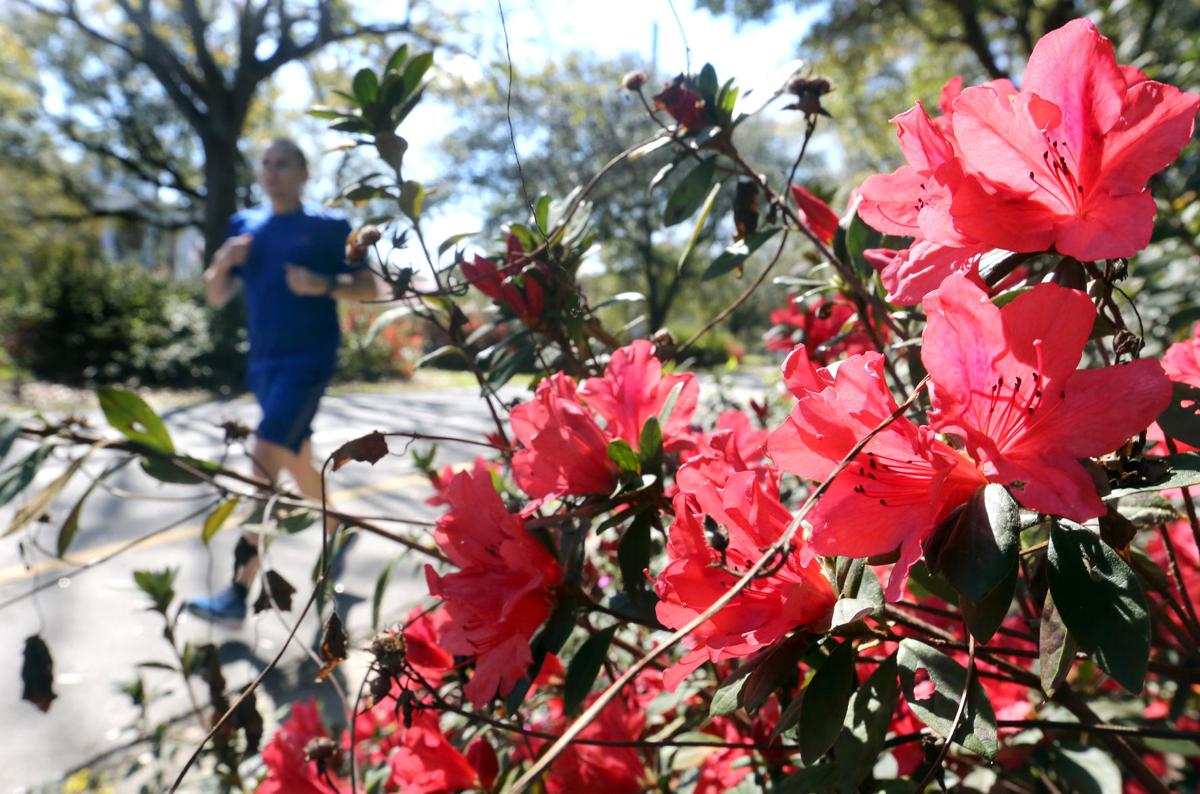 A man takes a jog around Hampton Park Saturday, February 15, 2020. The recent warm up has the azalea bushes blooming in the Charleston area earlier. Brad Nettles/ Staff

A model from the USA Phenology Network, which studies the onset of spring, shows plants producing leaves as much as 20 days early from western Texas to Virginia. Provided/USANPN 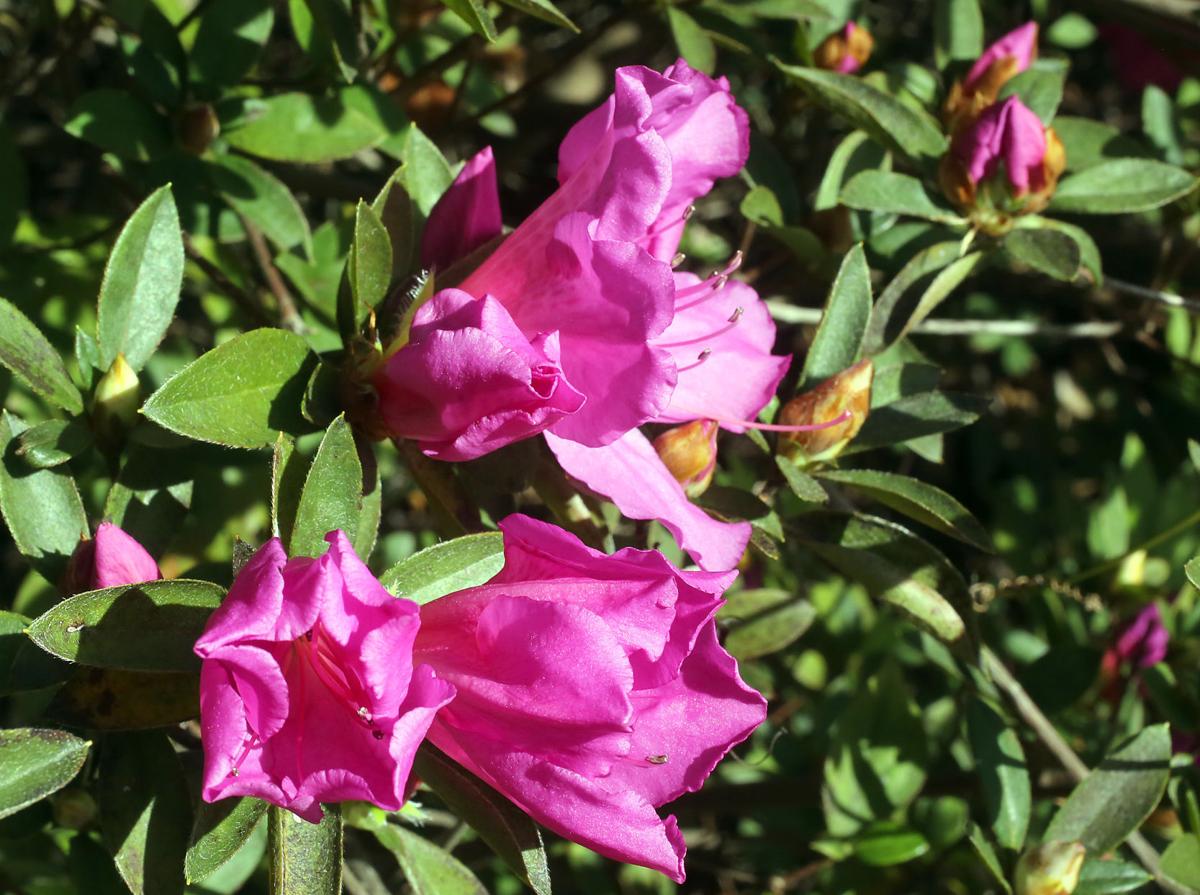 The recent warm up has the azalea bushes blooming in the Charleston area earlier. Brad Nettles/ Staff 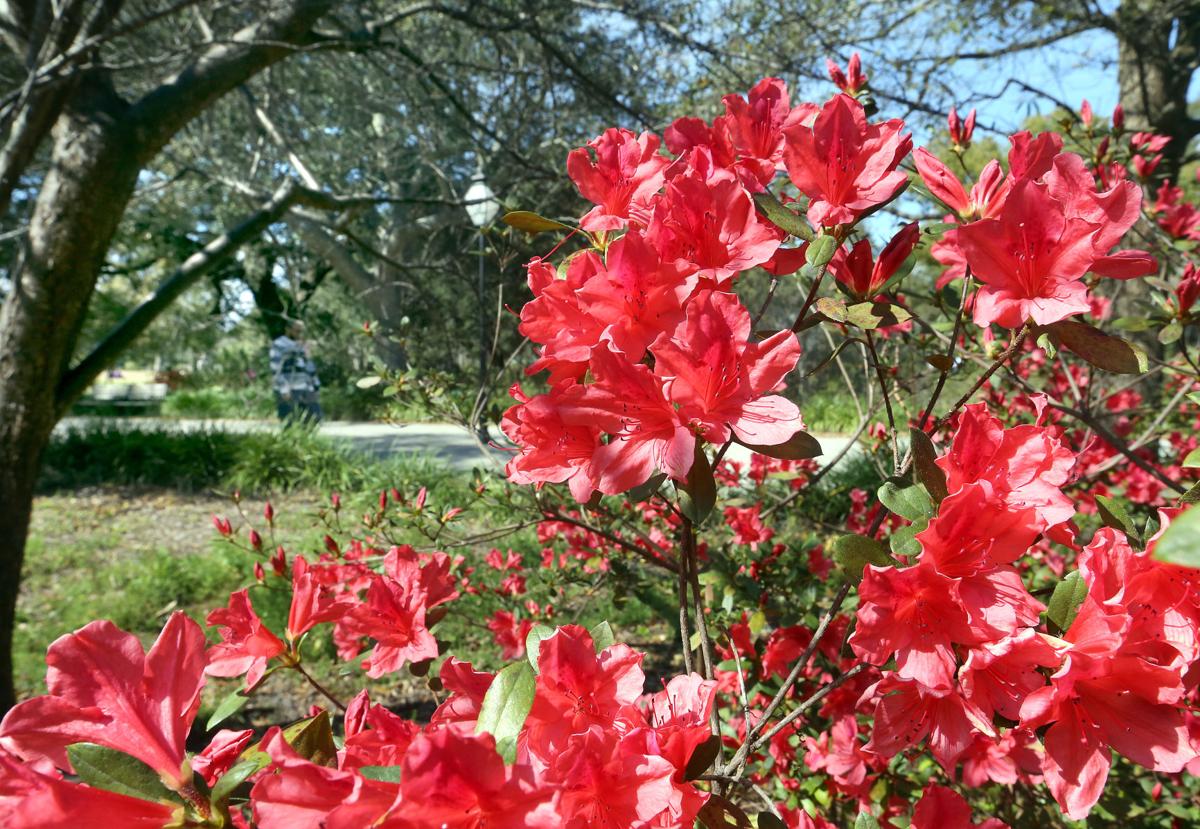 A couple walks around Hampton Park Saturday, February 15, 2020. The recent warm up has the azalea bushes blooming in the Charleston area earlier. Brad Nettles/ Staff

A bicycles rides around Hampton Park Saturday, February 15, 2020. The recent warm up has the azalea bushes blooming in the Charleston area earlier. Brad Nettles/ Staff

A man takes a jog around Hampton Park Saturday, February 15, 2020. The recent warm up has the azalea bushes blooming in the Charleston area earlier. Brad Nettles/ Staff

The recent warm up has the azalea bushes blooming in the Charleston area earlier. Brad Nettles/ Staff

A couple walks around Hampton Park Saturday, February 15, 2020. The recent warm up has the azalea bushes blooming in the Charleston area earlier. Brad Nettles/ Staff

While a few days this winter have already set high-temperature records, Charleston and much of the rest of the Southeast have hit another notable milestone: Plants are waking up far earlier than they usually do.

A map released this week by the USA Phenology Network shows a striking pattern from western Texas to southern Delaware. In some areas, plants have reached "leaf-out" — the point where winter-dormant species produce new greenery — weeks ahead of historical schedule.

In Charleston, it's been 17 days earlier than the average leaf-out time over the past 30 years.

Columbia got a 23-day head start. In the area around Greenville, plants popped anywhere from a week to 16 days early.

The Lowcountry's early-blooming plants have also started putting on a show, but that trend does not extend to much of the rest of the state, according to the Phenology Network's models. Historically, the first blooms in the Holy City are seen around March 3, but azaleas are already bursting out of shrubs around the city.

"The fact that it’s been really warm means that we’ve seen really strong response in plant activity, and it tends to start much earlier," said Theresa Crimmins, executive director of the Phenology Network.

The warm trend may have brought a pleasant flush of flowers for Valentine's Day, but vulnerable plants will now be at risk of damaging frosts later in the season. One example is peach trees, which were nipped in a devastating 2017 cold snap that destroyed most of South Carolina's crop.

Kyle Tisdale, director of the S.C. Peach Council, said buds formed about two weeks early, but schedules vary depending on where growers are in the state. In a few cases, buds are in "first pink," when an initial peek of color emerges; the flowers are most in danger when they're completely open.

"It is concerning, to an extent, that (buds are) opening up," Tisdale said. "It is still really early, and we have a long way to go until Easter," when most growers are confident they'll no longer face a frost.

So far, winter in the state has stayed relatively warm. A rigid jet stream has blocked arctic air from plunging down the eastern Eastern United States, said Greg Carbonne, a climatologist at the University of South Carolina.

Separately, average temperatures around the globe are slowly rising with climate change, which scientists have linked to man-made carbon emissions that blanket the atmosphere. Data from the S.C. State Climatology Office shows that from 1901 to 2015, average high temperatures in winter have trended warmer in most places around South Carolina. The National Oceanic and Atmospheric Administration also reported that this January was the hottest logged around the globe in 141 years of record keeping.

Scientists project that winters will continue to shorten, said Kirsten Dow, a professor at USC who contributed to the most recent National Climate Assessment. That likely means a longer allergy season, Dow said.

As of Friday morning, yellow pine pollen was already dusted on car windshields in Charleston.

Pests arrive earlier, too. Charleston County received seven times as many requests for bug spraying this January as last, spokesman Shawn Smetana said, and has already surpassed the requests made in all of last February.

"It is common to find gnats at a lot of the service requests this time of year," Smetana said. "We had identified some salt marsh mosquitoes already this year. We usually don’t see them until later in the spring."

But while many plant and animal species are responding to earlier temperatures, some don't react as quickly, Crimmins said, instead waiting for daytime light to lengthen. That brings the possibility that animals relying on early-blooming plants might miss them.

Pollinators like bumblebees are among the most at risk of this missed window, according to a 2018 review of scientific research on the topic.

The Phenology Network's projections are based on a mathematical model that tracks the temperature tipping points likely to spur plants into producing leaves and buds. But scientists are always looking for on the ground observations to verify their work.

This interested in participating in the network can submit pictures of local plants at naturesnotebook.org.